It’s not all about Customs

Bernie spent many years as a Customs Officer, but occasionally got to do other things, as in this story.

February 1978, Cyclone ‘Verne’ was bearing down on Broome.

In the two days prior to the expected arrival of ‘Vern’, 25” (635mm) of monsoonal rain had been dumped on Broome and the surrounding area. Not only did this create havoc in Broome and Derby (also cut off by the floodwaters) but it completely flooded Roebuck Plains and therefore the only road into Broome.

The rain had started on the Saturday and the freezer trucks bringing a lot of the provisions into Broome usually arrived on a Monday. Not this particular week; a freezer truck had become bogged way out on Roebuck Plains and the only way to reach it was by boat.

A call was put out to local residents and Government Departments who had boats to help in retrieving the perishable food, provisions, and the all-important beer and conveying it to Broome. Obviously, the Customs Marine Unit was one of the first to respond, to assist however we could.

It was a case of many hands making light work … 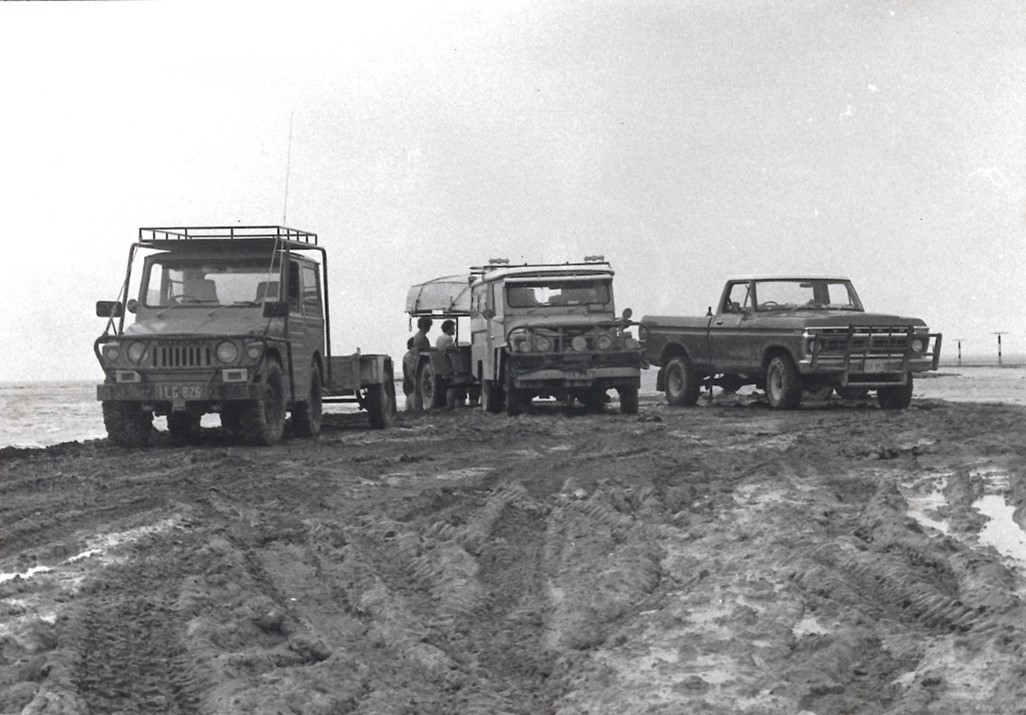 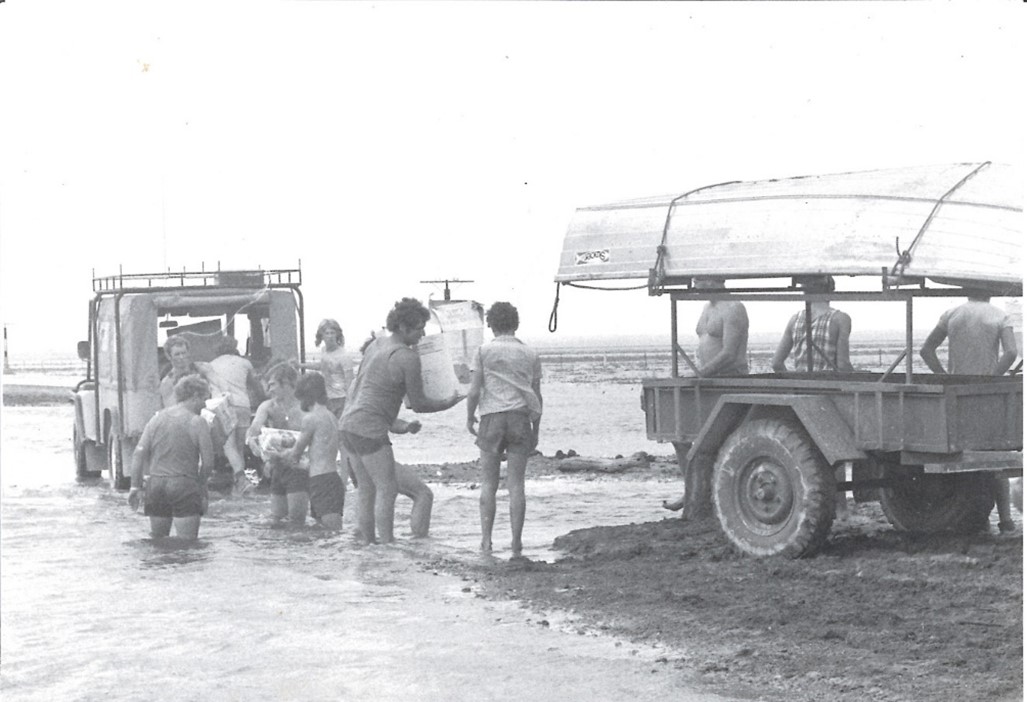 That’s my Suzuki and trailer on the left!

John Simpson (from Melbourne), Ross Blackall and I conveyed ACV Jacana’s dingy, atop the Department’s Land Rover, as far as we could to the edge of the floodwaters, then launched it and made our way across the flooded Roebuck Plains to the bogged road train. We and nine other dinghies and their volunteers made the crossing numerous times to cart all the provisions across the flooded plain.

There were not many dry places left out on Roebuck plains! 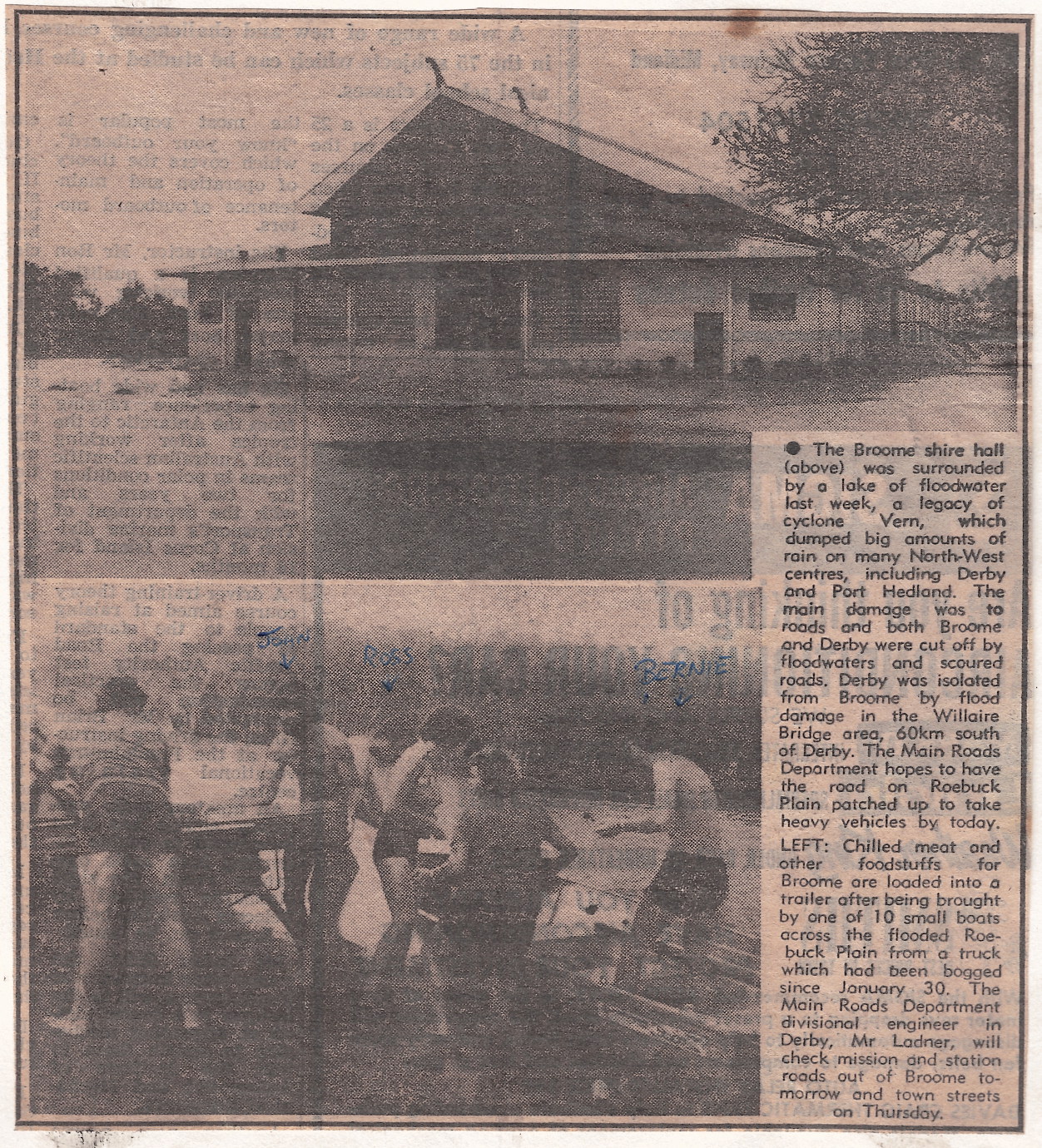 The various items were loaded into vehicles on the Broome side and then transported into Broome. As well as the Department’s Land Rover, I had my Suzuki Sierra 4×4 and trailer to assist with carting the perishables, beer and other goods back to Broome.

One memory that stands out was the complete lack of dry areas for the local wildlife. In the photo above you can see the back leg of a goanna already up the post and what I think is a legless lizard attempting to get on to the post via the back of a second goanna. 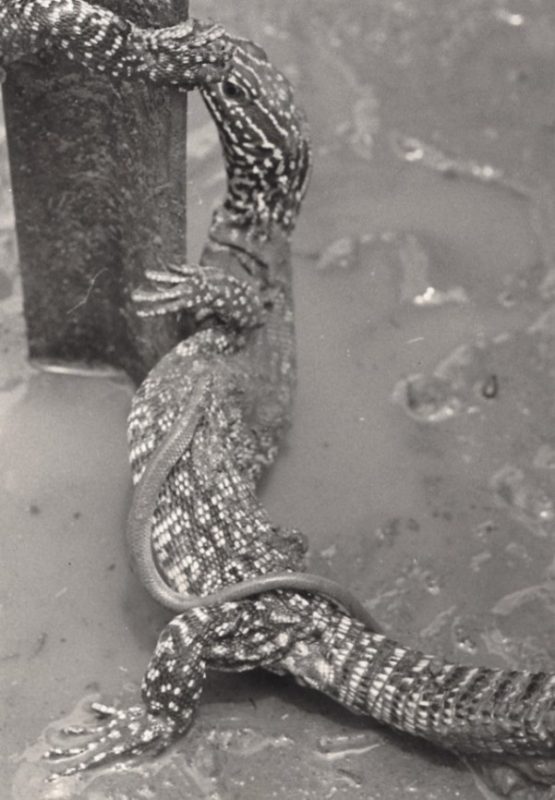 From memory all the frozen food, beer (without which the Kimberly would simply have stopped) and other provisions were successfully transported from the bogged road train into Broome.

A few days later the bogged road train was also retrieved as the flood waters receded and the road to the outside world was opened up again.

So, not everything we did in Customs revolved around administering the Customs Act – sometimes it was even more important…