When Fremantle-based senior artist Theo Koning passed away peacefully on 14 March this year, at his request, a private family funeral was held and memories shared. 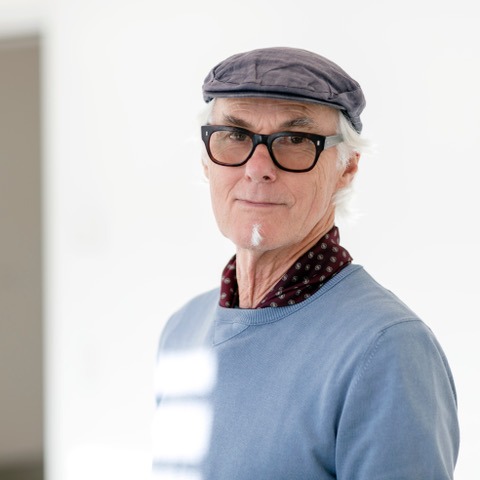 Tommy Cordin, his life partner since the late 1970s, says she has been overwhelmed by so many loving and supportive messages from friends, family, neighbours, past students, and members of the WA art community. “The recurring themes referred to Theo as a beautiful, kind, gentle, humble and unique man, as well as a brilliant artist. He was held in high regard by his peers as an inspired artist contributing significantly to the Perth art scene, and also by younger artists as ‘a great mentor.’ Past students have told me he was a generous and much-loved teacher.”

His final exhibition, Mono no aware, held at Art Collective WA in Perth’s Cathedral Square, closed on 5 March, just over a week before his death. It marked the influences of his long practice – works on paper, card and canvas, but more particularly, wood and paint, used deftly in assemblages. His impressive collection of often nondescript objects, cut-offs, and found and collected forms over years and decades, became inexplicably charged with life, poetic ponderances, or laced with humour under his hand.

Theodorus Jacobus Koning was born 24 September 1950 to his German mother, Christine Alexandra Koning and his Dutch father, Cornelis Franciscus Koning in Avenhorn, Holland, in the house of his father’s parents. A brother Johannes (John) was born in 1953, also in Avenhorn, and the same year the family of four migrated to Perth, departing Rotterdam on the ship Sibajak.

From 1954 the family rented homes in Claremont and Graylands, while Theo’s father, a former gardener, working as a bricklayer, later buying a milk round, which provided the family with a more steady income. In 1957 his sister was born and the family moved into a house they purchased in Claremont. Another two boys, Alexander and Franciscus, were born in 1959 and 1962.

In 1965, after two years at Hollywood High School, and struggling with dyslexia, his father thought it better Theo contribute to the family income, and secured for him a five year apprenticeship as a wood machinist at WE Young & Company Tru-Style Furnishing. Though mundane, it was here where he gained wood working skills, which would later prove fundamental to his art practice.

In 1968, somewhat accidentally, he enrolled in an evening sculpture class at Claremont Technical College, with Hans Arkeveld as his lecturer. Hans became his mentor and his introduction into the Perth art scene. Hans says though the class was cancelled due to a lack of students, they clicked straight away, not only because both were of Dutch heritage, and they met often. Hans says there were experimentations in art by the two, and many memorable parties during that time, with both sharing a similar humour. “We went bush a few times to draw, and on a lonely road towards Sandstone, with no sign of life at all, we painted a zebra crossing on the road. Apart from sharing a similar sense of humour, he was a really lovely guy, and we loved to keep in contact, but we did get up to a lot of mischief in those early days!” 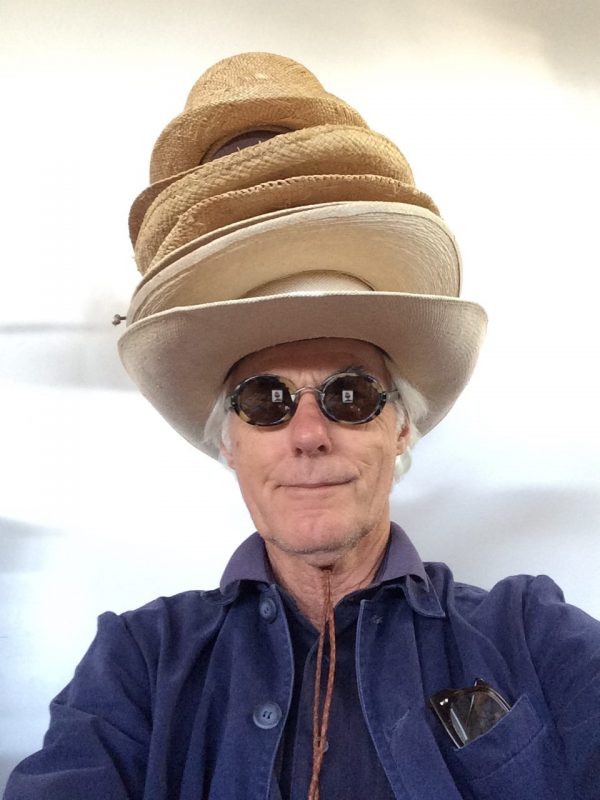 Theo often said going to art school was a pivotal moment in his life. A whole new world opened up to him, and he expanded his interests, not only to art, but also to literature, poetry, architecture and design.

In March 1970 he finished his apprenticeship. The following week he began full-time art studies at Claremont, while his father, disappointed, wondered how he would survive. After the first year he was awarded a Commonwealth Scholarship, moved out of home and lived in a series of shared houses with other art students.

In 1972 his parents and his three youngest siblings returned to Germany. Theo and his brother John stayed behind in Perth, and together moved into a run-down house in Subiaco until he bought a property in Chidlow, and later in Fremantle, where he has lived with wife Tommy since 1981. He taught at Curtin University then Perth Central TAFE when their children, Rupert and Mitzi were small.

In the early 2000s he studied Horticulture at TAFE and started gardening, until he was awarded a residency in Basel in 2015. Tommy says his six-month residency (with shorter residencies in 2017 and 2019) had an enormous impact on him and his art practice. “The experience helped him reconnect with being European, and he would often say that he really felt he belonged there. He felt there was ‘a sense of coming home.’”

“I think Basel did change him, and changed his art sensibility. When he returned to Perth he was energised, and had a changed approach to how he made and exhibited his work.”

His exhibiting career followed a highly regarded installation From Winter Storm 1 at PRAXIS in Perth in 1975, and his first solo was held at the Undercroft Gallery at UWA in 1977. He continued to exhibit regularly with numerous solo and group exhibitions, both in WA and the eastern states, as well as in China and New Zealand, and included the Art Gallery of WA, the National Gallery Australia, as well as numerous university galleries. In 1985 he designed the Perth Festival poster, and won the inaugural Mandorla Art Award with Re-creation. In 2002 he was awarded the eighth Mark Howlett Foundation Commission. His works are held in collections such as the Art Gallery of WA, the Art Gallery of South Australia, Artbank, the National Gallery Australia, the Janet Holmes à Court Collection, UWA, New Norcia Museum and Art Gallery, Parliament House, Canberra, and Wesfarmers. 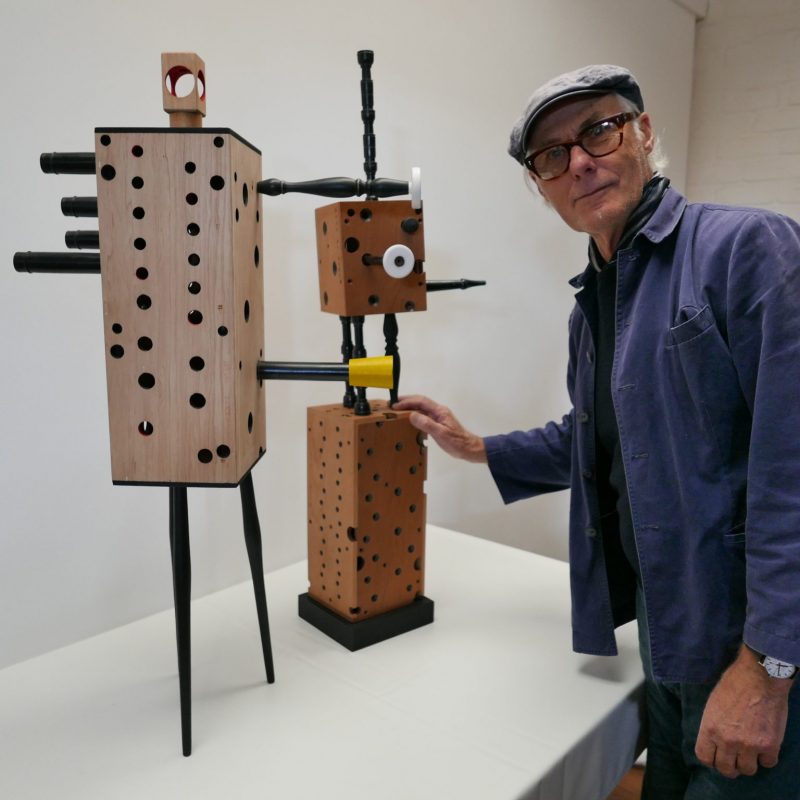 Theo Koning with his work

Ted Snell says Theo was a man of great integrity, talent and passion. “In so many ways he exemplified the dedication and commitment of an artist in everything he did, in the way he lived his life, and, in the impact he had on those around him.”

He says they worked together from the early seventies with Mark Grey-Smith and others setting up PRAXIS, an artist-run initiative intended to shake up conservative Perth. “I always valued his enthusiasm, energy and good fellowship. Of course, I was always in awe of his ability to fill a gallery with remarkable work. From Winter Storm 1 remains a vivid memory; watching him transform the upstairs gallery at PRAXIS into a fantastical installation. It was something he continued to do, to fill so many galleries, and so many lives, with amazing sculptural objects. His ability to miraculously re-imagine materials he found, and combine them with those he fashioned, was creative alchemy personified. Through this poetic innovation he made artworks of great beauty and humanity that have brought so much joy and insight.”

Theo was represented by Galerie Düsseldorf from 1985 until 1997. From 2010 – 2019 he showed at Turner Galleries. Helen Turner says it was a privilege. “We showed five outstanding sculptural exhibitions of his work over that decade. We loved working with him and he had a loyal and devoted following. His poetic and intuitive artworks have had much in common with the Japanese notion of wabi-sabi – finding a quiet beauty in imperfections, and accepting the natural cycle of birth, growth, death and decay. Theo would collect objects with forms or finishes that appealed to him, methodically store them until needed, and then create unique assemblages from them. He said he challenged himself to ‘subvert, convert, and reinvent the identity and language of the found material or object, without submitting to its presumed identity and language.’”

She says she will miss visits to Theo’s beautiful studio containing a treasure trove of carefully stored boxes and drawers of multiples of plastic wheels, wooden bowls, dolls heads, toothbrushes, wooden sticks, colourful toys, anodized metal, wooden beads, chair legs, hoops of metal, and walls lined with storage, shelves filled with strange dioramas and small maquettes and sculptures. “It was an overwhelming visual feast, where works in progress were assembled to create new forms, exploring the formal spatial problems of abstract sculpture in unique ways that made his works so quirky, humorous and appealing.”

She says he will be missed as an artist, poet and friend. “His contribution to us all was one of grace, humility and simplicity, intuitive creativity, good humour, zest for life, great affection and wondrous artworks.” 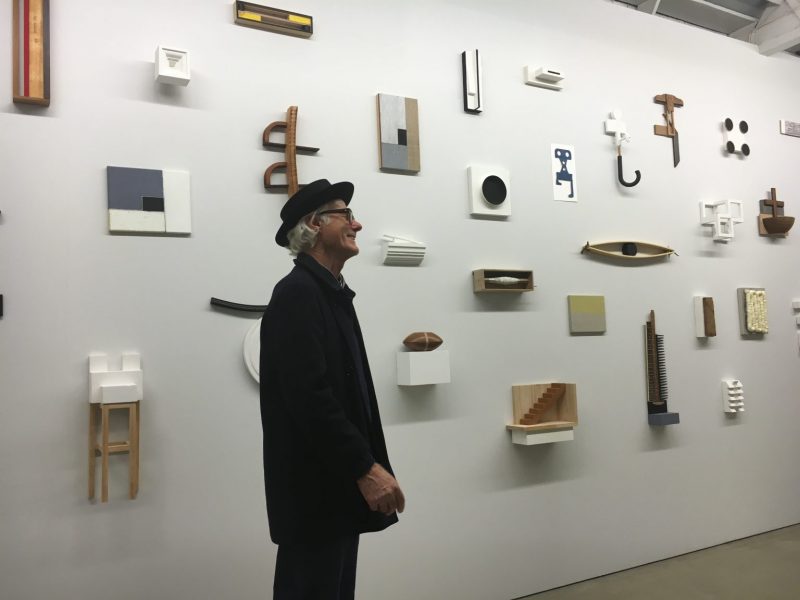