The South West Native Title Settlement is the largest native title settlement in Australian history. The Settlement will affect an estimated 30,000 Noongar People and encompasses approximately 200,000 square kilometres in the South West.

It has rightly been described as ‘Australia’s First Treaty’.

The South West Aboriginal Land and Sea Council, SWALSC, has explained the Settlement in the following terms.

The Settlement will resolve the Noongar native title claims in the South West of Western Australia in exchange for a package of benefits that includes:

Recognition through an Act of Parliament – the Noongar (Koorah, Nitja, Boordahwan) (Past, Present, Future) Recognition Act 2016.

Noongar Corporations – the establishment of six Noongar Regional Corporations and one Central Services Corporation, with funding support of $10 million a year for 12 years, and $6.5m to establish the offices.

Noongar Land Estate – up to 320,000 hectares of development and cultural land to be held by the Noongar Boodja Trust.

Co-operative and joint management – of National Parks and the South West Conservation Estate.

Noongar Standard Heritage Agreement – standard processes for determining when and how to carry out heritage surveys on Noongar Lands.

Economic and Community Development – through development frameworks to assist Noongar businesses and improve Government service delivery to the Noongar community.

Capital Works Program – funding to contribute to the establishment of a Noongar Cultural Centre and office space for Noongar Corporations. 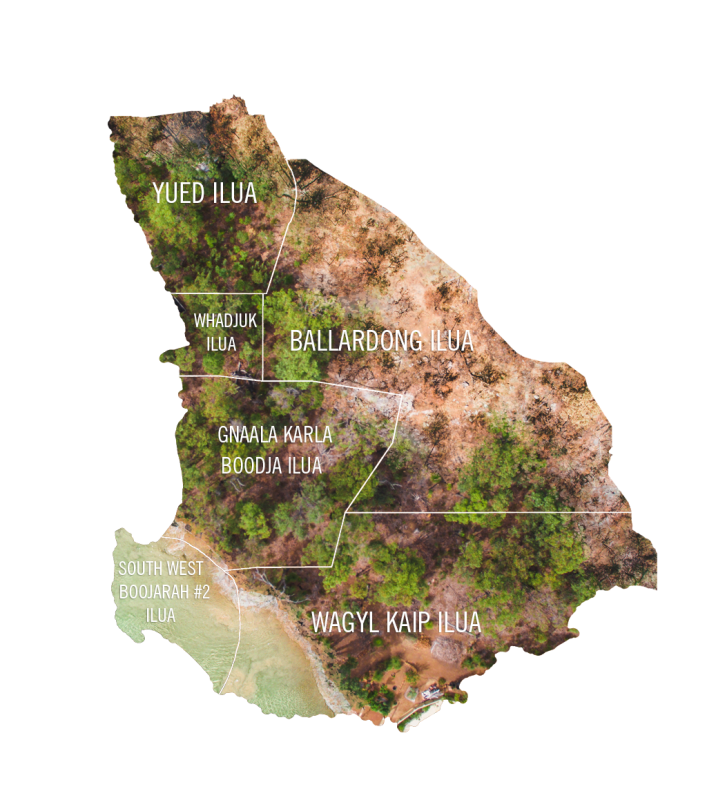 The Settlement is made up of six (6) individual Indigenous Land Use Agreements (ILUAs). Each of the following areas has a corresponding ILUA:

Authorisation Meetings were held for each of the six ILUA Agreement Areas in early 2015. All six (6) ILUAs were authorised by the native title holders for each area, meaning the Noongar People effectively resolved to enter into the Settlement.

On Wednesday, the 17 October 2018, the Registrar of the National Native Title Tribunal announced that she had registered all six ILUAs.

The Registrar spent over a year studying the Agreements and considering objections that were made by people against the ILUAs being registered.

In registering the ILUAs, the Registrar was satisfied that all of the paperwork was in order, and that the conduct of the six Authorisation Meetings met the requirements of the Native Title Act.

In December 2018, applications for judicial review of the Registrar’s decision were lodged in the Federal Court.

On Thursday, the 19 December 2019, a Full Bench of the Federal Court handed down its decision, rejecting the applications for judicial review and awarded costs against the Applicants.

Applications were then lodged with the High Court of Australia seeking special leave to appeal the decision of the Full Bench of the Federal Court. 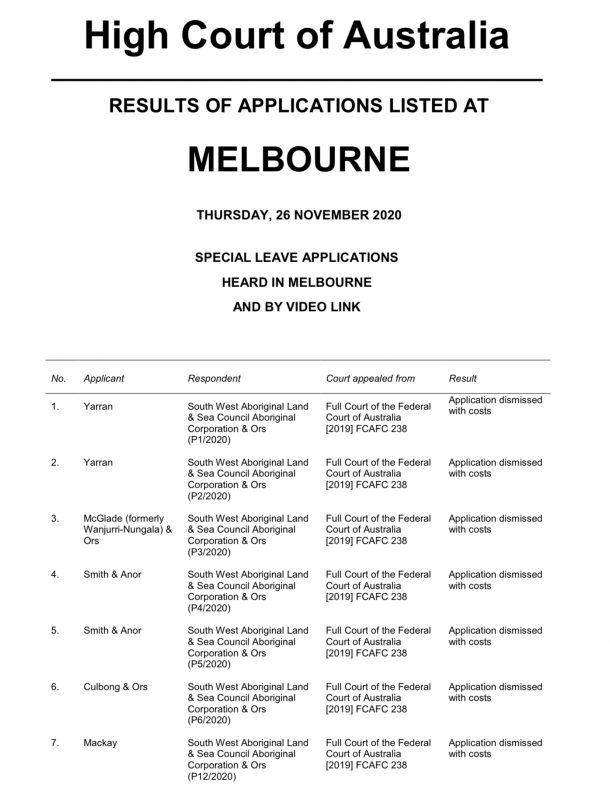 On the 26 November 2020, the High Court rejected the special leave applications. This decision has cleared the way for the implementation of the negotiated agreement between the State of Western Australia and the Noongar people.

SWALSC says: ‘This negotiated settlement is a great opportunity for our Noongar people to come together, to control our own destiny, and to build a solid future for generations to come.’

Here’s a link to the formal documents that comprise the Settlement.