Fremantle Shipping News is pleased to introduce a new column, Places I Love, by Jean Hudson, our resident traveller who, as her first piece makes so beautifully clear, started out life in Ireland.
With all my travel plans to Ireland on hold, I look at a photo of a black-faced sheep and remember climbing Croagh Patrick last summer.
The sheep stands brazenly in the middle of the road, molting wool hanging from its sides in great clumps. The road is narrow, with wild flowers growing in the centre. The hedgerows are botanically amazing – stretches of ferns, honeysuckle, burnet rose, fuchsia and foxgloves.
Having passed the sheep we round a bend and as if by magic, the Connemara mist clears. Purple mountains appear – their features sharp against the newly washed sky. This wild region in the west of Ireland encompasses bog, mountain and rugged coastline.
It’s August and the middle of the Irish summer tourist season, so we arrive at Croagh Patrick early to avoid the maddening crowds. We are well prepared with walking boots and backpacks with food, drinks, extra clothes and rainproof jackets.
A statue of St. Patrick, holding a shamrock in his hands, stands at the base of the mountain. He is said to have used the shamrock, a three-leaved plant, to explain the Holy Trinity to the pagan Irish.
Climbing Ireland’s Holy Mountain isn’t for the faint hearted – it’s quite demanding for the fittest. The guidebooks say, allow 2.5 hours to climb up and 1.5 hours to scramble down! The mountain is bare of vegetation and covered with loose shale. The winds from the Atlantic Ocean are often bitterly cold, and rain common. Rain can make the rocks and scree on the final approach treacherous, keeping the Mountain Rescue teams busy. 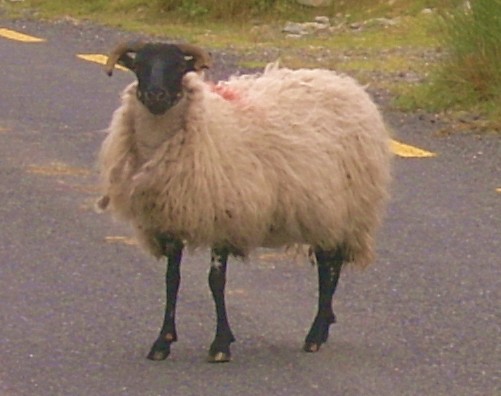 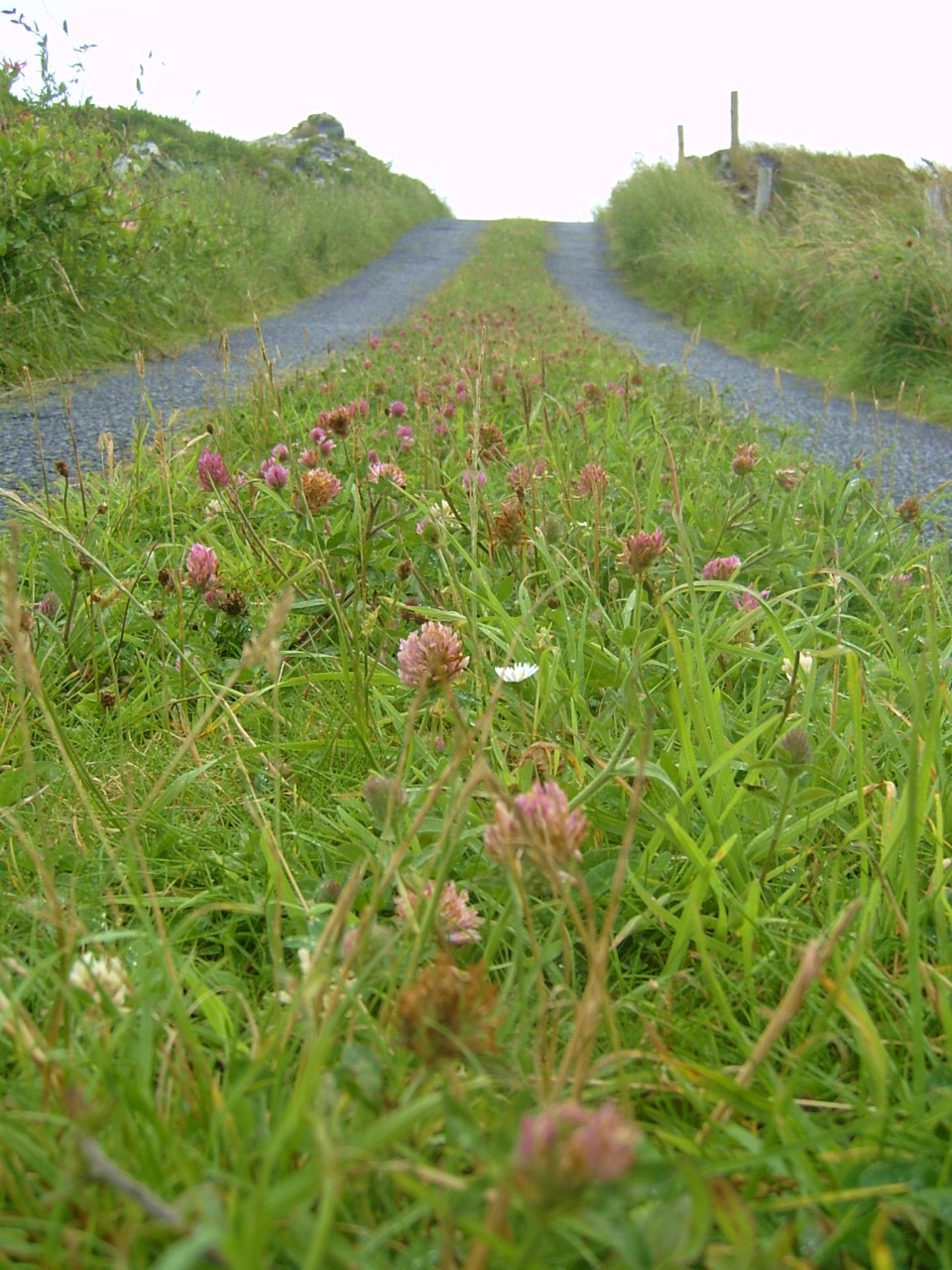 The mountain is thronged most days with tourists, hill climbers, historians, archaeologists, nature lovers and pilgrims.
Croagh Patrick, in Co. Mayo, lies about 8km outside the town of Westport. It soars 765 metres above sea level; an isolated quartzite cone-shaped peak, its summit often hidden in clouds. It’s known locally as the ‘The Reek’, it resembles a stack (reek) of wheat. It’s one of my favourite Irish mountains.
Legend has it that in 441AD, St Patrick fasted and prayed on the summit for forty days and forty nights and banished all the snakes from Ireland!
Patrick himself was born in Wales in 385AD. He was captured by Irish pirates and taken to Ireland and sold as a slave. He tended sheep on the mountain before turning to God and converting Ireland to Christianity.
The mountain has been a continuous site of pilgrimage for 5000 years, from the Stone Age to the present day. Recent archaeological evidence suggests that it may have been an important pre-Christian religious site during the Bronze Age, 100 to 350 BC.
The remains of St. Patrick’s chapel, built circa 432, also sit on the summit.
Thousands of pilgrims used to climb to the summit on St Patrick’s Day, a religious holiday in Ireland, whatever the weather. At that time of year conditions can be abysmal, with heavy sleet and snow and extremely high chill factors; loss of life and injury were common.
The pilgrimage now takes place on the last Sunday in July, called Reek Sunday. This Sunday coincides with Lughnasa, an ancient harvest festival that honours Lugh, the ancient Irish God of Tuatha De Danann: the divine Irish Race. This tradition has been absorbed into Christian beliefs.
On Reek Sunday, as many as, twenty five thousand pilgrims (many barefoot) complete the ‘Three Stations of the Reek’. The truly contrite do the stations on their knees. Pilgrims attend mass, receive confession, and make their way to pray at St Patrick’s Bed at the summit. The climb traditionally took place at night, thousands of moving lights slowly made their way to the mountaintop. The pilgrimage now takes place during the day. In 1974, the Catholic Church officially discouraged climbing the mountain barefooted as it worsened the risk of accidents and injury. 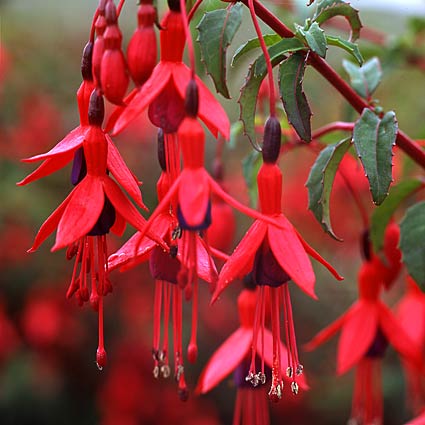 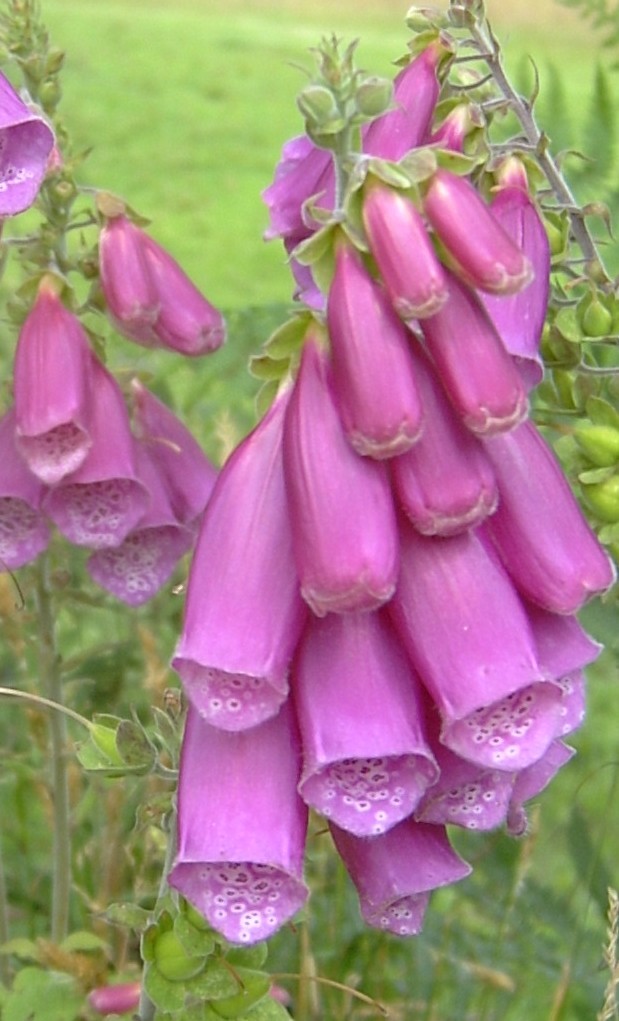 We start the first stage of our climb with great gusto. Twenty minutes into our hike a thick eerie mist envelopes us, but we press on, glad of our goretex jackets. As quickly as the mist descends – it lifts again.
Spectacular views of undulating green fields stretch in every direction – a welcome distraction from the increasing pain and shortness of breath.
Clew Bay twinkles below us. It is said to have 365 drumlin islands, one for each day of the year. A saddle-ridge ahead offers some relief from the steep inclines.
We press on, chests heaving, muscles aching, up and up, often resting every few minutes. The air grows thinner and thinner. Large rocks on the final ascent make climbing difficult.
Reaching the top, we find a comfortable rock, and enjoy breath-taking 360-degree vistas. The Atlantic Ocean glimmers silver in the distance; next stop America.
The great debate: Is it harder going up or coming down? Down is certainly quicker for me, some of it inelegantly on my backside.
Exhausted but exhilarated we head to my favourite haunt in Westport, Matt Molloy’s Pub, for a well-deserved pint of the black stuff.
Share this
Related Articles