When in Esperance, you have to walk the Jetty. 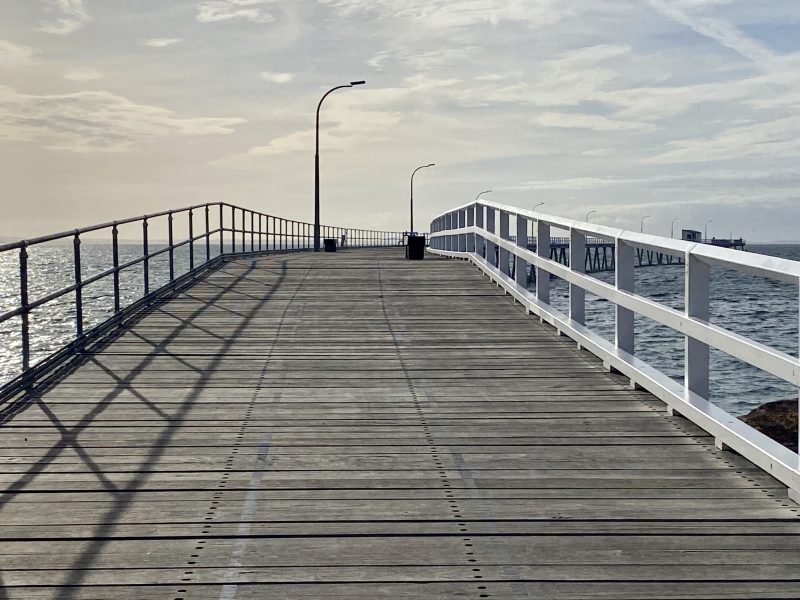 The new 415 metre long jetty opened last year, almost six years after the Esperance Tanker Jetty closed. It’s on the foreshore in the heart of town and a fabulous spot to get a blast of ozone and have 360-degree views of the Port of Esperance and the islands of the archipelago.

In 2017, a 6-metre stretch of the much-loved Esperance Tanker Jetty collapsed into the ocean. The forces of the Southern Ocean took its toll on the 82-year-old jetty. The heritage-listed jetty was finally demolished in 2019. There had been years of heated community discussion over whether the old jetty should be repaired or replaced.

The jetty had been closed to the public since 2015 due to its declining condition. It had been an iconic fishing location for 80 years and a favourite spot for catching herring, skippy and squid. For decades, Esperance’s heart and soul could be found in the jetty.

The original wooden Tanker Jetty was constructed in 1935 and became a hub of commercial activity for imports and exports. The main exports were wheat from the surrounding regions, salt from the pink lake, copper and gypsum from nearby mines.

Fuel, coal, oil and machinery parts and general goods were received, and transported by rail carts or trucks to the Goods Sheds for distribution. The last ship to unload at the Tanker Jetty was a fuel tanker in 1977.

The jetty became a haven for wildlife, with leafy sea dragons and seals frequent visitors below the deck. Sammy the seal was in residence for many years.

The old jetty was also a symbol of sadness. Before 1967, it marked a boundary – the closest an Aboriginal person could be to the town after nightfall.

The new steel and concrete jetty cost a whopping $7.5 million. It has features with reclaimed wood from its predecessor. It is wide enough for fishers to fish either side of the gangway. 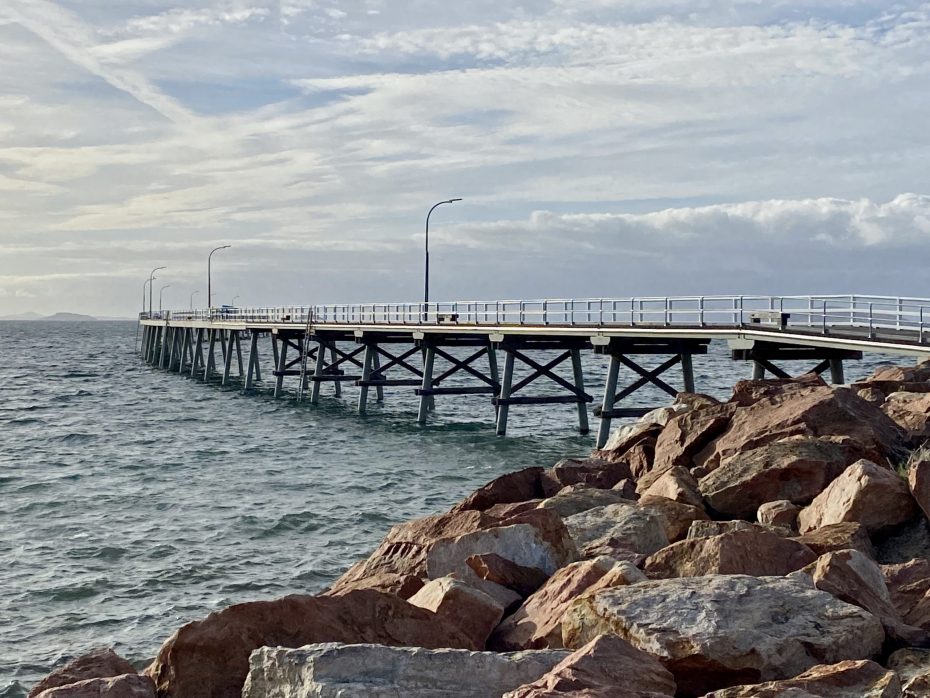 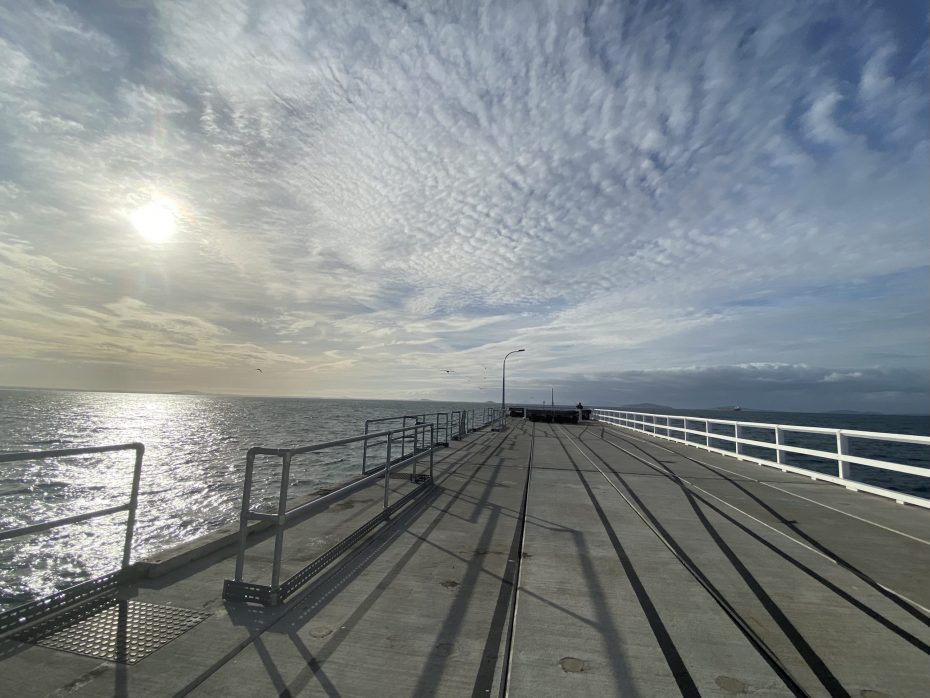 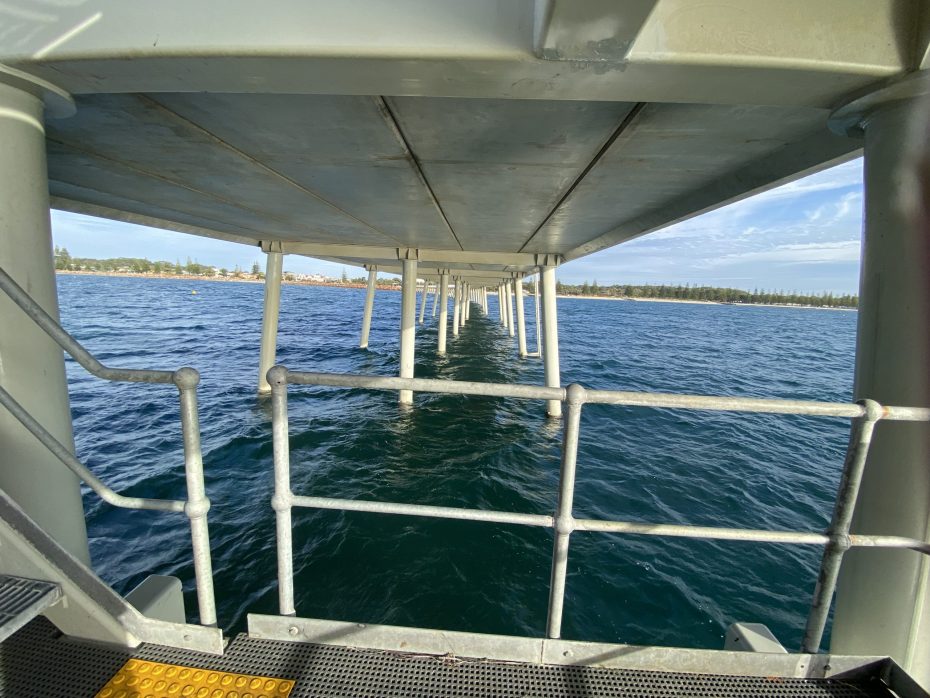 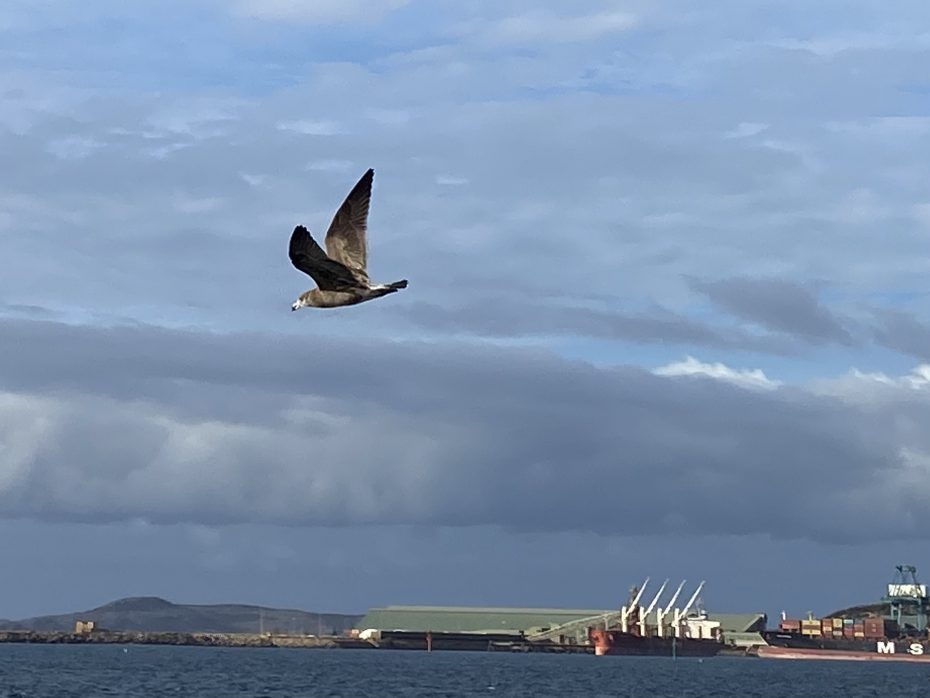 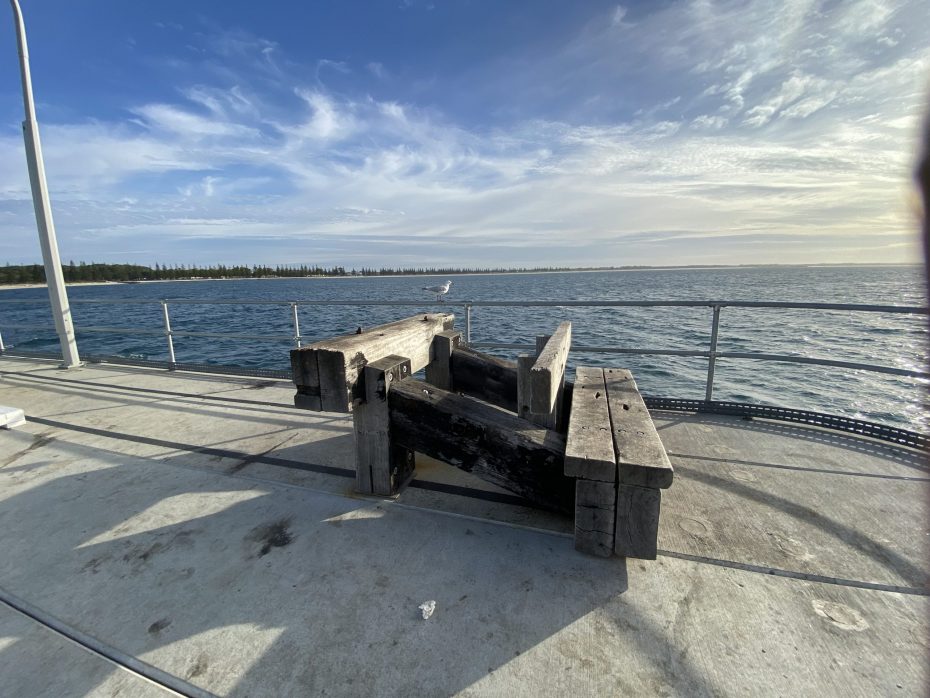 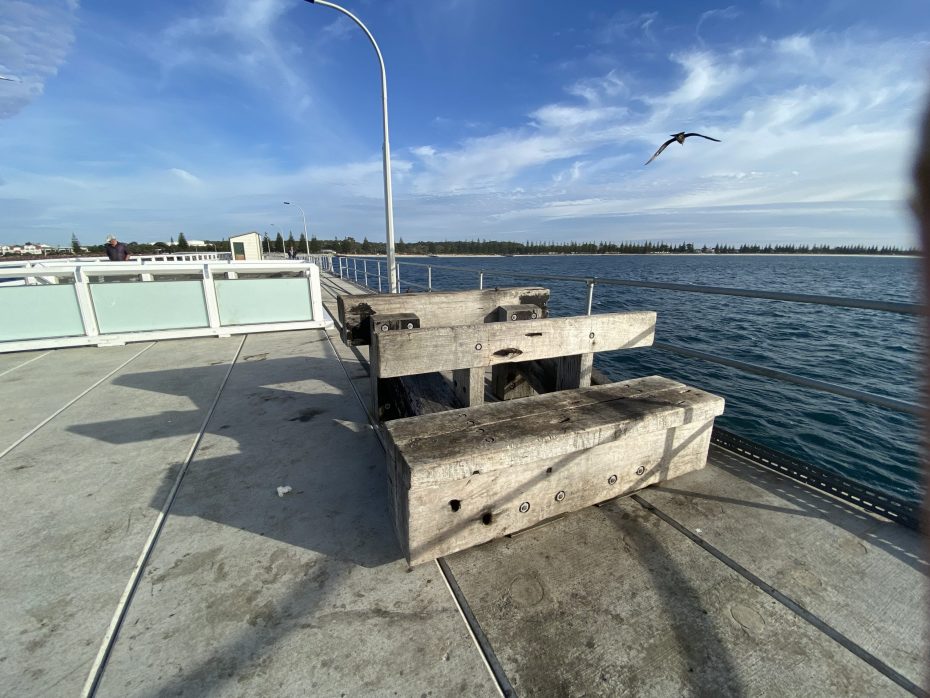 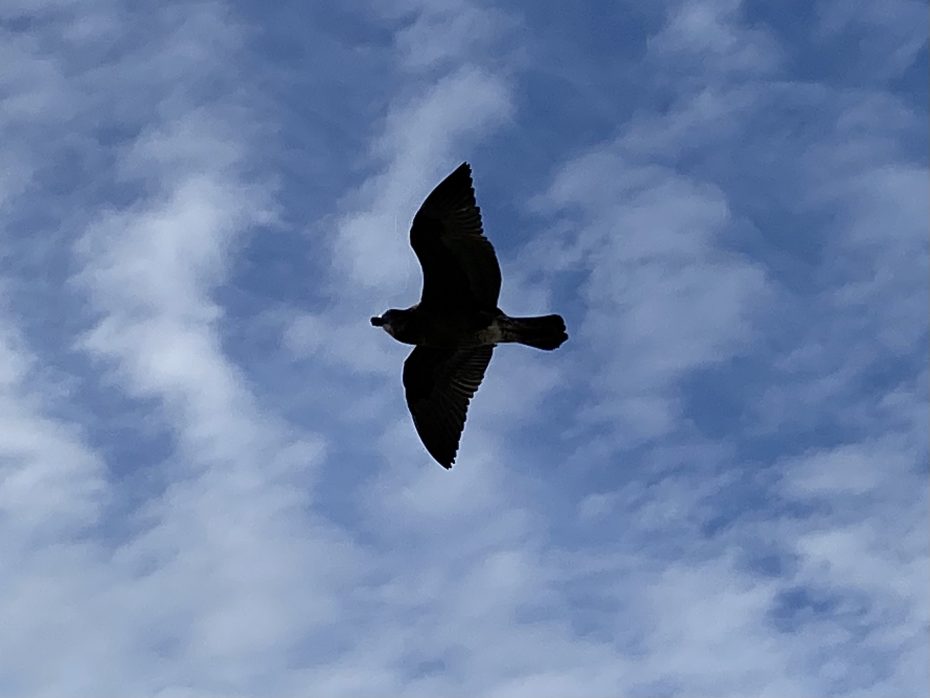 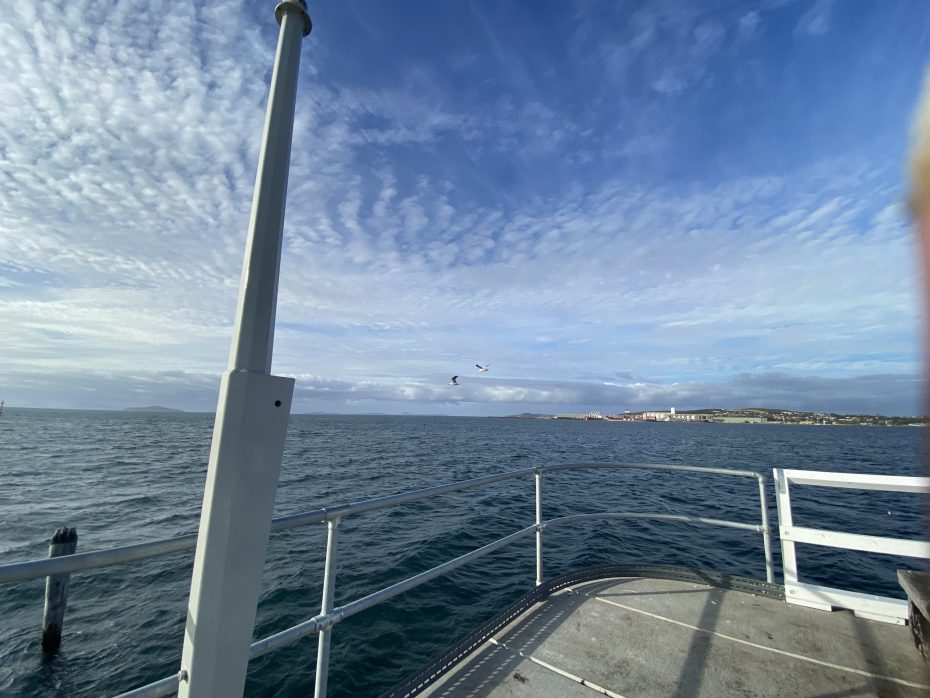 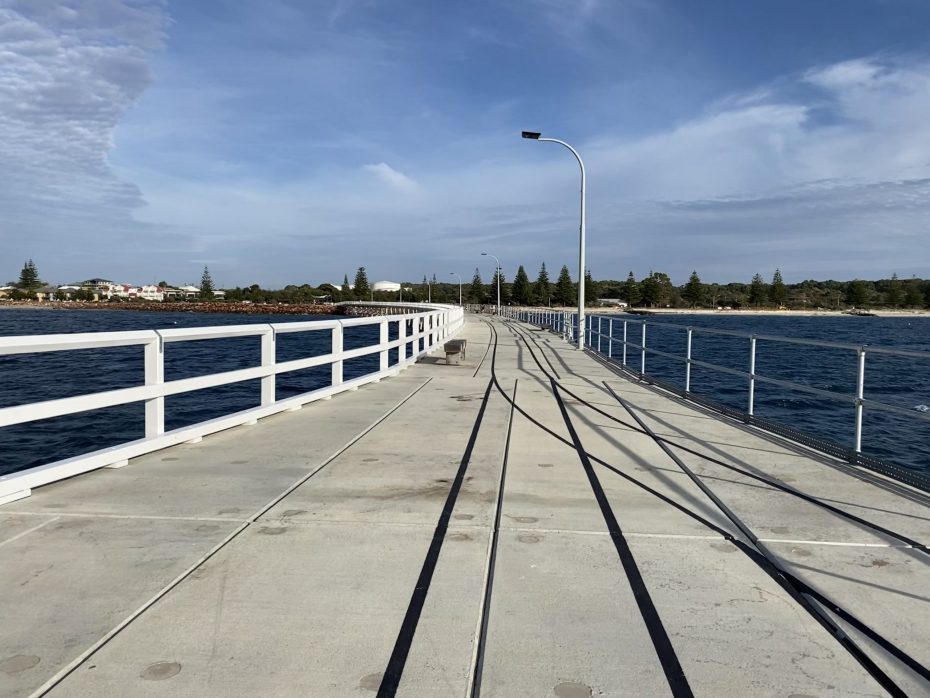 There are lower platforms to accommodate fishing and diving, and fishability ‘set-downs’ to allow people in wheelchairs and scooters to fish easily from the jetty. It has lighting, built in fishing seats and fish-cleaning stations.

When I walked over the water on the jetty, it was busy with early morning fishers, joggers and walkers, coffee-sipping mums with prams and a few cool dudes on scooters. Pacific gulls and shearwaters swooped overhead. A container ship lay on anchor waiting to enter the port. 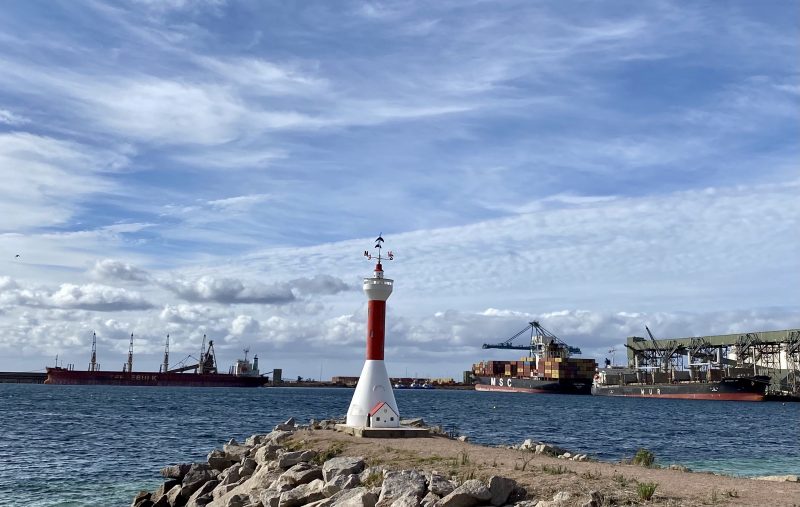 Esperance’s history dates from 1792 when the French explored the south coast of Western Australia. In 1802, the British officially claimed it. Esperance is a beautiful coastal town, an eight-hour drive south of Freo. It’s become an Easter holiday tradition for many Australians. April is a good month to be there as it is less windy than earlier in the year.