The maxim, ‘Man’s inhumanity to man makes countless thousands mourn’ is never far from mind throughout this sensitively made movie from New Zealand director, Niki Caro, who also made the fabulous movie Whale Rider a few years back.

Set against the creation and destruction of the Warsaw Ghetto during World War 2, this is an heroic true story about the Zookeeper and his Wife who helped 300 Jewish prisoners escape. This is a tale worth telling. Everywhere in every age, good people are called upon to respond to the cruel acts of fellow humans that oppress others, denying their human rights. In this time of global uncertainty, where minorities and refugees face fear and strict controls in so many parts of our world and serious questions are posed daily for us to answer, this is an inspiring morality tale of the triumph of human goodness over evil.

The Zookeeper’s Wife, Antonina Zabinski, is played by American actor, Jessica Chastain. The Wife gives the movie its title and its dramatic plot as she parries the advances of Hitler’s zoologist, Dr Lutz Heck, played by Daniel Bruhl, when he takes control of their zoo. The Zookeeper and his Wife are educated, middle-class and liberal minded. She is also stylish and attractive and her diva-like wardrobe-changes are something to behold, which just goes to prove that the bearers of Salvation may be as difficult to recognise as those of Evil. The Zookeeper, Dr Jan Zabinski, played by Johan Heldenburgh, is instrumental in smuggling out the Ghetto prisoners and becoming a Resistance fighter who is later injured and captured, but his is a supporting role here and his return after liberation is pure ‘Hollywood’. Oops – should have given a Spoiler Alert. Their son, Ryszard, who is played by Timothy Radford and Val Maloku, is present throughout, offering us another perspective as we witness his learning about empathy and loyalty from his parents. 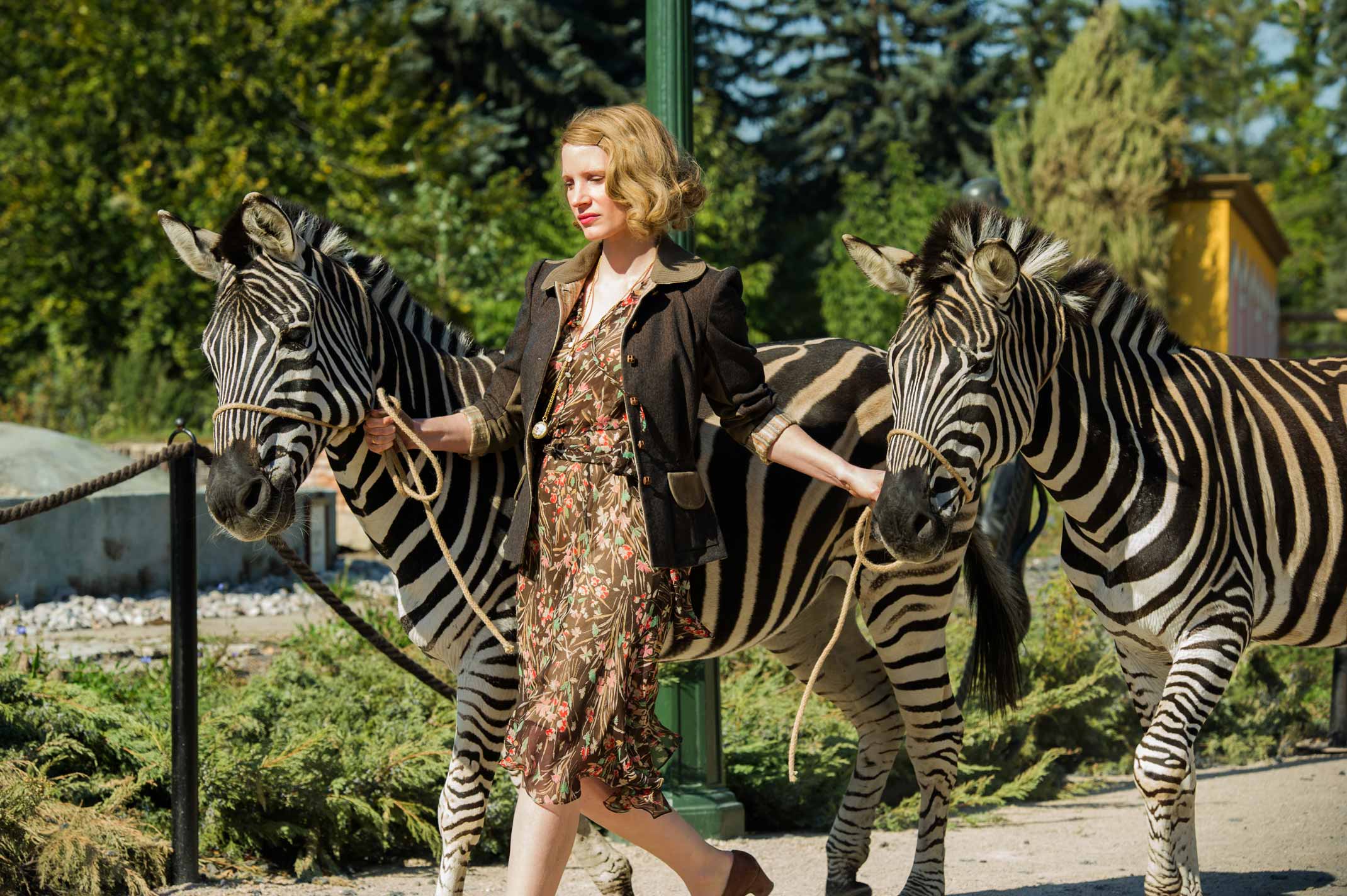 The movie should take a bow for one of the loveliest opening sequences of a movie seen in a while. So good is it that our attention is drawn away from the credits to an exotic prancing menagerie. Animals do lose their lives in the failed defence of Warsaw, but this happens largely, and thankfully, off screen so animal lovers can, sort of, rest easy.

I enjoyed the movie. Nice length. Good performances. Lovely cinematography. A bit sentimental. Not surprisingly, it has won a few gongs, including In April 2017, the Political Film Society USA award in the category ‘Human Rights’.