Home 2021 November 1 Freo Biennale About To Launch For The Stars!

Freo Biennale About To Launch For The Stars!

This week, the Fremantle Biennale will officially open the third iteration of the site-responsive art festival. Titled CROSSING 21, the festival will run from 5 – 21 November 2021. 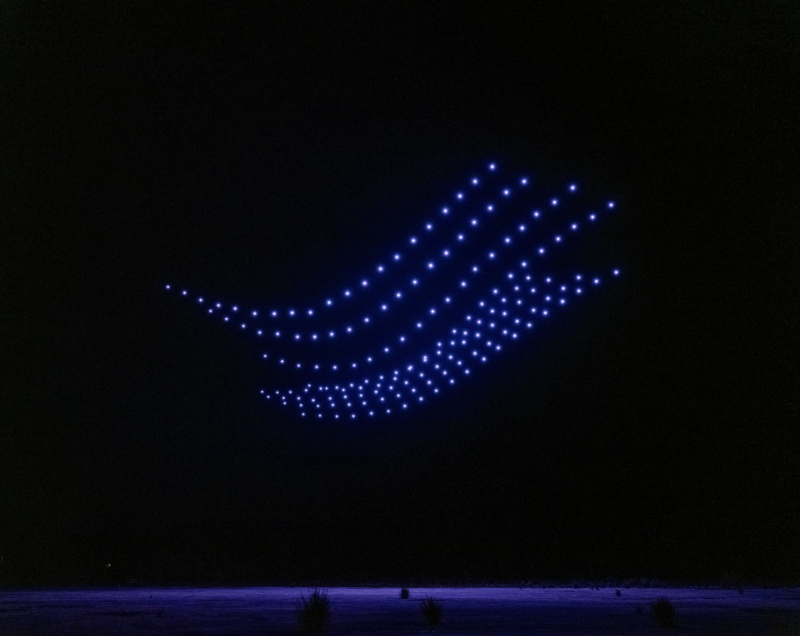 An extensive program of large-scale installations, participatory artworks, immersive performances, and events and workshops will be on show throughout the city of Fremantle for the duration of the festival.

Tom Mùller, Co-Founder and Artistic Director of the Fremantle Biennale, said that the biennial festival of site-responsive contemporary art aims to make art openly accessible for all while revealing, interrogating, and celebrating the cultural, social and historical distinctiveness of the Fremantle area.

“The Fremantle Biennale is an occasion for all to experience and enjoy innovative and thought-provoking contemporary artwork. In a time of health, social, economic, and environmental crisis, the Fremantle Biennale launches in its most ambitious format to date with a theme which encourages us to connect with one another, re-examine history, and advocate for cultural change.”

“Recent research shows that Fremantle is truly the creative capital of WA, with the highest number of artists per capita working in our city. In supporting arts organisations to achieve ambitious programs such as this one, we are providing a platform for our creative community to grow, collaborate and thrive. We are extremely proud to be a founding partner of the Biennale.”

With 20 commissions, 36 core artists and 115 participating artists in total, this year’s Fremantle Biennale continues its tradition of presenting large-scale, temporary public works spanning visual art and performance. Embracing a shift in model in 2021, nearly all the 36 core artists invited to participate are Australian, while 80% are West Australian.

The sites for CROSSING 21 will trace the shores of the Derbarl Yerrigan/Swan River from Walyalup/Fremantle to Dyoondalup/Point Walter and through to the Derbarl Nara/Coogee Beach, with a focus of activity between the two iconic Fremantle bridges.

The banks of the Swan River will house nearly half of the artworks and performances, including the headline work, Moombaki, which will present an Australian first. A fleet of 160 choreographed drones will take flight over the bilya/river and wardan/ocean, transforming the night sky in an epic spectacle of light, movement, and sound to tell ancient and living stories of place. Led by emerging Nyoongar artist Ilona McGuire, it will be a first of its kind show to ever be presented in Australia.

Bruno Booth’s Tightness Times Toughness will present a major participatory experience reflecting his own experiences of navigating life in a wheelchair. Tightness Times Toughness will invite audiences to use a wheelchair to traverse two long 60m x 40m tunnels, echoing the proportions of the Fremantle traffic bridges and the deepest channel of the river.

A number of artists will present site-specific works within the waterway itself including Vespers by Rachel Dease, an immersive performance which will be carried down the Swan River by a floating chorus of couta yachts at sunset, drifting song to a waiting audience on the shoreline. While Overload by Andrew Sunley-Smith will partially submerge a boat – a symbol of commerce and export – in the tides of the river, loading it with local limestone rock spall in a poetic gesture of excess.

Inspiring the theme is a seminal event that took place in 1892. At the mouth of the river a sandstone tidal land bridge once existed which served as a natural crossing used by the Whadjuk people for safe passage, ritual and ceremonial practices. This rocky bar was blasted away by Chief Engineer C Y O’Connor to make way for the ever-growing Swan River colony. The event altered the course of history, causing disruption of a harmonious balance and tidal rhythm between ocean, river and people that had existed for millennia.

The third iteration of the Fremantle Biennale will be presented from Friday, 5 November to Sunday, 21 November 2021. The event is largely free to attend with some ticketed performances and events.

The program of participating artists and works for the Fremantle Biennale can be found online right here.

A self-guided audio walking tour, Bilya Bidi, will accompany the Fremantle Biennale program and can be accessed here.