If I could go anywhere: the dizzying spectacle of Gaudí’s Basílica de la Sagrada Família 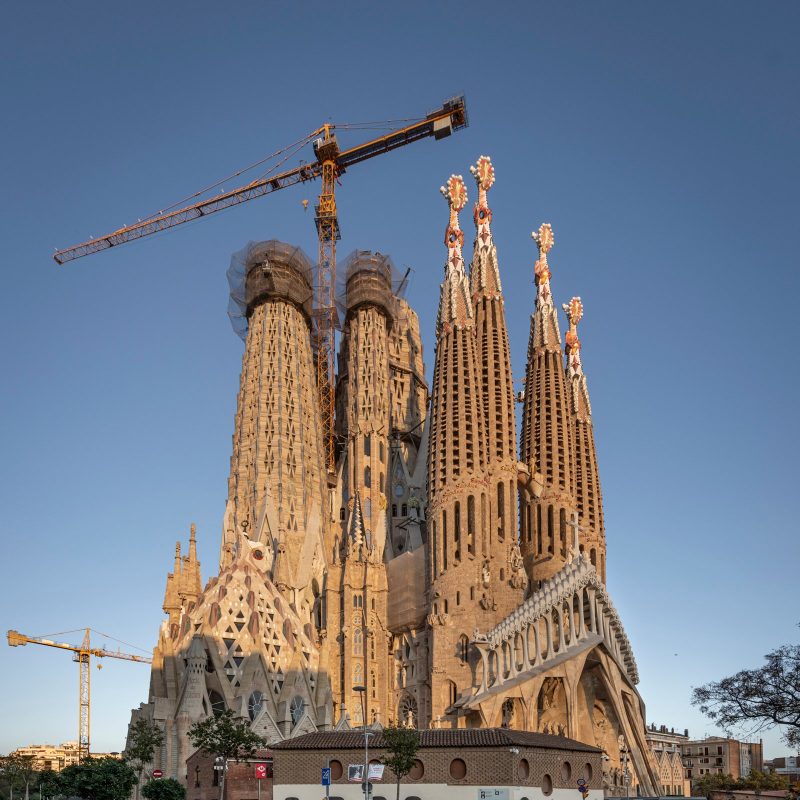 Where we wish we could visit — and hope to see once travel restrictions are lifted.

We hadn’t packed bags yet, but it was about all that was left to do. I had compiled playlists to keep me diverted, amused, energised on the long flights. We’d pored over pictures and hopeful descriptions of poky little apartments in the right places, or spacious, sleek pads too far away from the action.

It took us three months to get the accommodation and the flights just so. The right amount of layover; the right seats for me and the kid and my sweetheart; the menus, the access options for my travelling companions and their idiosyncratic needs.

All the while, Antoni Gaudí’s dream cast its evening shadow over the park across the Carrer de la Marina. Darkening the playground, the streets of the Eixample and their endless cars; blurring the faces of the crowds that ebb and flow past and through the structure, dwindling at day’s end and disappearing into the larger tide of Barcelona at night. 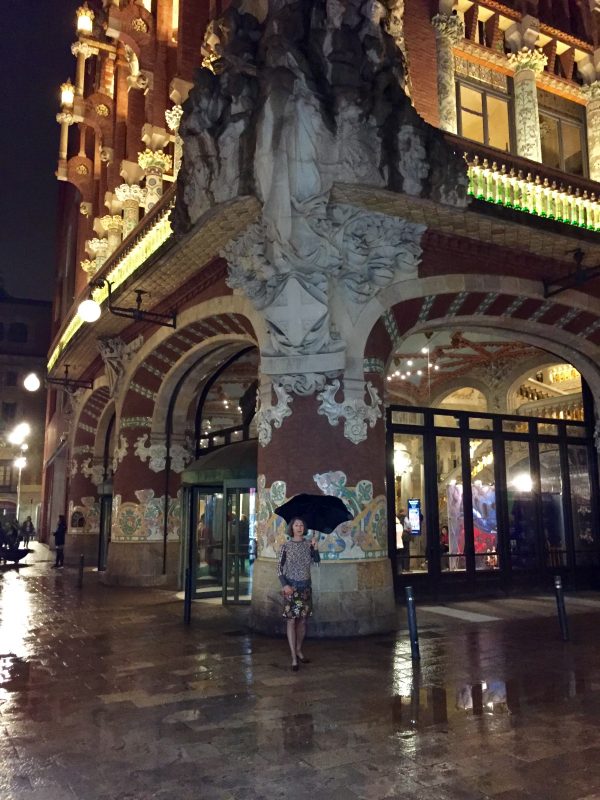 An otherworldly mix of styles

When Gaudí turned his attention in 1909 to del Villar’s original neo-Gothic design, he mixed it with the organic flow of the Art Nouveau.

Gaudí sculpted rather than drew, creating apartments and parks and public buildings whose undulating lines and unexpected textures weren’t really seen again until Frank Gehry’s iconic structures, such as the Olympic Fish Pavilion and the Bilbao Guggenheim, both in Spain. Like the Sagrada Família, these buildings are otherworldly, seeming to exist outside both time and gravity. 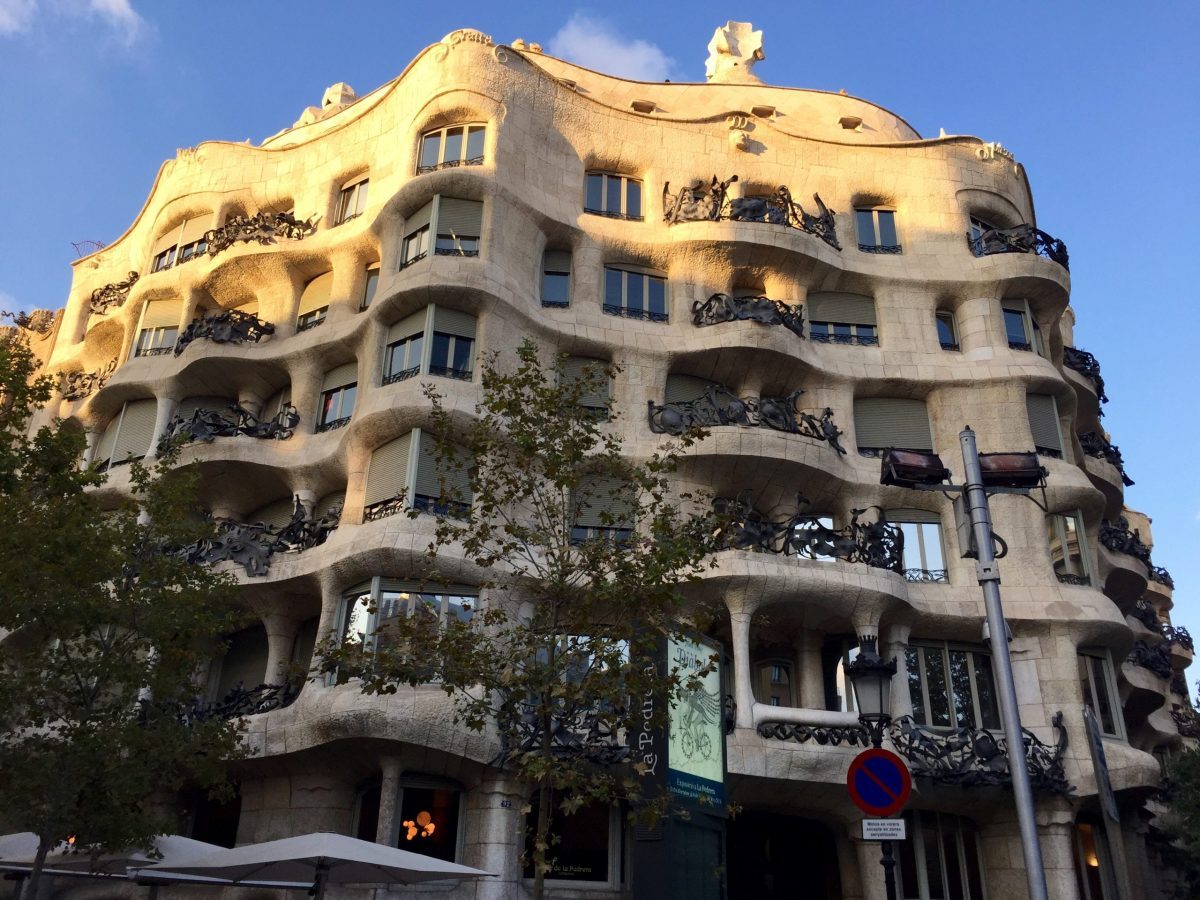 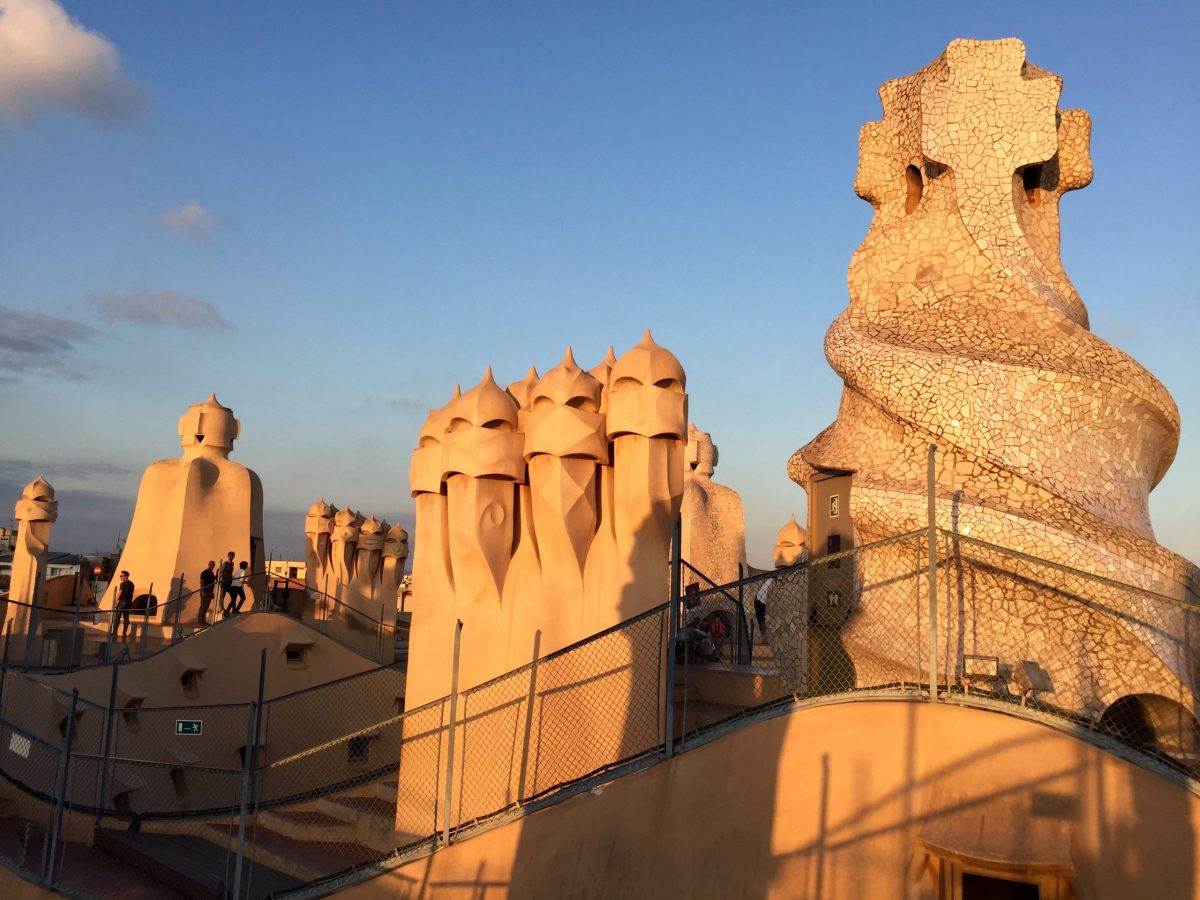 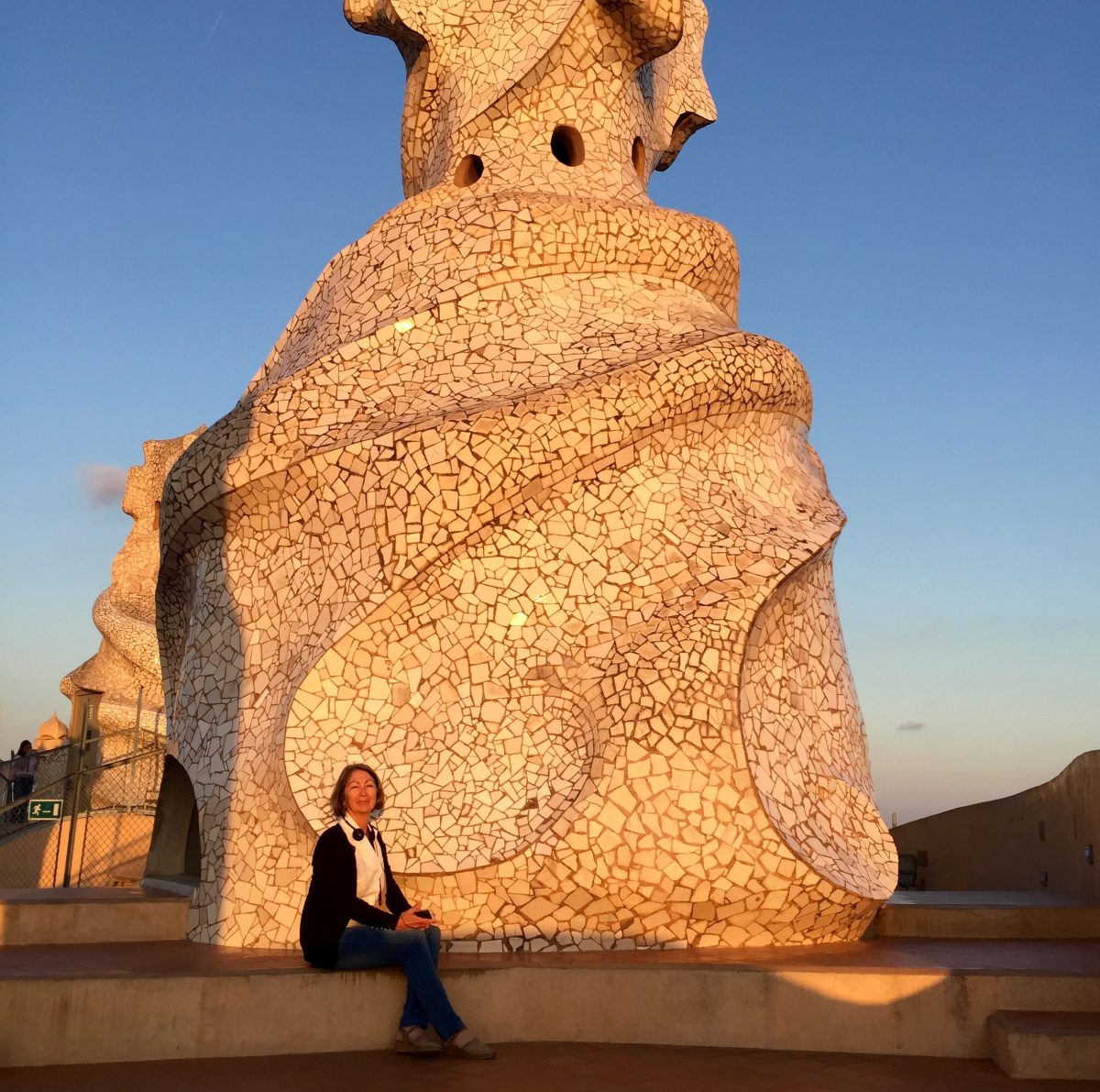 A stop on tour

The first time I saw the Basílica, it was a grey afternoon in late August, 1988. I was on vacation from touring as bassist with The Go-Betweens and fled London with a dear travelling companion to saunter/stagger through southern Portugal, then Lisbon and Spain.

Brisbane friend Peter Loveday was “our man in Barcelona” and graciously led us through the town, cracking open each day as a fresh delight. I loved a wine, back in those days, and a beer. Prawns, vodka, gin and mussels. Barcelona was made of such treats, but the greatest treat was Gaudí.

We lingered in the wonder of Park Güell, where architecture and nature entwine, and the view stretches south across the city to the blue of the Mar Balear. On the clearest of clear days you can see the mountains on Majorca. 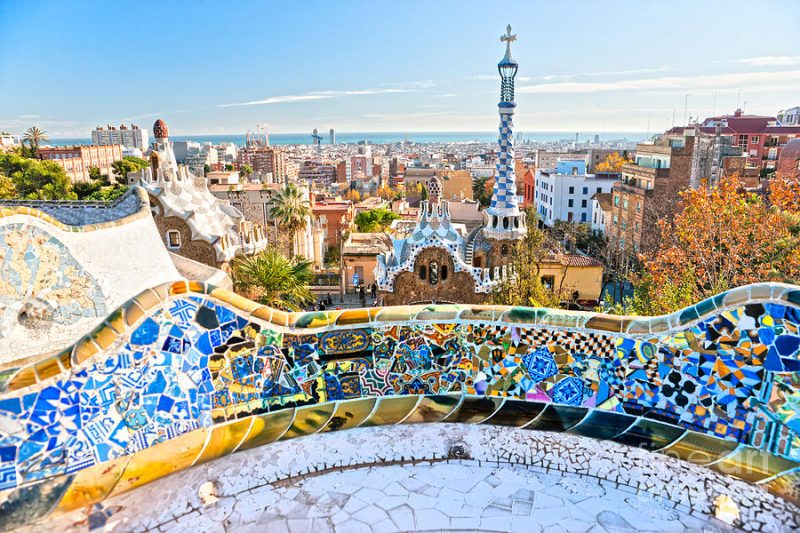 We were tourists visiting Casa Milà and Casa Batlló, dumbstruck by the extraordinary colours and finishes (lots of murals and tiles, cool to the touch on a hot afternoon), the bespoke furniture and fittings, and the opulent, sensual design of the facades and interiors.

The Sagrada Família stood apart from these architectural treasures. On that August afternoon, the scale of the cathedral was staggering. Not just in size, towering over this five-storey city, but in the depth of detail. 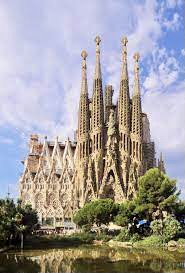 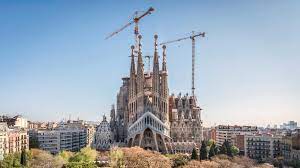 The Basílica is based on a crucifix, with the two facades — the Passion and the Nativity — at the ends of the transept or crosspiece. Each of these facades is dense with sculpture — flowers, plants, animals, angels, saints and scenes from the Bible — and from each rises four belltowers.

The spiral staircase inside the eastern belltower of the Nativity facade was worn smooth, a fractal path tracing the interior of a Nautilus shell. The towers are just over 100 metres tall (the central tower will top 170 metres when completed sometime after 2026). With little room for passing on the stair and no handrail, the experience was dizzying.

We emerged into the afternoon high above the city, on a little bridge between the towers; the beginnings of the cathedral below us. We saw colourful glazes of the cimborio (domes or cups) capping the belltowers. The sight, as I later noted in my diary, brought tears. I’d been triggered by the vastness of the idea, the astonishing detail and the knowledge that Gaudí didn’t live to see it finished.

In June 1926, at the age of 73 and after almost two decades of working on the Basílica, Gaudí stepped into the path of a tram a few blocks from the cathedral. “God’s architect”, the Catalan Modernist, was buried in the underground crypt of the Sagrada Família below the Basílica he designed.

I have returned to Barcelona a couple of times over the years but never to the Sagrada Família. Much has changed since the 31-year-old me climbed those stairs. 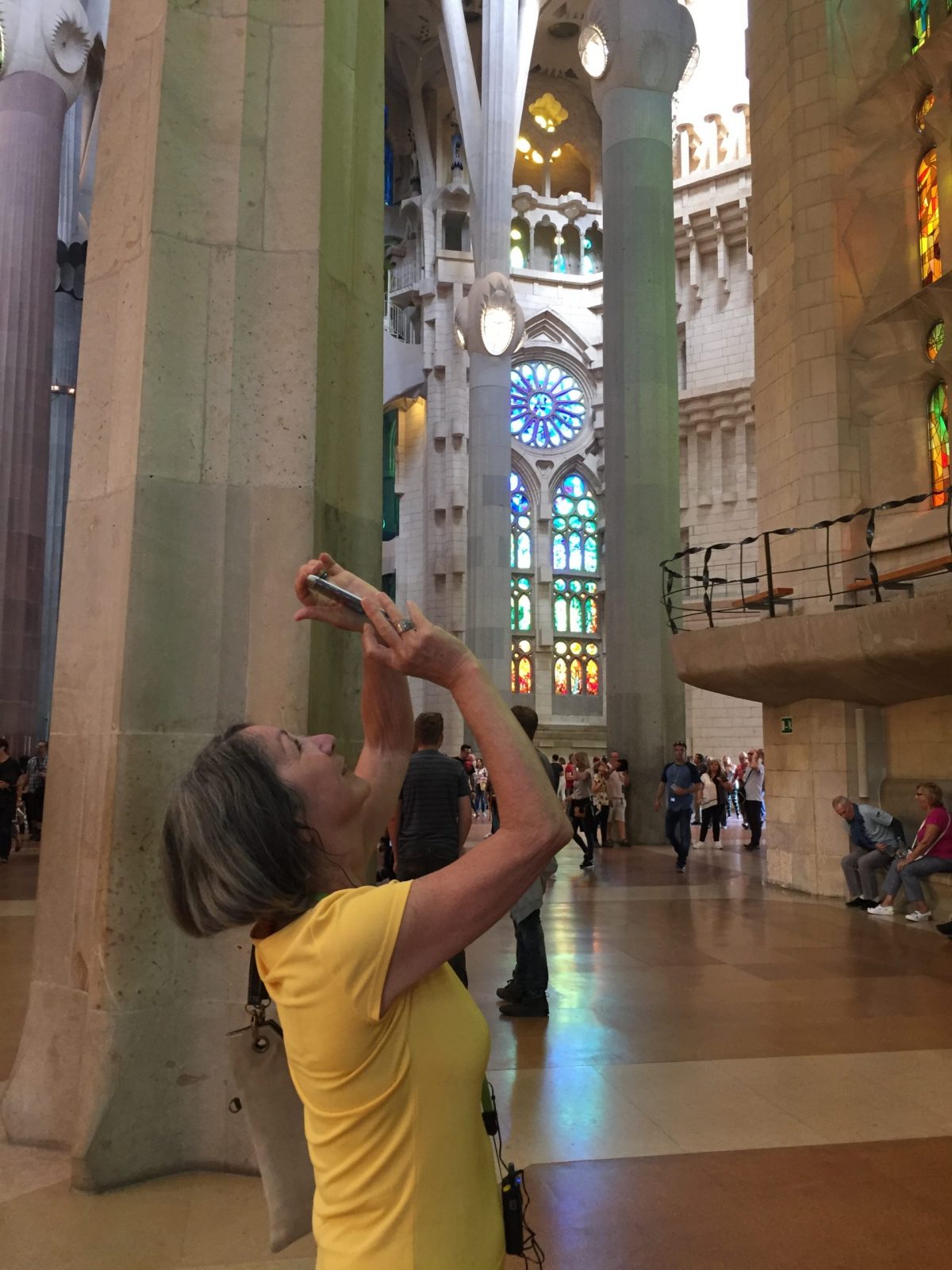 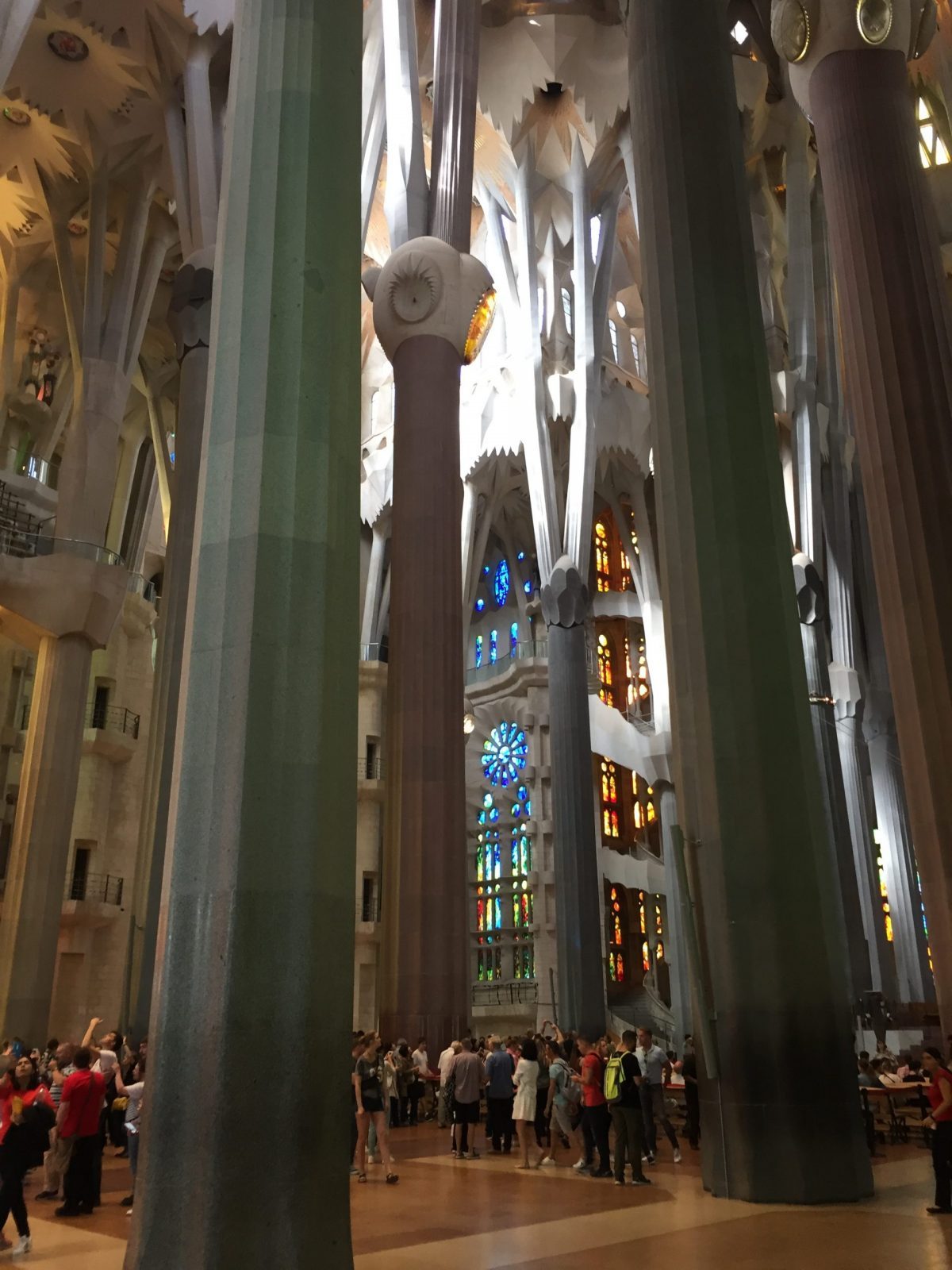 The nave has been built, with towering columns and stained-glass windows. More belltowers rise above the street, with more to come. It is within a handful of years of being completed, hopefully by the 100th anniversary of Gaudí’s death.

Our carefully laid travel plans would have seen us arrive in Barcelona early in July 2020. The pandemic put those plans (and much else) on hold. I enjoyed the quiet but ache for the trip we had imagined. I think I’ve waited long enough for a second visit to my favourite building.