Fremantle Council City Ward member Adin Lang has the City’s cats in sight. Well, to be fair, not all all of them. But the ones like you see in Rome, running free and taking over the City. 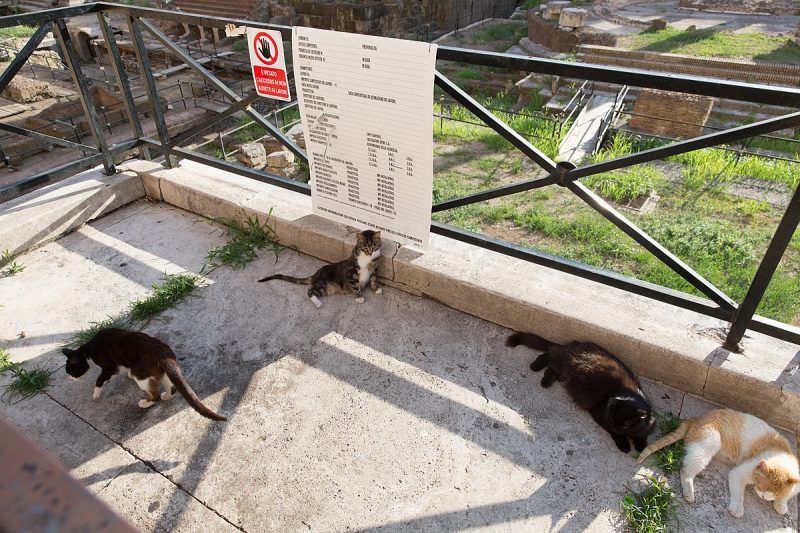 ‘Cats continue to pose a huge challenge to our local native animals and biodiversity, even with the City of Fremantle Cat Management Local Law in place. To protect our natural environment, the issue of cats and their impact on the environment ought to be further considered. In addition to the threats cats pose to our native wildlife, the health of individual free-ranging cats across our city should also be considered.’

Now the issue of additional controls over cats will come before the full Council at their meeting tonight, the FPOL – Finance, Policy, Operations and Legislation – Committee having recently unanimously endorsed Cr Lang’s cat herding initiative. 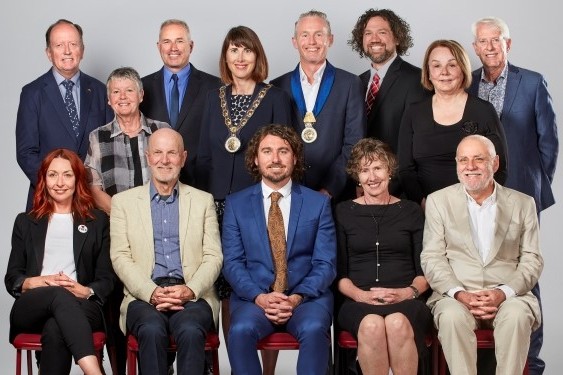 It appears that since the City of Fremantle embarked on the management of domestic cats a little while back, there there has been ‘constant dialogue’ with the State Government on the matter while they reviewed the Cat Act 2011.

In the most recent correspondence with the Minister for Local Government, John Carey, it has been made clear there will be no revisions to the Cat Act 2011 and therefore no mechanism to enforce curfews or confinement to private property – even though, Cr Lang points out, this is supported by the WA community and would protect wildlife and individual cat health.

So, an amended Cat Management Local Law is proposed for Freo that would focus on expanding cat prohibited areas beyond our natural bushland areas, to include other refuges for wildlife such as verge gardens, median strips, and street trees.

Other City managed assets like roads would also be included as prohibited areas to help protect the safety of individual cats who are at risk of being struck by vehicles.

If you have missed what’s been happening over the past few years, here’s a timeline.

May 2019 – The Department of Local Government, Sport and Cultural Industries (the department) has commenced a statutory review of the Cat Act 2011 (Cat Act).

November 2019 – The Department of Local Government, Sport and Cultural Industries (the department) has produced a report from the statutory review of the Cat Act 2011 (Cat Act), including findings:

‘It has been suggested that the Cat Act should contain provisions about confining cats to premises and the number of cats allowed so that the same rules apply across the State and local governments do not have to make their own local laws about these matters.

May 2020 – Fremantle Council adopted a new local law to protect native wildlife from predation by cats.

The Freo community has been asked what it thinks along the way.

During the City of Fremantle advertising period 21 November 2019 to 19 March 2020, the My Say Freo page was visited by 105 people and 78 made submissions.

Key findings were that –
• 67 people stated that they support the local law as proposed.
• 28 people want the local law to introduce even further restrictions. This included suggestions that cats should be prohibited from roaming outside of their property altogether, that night curfews should be applied, and suggestions of other places to include in the cat prohibited areas.
• 3 people did not support the proposed local law. The reasons for this included a belief that it would duplicate existing legislation, and that the decision should be up to the cat owner.

Not an overwhelming number of residents of the City, but there you are.

Who’d want to be the commenting City of Freo officer on all of this? Well, someone has to comment and here’s what they have advised Council as the Councillors head into tonight’s meeting –

The purpose of the Cat Act 2011 (the Act) was to introduce measures to reduce the large number of stray cats being euthanised each year; encourage responsible cat ownership; and provide for better management of the unwanted impacts of cats on the community and environment.
The Department of Local Government, Sport and Culture Industries provide the following advice on their website, in regard to cat local laws:

‘A local government needs to consider what elements of cat control they wish to regulate and only decide to make a local law if:
• the Act, Cat Regulations 2012, the Cat (Uniform Local Provisions) Regulations 2013 or any other written law do not already cover that matter; and
• there appears a sufficient need for additional regulation in that area.

‘Through the integrated planning process, the community may advise that there is a need for particular areas of cat control. It is then a matter of deciding that if you need cat control, what exactly you do need.

‘For some local governments the Act and Cat Regulations 2012 may provide sufficient powers for the control of cats without the need for a local law. Others may find targeted education campaigns and policies in particular areas may be all that is needed to supplement the legislation.’

A number of local governments including the City of Fremantle have made local laws, making it an offence for Cats to be in ‘prohibited areas’ to enable them to issue a fine if a cat is found in one of these areas. The City of Fremantle currently has 12 Cat Prohibited Areas.

The City implemented a feral animal control program, which is designed to capture domestic cats should they be present in the areas identified in the Cat Local Law. All natural areas are surveyed twice per year to monitor feral animal activity and target areas with specific treatments. This information is enhanced with the City’s camera trap fauna monitoring and for cats specifically. The City also includes natural areas where cats are known to frequent or where residents have reported nuisance cats. Trapping for cats occurs for a period of up to 14 days where cats are being targeted. The approximate existing annual cost for the feral animal control program is estimated to be up to $27,000 per year.

Should the Cat Management Local Law be amended, Council must consider the potential impact on the resources of the City. By increasing areas as prohibited areas, the onus will fall on the City to ‘police’ the issue rather than addressing it through the feral animal control and other educational programs already in operation.

Not exactly a ringing endorsement of the local law idea. More a handball to the Councillors – ‘This one’s all yours, Councillors. Leave us out of the cat scrap!’

So, is the Council up to requiring the active ‘policing’ that would accompany the introduction of a new local cat law with the accompanying ‘potential impact on the resources of the City’?

Mind you, there could be a whole new line of work in Freo to follow such a new local law, including the design and manufacture of new uniforms, badges, caps, truncheons and cages for the new cat police.

And what would we call the new cat police? The ‘Cat Police’?

Maybe something more prosaic like the ‘Fremantle Feline Force’.

Then you could call to a potential transgressor something like, ‘Mind that loose cat, buddy, or the Fers will be after you!’

Tonight we will find out the answers to everything!