Home 2021 November 24 Third time lucky? What has changed in the latest draft of the religious discrimination bill?

Third time lucky? What has changed in the latest draft of the religious discrimination bill?

The Morrison government has finally provided details of the third draft of its religious discrimination bill. This prompted heated discussion in a meeting of Coalition MPs on Tuesday, but Prime Minister Scott Morrison still wants to see the bill introduced in this final sitting fortnight of 2021.

What is the bill trying to do? What has changed since the last time we saw it? And will it be enough to satisfy the critics?

Why do we have this bill?

When same-sex marriage was legalised in late 2017, conservative religious groups were promised a “religious freedom” review as a consolation prize. That review, led by former Liberal MP Phillip Ruddock, found Australia does not have a religious freedom problem, but did recommend new legislative protections against religious discrimination. In response, in December 2018, the Morrison government promised a Religious Discrimination Act.

What’s in the third draft? 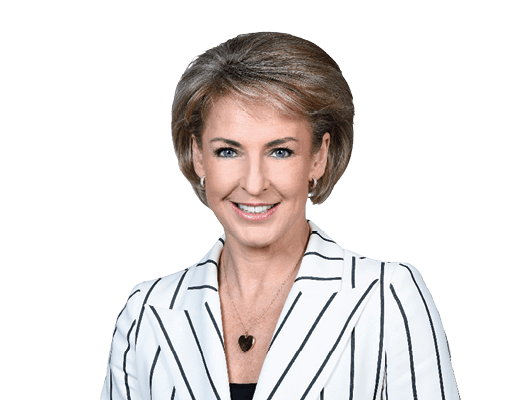 The first part is a legal “shield” protecting people from being discriminated against on the basis of their religion or lack of religion. This isn’t really controversial, as it simply adds religious discrimination to the existing suite of federal race, sex (also covering LGBTQIA+ status), disability and age discrimination laws. All states and territories, other than NSW and South Australia, already have laws prohibiting religious discrimination.

The second part of the bill is a more of a legal “sword” and is more controversial.

Some of the controversial features of earlier drafts, such as the ability of healthcare providers to refuse to provide treatment, are gone. But the current draft still includes a range of provisions overriding federal, state and territory anti-discrimination laws to allow people to be discriminated against.

The right to be a bigot

Statements of beliefs are things like comments from a boss to a female employee that “women should not hold leadership positions” or comments from a doctor to a patient that “disability is a punishment for sin”.

There are three limitations. A statement of belief will not be protected if it is malicious, if a reasonable person would consider the statement would threaten, intimidate, harass or vilify a person or group, or if the statement would promote or encourage the commission of an offence punishable by at least two years’ imprisonment.

One key change from previous drafts is statements that intimidate will not be protected. Earlier drafts only excluded “serious intimidation”.

Earlier drafts of the bill also included the so-called “Folau clause”, named after the incident in which Israel Folau parted ways with Rugby Australia as a result of comments he posted on social media about gay people. That clause would have made it unlawful for employers to have codes of conduct that limit a person’s ability to make statements of belief. This provision is gone in the current draft.

But there is still a mini Folau clause. Qualifying bodies (like a medical board) that licence professions and occupations are banned from setting professional conduct rules that prohibit making statements of belief, unless compliance with the rule is an essential requirement of the profession, trade or occupation.

So while an employer can discipline an employee for making a statement of belief, a professional association cannot.

The bill would mean it is not religious discrimination for bodies such as religious schools, hospitals or aged care facilities to seek to preserve a “religious ethos” among staff by making faith-based decisions in relation to employment.

For example, a Catholic hospital would be able to have a Catholics-only hiring policy. The bill simply requires religious bodies to have publicly available policies if they want to take advantage of this rule.

The bill specifically overrides state and territory anti-discrimination laws to ensure that such “preferencing” in employment is allowed in religious schools, even in those states where this is unlawful.

There are some complex constitutional issues with the bill. Here are three of them:

First, federal parliament might not have constitutional power to enact all parts of the bill. The government says it is relying on the “external affairs power”, which allows federal parliament to pass laws implementing treaty obligations, like article 18 of the International Covenant on Civil and Political Rights about the right to freedom of thought, conscience and belief.

But international human rights law is clear that religious freedom cannot be used to interfere with other rights, which is exactly what some parts of the bill do.

If the bill passes, many state anti-discrimination cases will now also involve the federal “statement of belief” exemption, which means these cases will need to be heard by a court. Because court cases are very expensive, it is likely many of these cases simply won’t happen and people who have been discriminated against will be left without a remedy.

Where to from here?

Recent indications are the bill will be referred to a Senate inquiry – as per the normal process for an important piece of legislation.

If that happens, there’s almost no chance of a vote on the bill this year and the heated debate will continue.

But given the ongoing complexities and far-reaching consequences of the bill a proper Senate investigation is essential.