The debate on the so called Swan River Crossings project continues.

While many in the community are not taken with the four options presented by the official Fremantle Bridges Alliance, which includes Main Roads WA, and would prefer to see an Option 5 bridge crossing option developed when it comes to the replacement traffic bridge; and wonder whether an additional rail track needs be constructed just now, if at all; and whether consideration of the rail bridge component should be deferred until after the consideration of future planning options at Victoria Quay and on the north side of the Port recently announced by the State Government, it seems it’s full steam ahead for the Government. The possibility of an Option 5 is simply not part of their thinking.

We thank those who took part, especially those who took the time to complete the online survey. Your feedback is now being collated and fed into the analysis of the four alignment options.

Our next steps are to move through the design development program. We will be actively seeking stakeholder and community participation into the bridge aesthetics, heritage outcomes, connectivity of pedestrian and cycling paths and urban design for public open space areas. We look forward to being in contact with you again as we develop the project over the months ahead.

In recent developments, the WA Government announced the Future of Fremantle Planning Committee, which is tasked with developing a longer term vision of Fremantle Port’s inner harbour. The Swan River Crossings project is considered one of the significant projects underway to revitalise Fremantle.

This communication makes it pretty clear that we the people of Freo will not hear anything more on the topic of the new traffic bridge alignment until such time as the Minister for Transport, Planning and Ports, Rita Saffioti announces which of the four alignment options presented to her, the Government will adopt.

On Wednesday night just gone, the matter came before the Council of the City of Fremantle, which again debated the issues. 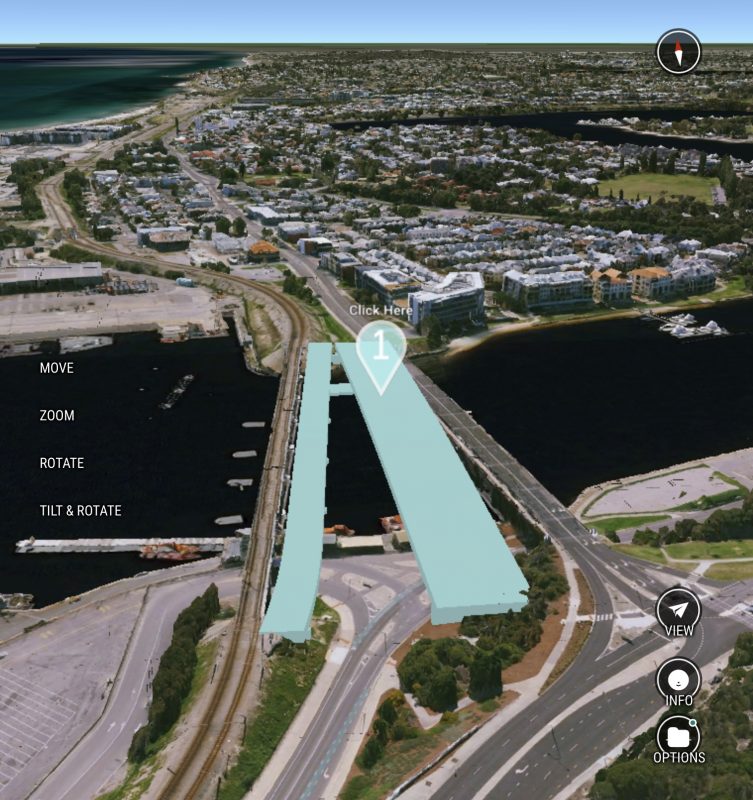 After draft resolutions and amendments were considered and voted upon by the councillors, here’s the Council’s final resolution –

1. Provides the following general observations and feedback to the State Government and the Swan River Crossing Alliance:

a) Reiterates the concern that the Swan River Crossings project was proposed to be an infrastructure replacement project only and within a constrained project area; and as such provides limited opportunity to deliver improved transport and land use planning outcomes for urban environments previous fragmented by incompatible regional transport networks;

b) Welcomes the State Government’s recent commitment to develop the Future of Fremantle Planning Strategy and requests that it include a regional transport network that supports the continual growth of the urban fabric of Fremantle;

c) Agrees that based on the deteriorating serviceability of the Fremantle Traffic Bridge, it needs to be replaced as a matter of urgency and acknowledges that its replacement will be required in advance of the strategic planning direction to be established by the Future of Fremantle Planning Strategy;

d) Notes that the proposal to duplicate the rail bridge to provide a dedicated freight line is one of numerous strategies that would improve freight logistics relative to the Inner Harbour but that the need to establish a dedicated freight crossing is not critically urgent or based on unacceptable safety concerns;

e) Concludes that there is insufficient justification to warrant the immediate duplication of the rail bridge in advance of establishing the optimal regional transport network and land use plans as part of the Future of Fremantle Planning Strategy; and

f) Supports a bridge design that requires minimal or no interference with the riverbed and water flow in recognition of cultural concerns expressed by the Indigenous community.

2. Provides the following summarised feedback on each of the four alignment options:

a) OPTION 1 – is the preferred option out of the four because:

i) it aligns most closely with previous feedback from the City to MRWA;

ii) it optimises the heritage, public realm and place-making opportunities;

iii) it keeps the overall impact of new infrastructure as far west as practicable.

b) OPTION 2 – demonstrates no clear community benefits over and above option 1 but may result in major disruption to rail services in the future when the existing rail bridge needs replacing.

i) it results in an outcome that leaves part of the old Traffic Bridge structure ‘locked’ between two new bridges;

i) It potentially reduces construction time by 12 months;

ii) It opens possibilities for greater flexibility in bridge design.

However, before this option could be fully supported, the following matters would need to be addressed:

(1) that the demolition of the existing the State Heritage Register listed traffic bridge, is deemed acceptable.

(2) Traffic redistribution and local diversions during construction will can be managed to acceptable level of congestion and appropriate community consultation is carried out.

(3) Businesses along Queen Victoria Street (on both sides of the river) are consulted on the proposed traffic management plans, including forms of compensation for any loss of business due to reduction in passing traffic during construction.

(4) Any financial gains achieved with this option will be measured and fully costed, clearly demonstrate a better bridge design and improved place-making outcomes for the community.

3. Re-confirms that the 6 Principles adopted by council on 24 June 2020 remain applicable, and should guide the next phase of project design.

4. Re-affirms Council’s desire to continue working with the State Government and its Alliance team on the Swan River Crossing project to achieve the best possible outcomes for the community.

5. Writes to the Hon. Rita Saffioti MLA, Minister for Transport, Planning and Ports to:

a) Welcome the opportunity to continue to be involved in the design and development process for the River Crossings Project;

b) Thank the Government for re-opening the discussion with the community regarding multiple bridge alignment options;

c) Request confirmation as to why the rail bridge component is planned to be constructed simultaneously with the traffic bridge, ahead of the broader planning for the North Fremantle peninsula, suggesting that it may be beneficial to delay this component of the project until this strategic work is completed;

The barricades may yet need to be erected!