Well, it turns out not only to be possible, but true. 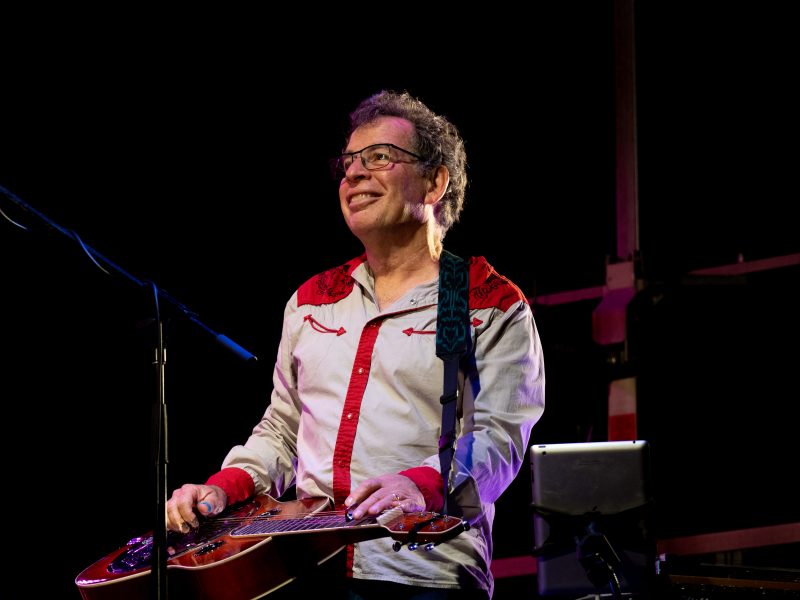 Lucky Oceans, fortunately for us all, plans to mark the occasion with a Birthday Bash at Freo Social on 23 April.

Lucky’s musical story is pretty well known. Raised as Rueben Gosfield in Philadelphia. Early fame in the US with Asleep at the Wheel. Met photographer Chris Haddow from Kalgoorlie in Nashville and found his way here to Freo with her. Then found major fame in Freo with the Zydecats and as himself, especially on Radio National!

In 1995, Lucky started working for Radio National’s award-winning music show as a programmer and soon became the presenter of the show, a position he held for 21 years, much of it programming and producing the show himself. He became a cultural icon in Australia for his deft handling of multiple musical strains and for his warm, erudite, no-nonsense delivery. We still miss him on the radio.

To learn all you ever wanted to know about Lucky, don’t miss our revealing podcast interview with Lucky from when he was a mere lad of 65 or 66!

Back to the gig. It’ll be one hell of a show. It’s hardly two weeks away now, so you will want to organise your tickets soon to be sure not to miss out.

Tickets: $33 plus booking fees at Moshtix. Part of the proceeds go to Support Act.