We here at the Fremantle Shipping News seem to have started something akin to a grammar war when we posted a story recently about a proposed development in Fremantle of ‘an Hotel’. Is it an a or an an before an h, or is that a h?!

Well, with deference to all the folk who have contributed to the debate on Facebook, both learned and otherwise, our Editor, Michael Barker, chooses to defer to what Merriam-Webster have to say on the topic, which ultimately is that “I am choosing the article that suits my own pronunciation.”

When to use each, and when to say ‘either one works’ 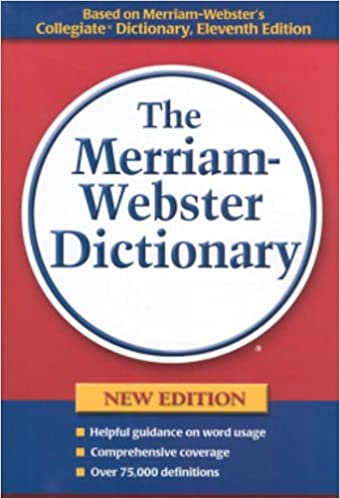 Choosing between the indefinite articles a and an is determined by the sound of the following word. If the word begins with a consonant sound you would use a, such as “a dog” and “a balloon,” as well as “a one” and “a unicorn.” If the word begins with a vowel sound, use an, such as in “an honorable man,” and with spoken acronyms like “an FBI agent.” Words like historic, with a pronounced “H,” can use either a or an.
In the eternal, and generally fruitless, quest to find some way to make English make sense, many people look for simple rules to apply to our language. One such rule is the one concerning whether to use a or an as an indefinite article (“the word a or an used in English to refer to a person or thing that is not identified or specified”).

Some people feel strongly that words like ‘historic’ and ‘historical’ should be preceded by ‘an’, not ‘a’. We recommend using whichever article suits your own pronunciation. Just remember that ‘ahistorical’ means something else entirely.

The rule that many people vaguely remember is that one uses a if the word that follows it begins with a consonant, and one uses an if the following word begins with a vowel. That would be so easy, wouldn’t it?

It would, which is why that is not the way that the rule for using a or an works.

It’s About the Sound

The deciding factor for which of these words should be used is the sound that begins the word which follows these indefinite articles, rather than the letter which does. And there are scads of words in English that begin with a vowel, but which are initially voiced with a consonant sound (and vice versa).

The same rule applies to acronyms and initialisms, which when viewed on the printed page may lead to a certain visual incongruity, especially if readers are not silently voicing the words in their head as they read. For instance, if one were to write about a memo sent by the Federal Bureau of Investigation (in its initialized form) it would be “an FBI memo”; even though the word following an clearly begins with a consonant, it is voiced as a vowel (“eff-bee-eye”). Should one, however, write about a memo sent by the Central Intelligence Agency (again using the initialism for the name) it would be “a CIA memo.”

This all makes a certain amount of sense, and once one accepts that we are applying a rule for the spoken form of English to the printed page it is generally not so hard to figure out which form of the indefinite article to use. If in doubt, simply say the word which will follow the a or an out loud, and decide accordingly.

But! There always seems to be a but—what about problematic cases such as historic? Should this be preceded with a or an? Some people, it must be said, do appear to feel very strongly that historic and historical should be preceded by an, rather than a. The reason for this is that in these two words the initial H was, for a long time, unstressed to the point of inaudibility, and so one would typically see “an historic(al”) written (and some people still do not pronounce the initial H of these two words). As many of the people reading this have only waded through this article so far in order to get a definite answer on the use of this indefinite article in this definite sense, here is what the Merriam-Webster Dictionary of English Usage has to say about historic:

A few words, such as historic and (especially in England) hotel, are in transition, and may be found with either a or an. You choose the article that best suits your own pronunciation.

If you begin to dig into written English use from more than a few decades ago it is very easy to find a large number of words which were apparently pronounced differently than they are today, as evidenced by the author’s choice of a or an before them.

A Letter to a Friend, Touching Dr. Jeremy Taylor’s Disswasive from Popery. Discovering Above an Hundred and Fifty False, or Wretched Quotations, in It.
—A.L., 1665

An History of the Corruptions of Christianity
—Joseph Priestley, 1793

There are very few people today who still put an before the words hundred or history, for the simple reason that it would sound funny. Yet some have held onto the notion that historic requires an an before it. Should anyone tell you that you’ve made a mistake in this matter you may always fall back on the sage advice offered above by the Merriam-Webster Dictionary of English Usage and say “I am choosing the article that suits my own pronunciation.”