A Week In Politics Is A Long Time!

Can you believe it, tomorrow will mark a week since the State Election.

As we reported earlier in the week, it appeared Dr Brad Pettitt would soon be former Mayor of Fremantle. The ABC now seems to have confirmed that outcome. He will soon be a Green from the South Metropolitan Region of the Legislative Council. 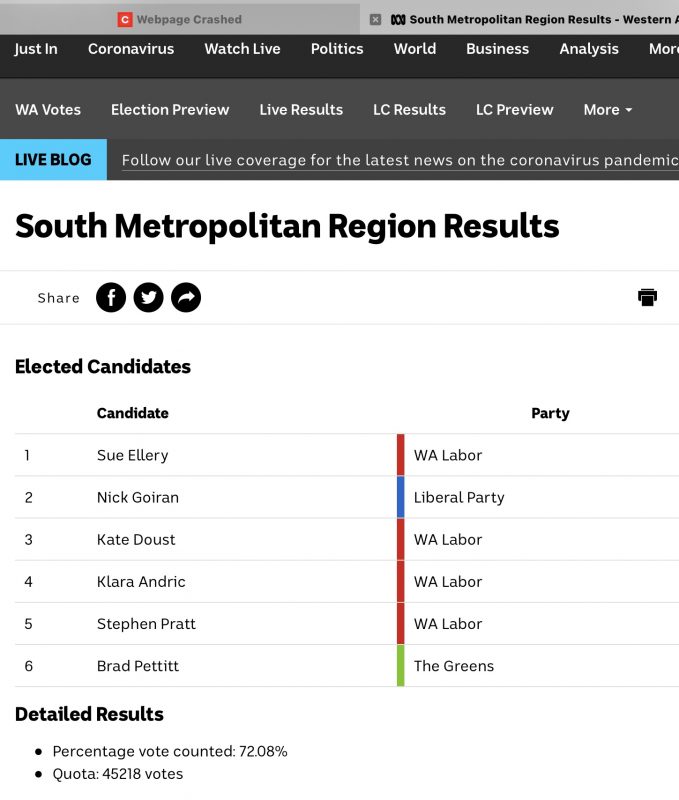 Amongst the other South Metropolitan MLCs, Sue Ellery is an old hand and a continuing Minister in the second McGowan Labor Government – for Education.

If you’ve been wondering how many Freo folk voted well before Election Day, well it appears to have been around 45%!

So now the election is over, it’s back to worrying about the Old Traffic Bridge and just where it should be aligned.