As It Is Written – Love My Neighbour!

She’s also a good neighbour and a great cook. You won’t want to miss her love of neighbourhood nor of food expressed in this beautiful article.

And nothing will stop you trying out her Mandarin Delicious Pudding!

When I first arrived to live in WA I was enchanted by the practice of the “haves” leaving
surplus lemons on the verge for those of us who “had not”.

The first time I was brave enough to help myself I looked around, grabbed a couple, waved
uncertainly in the direction of the house whose letterbox they were sitting on, and hopped
back into the car with alacrity. It didn’t take long before I understood that I would be doing the household a favour by taking more.

Taking it to the next level though was moving into a Freo neighbourhood that still has some of those large backyards from the quarter acre block era. The type that those of us over a
certain age grew up taking for granted, and all had a vegie garden in the back.

My loved one and I now inhabit the house-that-was-added-on-the-back of a subdivided
block. It has a pocket handkerchief garden in which I can sustain a good supply of Italian flat leaf parsley and not much more. However, we are surrounded by large and fertile back
yards with owners who are considerably better gardeners.

One of those neighbours is local Fremantle identity Fedele Camarda, a fourth-generation
lobster fisherman with green fingers and a generous spirit. 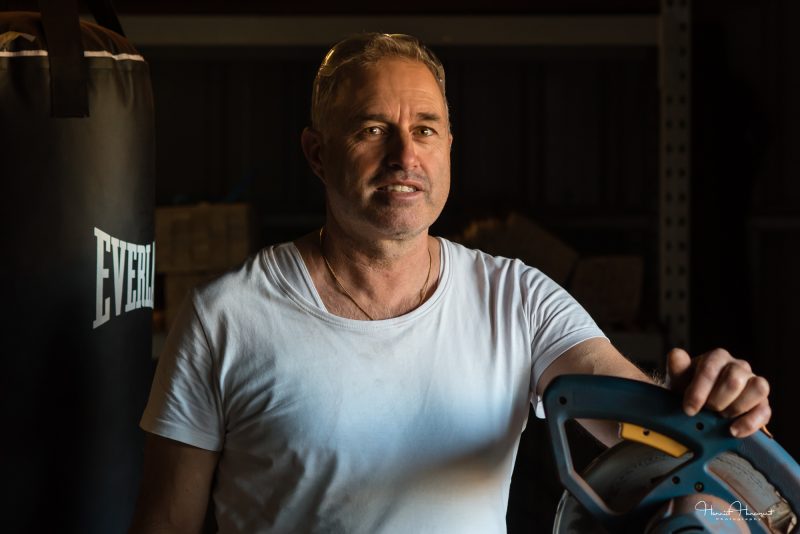 In the last 6+ years, from over the back fence – both literally and metaphorically – we have
been the grateful recipients of crayfish, octopus, lemons, figs, cuttlefish, garlic, oranges, tomatoes, chokos, and more.

On top of that, more than once I have turned up on the doorstep saying: “I need to use your
front door for my photo, I need some young hands for my photo, can I have some grape
leaves for my photo?”

All requests have been accommodated at a moment’s notice with barely a flicker of an
eyebrow.

It’s not a one-way street though; while I can’t grow much, I can cook and I photograph food
for a job, so the Camarda family has been on the receiving end too. Pink Peppercorn
Pavlova with Dried Strawberries, Bacon & Egg pies, Sicilian Apple Cake, Barbecue Sauce,
Ginger Cake, Bitter Chocolate & Marmalade Tart, Coconut Banana Bread – you get the drift –
have all tracked their own minimal food miles back. 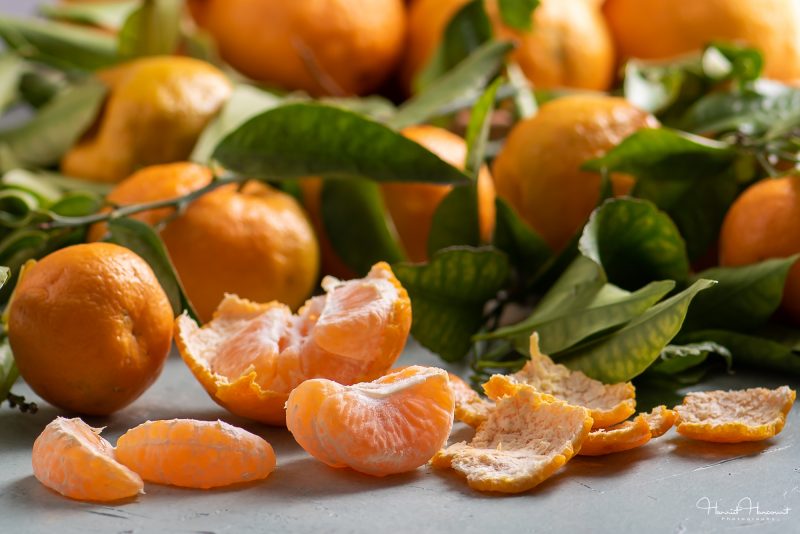 Our most recent gift from the bounteous next-door garden is mandarins. The sensory
delight of these mandarins is contagious! Begin to peel one and the whole house comes
alive with the joyous, citrussy tang of what promises to be a sensational few mouthfuls.
It usually doesn’t take long before you are joined by your partner who was drawn by the
glorious scent in a sort of reverse Pied Piper fashion.

If you should become the lucky recipient of your own supply of these seasonal flavour
bombs, you may like to divert a few into this old classic, favourite winter pudding that was
originally made with lemons. 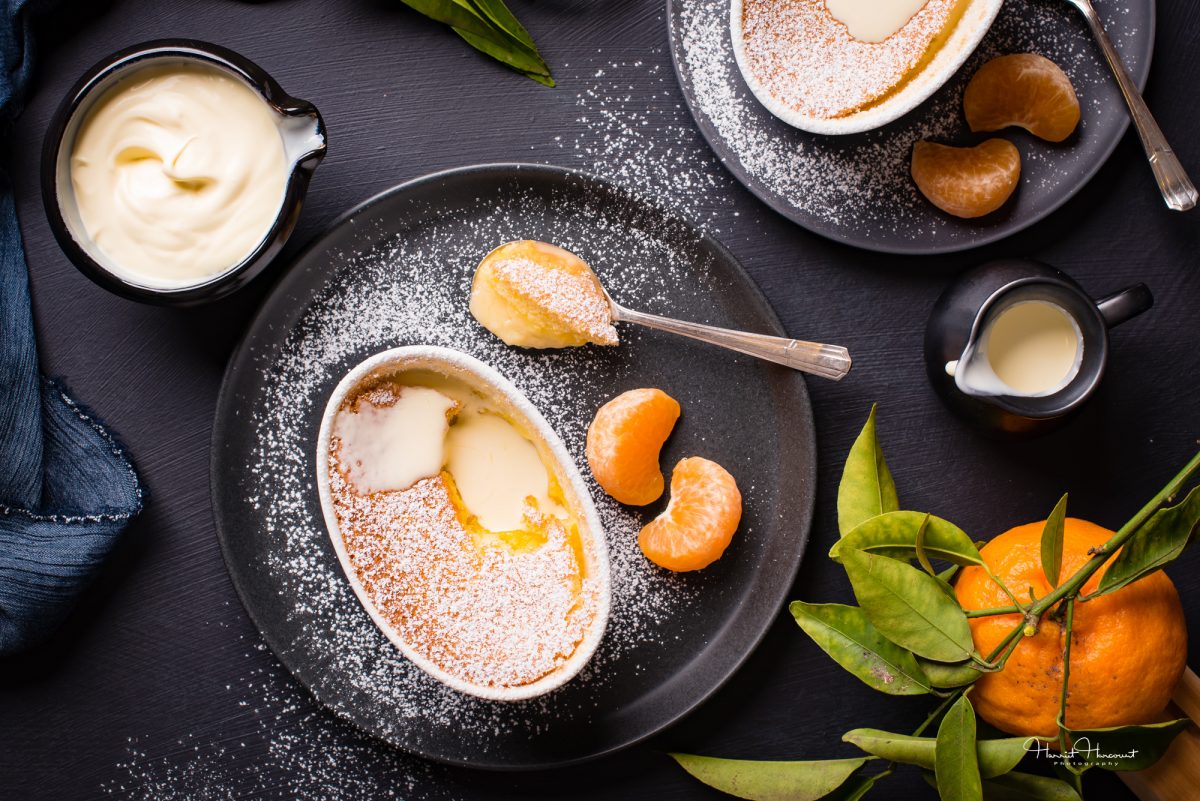 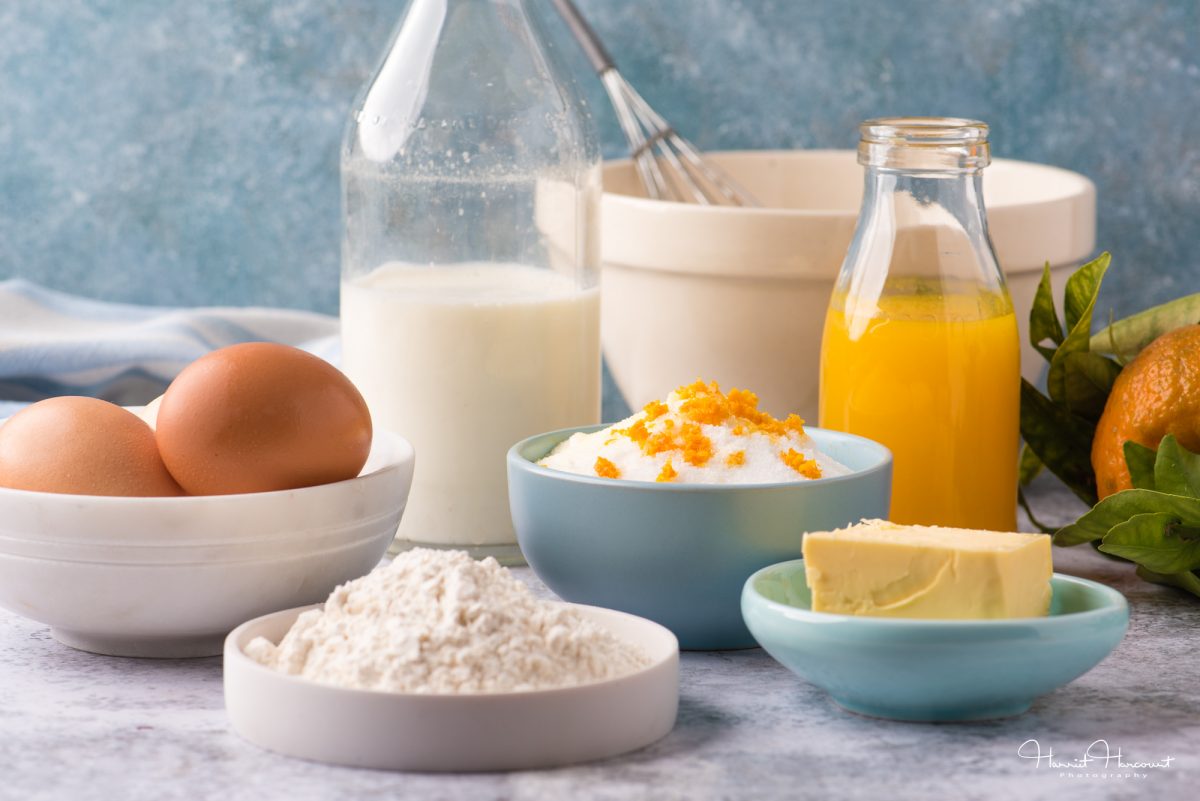 To serve: Serve pudding hot with cream or whipped cream