If you love food and want to find good, fresh ‘organic’ food in and around Fremantle, at a good price, how do you do it?
The answer? It’s not as easy as it should be! At least not if you want to buy local and know where what you’re buying has come from.
There are good outlets reasonably accessible to Freo People at Farmers Markets at South Fremantle, Palmyra, Manning and Mt Claremont that sell organic fruit, vegetable and meat. There are also a good range of fruit and veg shops locally as well as suppliers online.
But first, there’s the Big Question: What is organic food all about?
This raises the related question: What’s wrong with good, fresh, less expensive fruit and veg, chicken and meat and everything else sold in so many good local stores these days, though not under the organic label?
These questions can provoke long discussions amongst friends and don’t always end in warm hugs and furious agreement! To ‘go organic’, or not, is, in the end, a very personal question.
Put very simply, organic products – if truly ‘organic’ – have been farmed and produced in eco-acceptable ways that are both good for the planet and good for you.
Wikipedia have this to say on the topic:
‘Organic food is food produced by methods that comply with the standards of organic farming. Standards vary worldwide, but organic farming features practices that recycle resources, promote ecological balance, and conserve biodiversity. Organisations regulating organic products may restrict the use of certain pesticides and fertilizers in the farming methods used to produce such products. Organic foods typically are not processed using irradiation, industrial solvents, or synthetic food additives.‘

Today, European Union, the United States, Canada, Mexico, Japan, and many other countries require producers to obtain special certification to market their food as organic.

We in Australia also have an organic accreditation system, as explained later.

‘From an environmental perspective, fertilizing, overproduction, and the use of pesticides in conventional farming may negatively affect ecosystems, biodiversity, groundwater, and drinking water supplies. These environmental and health issues are intended to be minimised or avoided in organic farming.’

‘However, the outcome of farming organically may not produce such benefits because organic agriculture has higher production costs and lower yields, higher labor costs, and higher consumer prices.’

Certainly Wikipedia is right about the higher consumer costs. A cynic might say that some fruit and veg stores are simply getting in on the organic act at the moment to increase their profit margins and don’t truly have their hearts in it.

A visit to local Freo stores store recently showed that bananas range in price from around $3.00 per kilo for ‘ordinary’ or conventionally farmed ones to around $6.00 per kilo for organic ones. The price comparison is much the same for many other goods. Very occasionally there are exceptions.

Plainly, the demand for organics is primarily driven by consumer concerns for personal health and the environment, but many observers say that there is insufficient evidence in the scientific and medical literature to support claims that organic food is either safer or healthier for you to eat than conventional food. No doubt fans of organics would want to contest these views.

Others reasonably observe, however, that while there may be some differences in the nutrient and anti-nutrient contents of organically produced and ordinary products, the variable nature of food production, shipping, storage, and handling makes it difficult to generalise results.

Similarly there is disputation around claims that ‘organic food tastes better’. Perhaps, just as beauty is in the eye of the beholder, taste is in the tongue of the taster! 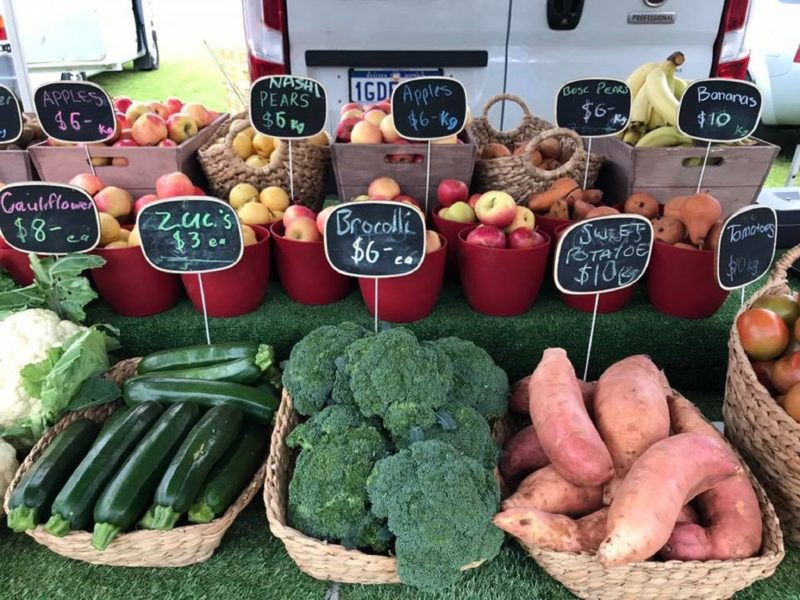 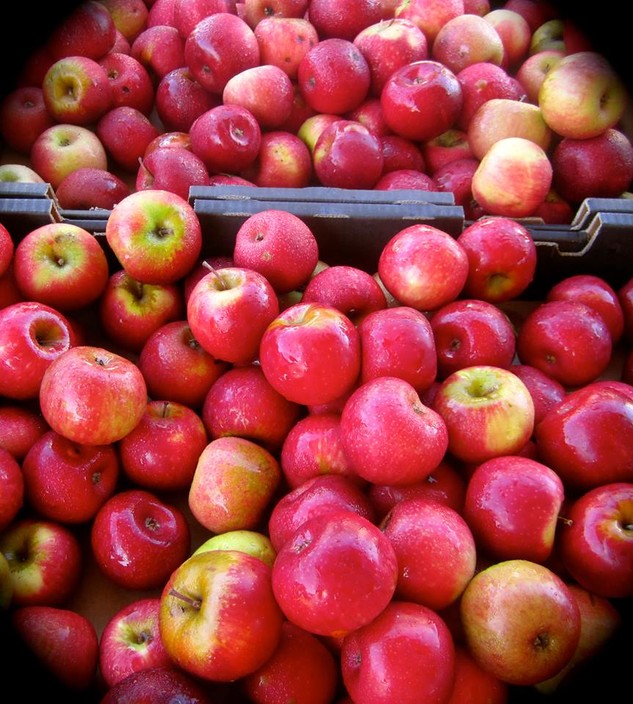 But how can we know if something is worth paying more for because it’s organic. And can anyone sell something as ‘organic’ without official approval? Are consumers at risk of being ripped off?
In Australia, organic accreditation is controlled by the Commonwealth Department of Agriculture. It approves the organisations entitled to certify whether the standards for describing products as truly organic have been met. This gives confidence that certified products saying they are organic actually have been made under agreed environmental conditions. Otherwise someone could say their bananas, for example, are organic, when they’re not. In this regard, just being ‘spray/pesticide free’ doesn’t mean something has been produced organically.
The Australian government has an Organic & Biodiversity Standard and gives authority to 6 certification bodies in Australia to administer certification to the national organic standard. The 6 certification bodies all use the national organic standard as a base standard.

The organic certification bodies currently in Australia are:

Two of these bodies, NASAA & ACO, also have their own additional requirements – such as conditions for international organic standards, allowing producers to export internationally. Each organic certification body must comply with the national standard, on top of this the certifying body may have additional requirements for their members to comply with.

ACO would appear to be the most prominent in terms of coverage. On their website they say that over 70% of organic certified operators in Australia are granted permission to use the ACO logo, which they refer to as the “BUD”.

So, you should find that a person selling you organics is certified by one or other of these organisations.
Sometimes sellers will say their produce is ‘spray free’. This might be good, but you need to ask more. This is explained by trulyorganic.com.au, who farm organically under certification in the South West, in these terms:
‘CERTIFICATION AS ORGANIC
Amongst a host of requirements, farmers have to keep detailed records, have an on-site inspection by an official certifying agent, and pay all the fees associated with the certification unfortunately, as a result, it does often ostracise the small local farmer.
SPRAY / PESTICIDE-FREE PRODUCE
So if certified organic is the most reliable label in terms of buying organic, what are the spray / pesticide-free labels about?
Many people think that if a foodstuff is itemised as being spray/pesticide-free, the produce must have been created without the use of synthetic additives/pesticides and thus all is hunky dory. Bingo – it’s organic! Right?
WRONG. BEWARE!
The terms ‘pesticide-free’ and ‘spray-free’ are used very loosely in agriculture and not regulated. There is no legally recognised definition, in fact, with regard to such labels, which can, therefore, be used in a misleading way.
For example, if something is labelled ‘spray-free’, the crop may have been spared from being sprayed, but the soil could have been primed with artificial fertilizer or the seeds might have been dipped in fungicide.
Likewise, if something is labelled ‘pesticide-free’, a farmer may not have used synthetic herbicides or insecticides, but may have used genetically modified plants or seeds.
Having said this, the term can be very handy for those farmers wishing to produce ‘clean’ food.’
Truly Organic then give this advice –
‘SO WHAT TO DO?
KNOW YOUR FARMER!’
This is, in the end, the best advice you can get about getting the best organics at the best price. Everything goes back to knowing more about where your food comes from.
In that regard, shopping local is always best. Get to know your local farmer at the farmers markets and how their fruit and vegetables are produced.
Or ask your local fruit and veg people or meat supplier/butcher just where they source their organic or spray free produce. You will discover some go to the central markets and choose the organic fruit and veg that is well priced and looks good. But just who produced it, and where, may remain a mystery.
If you wish to be more scientific, the first question to ask, if your store or supplier advertises their food as organic, is: who has given the certification. It should be one of those mentioned above.

• What do you mean by spray free?

In both cases you also want to know –

• How do you protect your crops?

• Do you use GMO (genetically modified)seeds?

• What do you feed your livestock?

• Do you rear your livestock hormone/chemical/antibiotic-free?

• Are your livestock free range/caged/pasture-based?

We at the Shipping News are looking forward to the day there is much more competition in the local organics market, both in store and online. Most well known local fruit and veg stores around the Freo area have or are developing dedicated organic sections. Some are really quite impressive, although they don’t exactly tell you much about where their produce has come from, just how local it is. We need more consumer information in this regard. Perhaps the farms of origin can be advertised.

Even some of the major supermarket chains advertise their organic credentials, although it has to be said that presently they offer very little variety, and what they do offer isn’t all that local.
What we need, as we say, is real competition in the organics market in Fremantle. Let’s hope we soon see major moves in new stores, and with greater ranges of organics at more competitive prices. Consumers of organics are prepared to pay more for organics, but they want locally produced, good, fresh produce and meat and chicken, and they want fair prices.
How about it?
Don’t hesitate to share your thoughts with us here. 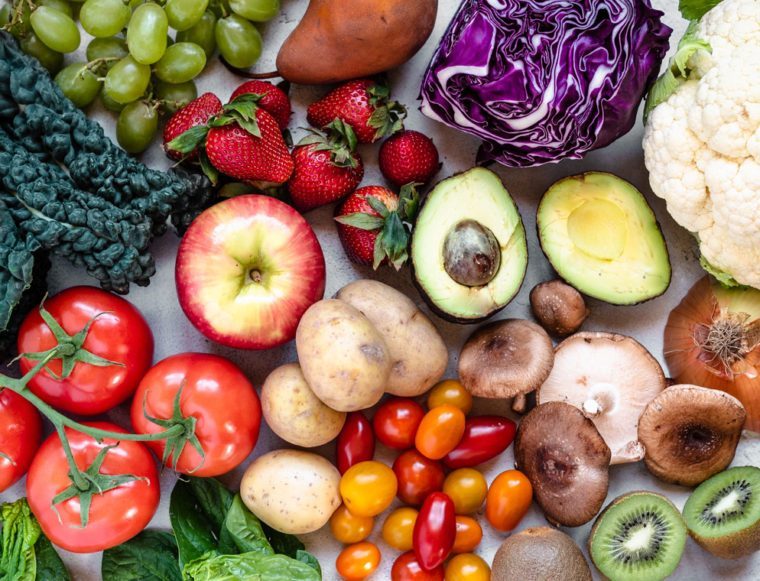 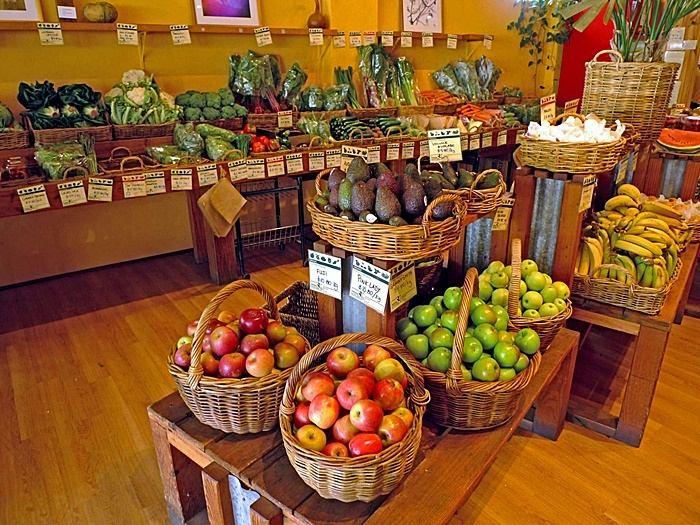