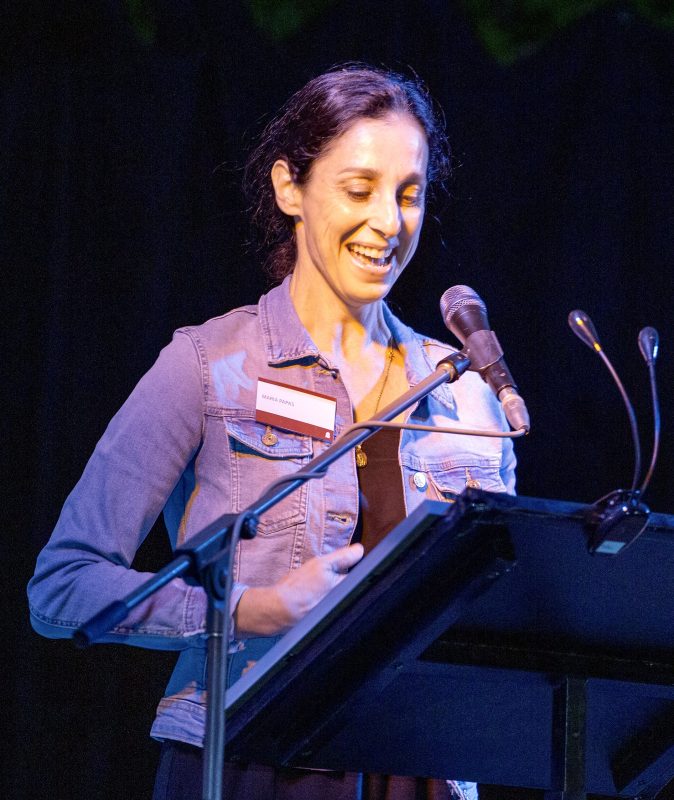 Maria Papas making her acceptance speech on award of the Hungerford Prize 2020. Photo by Jessica Gately

Maria Papas is no stranger to the thrill of making the Hungerford shortlist, having had her previous manuscript on the list in 2010. A decade later, Maria was convinced she wasn’t going to win this time around either. ‘I didn’t expect to win and, honestly, as my Mum and Dad walked in the door I said, “Mum it’s not me, it’s not me, so be there for me at the end.”’ 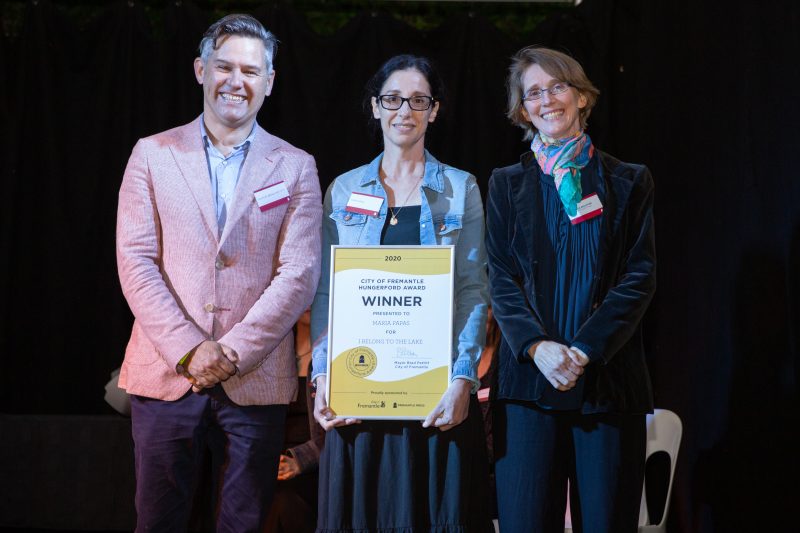 While confessing that she submitted her latest novel just twenty minutes before entries closed, Papas says she hopes her win will convince other writers to stay committed, keep learning and keep going.

Judged anonymously, the biennial prize is in its 30th year and is presented to an emerging West Australian writer for their first full-length, unpublished work of fiction or narrative non-fiction. 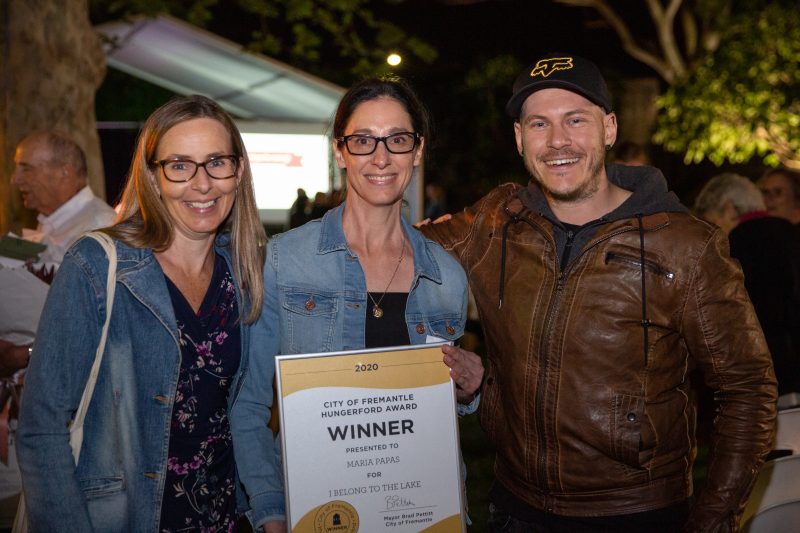 Fremantle Press publisher and Hungerford judge Georgia Richter said this year’s winning novel was moving, subtle and skilful. Richter said: ‘I Belong to the Lake explores a family’s experience of childhood leukaemia. It’s about the bond forged by two teenagers hovering on the periphery of their siblings’ illness and it captures some of those unseen long-term changes wrought in families affected by cancer.’

Set in Lake Clifton, just south of Mandurah, the novel is told from the perspectives of Grace, a nurse, who runs into Nate, a boy whose family lived nearby. The connection they had as teenagers – both sidelined and made to witness the progression of their siblings’ leukaemia – is reaffirmed in adulthood.

Papas said too often literature and cinema represented cancer as a neat trajectory or plot point – a disruption to the norm that was to be overcome. She said that her family had had a the very intimate experience of watching loved ones be treated for cancer and she wanted to write about paediatric cancer in a way that honoured the very fragmented and often disorientating nature in which such an experience is commonly lived.

Maria asks, ‘What happens to siblings, for example? How does one retain a sense of wonder even in the midst of such heavy hospital treatment? Can families impacted ever leave the shock or trauma behind? These are the questions that kept me going as I wrote.’ 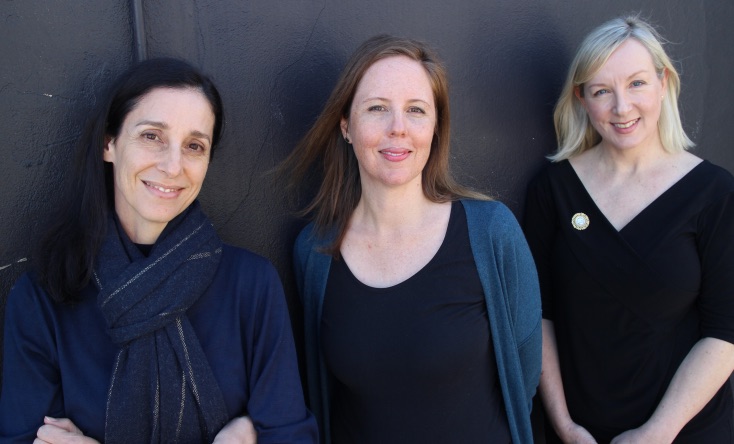 The winner was announced at a ceremony at Fremantle Arts Centre on Thursday 22 October. Fremantle Mayor Brad Pettitt said he was confident the other shortlisted authors Sharron Booth for The Silence of Water and Joanna Morrison for Still Dark would also go on to successful writing careers. Mayor Pettitt said: ‘The City of Fremantle has always been a huge supporter of the arts and literature. It has been a challenging year in many ways, and a time in which we have seen creative artists in particular struggle with their livelihood. So, the importance of awards like the Hungerford, which the City of Fremantle proudly sponsors, has become even more pronounced.’

The three judges of this year’s award, Sisonke Msimang, Richard Rossiter and Brenda Walker, read 66 manuscripts of a variety of forms and genres, including literary fiction, young adult novels, short story collections and narrative non-fiction. What they were looking for was a confident narrative delivery, a distinctive, compelling voice and stories that needed to be told.

Our editor, Michael Barker had the great pleasure of speaking with Maria Papas about her Hungerford win, her manuscript, how it came about, some of the family issues that can arise following trauma, and her passion and approach to writing. Listen now to this enlightening podcast interview with Maria.