Fremantle Shipping News has actively supported the campaign to produce a better Traffic Bridge across the Swan River/Derbarl Yerrigan at North Fremantle, than that initially offered by Main Roads WA.

Following the expression of community concern, the State Minister with the carriage of the Bridge proposal, Transport Minister Rita Saffioti MLA, commendably instituted a series of workshops to facilitate dialogue between the community and Government agencies to address issues of concern. The alignment of a new bridge closer to the residential precinct on the north shore than the existing Old Traffic Bridge, was one of the biggest. 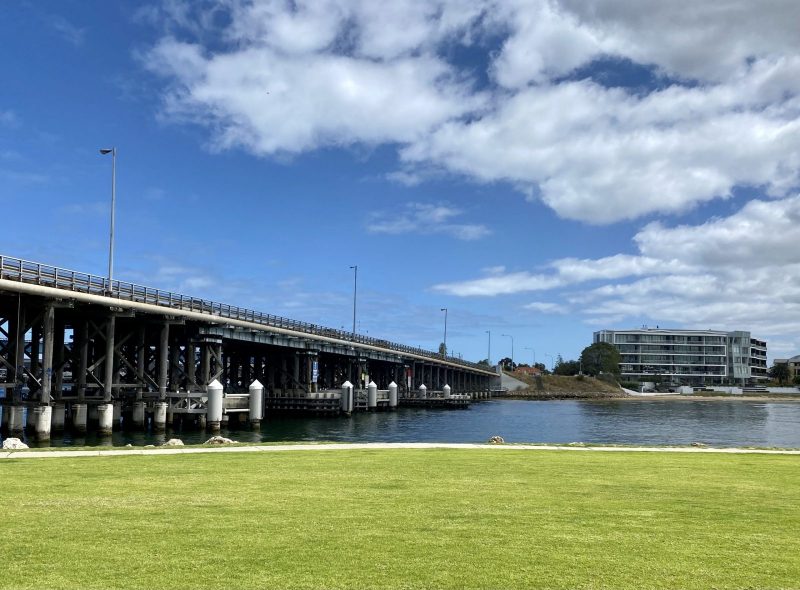 We recently reported on the joint media statement of the responsible State and Commonwealth ministers on the outcome of the community workshops, which indicated that community feedback will guide the next stage of designing and planning the new bridge. .

Since then a construction Alliance appointed by the State Government, which includes Main Roads WA, has been set up to work on the contentious alignment and design issues and to consult with the community to get that feedback to guide the next step. 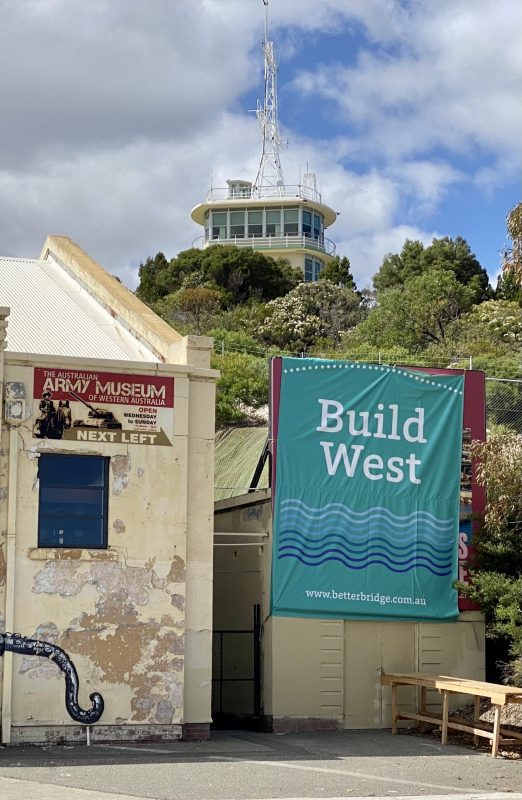 The combined Campaign of the Better Bridge Campaign and the North Fremantle Community Association has now issued a press release in which the community has welcomed the announcement by State and Federal Government ministers that the next stage of community consultation will include further investigation of options to build the new traffic bridge on the community’s preferred alignment west of the existing bridge.

However, the Campaign spokesperson, Mr Gerry MacGill, said the Community wanted the next consultation stage to embrace a much wider range of issues than those covered in earlier forums.

Mr MacGill said: ‘This is a project of regional, indeed state-wide significance’, adding that the consultation presented a rare opportunity ‘to harness the regional transport network to the task of creating better communities both north and south of the river’. 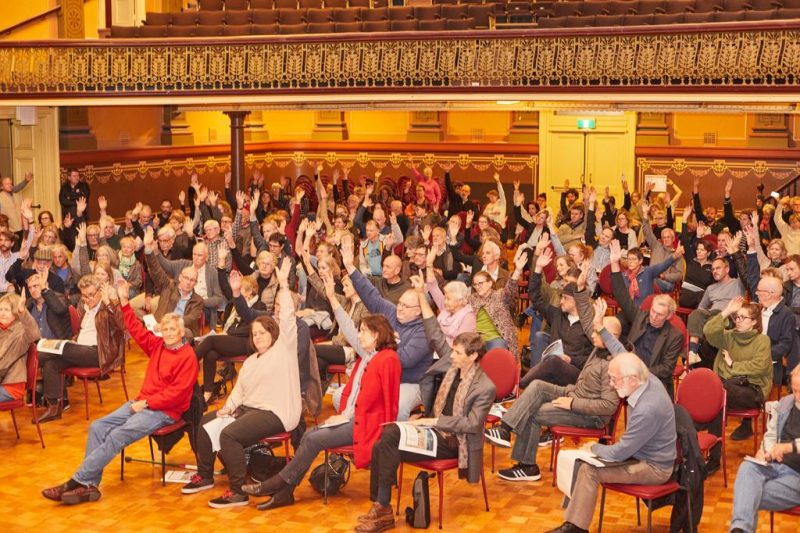 Mr MacGill said that the Campaign wants to see the Bridge alignment agenda of the proposed consultation with the Alliance, broadened to –
• Recognise the critical importance of the bridges in a regional context and of finding solutions that will enhance, and not hamper, creative planning for the future of the region.
• Assess the influence of alternatives to the present port’s operations currently under consideration, including establishing parameters (e.g. growth rates and timing of winding down of the North Fremantle Container Port) to guide planning.
• Take account of the social and environmental impact of existing road and rail transport practices, including an assessment of the point at which these practices will, if sustained, reach an unacceptable level.
• Assess opportunities to improve the efficiency of current road and rail operations in order to avoid further massive investment in supply-chain infrastructure, including the proposed second rail bridge.
• Give weight to the expressed desire of the community to recognise and retain, to the greatest possible extent, an expression of the heritage values of the Old Fremantle Traffic Bridge.
• Give a high priority to bridge design options that complement the heritage and aesthetic values of the river foreshores and the City of Fremantle.
• Take account of likely land use changes and opportunities as port functions are moved elsewhere.

Mr MacGill emphasised that the Campaign membership include an impressive range of people with the expertise in all of the relevant disciplines, including planning, architecture, engineering and transport, and that they do not propose to enter the next consultations armed with a fistful of ‘solutions’. Rather, their intention is to engage constructively with Alliance experts in finding solutions that satisfy immediate demands, but also lay a foundation for creative community building now and into the future.