To the joy of many, no doubt, Fremantle Council have just authorised the grant of a new licence to operate the Sunset Market at South Beach, South Fremantle for the 2020-21 Summer season, on conditions. 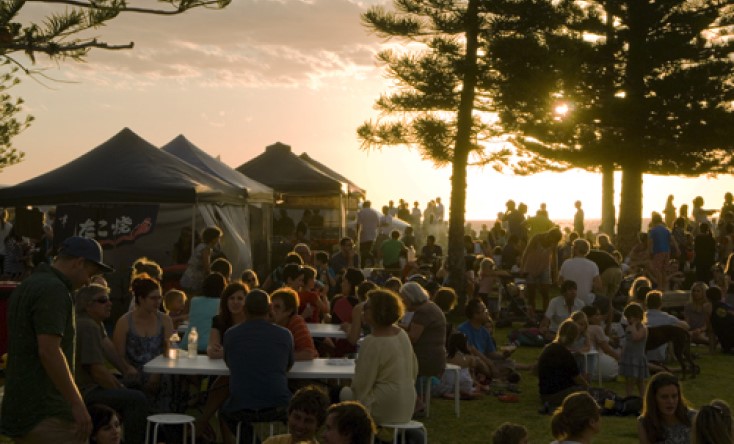 The licence goes to Georgie Adeane, who first began operating the popular and successful summer food market at Bathers Beach in 2012, before relocating it to South Beach in 2015.

The council has also resolved to advise Ms Adeane that following this season there would be ‘an open and transparent process’ to secure an operator to run a summer market at South Beach, with criteria that reduce the annual financial contribution from the City.

Fremantle Mayor Brad Pettitt said the council’s decision was a sensible outcome:
“This is a tricky one because we absolutely acknowledge all the effort Georgie has put in to build the Sunset Markets into the great success they’ve become, but they’re also held on public land with a ratepayer subsidy and the council has a responsibility to ensure everybody has a fair opportunity to use that land,” he said.

He added, however, that:

“It’s also the case that over the past five seasons the City has supported the operation of the markets to the tune of about $30,000 a year.

“Now that the markets are an established part of the South Freo summer we feel they should be able to stand on their own two feet with less support from the City.

“For future years council will develop an open and transparent process for the market at South Beach to ensure the best outcome for the City and our ratepayers.”

Under the offer to be put to the current operator of the South Beach market the booking fee and hire fee for South Beach and Wilson Park would be waived, but the operator would be responsible for bin hire, power supply, security costs, parking management and the provision and cleaning of additional public toilets.