A new, refurbished State-wide community mental health transitional facility has been opened by the State Government in East Fremantle.

Located on Moss Street, the refurbished house, which was part of a generous bequest to Fremantle Hospital nearly 40 years ago, has been given a $500,000 upgrade, creating a welcoming and home-like environment for people with mental health issues. 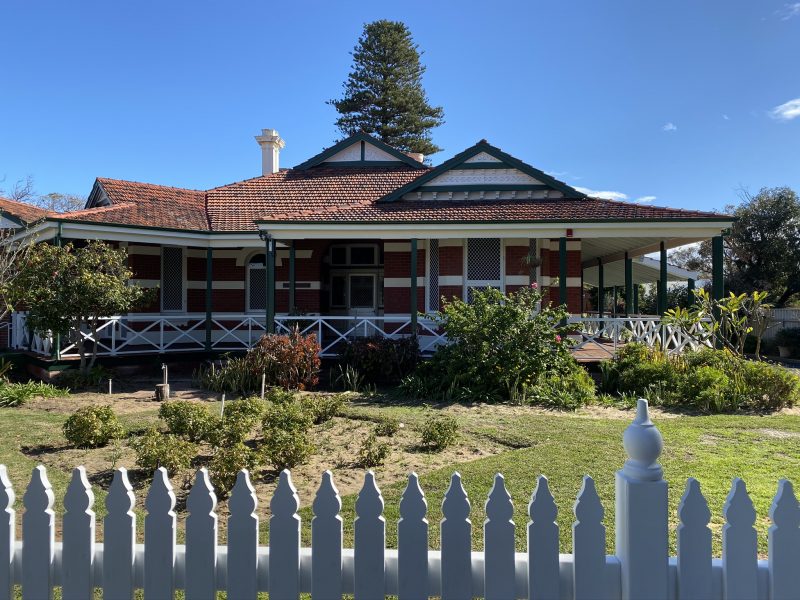 Hampton House, as the service provider is known, has been providing respite, support and hospital diversion services under various names and in various locations since 1992.

Their service provides short-term residential care for people in the community to help avoid the need for admission to a hospital, and also helps people transition from hospital back to the community.

In its new home at Moss Street, Hampton House will continue to provide short-term residential support for people diagnosed with a mental illness. The facility will initially have 10 beds, with provision to expand to 15.

The Hampton House recovery-based model of care aims to keep people out of hospital and helps them return to the community after a hospital stay.

Hampton House cares for around 320 people a year.

Both Bicton MLA Lisa O’Malley and Fremantle MLA Simone McGurk emphasised that the facility meant people would be able to get help closer to where they live.

The refurbished facility was opened by the Health Minister, Roger Cook, last Friday.

Originally called Sydenham, along with other dwellings of the era, the home was built on land subdivided from the Woodside Estate of WD Moore, commencing in 1912.

Most of the lots were sold between 1912 and 1929 and the majority of buildings were completed in this time. Residences were substantial and of various Federation period styles, distinguishing the area from the small worker’s cottages of Plympton. The Inter-War Bungalow style residence is also represented in Woodside.

John Wesley Bateman (head of the well-known Fremantle merchant Bateman family) died in 1909. Sydenham was built for his widow, who lived there until 1920.

The house was occupied for a short time by the Bates family then became Illawarra Private Hospital in 1922.

It was best known as St Helen’s, which it became in 1929 under Nurse Stradwild and later under Sister Walters. In 1948 it was taken over by Miss L R Kidston-Hunter and Miss P McKinnon.

They were in charge until it became an annexe of the Fremantle Hospital following the generous bequest to the Hospital.

From 1983, the home became known as the Moss Street Lodge, and has continued to be used for health related purposes ever since.

It’s nice to see Sydenham, which was designed by the leading Fremantle architect of the day, John McNeece, being used as a residential home once again.