Home 2020 May 6 Places I love: Pottering around London

Places I love: Pottering around London

During isolation, I often wish I could wave a magic wand and ‘disapparate’. A word invented by J K Rowling in the Harry Potter books, to describe a form of teleportation from one place to another.

My daughter grew up with Harry Potter, and I became a Potterhead too! Some years ago, we visited London. London is one of the world’s most exciting tourist spots. J K Rowling’s Harry Potter books and movies were inspired by some of its attractions.

The ten Harry Potter movies were filmed in and around the city. Harry Potter fans continue to descend on London, looking to satisfy their ‘wizarding fix’.

We travelled around London on a hop-on hop-off bus and by the underground to visit many of the Harry Potter movie locations. We also took a Thames River cruise and a Harry Potter walking tour.

Our walking tour started at The Ministry of Defence and Scotland Yard buildings— these buildings feature in all the Harry Potter movies as the Ministry of Magic and access is via a red London telephone box.

We visited Trafalgar Square, where the Death Eaters swooped and bombed, leaving a trail of death and destruction. 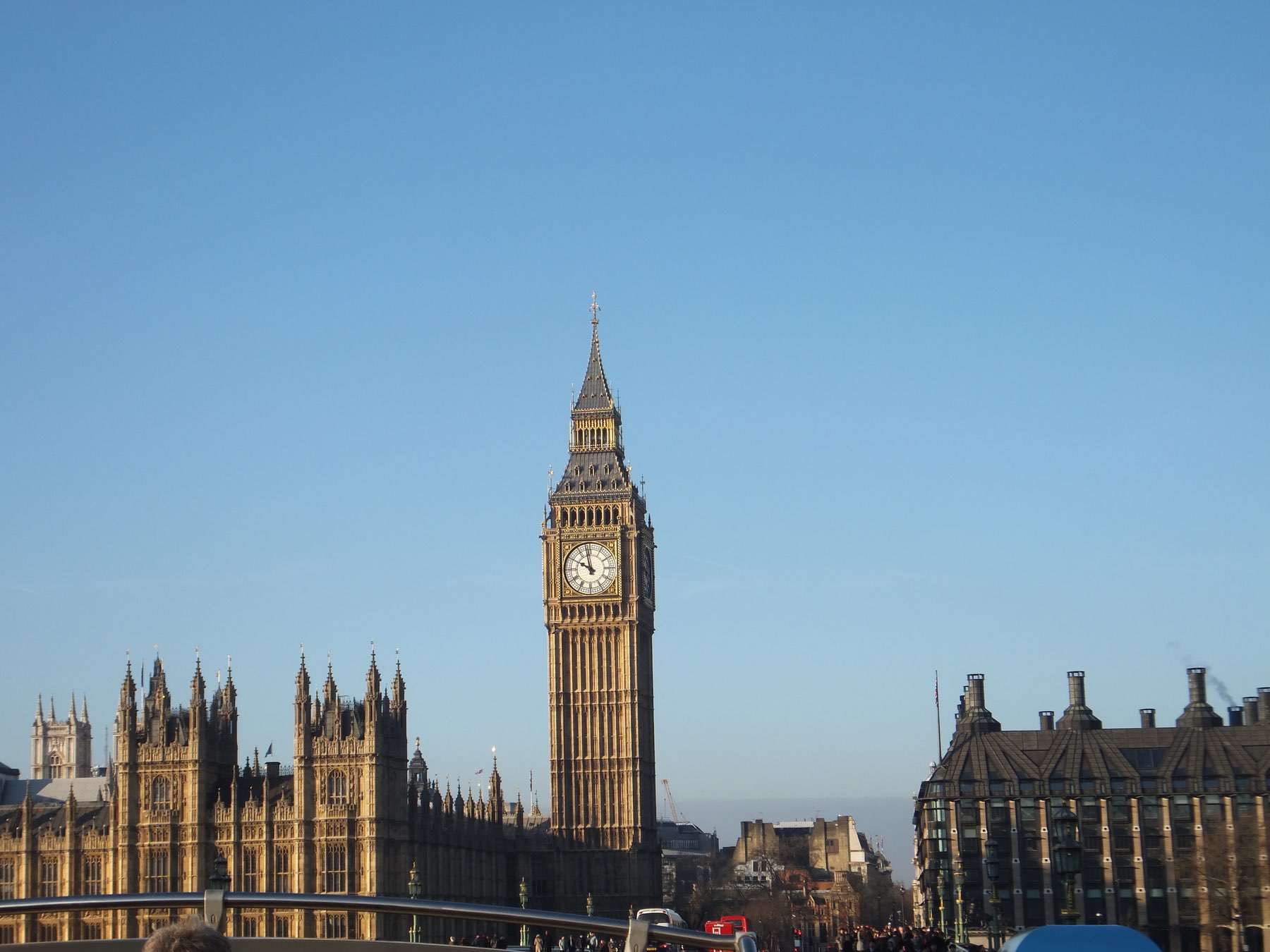 In Covent Gardens, our guide took us to St. Martin’s Place, where an entrance led into a narrow Victorian alley. This alleyway became the inspiration for Diagon Alley where Hogwarts students purchased all their wizardry supplies: robes, wands, animals, books and broomsticks.

We also found the entrance to the Leaky Cauldron—a small shabby looking Inn on Charing Cross Road that is sandwiched between a record store and large bookshop. It is through the Leaky Cauldron that the wizard community access Diagon Alley. 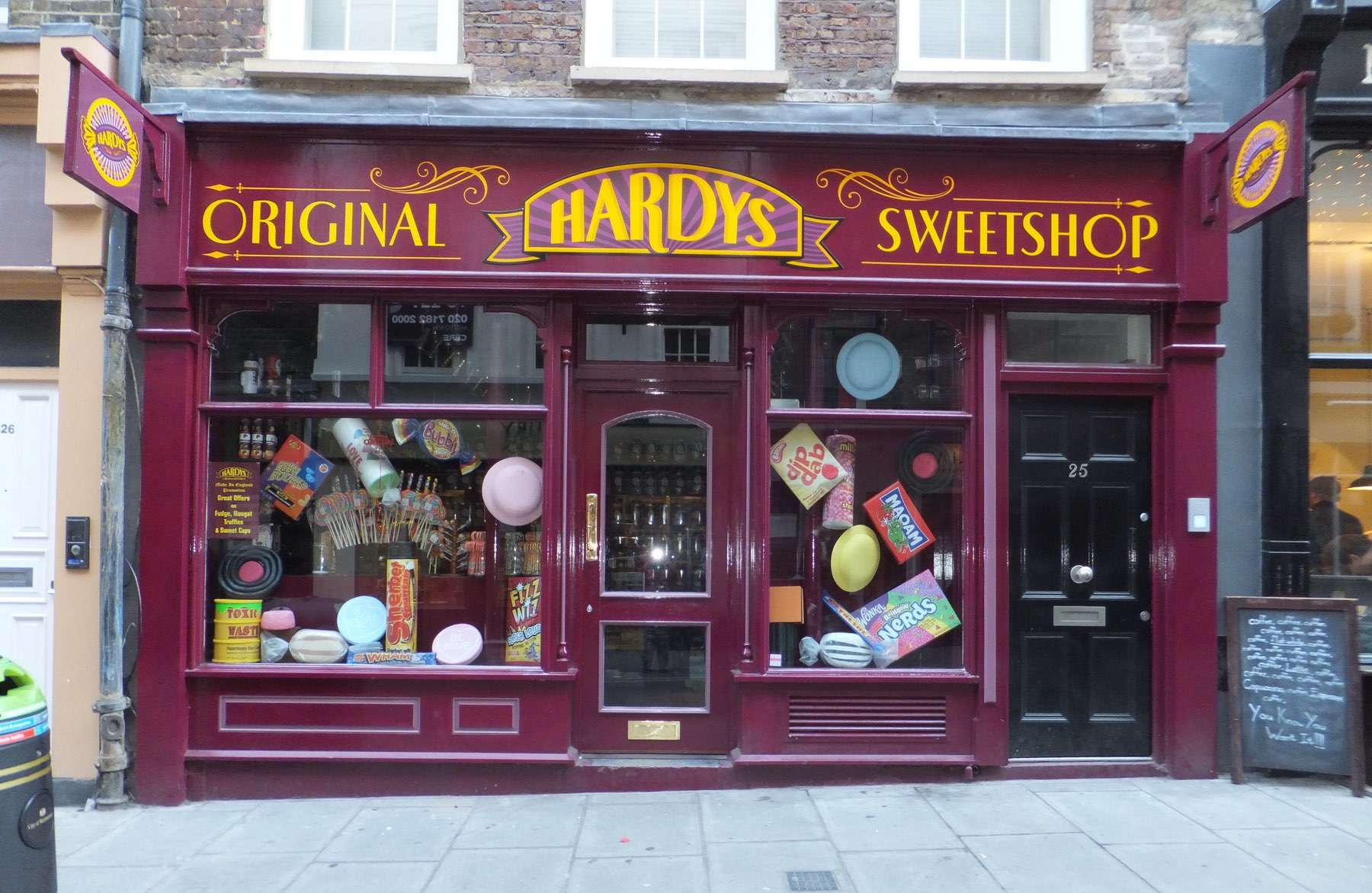 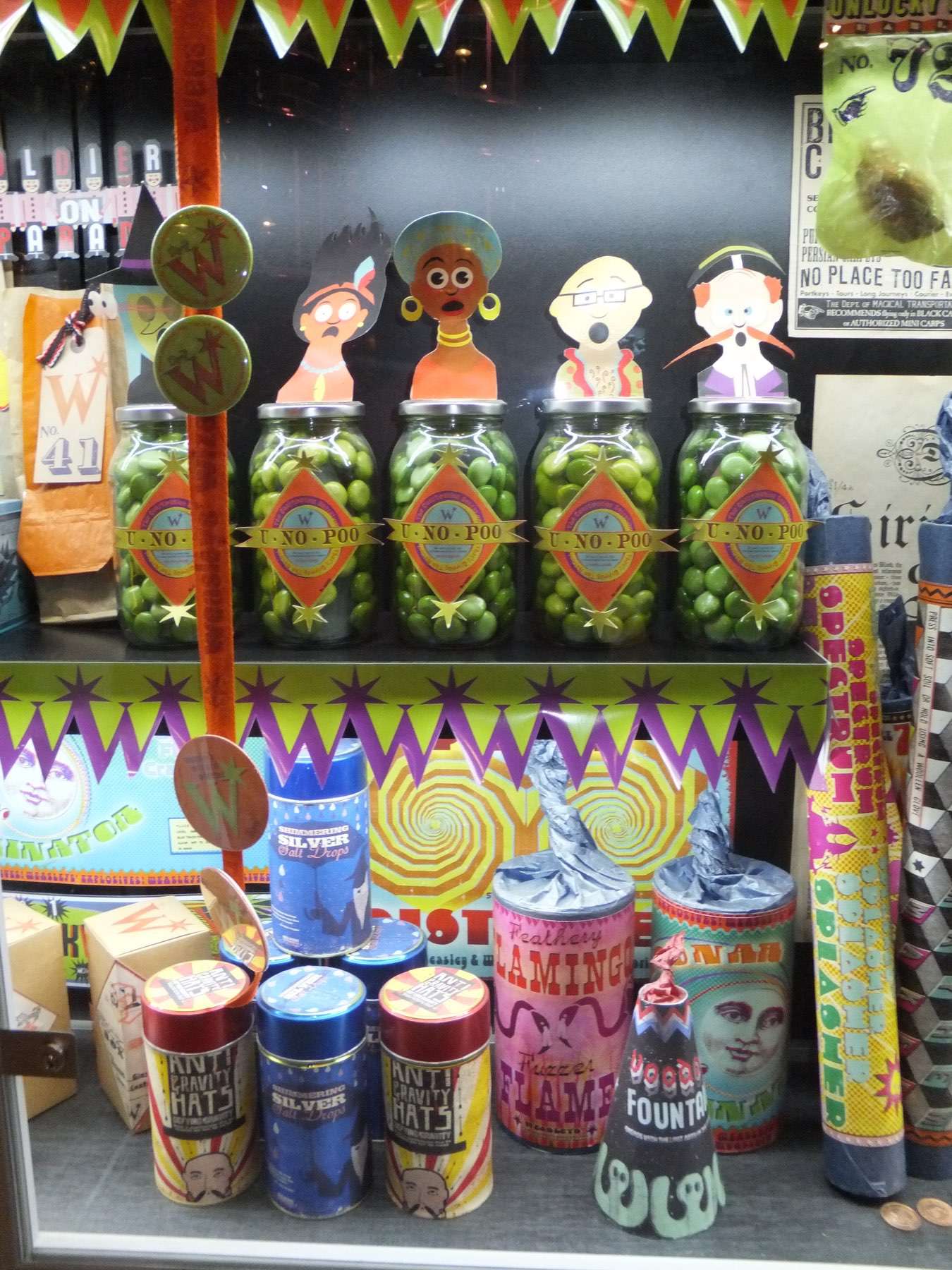 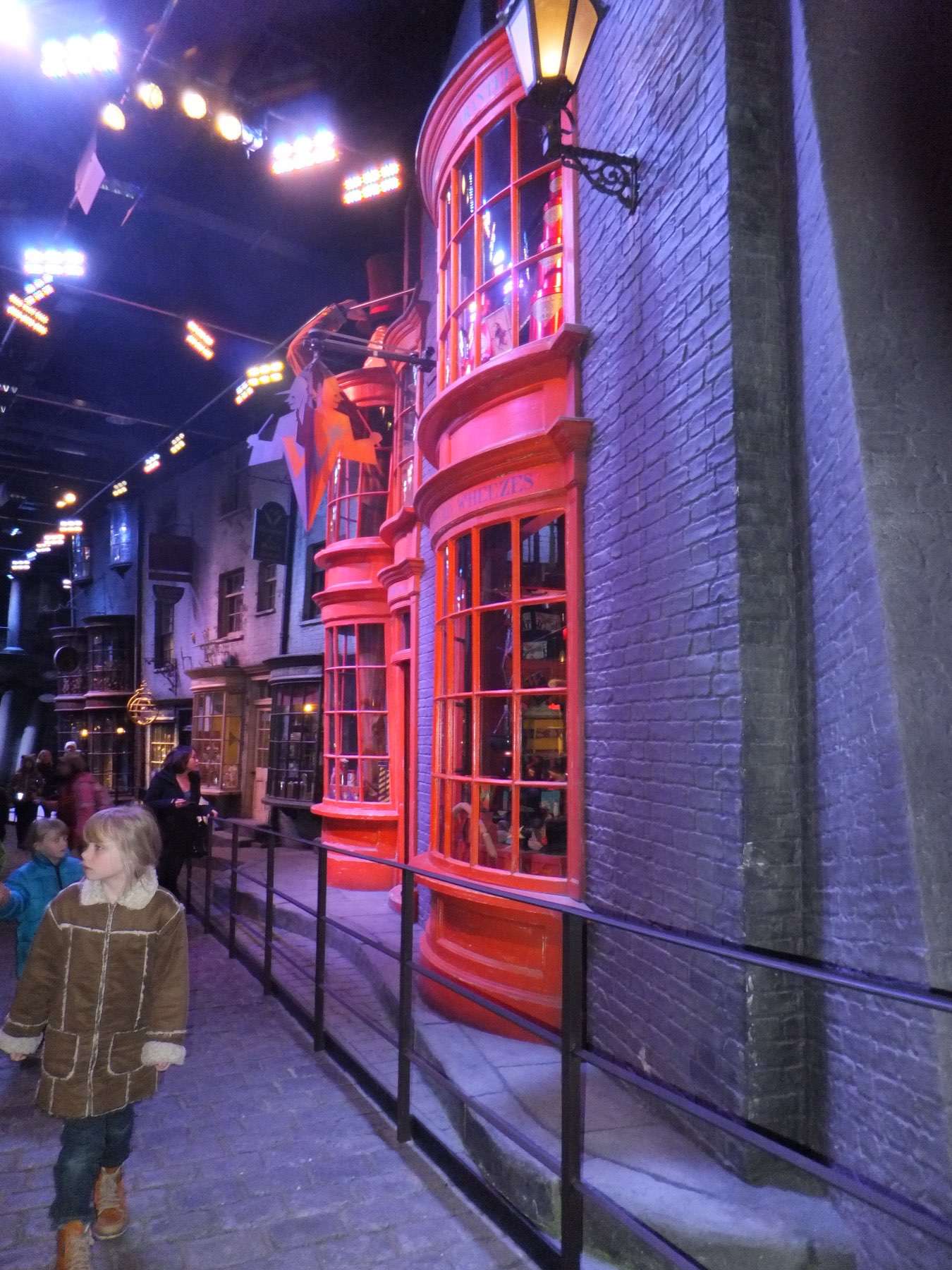 Our walking tour finished at the Empire Cinema in Leicester Square, which featured in The Deathly Hallows Part 1 and has also hosted all the Potter movie premieres.

The bus took us to other movie sites. Our Australian passports allowed us access to Australia House, home of the Australian High Commission. Interior shots for the scenes featuring Gringotts Bank run by goblins were filmed here. 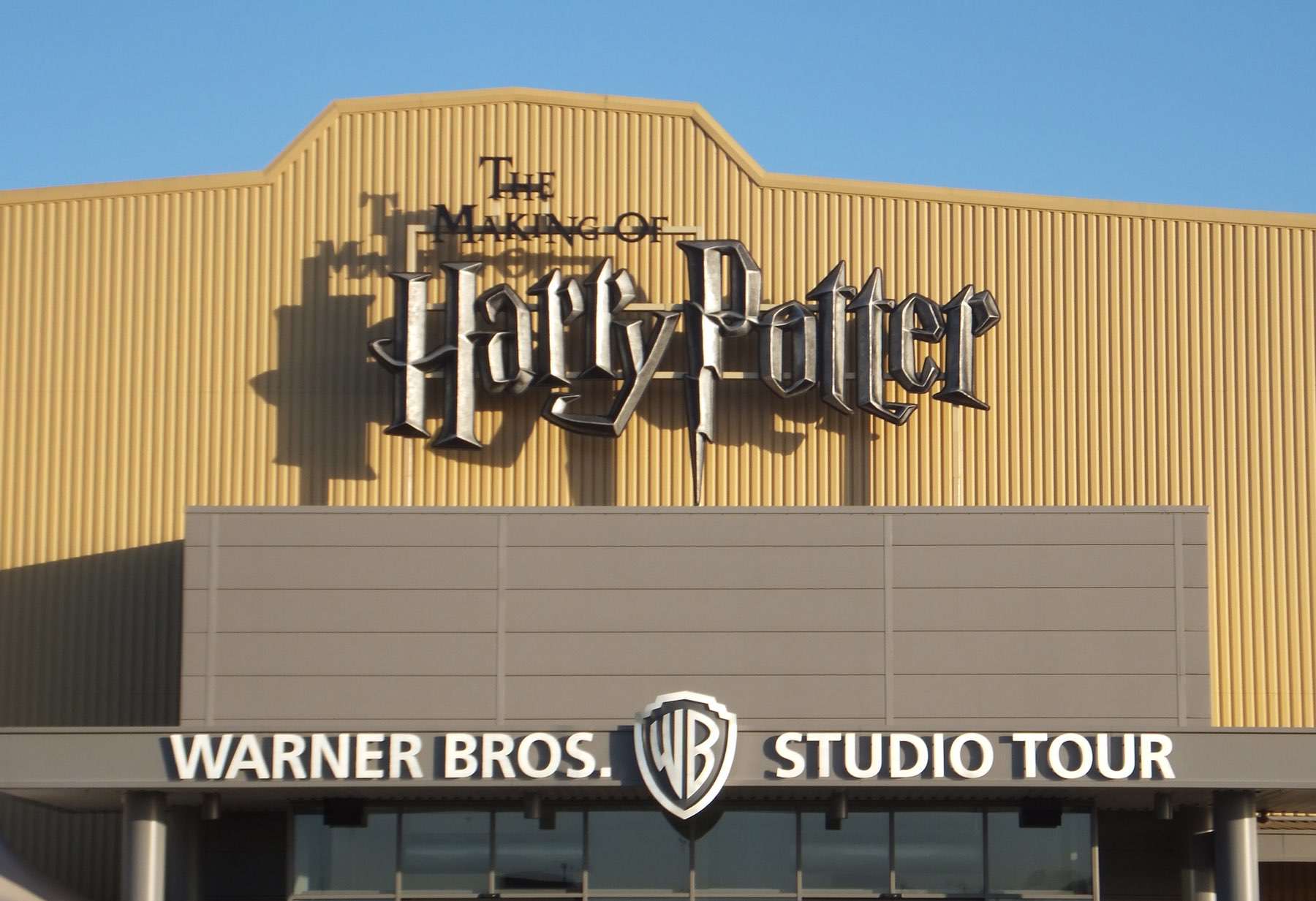 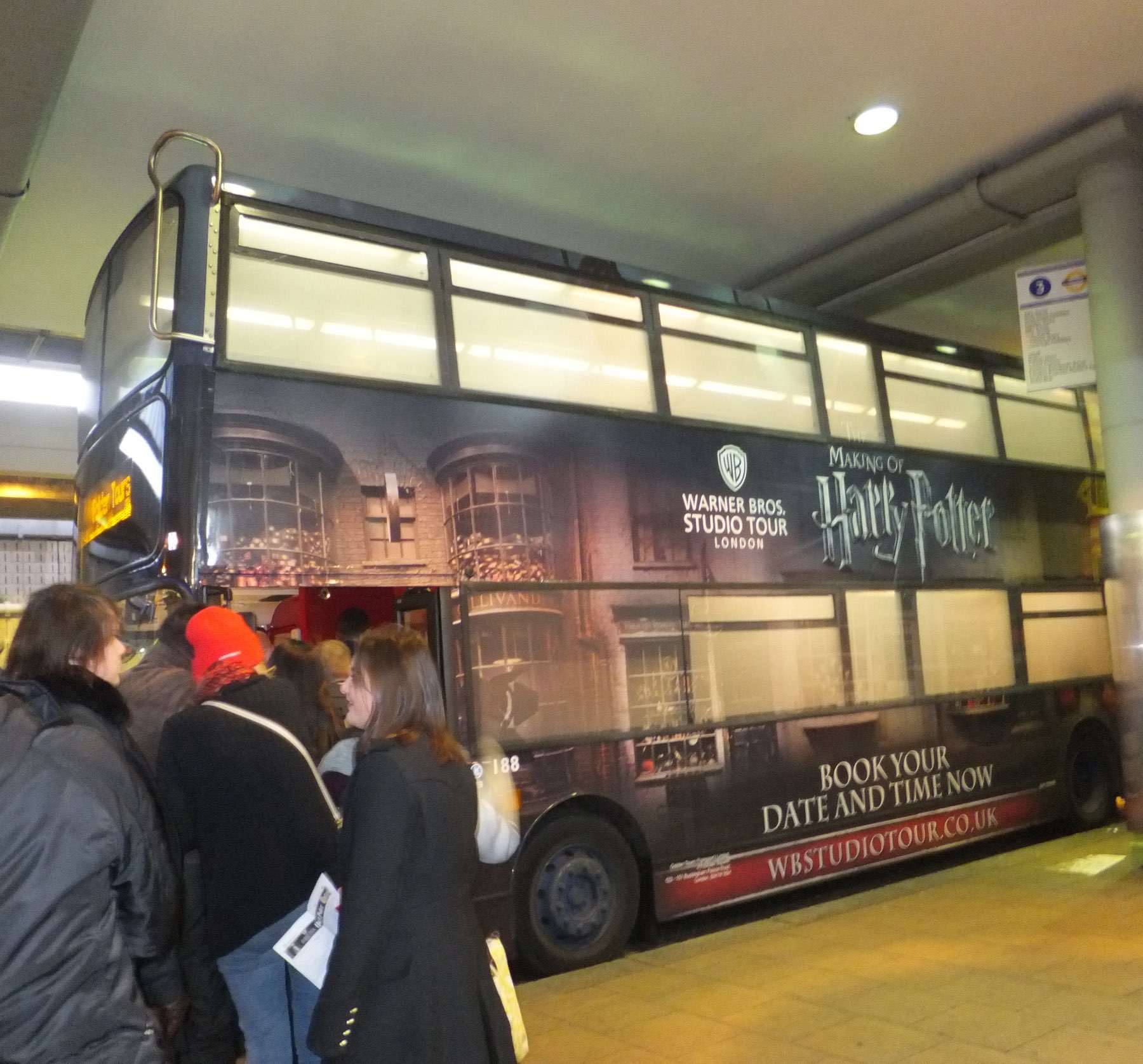 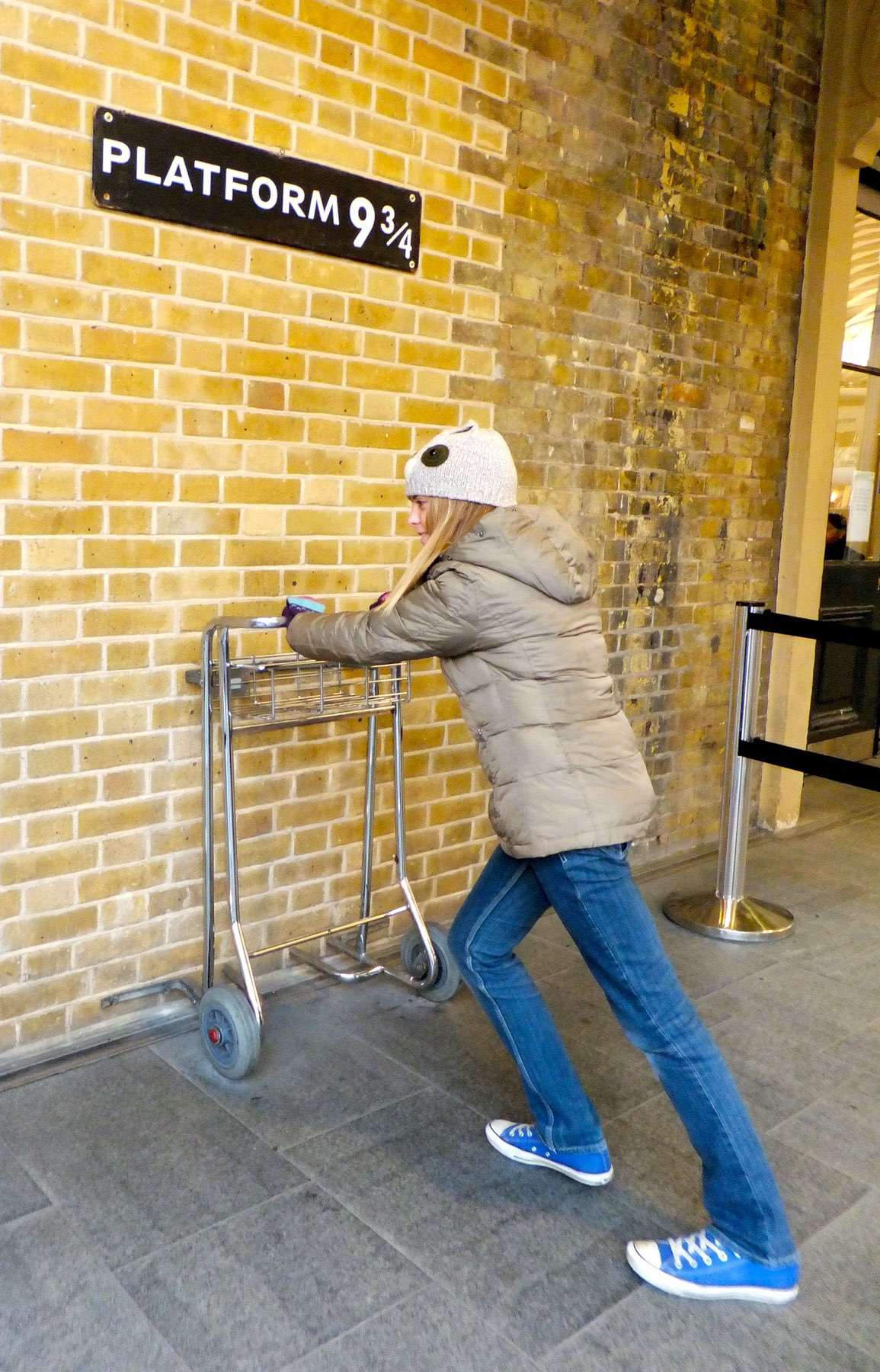 We caught the tube to Kings Cross Station, near platforms 9 and 10 is a sign ‘Platform 9 ¾’ and below the sign is half a luggage trolley going through the wall. Hogwarts School Of Witchcraft and Wizardry’s students board the Hogwarts Express from here. To enter this magical portal, students have to run full pelt at the wall with their trolleys. It offers a great photo opportunity.

We snaked through the heart of London on a Thames River cruise and passed beneath the Millennium Footbridge. This bridge split in half and crashed into the river in Harry Potter and the Half-Blood Prince.

The London Eye is one of the world’s tallest observation wheels, reaching a height of 135 metres and providing up to 40 kilometres of panoramic views from Primrose Hill to Greenwich. Like Harry and Ron in the flying Ford Anglia, new views of London unfurled as we circled higher and higher in our glass capsule. 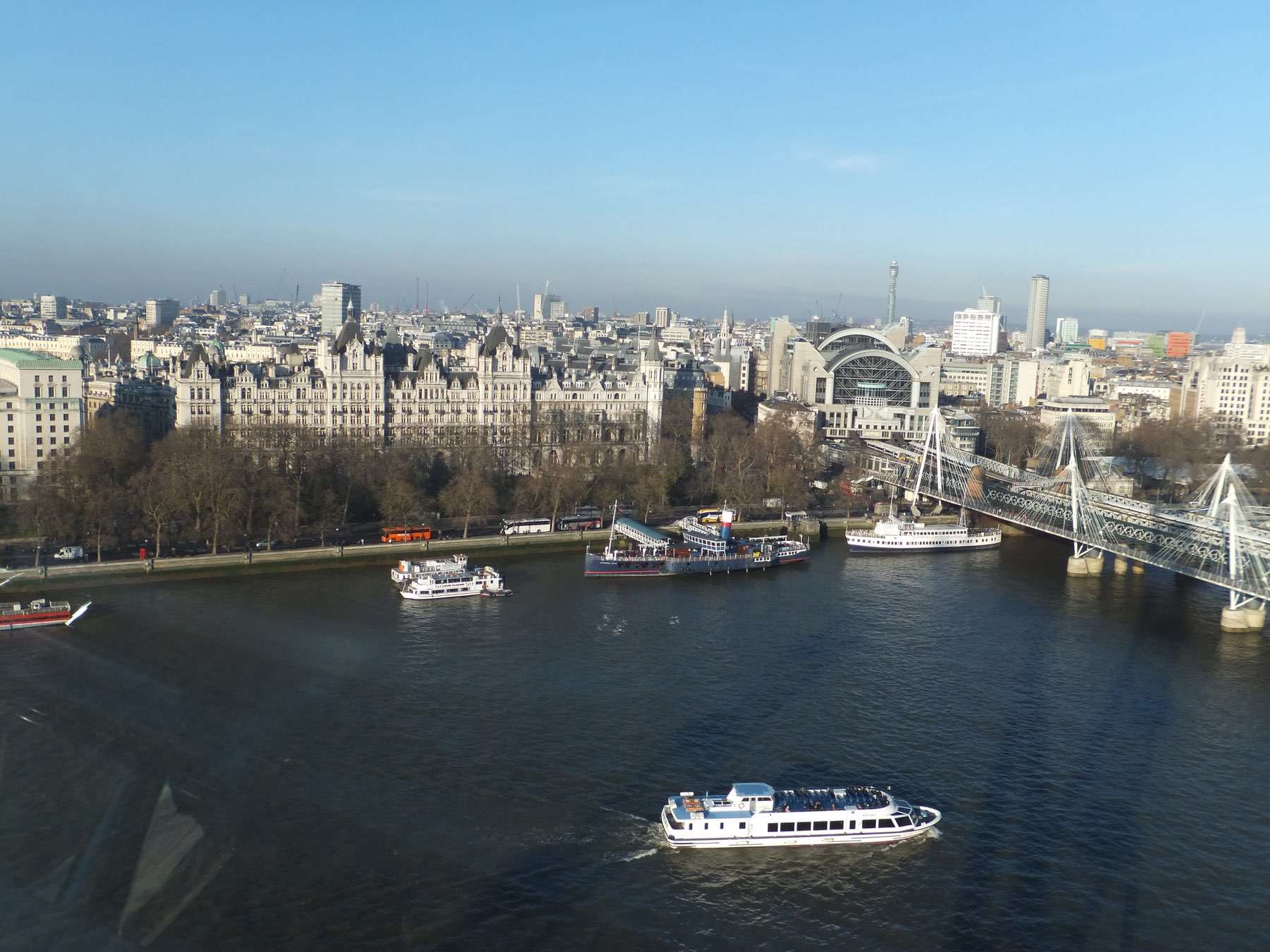 The highlight of our trip was a tour of Warner Bros. Studios. We were first through the doors and spent the next couple of hours behind the scenes: exploring the spectacular sets, actual props, costumes and effects from the Harry Potter film series.

Walking through the doors into the Great Hall made us feel like first-year Hogwarts students. We also saw Gryffindor’s common room, Dumbledore’s Office, Diagon Alley and the Weasley’s kitchen.

Outside we posed on Hagrid’s motorcycle, rode on the knight bus and visited the most famous address—4 Privet Drive with Harry’s bedroom under the stairs. Riding a Nimbus 2000 with the green-screen technology simulating a Quidditch match was amazing.

With seven books, ten movies, and theatre shows, Harry Potter has touched the hearts of millions. The real or “Muggle” life of London continues to sneak into the magical world that J K Rowling invented.

Check out the Wizarding World website for “Harry Potter at home”. A few weeks ago, J K Rowling and her Wizarding World partners launched this free website, to help children, parents, carers and teachers confined at home during the COVID-19 outbreak.