Home 2020 May 4 Midgegooroo, Captain Fremantle and CY – A little bit of history

Midgegooroo, Captain Fremantle and CY – A little bit of history

There’s so much history to keep up with these days. Indigenous, British, Australian, Fremantle, not to mention world. Here at the Shipping News we love it all.

Noongar Whadjuk history is yet to be fully brought to the attention of non Indigenous people in Western Australia, especially around Fremantle, or Walyalup as the Noongar call Freo.

Midgegooroo, father of the well known Yagan, deserves to be better known. The account of his life on Wikipedia is well researched and compelling, drawing from early journals and records of Colonists.

To put things mildly, Midgegooroo plainly and not surprisingly did not take well to having his traditional land, including around Point Walter and Walyalup, effectively taken from him from June 1829, when soon-to-be-Governor James Stirling and his band of settlers arrived in Fremantle to set up The Swan River Colony. He paid for his response with his life on 22 May 1833.

Fremantle of course was named by the settlers for Captain Charles Fremantle, who arrived at the mouth of the Derbarl Yerrigan a month or so before Stirling’s group arrived, and around 40,000 or 50,000 years after the Noongar people arrived here! Bit hard to understand why Fremantle got the naming rights really. Or why the colonists thought he was the man. He was here for but a few short weeks in April and May 1829, and never returned once he left.

Fremantle arrived in the HMS Challenger on 25 April 1829, and on 2 May 1829, 191 years ago the other day, raised the flag on the southern side of the river mouth and claimed the western part of the enormous continental mass of Australia for the British Crown. Quite audacious, not to say arrogant, when you think about it. Anyway, that’s what the Brits were good at in those days.

And today, 4 May 2020, is the 123rd anniversary of the unofficial opening of Freo’s Inner Harbour, designed and constructed by CY O’Connor. 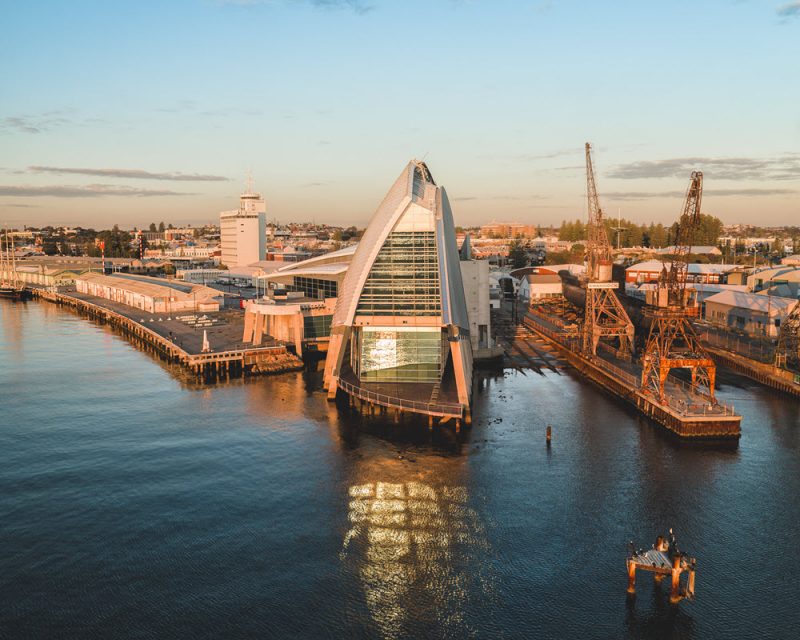 Everyone who mattered was there, including the Premier, Sir John Forrest, and Lady Forrest, Mr F H Piesse (Commissioner of Railways and Director of Public Works) and many members of both Houses of Parliament and public officials.

By the look of it, Whadjuk people missed out on an invite.