Hey All You Louisa May Alcotts Out There – $15,000 Up For Grabs, Just For Lifting A Finger!

January 31, 2020January 31, 2020 in Life, Law & Culture
Here’s an amazing chance for WA writers to win a publishing contract with Fremantle Press and a staggering $15,000 cash prize in the thirtieth anniversary of the Hungerford Award
Submissions for the 2020 City of Fremantle Hungerford Award will open on Monday 3 February 2020. Western Australia’s longest running and most prestigious award for an unpublished manuscript offers a cash prize of $15,000 from the City of Fremantle and a publishing contract with Fremantle Press.
Fremantle Press publisher and Hungerford judge Georgia Richter said that across its 30 years, the award has had a track record for launching writing careers. She said, ‘Won by acclaimed authors such as Brenda Walker, Gail Jones, Madelaine Dickie and Natasha Lester, the Hungerford has consistently identified talented writers and nurtured them in the early stages of development.’ Richter said the award’s most recent winner, Holden Sheppard, was no exception. ‘Since Invisible Boys won in 2018, it has gone on to take out the lucrative Kathleen Mitchell Award, been shortlisted for a Victorian Premier’s Literary Award and longlisted for an Indie Book Award.’
Fremantle Mayor Brad Pettitt said being able to announce the winner at Fremantle Arts Centre in the award’s thirtieth anniversary year would be extra-special. ‘But as history has shown, just making the shortlist can be significant for a writer. The City is proud of its support for the arts, and of the fact that multiple writing careers have begun by authors being shortlisted for this award. In 2018 alone, shortlisted writers Yuot A. Alaak, Zoe Deleuil and Julie Sprigg were all offered publishing contracts with Fremantle Press. We can’t wait to celebrate with them as they launch their books in 2020 and 2021.’
The City of Fremantle Hungerford Award is a biennial award that is an integral part of Fremantle Press’s mission to find and publish new and emerging Western Australian authors – a commitment to local writers that hasn’t wavered in the Press’s 43-year history. 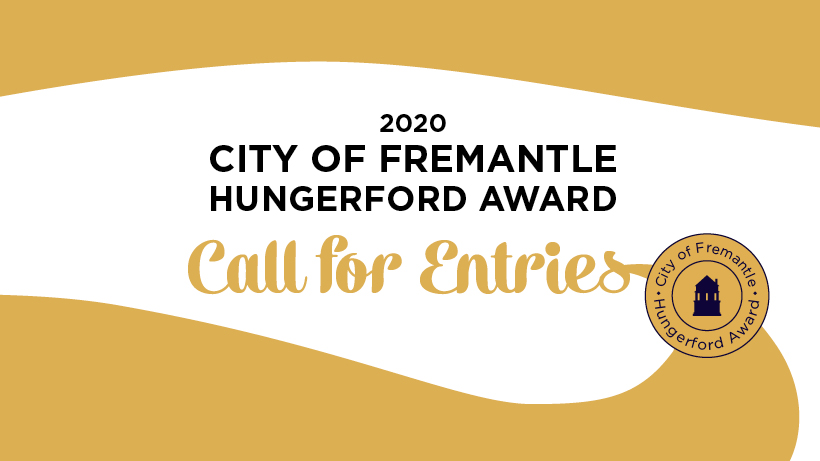 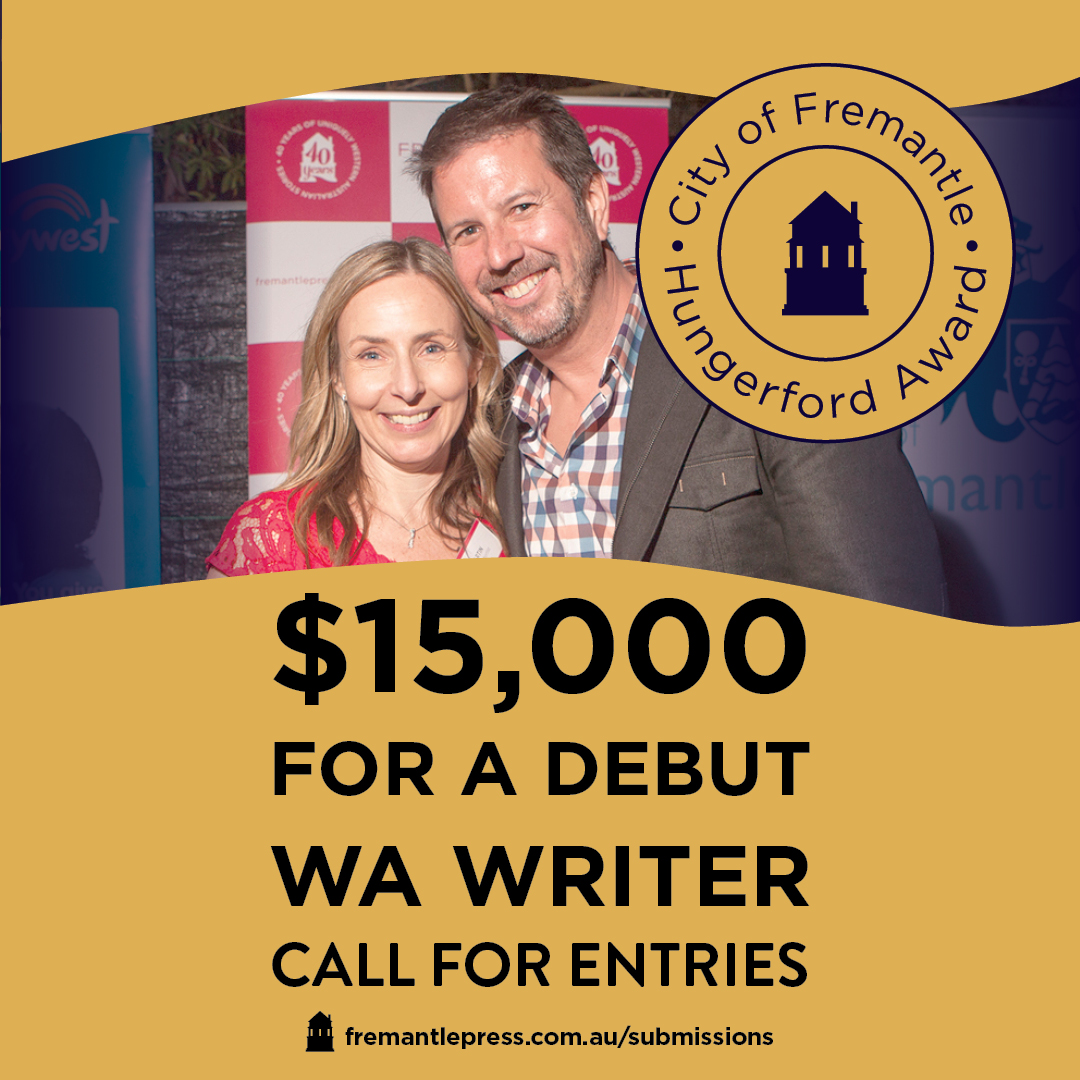 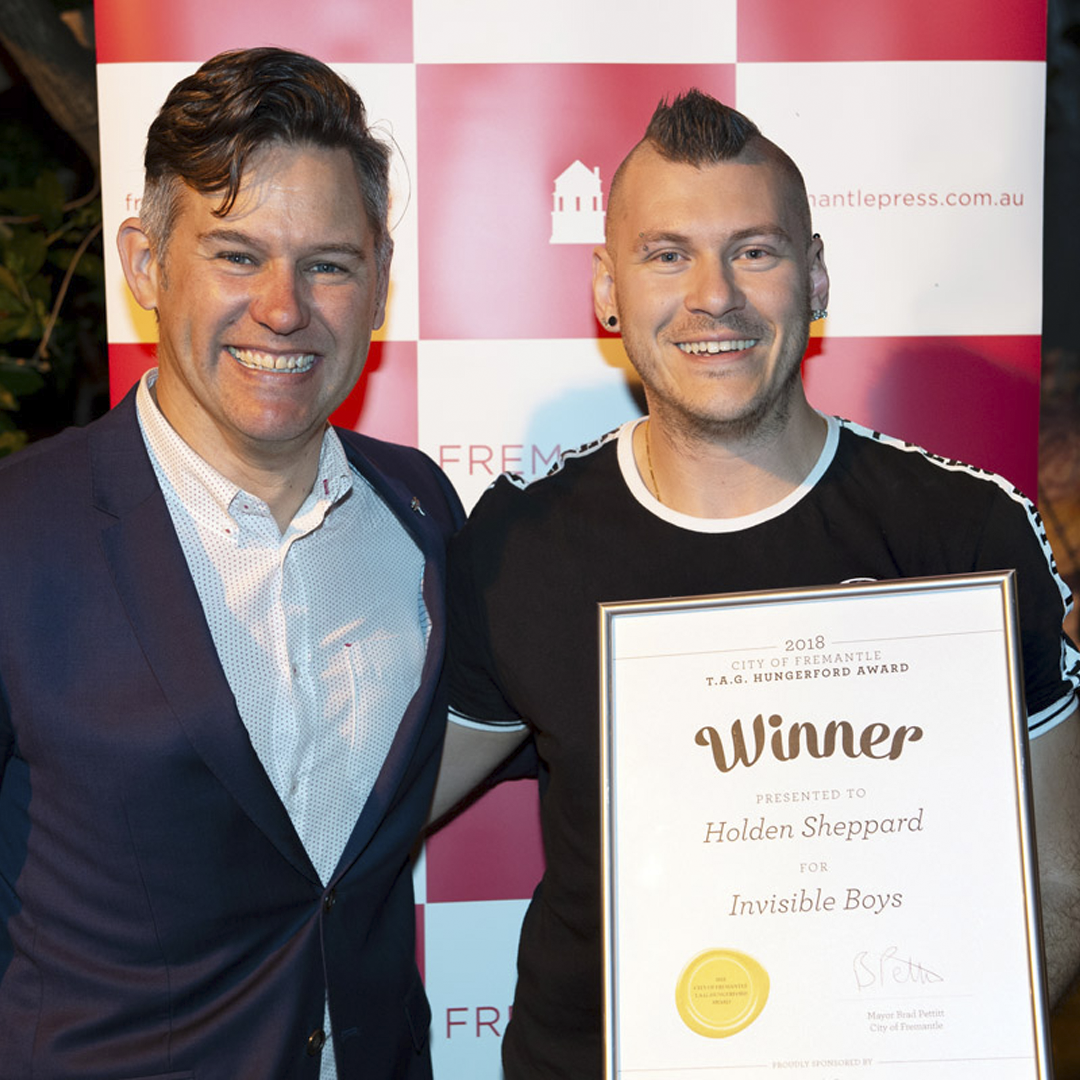 2019 winner Holden Sheppard
The only Western Australian award to be judged anonymously, the City of Fremantle Hungerford Award is given for a full-length manuscript of fiction or creative non-fiction by a Western Australian author previously unpublished in book form. Past recipients of the award are Brenda Walker, Gail Jones, Simone Lazaroo, Bruce Russell, Christopher Murray, Nathan Hobby, Donna Mazza, Alice Nelson, Natasha Lester, Jacqueline Wright, Robert Edeson, Madelaine Dickie, Jay Martin and Holden Sheppard.
The inaugural winner, Brenda Walker, is this year on the judging panel and will choose the longlist alongside Perth Festival’s Sisonke Msimang and teacher and writer Richard Rossiter. Entry forms and full terms and conditions are available from Fremantle Library, fremantle.wa.gov.au/library or the Fremantle Press submittable page, fremantlepress.submittable.com. Entries close at midnight WST on Friday 20 March 2020. The winner will be announced at a special ceremony at Fremantle Arts Centre in October.
For more information about how to prepare your manuscript, join Georgia Richter, Terri-ann White and Rachel Bin Salleh to get insider tips on editing manuscripts from WA’s three largest publishing houses. Essential for anyone wishing to submit to the City of Fremantle Hungerford Award, the panel is part of the Business of Being a Writer at Perth Festival’s Literature and Ideas Weekend. Tickets are $29.99 for four panels and can be purchased from the Perth Festival website: https://www.perthfestival.com.au/event/the-business-of-being-a-writer-2020/
Share this
Related Articles