As healthy as we Freo People are, perhaps it’s time quickly to check on our eating habits. Read on.

Australia has one of the highest rates of bowel cancer in the world. In 2017, bowel cancer was the second most common cancer in Australia and rates are increasing in people under 50.

Up to 35% of cancers worldwide might be caused by lifestyle factors such as diet and smoking. So how can we go about reducing our risk of bowel cancer?

It’s not certain why, but fibre has protective effects against bowel cancer.

Read more:
What’s behind the increase in bowel cancer among younger Australians?

Based on current evidence, a high fibre diet is important to reduce bowel cancer risk. Fibre can be divided into 2 types: insoluble fibre, which creates a bulky stool that can be easily passed along the bowel; and soluble fibre, which draws in water to keep the stool soft.

Fibre from cereal and wholegrains is an ideal fibre source. Australian guidelines suggest aiming for 30g of fibre per day for adults, but fewer than 20% of Australian adults meet that target.

Wheat bran is one of the richest sources of fibre, and in an Australian trial in people at high risk of bowel cancer, 25g of wheat bran reduced precancerous growths. Wheat bran can be added to cooking, smoothies and your usual cereal.

It’s not clear how fibre may reduce bowel cancer risk but possible mechanisms include reducing the time it takes food to pass through the gut (and therefore exposure to potential carcinogens), or through a beneficial effect on gut bacteria.

Once bowel cancer is diagnosed, a high fibre diet has also been associated with improved survival. 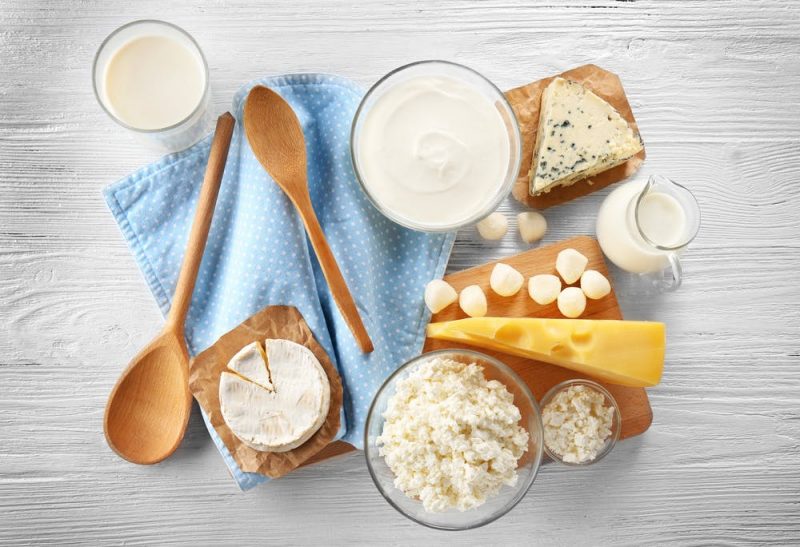 Milk and dairy products are also thought to reduce bowel cancer risk. The evidence for milk is graded as “probably protective” in current Australian bowel cancer guidelines, with the benefit increasing with higher amounts.

Oily fish may also have some protective elements. In people with hereditary conditions that make them prone to developing lots of precancerous growths (polyps) in the bowel, a trial where one group received a daily supplement of an omega 3 polyunsaturated fatty acid (found in fish oil) and one group received a placebo, found that this supplement was associated with reduced polyp growth. Whether this is also true for people at average risk of bowel cancer, which is most of the population, is unknown.

And while only an observational study (meaning it only shows a correlation, and not that one caused the other), a study of bowel cancer patients showed improved survival was associated with daily consumption of coffee.

It’s best to avoid large quantities of meat. International cancer authorities affirm there is convincing evidence for a relationship between high meat intake and bowel cancer. This includes red meat, derived from mammalian muscle such as beef, veal, lamb, pork and goat, and processed meat such as ham, bacon and sausages.

Processed meats have undergone a preservation technique such as smoking, salting or the addition of chemical preservatives which are associated with the production of compounds that may be carcinogenic.

Evidence also suggests a “dose-response” relationship, with cancer risk rising with increasing meat intake, particularly processed meats. Current Australian guidelines suggest minimising intake of processed meats as much as possible, and eating only moderate amounts of red meat (up to 100g per day).

What else can I do to reduce the risk of bowel cancer?

The key to reducing cancer risk is leading an overall healthy lifestyle. Adequate physical activity and avoiding excess fat around the tummy area is important. Other unhealthy lifestyle behaviours such as eating lots of processed foods have been associated with increased cancer risk.

And for Australians over 50, participating in the National Bowel Cancer Screening program is one of the most effective, and evidence-based ways, to reduce your risk.