Intermittent fasting is now becoming popular, with many promised health benefits. But Muslims have been practising fasting in the lunar month of Ramadan for centuries. 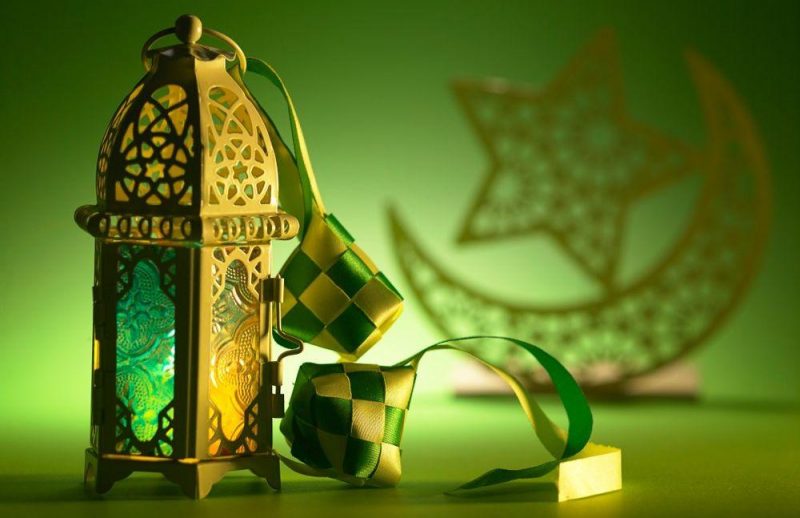 The Ramadan for 2022 started on Saturday April 2 and goes for about 30 days. It is then followed by the three-day celebration of Eid.

Significance of Ramadan in Islamic history

Prior to becoming a messenger of God, Muhammad used to withdraw to the Hira mountain top cave. He would meditate in solitude, away from the polytheistic culture of tribal Mecca for the whole month of Ramadan. We are not sure if this retreat involved fasting at the time.

In 610, when he was 40, he again went to the same mountain top to meditate. Several weeks into the retreat, he experienced an angelic form appearing before him, commanding him to read. He replied he did not know how to read. The angelic form squeezed him tight and repeated the command to read. This continued three times, after which the first five verses of the holy Qur’an was revealed:

Muhammad still was not able to read in a conventional way, but he understood that he was being asked to read the book of the universe and learn from it, and also understand that it points to its creator.

This incident marked the beginning of Islam, revelation of the Qur’an and the prophetic mission of Prophet Muhammad.

In 624, when Muslims migrated to Medina to escape persecution, the month of Ramadan was declared holy by virtue of the start of the mission of the Prophet and revelation of the Qur’an. Fasting was instituted in this month as one of the five pillars of Islam as a way for believers to show their thanks to God and reflect on the teachings of the Qur’an and its importance for believers.

The Ramadan fasting involves stopping eating, drinking and sexual intercourse from dawn to sunset. Practitioners can engage in all these acts once fasting is broken and restart fasting the next dawn. The cycle continues for a whole month.

Ramadan fasting is one of the most observed of all the pillars of Islam, with 70-80% of Muslims practising it. It is obligatory for all Muslims, men and women, from the age of puberty. Parents encourage their children to fast for half a day from the age of ten to condition them to fasting.

There are exemptions. Travellers, elderly, sick, pregnant and breastfeeding mothers are exempt from fasting on the condition they make up missing days at a suitable time after Ramadan. The elderly and chronically ill compensate for days not fasted by making a small donation to charity for each day, if they can afford it.

Since fasting is from dawn to sunset, the duration of fasting time changes depending on the season and where a Muslim is located in the world. Near polar regions, fasting can be almost 22 hours in summer or just a few hours in winter.

What may seem to some to be a self-inflicted ordeal has profound meaning for human beings and God, and their reciprocal relationship. God exhibits the perfection of lordship, grace and mercy by making the surface of this Earth a table of blessing, and placing all kinds of sustenance on that table for every creature to enjoy.

In Ramadan, believers show a collective act of worship in the presence of the mighty and universal Mercy as they wait for the divine invitation to the table of blessings at the time of breaking the fast. As the Earth revolves around its axis, the jubilant timeframe is repeated in a continuous manner for the whole month.

Many people forget the fact God is the source of all sustenance. While they readily thank agents of delivery, they forget to remember and thank God as the one who ultimately meets all their needs. God expects the price of thanksgiving for the sustenance he has provided.

True thanksgiving is to know that all sustenance comes directly from God, to acknowledge its value and to feel our own need and dependence on that sustenance.

A fasting person physically feels the value of, and their need for, basic sustenance when they experience the pangs of hunger and thirst. Since a believer fasts for the sake of God, they acknowledge the sustenance, which may be taken for granted, actually comes from God. Therefore, fasting in the Islamic tradition is the best way to show a true and sincere thanksgiving.

Fasting tames the desires. The constant exercise of willpower not to eat, drink or have sexual relations sends a strong message it is the human will, hence the spirit, that is in control.

Fasting is not just about staying hungry or thirsty, it is also to struggle to contain other harmful behaviours. Prophet Muhammad remarked:

Whoever doesn’t give up lying and acting on lies during fasting, then God has no need for him to give up food and drink.

Therefore, the fundamental spiritual benefit of fasting is to exercise the will-power and attain self-control, essential for success in every part of life.

Eid celebrations at the end of Ramadan

Fasting has other personal and social benefits. Through fasting, the rich know what it means to be hungry. Hence, the rich will be more inclined to give charity when they fast. The annual Islamic alms (zakat) are usually paid in Ramadan.

Muslims often invite friends and family members to join in the celebration of the break-fast dinners (iftar). The rich organise dinners for the poor.

In the past few decades, Muslim minorities in western countries have started to invite their non-Muslim friends to iftar dinners. Muslim organisations have annual iftar dinners for their associates and supporters.

In Australia, the NSW premier, for example, has been holding iftar dinners for members of the Muslim community and other faith leaders since 2004. Presidents of the US have also held iftar dinners in the White House.

Ramadan has become a cultural event for everyone.

Ramadan culminates in a three-day celebration (Eid al-Fitr), where Muslims offer a special morning prayer, then visit family and friends. Charity, called fitr, is given to the poor to ensure no one is left out of the celebrations and the joy of success that comes with fasting.