From the Terrace – Simply Food

FSN introduces From The Terrace – intended to be a regular column taking a light look at Fremantle life through the eyes of a semi-fictional quintet who meet weekly at a café and pontificate about an array of subjects.

Bruce Menzies is a caffeine and café addict who applies his wry eye to the scenes around him.

‘Who does the best lunch – the Dav or the Seaview?’ Desert Dan leaned back in his chair and idly stroked his beard.

‘Where?’ The Culinary Kid looked perplexed. But he was from Subiaco and probably immune to the penchant for name changes along South Terrace. The Coach set him straight.

‘I think he’s referring to the South Beach Hotel or the Local.’

Dan’s blue eyes twinkled in affirmation. ‘Yep. The Missus and I honeymooned at Steve’s fifty years ago. I thought I’d bring her down here to celebrate our anniversary.’

‘That will impress her,’ said Hydraulic Harry, with only a slight undertone of incredulity. ‘Can’t you afford that cute little French restaurant in High Street?’

‘If it’s the one I’m thinking of’ said the Kid, ‘it closed five years ago.’

We were all silent, reflecting upon the stealth of change and how it crept up on each and every one of us.

Lovely Lila hovered above, ready to distribute the morning caffeine.

We were camped at La Vespa, our go-to café when the urge to experiment with other establishments waned.

‘I’ve had occasion to try both,’ offered the Coach, bringing the conversation back into focus. ‘And I couldn’t choose between them.’

My pub-dwelling days were long over so any opinion on 21st-century fodder would be pure fabrication. But the Bounteous Belle and I frequently walk the Terrace and had observed that each of the hotels in question seem to attract a different clientele. But, in spontaneous devotion to what has been impolitely termed my provocative streak, I was impelled to put my friend’s resolute sense of fairness to the test.

‘So you reckon the food’s okay at both places. What about the ambience?’

You will note the delicacy in framing the question. It would be unseemly to invoke a sociological slur by enquiring whether the mob that frequented one pub was less couth than the denizens of the other. Within our quintet of ‘white ancient males of surprising sensitivity’ – lispishly referred to as the WAMOSS Five – we were woke to the nuances of political correctness and misclassification. So we tended to tread with care, even in our own company.

The Coach paused. We looked at him intently. ‘Well,’ he said…..

‘C’mon,’ urged the Kid. ‘Get off the fence. How did it feel – what was your experience?’

Perhaps you will be already wondering about the sobriquets we use for one another. What kind of coach is The Coach? Well, our modest member is not a high-salaried individual attempting to cajole a maiden premiership out of our darling Dockers. True, he supports that mob with a passion but his real calling lies elsewhere. Since his retirement he has provided hands-on assistance to eager migrants desperate to learn the mysterious art of body surfing. Having seen his unremitting enthusiasm since high school, we reckon our man is a natural. Good communicator, strong swimmer, and an artistic flair which flowers in the gentle surf off Leighton Beach. Go Coach, we say, as he regales us with tales of his protégés and their progress.

But – and don’t you find there is often a ‘but’ when you are describing another’s virtues? A perverse need to balance the budget. A touch of the dark after the light? Well, it’s hardly a stroll on the dark side but our Coach does have a tendency to sit on the fence. Hence, the Kid’s entreaty.

‘Actually, it felt pretty good in both places. Noisy, but that’s what you expect in a pub. Not cordon bleu cooking but still great tucker and bloody good value to boot.’

Only Hydraulic Harry looked sceptical. We all knew where his mind had gone. Nigella – she of copious cleavage and creamy culinary enticement. No pub chef could compete.

The Kid stirred a spoonful of sugar into his coffee, ignoring our disapproving glances. ‘If we’re going to talk about food, I have to tell you what we ate down at Margaret River.’

‘Like hell,’ interjected Dan, a zealous advocate of local action and community support. ‘If we’re going to talk about food, let’s keep the conversation to Freo.’

I could see the Kid wasn’t altogether happy about being cut off in his prime. However, our exchanges were a bit like that. If someone wanted to create a diversion, we were swiftly directed down a new channel. We did it to one another on a regular basis and I guess it must’ve evened out over time as nobody took offence. Maybe that’s a facet of true friendship – the capacity to interrupt, tune out if need be, and take the piss out of each other – sensitively, of course.

Freo food. Where to start? It’s a challenge. South Terrace alone – that meandering route that wanders from the inner city to the bike shop on the corner of Douro Road – spoils us for choice. At last count there are three Indian restaurants, one Thai, a fish and chip shop, a couple of burger joints, a pizza specialist, an organic-vegetarian staple, umpteen coffeehouses that offered breakfast, brunch and beyond, plus a troika of fancy bars that accommodate the young and the restless. And I’m probably forgetting the flower shops and hairdressing saloons that will probably start augmenting their obligatory beverages with assorted hors d’oeuvres of indeterminate origin. 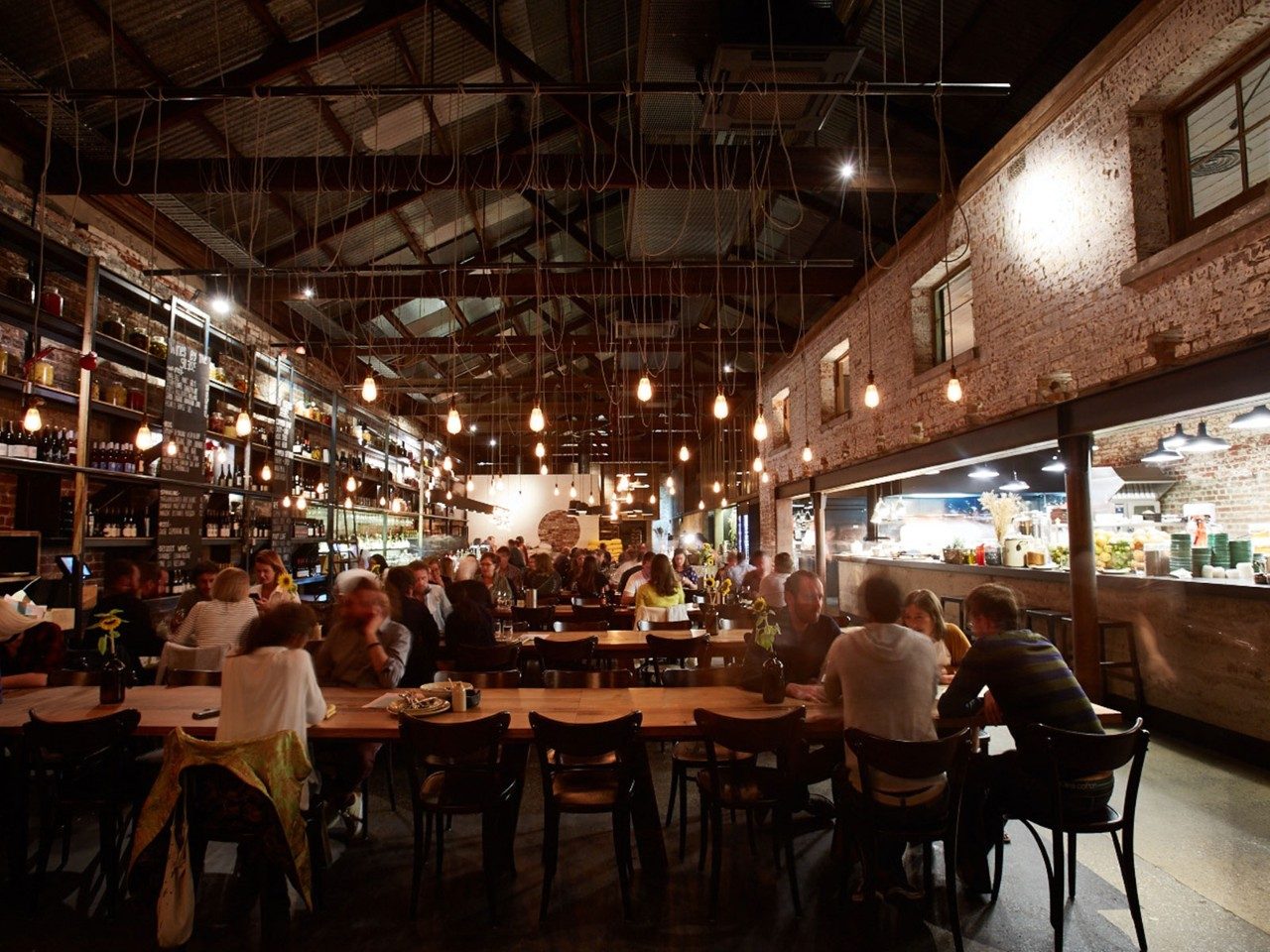 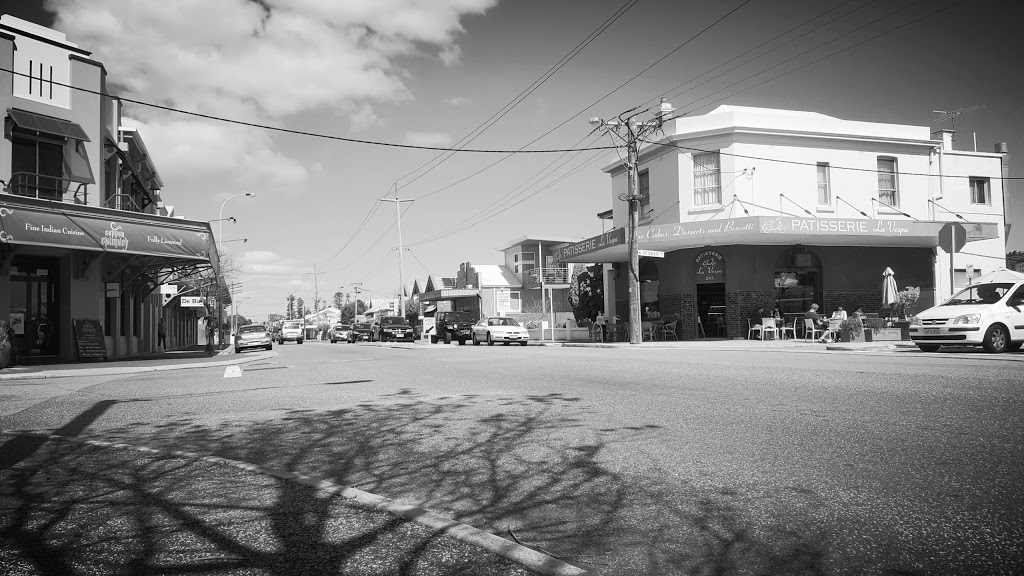 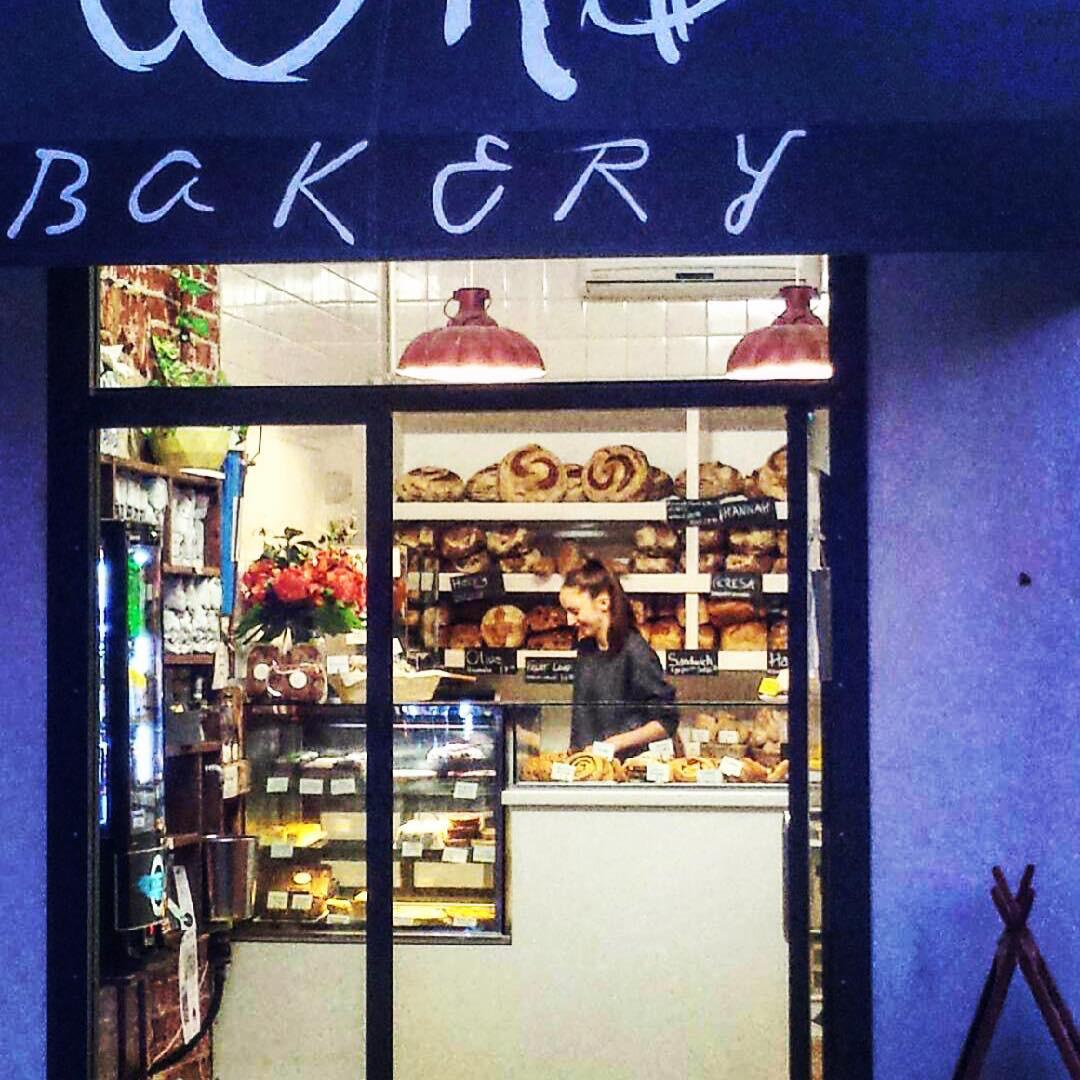 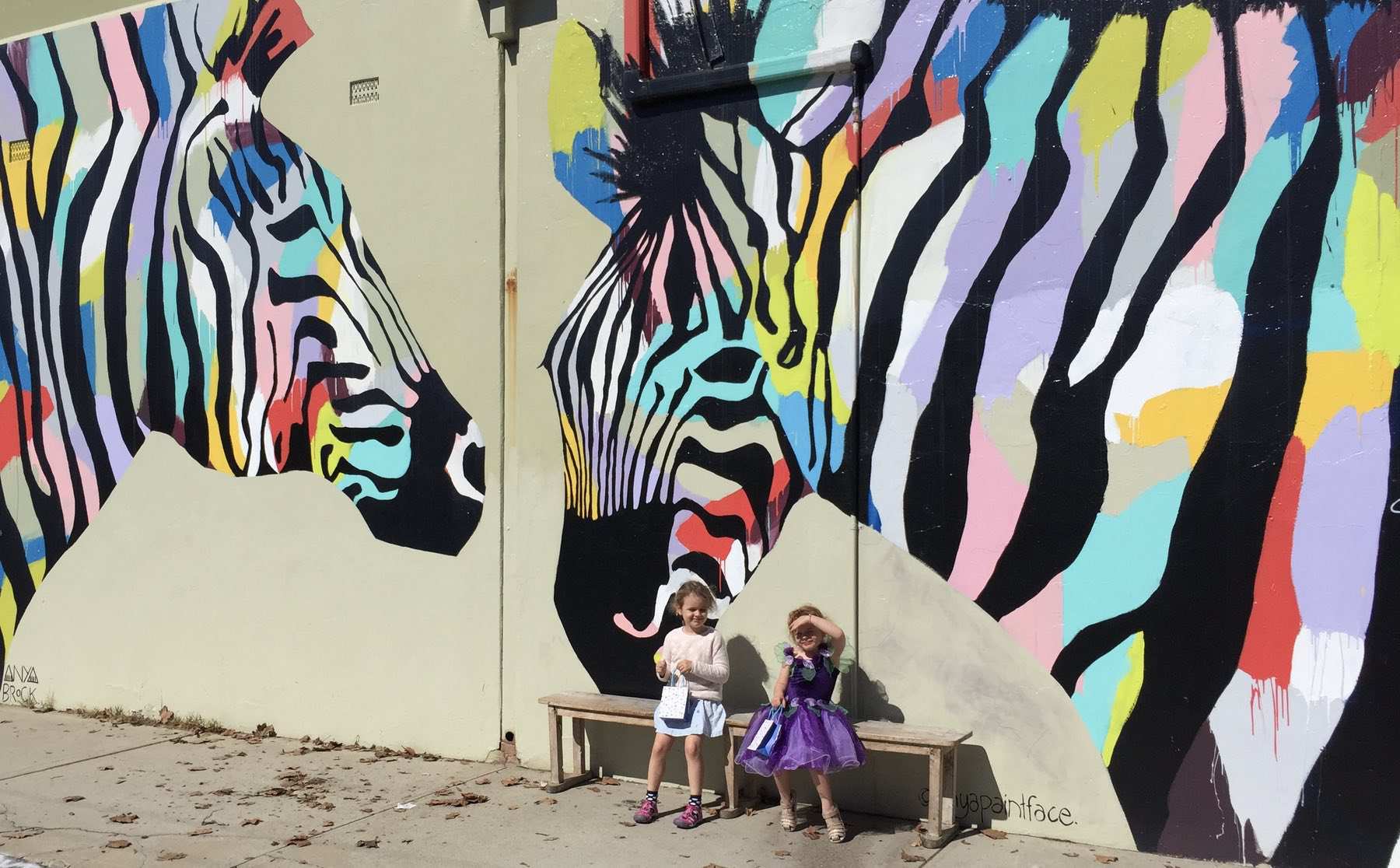 Yes, that’s South Terrace, our home patch. But to be fair, we need to cast our net and attune our gastric juices into both the heart of the town and out to the extremities – to Hilton, Hami Hill, and Beaconsfield, as well as upmarket George Street in the eastern wing, and to Dan’s habitat north of the Swan where he is a habitué of Bruce Town and the Orange Box, to which we are occasionally shanghaied.

I wasn’t sure whether this morning’s conversation could do justice to this constantly evolving culinary scene.

‘Did you see the review in the Herald?’

My reverie came to an end. The lads were talking about a new place – the name escapes me.

‘She swears it’s the best food she’s eaten in years. Load of bollocks. Unless I’ve got my restaurants mixed. We ate there last week and I nearly spat the dummy.’

‘Spot on, Harry,’ echoed the Kid. ‘And what about the service? This country hasn’t a clue about hospitality.’

‘You blokes have spent too much time on cruise ships and in swanky foreign restaurants.’ Predictably, Dan swung to the defence of our native land. ‘We have good grub on our doorstep – you don’t have to go overseas and pollute the planet to get a decent feed.’

The Coach and I looked at one another and smiled. This had the trappings of an old argument. The World-at-Large versus Terra Australis. The internationalists versus the local patriot. Shades of Clive James and Les Murray. Surely there was room for both?

Well, like everyone we knew, we were foodies with opinions. Somehow it came with the privileged territory of modern life. Despite the graphs and sombre statistics of economic pundits that Australia was living on borrowed money and on borrowed time, this hadn’t permeated to the general populace. Cafés and restaurants, at least in our neck of the woods, were always full. Not everyone, it seems, was sitting down to a mini rijstafel and pisang goreng in Bali, or a 12-course meal on the Queen Mary. Discretionary income, such as it was, flowed through the eating and drinking establishments of Fremantle. Somewhere, Epicurus must be belching in satisfaction.

‘Gotta go,’ said the Coach, stuffing down the last remnants of his lemon tart. ‘Clients await me.’
We may have wondered how surf-loving migrants awaiting their lesson had become ‘clients’. But nobody spoke. By now we were well accustomed to the Coach’s strict schedules.

‘All this talk of food is making me hungry,’ said the Kid, staring at his Apple watch. ‘Luckily we are going out to lunch at……..’

‘Don’t dare say it’. I put a cautionary finger to my lips, not wanting the mention of some Western Suburbs eatery to initiate any last-minute conflagration. It had been a good morning. For the most part we had stayed local, even though our thoughts may have drifted further afield. No politics, no Trump-bashing, no deep analysis of the opinion columns of the Australian, no grandiose discourse on solving the problems of our poor planet. All of that could wait another day.

I bade farewell to my companions and turned to the sports pages of the West. Half the Dockers were in rehab after operations. The able-bodied were sprinting kilometres in summer heat. I guess they now caffeinate in the vast expanses of Cockburn Central, eschewing old haunts in Freo. That’s change for you.

Nostalgia dies hard. But not necessarily around food. Disloyal it may be, but I wouldn’t exchange an almond croissant from the Wild Bakery for my grandmother’s lamington. Neither would I swap a lunch at Bread in Common for the meat and three veggies of my childhood. Is that the positive play of evolution – you tell me?