Each week we’ll  be featuring an artist included in the Help the Homeless Art Auction.

This week the featured artist is ceramist Amanda Shelsher.

Born in WA in 1971, Amanda Shelsher grew up surrounded by bush in Gooseberry Hill and was drawn to the world of ceramics at the age of 10 when her mother began her own career as a professional potter. She began exhibiting aged 18 and in 1992 completed a Bachelor of Arts in Visual Arts – Ceramics at Western Australia’s Curtin University of Technology, and a Graduate Diploma of Education (Art – Secondary) the following year.

After teaching in Perth, the United Kingdom and France, Amanda travelled extensively for three years. This proved a catalyst for her to begin her journey as a full time artist in 1998. Since then she has exhibited extensively and provided work to leading galleries throughout Australia, including FORM Contemporary Craft and Design Perth, Aspects of Kings Park, Raglan Gallery Sydney, Beaver Galleries Canberra, Skepsi Gallery Melbourne and Margaret River Art Galleries. Post-travel, Amanda’s work focused on themes of travel and a desire for flight. This changed significantly after the arrival of her and her husband David’s two children, and she is now drawn to themes of her perceptions of the miracle of life, domesticity and growth.

In 2007 she was flown to Los Angeles for a group exhibition of Perth’s established and emerging artists presented at Scion Gallery, Culver City. Her work was exhibited at SOFA – International Exposition of Sculpture Objects and Functional Art in Chicago in 2007, 2006, 2005 and 2004, represented by Raglan Gallery. She has also exhibited at the prestigious art fair Collect at London’s Victoria and Albert Museum in 2006.

Her works were also selected for the Fubon Art Foundations 18th Feast of the Mind – Buffet of Art annual exhibition, along with renowned Australian sculptor, Patricia Piccinini.

Most of her work is created at night when she can consolidate her thoughts and enjoy the process of making. Her workspace is a small table in the lounge of her family home. She thrives on working for competitions or her latest exhibition or international show. 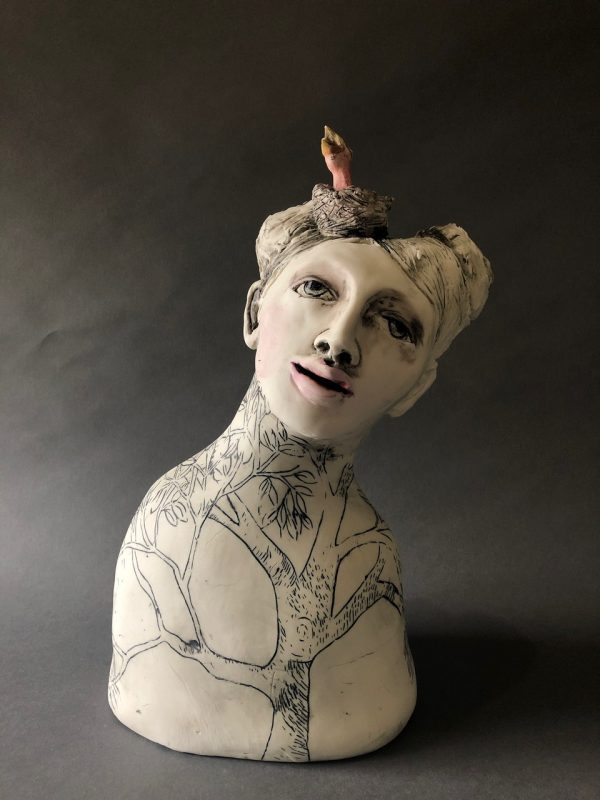