The Myanmar Executions – What Next?

On 10 June 2022, the Myanmar military junta said it would execute 4 individuals including 2 democracy activists. Today it was revealed they were executed over the weekend just gone. There are many more sentenced-to-death political prisoners on death row in Myanmar/Burma. What is to be their fate? What will the international community do to halt these barbarous actions?

On 10 June 2022, the junta running Myanmar, or Burma as it is also known, announced its decision to enforce death sentences against four individuals, including two prominent activists.

On 25 July, it was revealed that the four had been executed. 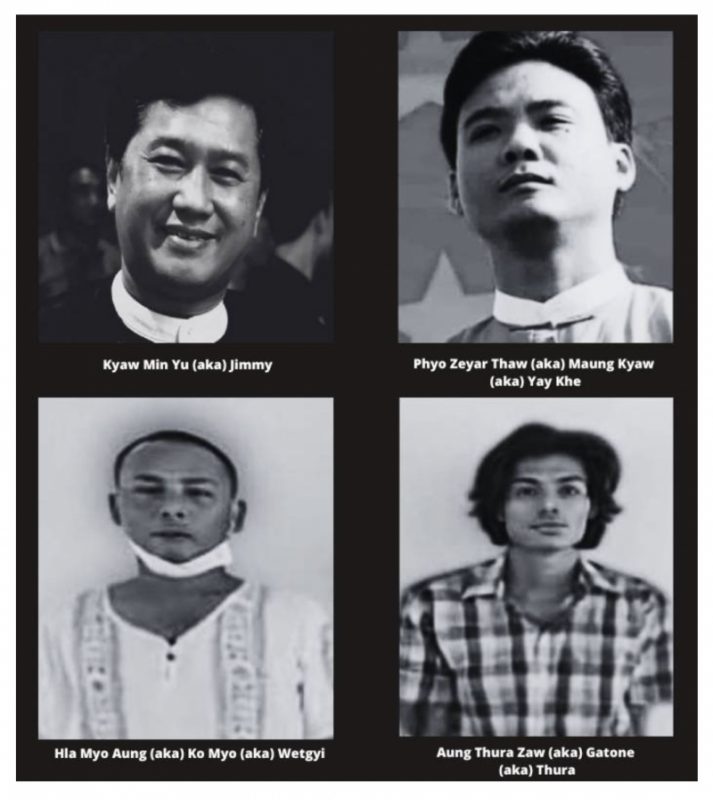 Two experts engaged by the High Commissioner for Human Rights based in Geneva, Mr. Thomas Andrews, Special Rapporteur on the situation of human rights in Myanmar, and Mr. Morris Tidball-Binz, Special Rapporteur on extra-judicial summary or arbitrary executions, said at the time the junta announced it would enforce the death sentences that this could mark the start of a spate of death pronouncements, unless there were an increase in international pressure on the brutal military regime.

“The illegitimate military junta is providing the international community with further evidence of its disregard for human rights as it prepares to hang pro-democracy activists. These death sentences, handed down by an illegitimate court of an illegitimate junta, are a vile attempt at instilling fear amongst the people of Myanmar,” the experts said.

In the face of increasing human rights violations, the experts urged the international community to exert greater pressure on Myanmar’s military.

“Without imposing serious costs on the military for its attacks on fundamental rights, we should expect increasing numbers of these death penalty pronouncements from the junta,” they said. “The international community – chiefly Member States and the Security Council – must demonstrate that these actions will not go unpunished and do more to target the military’s needs for money, weapons and legitimacy.”

The experts stressed that one of the condemned individuals is a former member of parliament from the National League for Democracy, while another is a leader of the 88 Generation activist group that stood up to former dictator Ne Win’s regime. They were sentenced to death by a military tribunal in January 2022, on charges of treason and terrorism.

“The junta’s announced decision to execute the activists illustrates how the military seeks to use all apparatuses of the state to persecute those that oppose its attempt to return Myanmar to military authoritarian rule,” they said.

The UN experts stressed that the imposition of the death penalty was taking place alongside the military’s extrajudicial killings of civilians, estimated now to stand at nearly 2,000.

“The world must not lose sight of the fact that these death sentences are being meted out in the context of the military murdering civilians nearly every day in its widespread and systematic attack on the people of Myanmar. The military has killed civilians during massacres, crackdowns on protestors, and airstrikes against civilian locations, and has tortured detainees to death,” the experts said.

The four individuals were tried and convicted in military tribunals, and reportedly without access to legal counsel during their rejected appeals – in violation of international human rights law.

“In today’s Myanmar, fair trial and due process guarantees simply do not exist. The junta’s thumb is firmly upon the scales of justice and under these circumstances, imposing and enforcing the death penalty is especially heinous,” the experts said.

On 25 July following the executions, the Myanmar/Burma based organisation known as The Assistance Association for Political Prisoners said it was devastated by news from the military-controlled Global New Light of Myanmar that Ko Jimmy (aka Kyaw Min Yu), Phyo Zayar Thaw, Hla Myo Aung and Aung Thura Zaw were executed over the weekend.

In a statement it stated –

‘These four political prisoners were detained by an illegal and murderous junta. The trial was a kangaroo court. Any forced confessions the outcome of mental and physical abuse. Relatives and friends are in agony because of the actions of the Prison Department and junta leaders who have imposed an information blackout from inside the walls of Insein.
According to Chapter VIII Section XIV of the Burma Jail Manual, paragraph 660 the body of executed prisoners “shall be carried outside the main gate and there delivered over to them [relatives or friends]. In addition to this, per paragraph 661 when the sentence has been executed the Superintendent shall “return the warrant to the court from which it issued… certifying the manner in which the sentence has been carried out”. Even if the dead bodies have not been returned, paragraph 1027 stipulates that graves shall be marked with “the name of the deceased, his residence and the date of his death”.

And yet, the military junta is refusing to disclose their location and condition, with only vague wording and unclear messages following news the execution was carried out. Junta officials must verify the exact date and time the executions were carried out. As well as where the dead body is now.’

AAPP Joint-Secretary U Bo Kyi said “If they executed the four it is a crime, Min Aung Hlaing committed murder. The junta is illegal, unelected by the people, they have no right to execute”.

The last execution of political prisoners was between 1986 and 1987, when three Karen resistance fighters were condemned by the previous murderous junta. 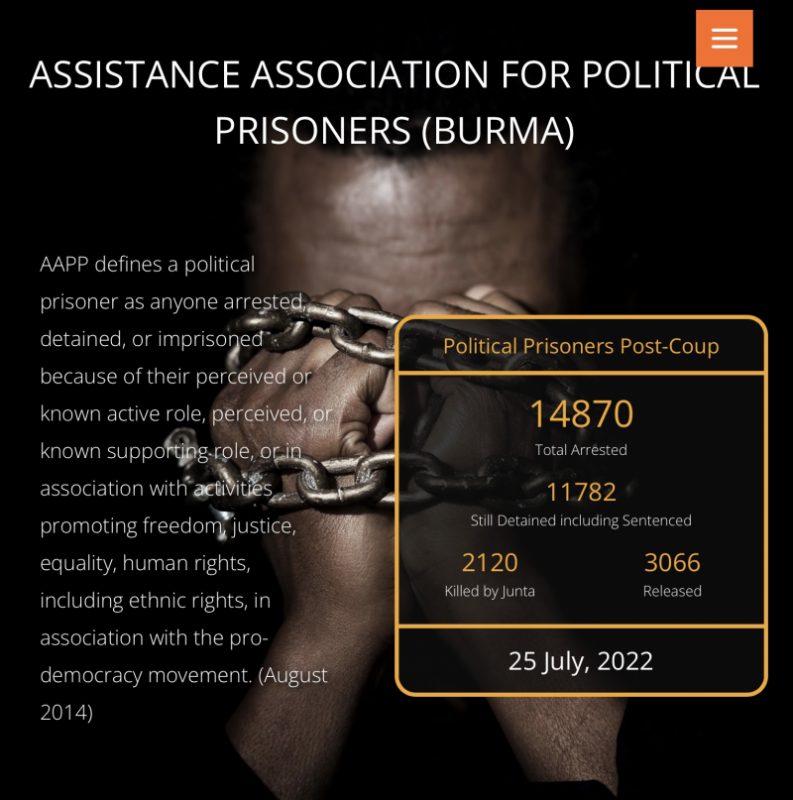 So the question now is, what is the fate of these sentenced-to-death political prisoners to be? In the terms expressed by the UN engaged experts, will these recent executions go unpunished; will the international community do more to target the military junta’s needs for money, weapons and legitimacy?