It’s a provoking arts meets science project about the three elements in our utopian future that farming is trying to live without.

The exhibition is centred around a performative installation where audiences can witness a technological food cycle firsthand over the course of a 3-week experiment, which will see sunshine, soil and shit removed, in favour of artificial light, substrates, and fertilizers.

Here’s a gallery of some of the featured pieces. 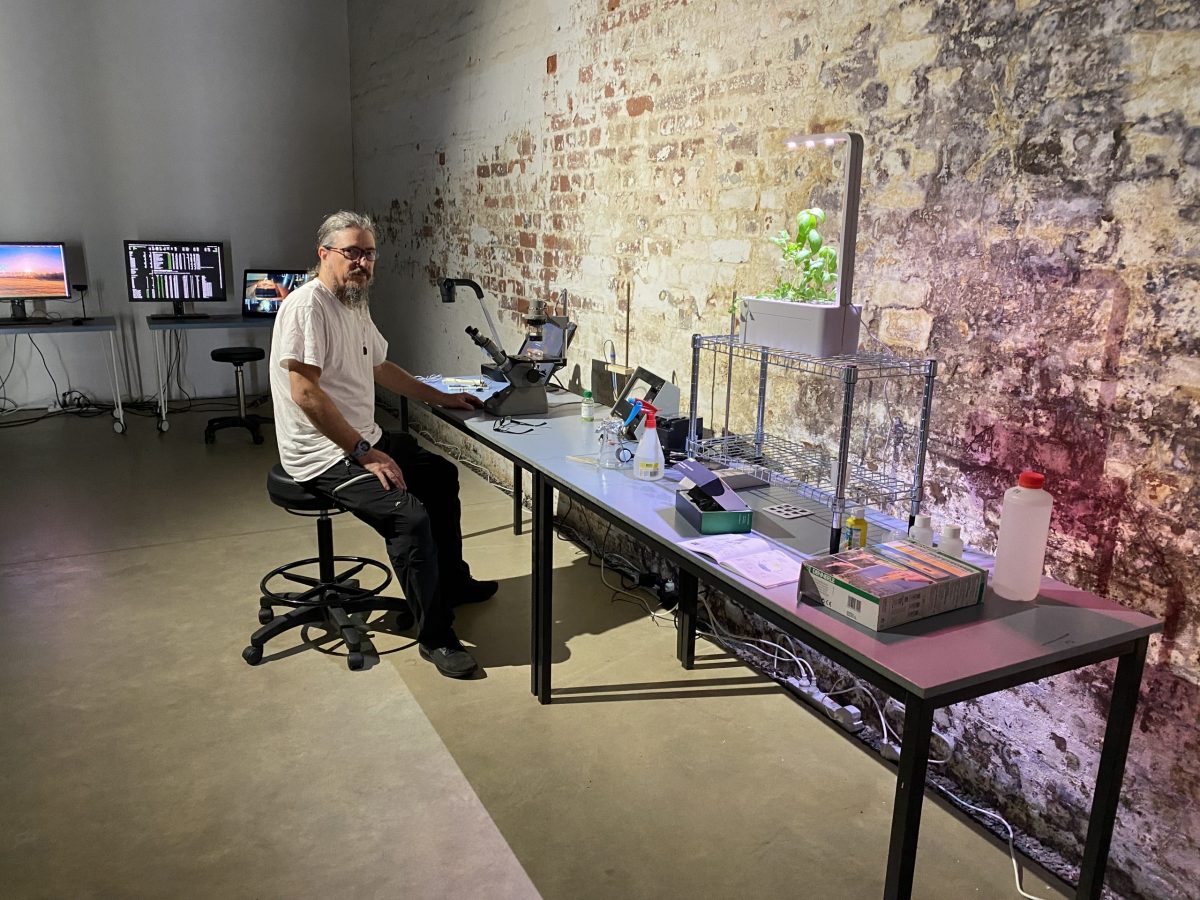 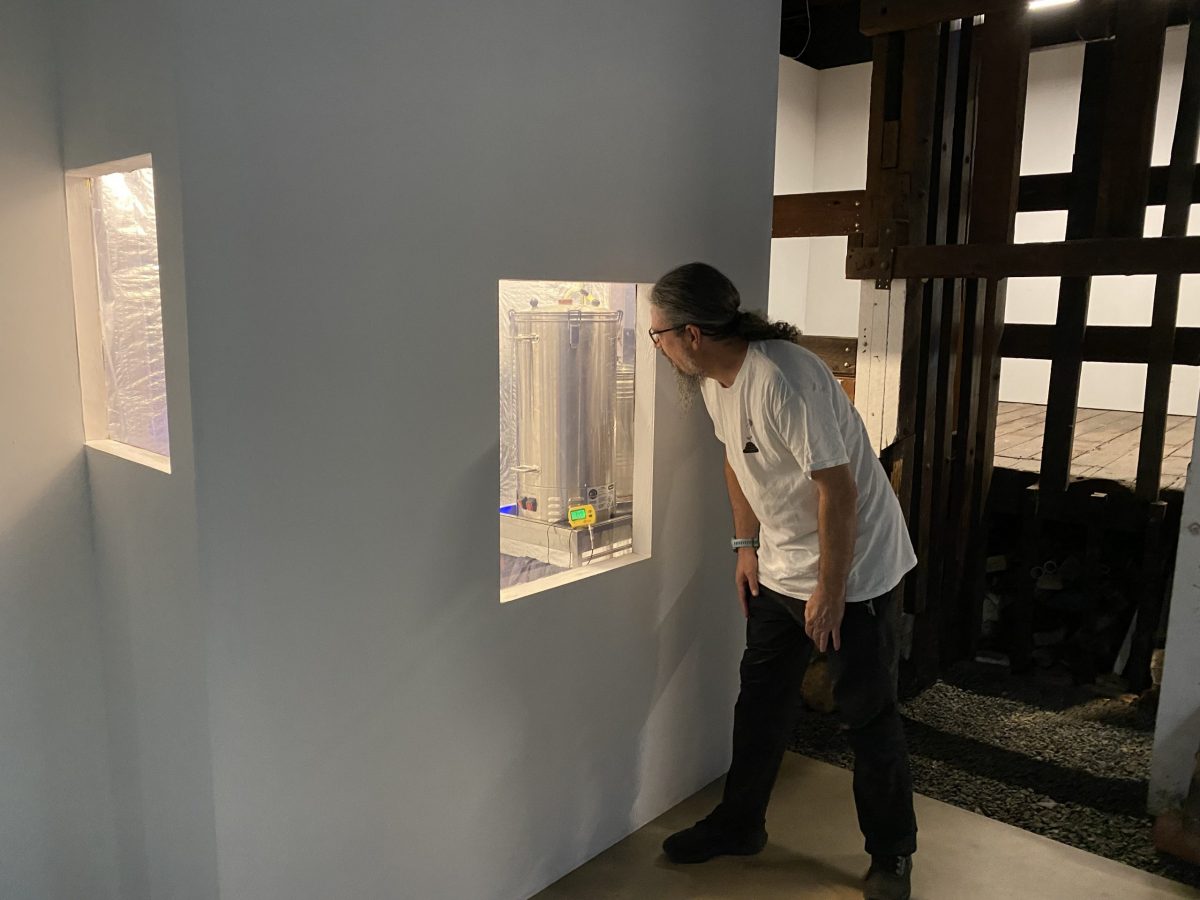 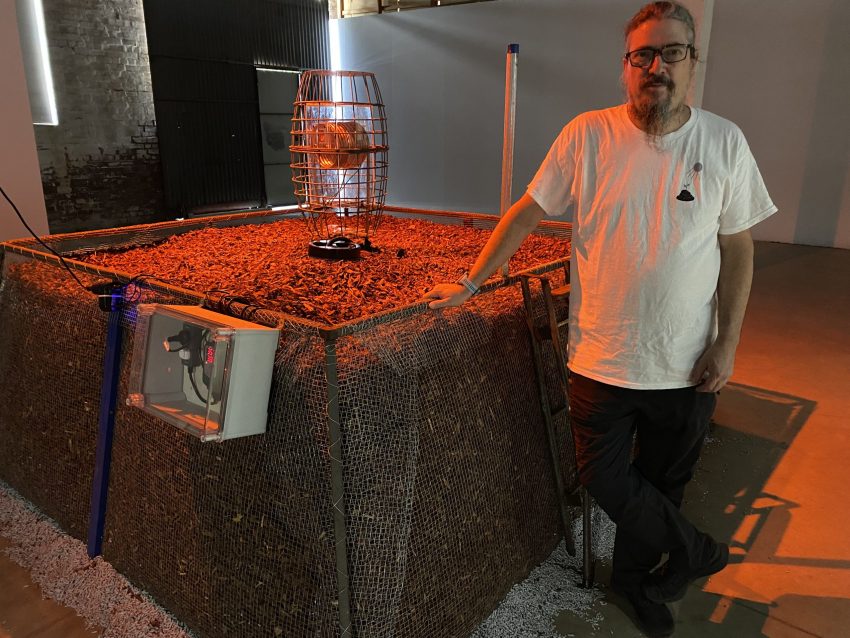 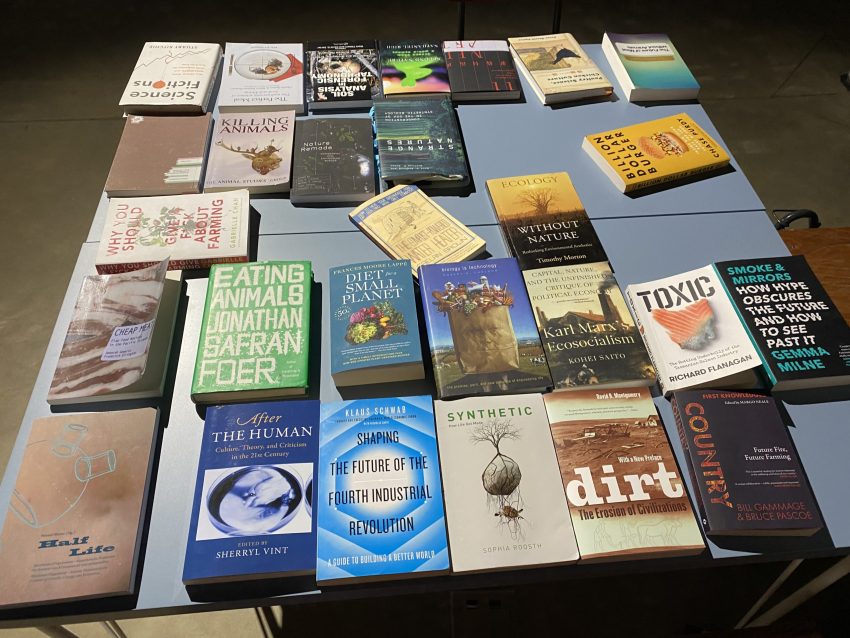 As well as the 3SCD installation created by SymbioticA’s co-founders Ionat Zurr and Oron Catts in collaboration with artist and creative coder Steve Berrick, the project also includes a symposium; ticketed pop-up dining experience with culinary masters Fervor; and panel discussions to be webcast as part of The Seed Box’s The Community Garden – an environmental humanities festival to be held in Sweden.

SymbioticA are no strangers to food technology. In 2000, the team were internationally recognised as the first to grow meat in a lab, and three years later, were also the first to consume in vitro meat. Their work has been exhibited all over the world in leading cultural institutions including the Museum of Modern Art (MoMA) in New York, National Art Museum of China, and the Mori Art Museum in Tokyo.

The MoMA exhibition featured the Victimless Leather exhibit about which there was later much discussion. It was grown from mice cells. Here’s what it looked like.

3SCD was originally going to be presented by Derwent Valley Arts at the Willow Court Barracks, Australia’s first purpose-build mental asylum in Tasmania, but was re-located to Fremantle, WA due to border restrictions caused by COVID-19.

Earlier versions of the project have been exhibited at Chronus Art Center, Shanghai, Perth City Farm commissioned by IAS Spaced, and at the Science Gallery, London in 2019.

The project has been funded by the Department of Local Government Sport & Cultural Industries (WA), The Seed Box (Linköping University Sweden) and assisted by the Australian Government through the Australia Council, its arts funding and advisory body.

Our editor Michael Barker was lucky enough to get a first hand tour of the installation from Oron Catts who also discussed the ‘meaning’ of it all. Utterly fascinating. Take in the podcast interview now. So much to learn!