Lately I’ve been feeling like a splash of colour in a Jackson Pollock artwork. A schizophrenic splash in a crazy kaleidoscope of colour. It has to do with that very basic of human needs – shelter. You see, we left our southern hamlet sixteen years ago to re-embrace life in the Big Smoke. Not really the Big Smoke but that eclectic enclave self-designated as ‘South Freo’. And here we have been stupidly happy and contented evermore. But – and there is an inevitable ‘but’ – but for the fierce heat of the Perth summer, our happiness and contentment would have hovered around the 99% mark. However, my beloved, as is her predilection, decided our adventurous days are not over. Against my better instincts, I found myself nodding in agreement to the purchase of a home in our former habitat – Denmark (the Western Australian version, to be quite clear).

So, as Year 2 of Covid draws to a close, we can look back on several months of plans and purchases involving renovations, innumerable visits to IKEA and Bunnings, and inveigling assorted tradespeople into the abode I christened (perhaps after one of those confusing and exhausting IKEA visits) ‘Daniele’s Folly’.

Now, with a house in some sort of order, the temperature around 27° while Perth swelter s on a 40° day, I gaze idly through the window at the bush, taking in the soft hues of the greens and the greys. A warm easterly rustles the tops of the jarrah trees while the local FM radio continues an ad-free run of pleasantly recognisable tunes. Any feelings that I am a traitor to Freo dissolve, and I’m already looking forward to a sundowner on what could euphemistically be described as our terrace.

Many readers will be familiar with Denmark. And the appearance of the car park at Greens Pool on a Sunday morning confirms our village and its surrounds are well and truly on the tourist map. Wait until the school holidays, friends caution us. You’ll need to be at the beach before dawn unless you plan to park halfway to Walpole.

Even the less frequented Lights Beach is no longer a haven for surfers, solitary fishermen and some of our elderly acquaintances who profess not to own a swimming costume. The road has been upgraded, parking formalised, and the area sympathetically landscaped and planted. Many of us are old enough to remember a sandy track and a patch of gravel at the end. 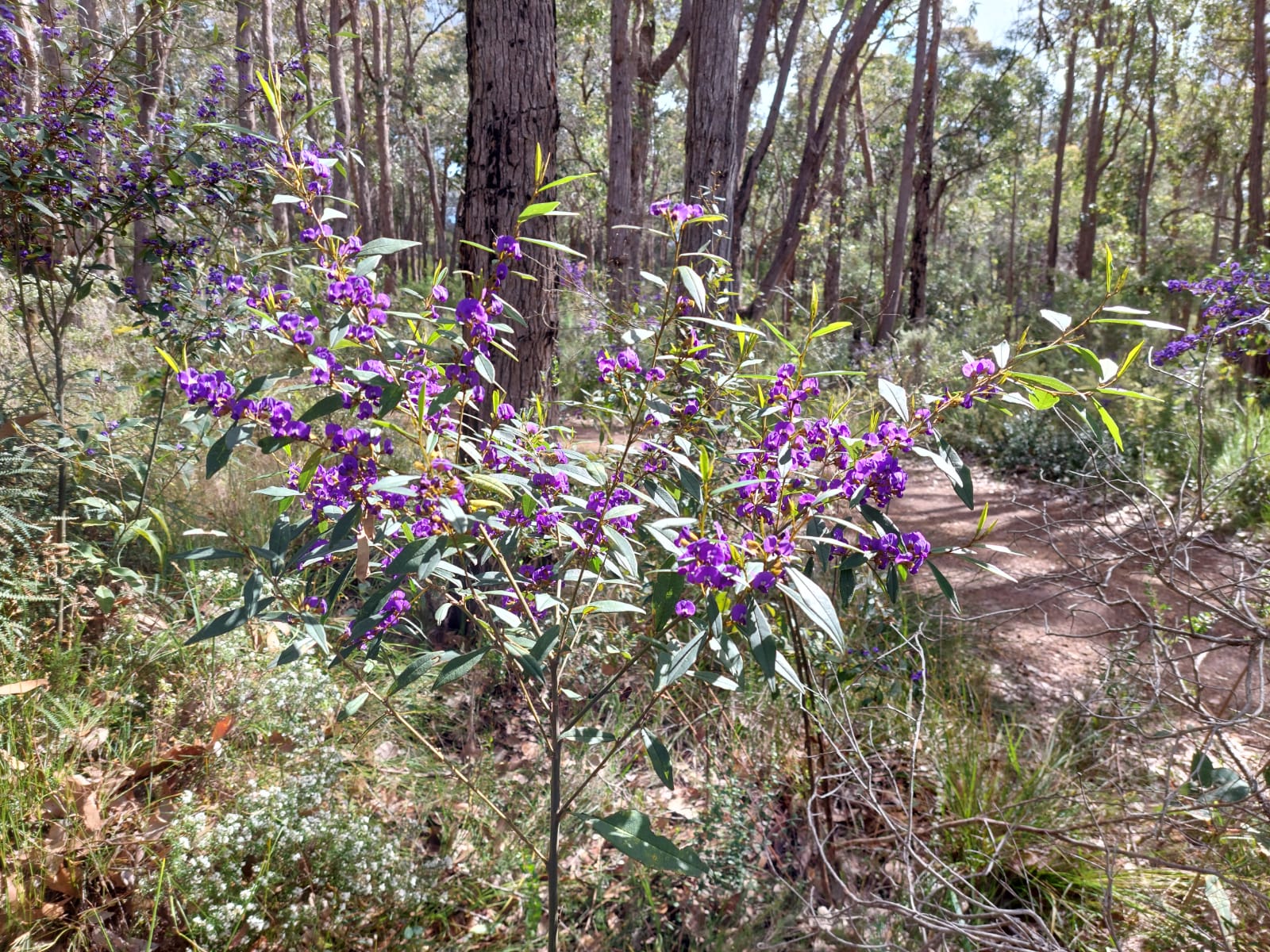 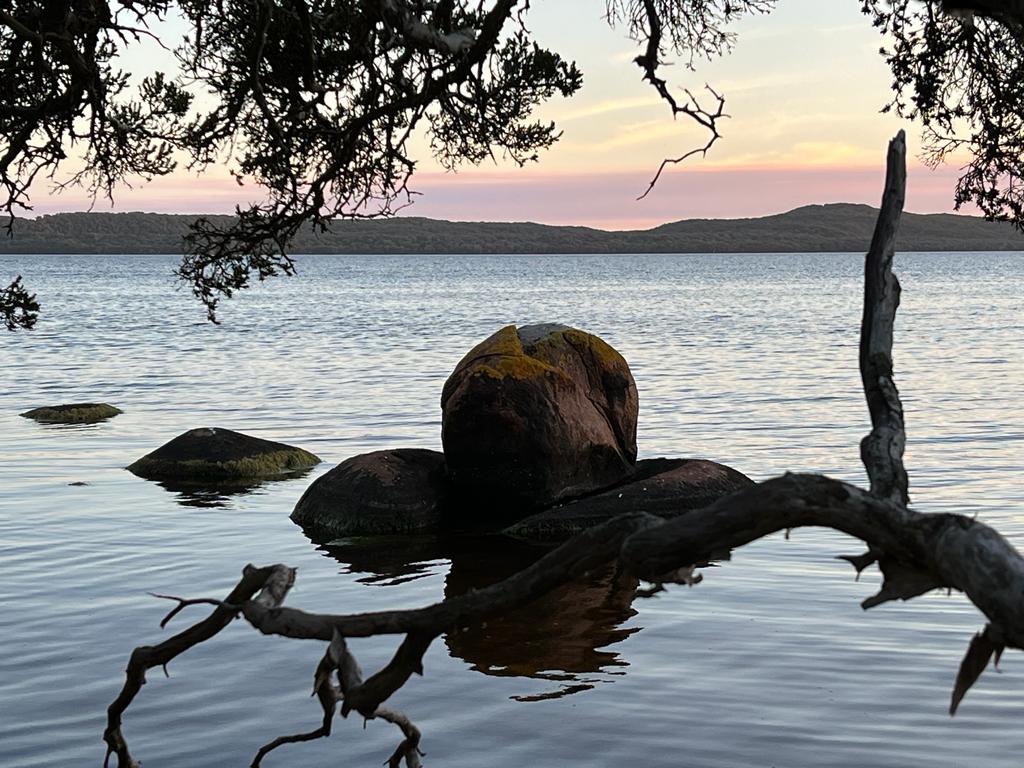 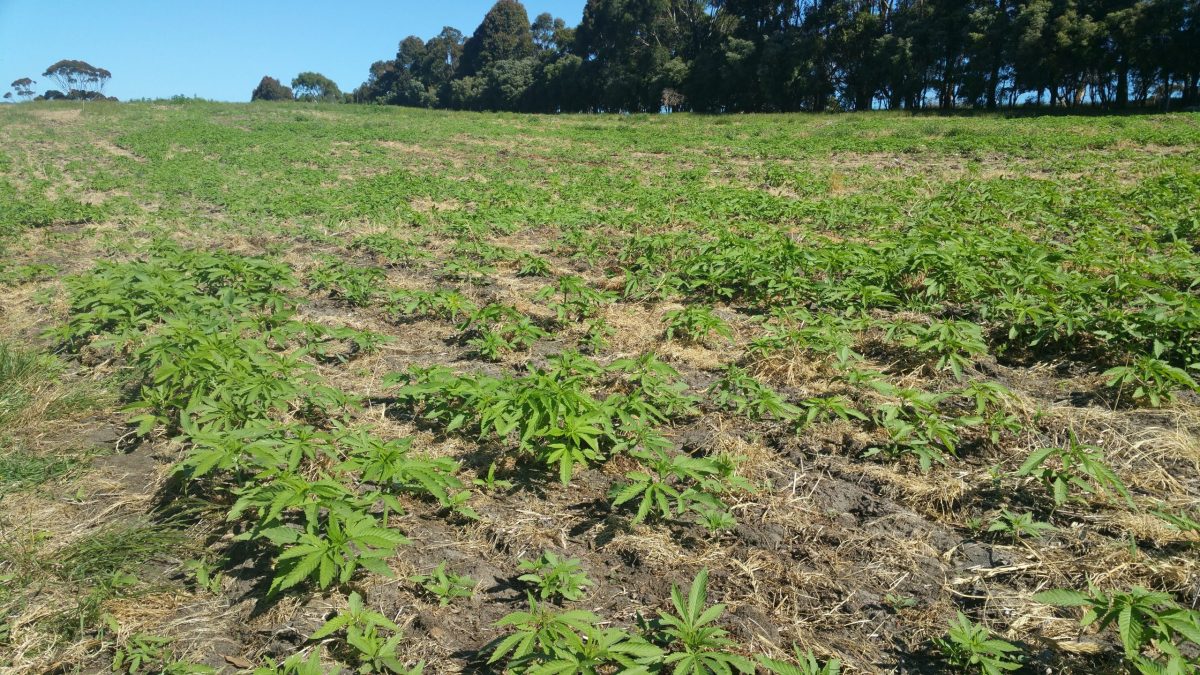 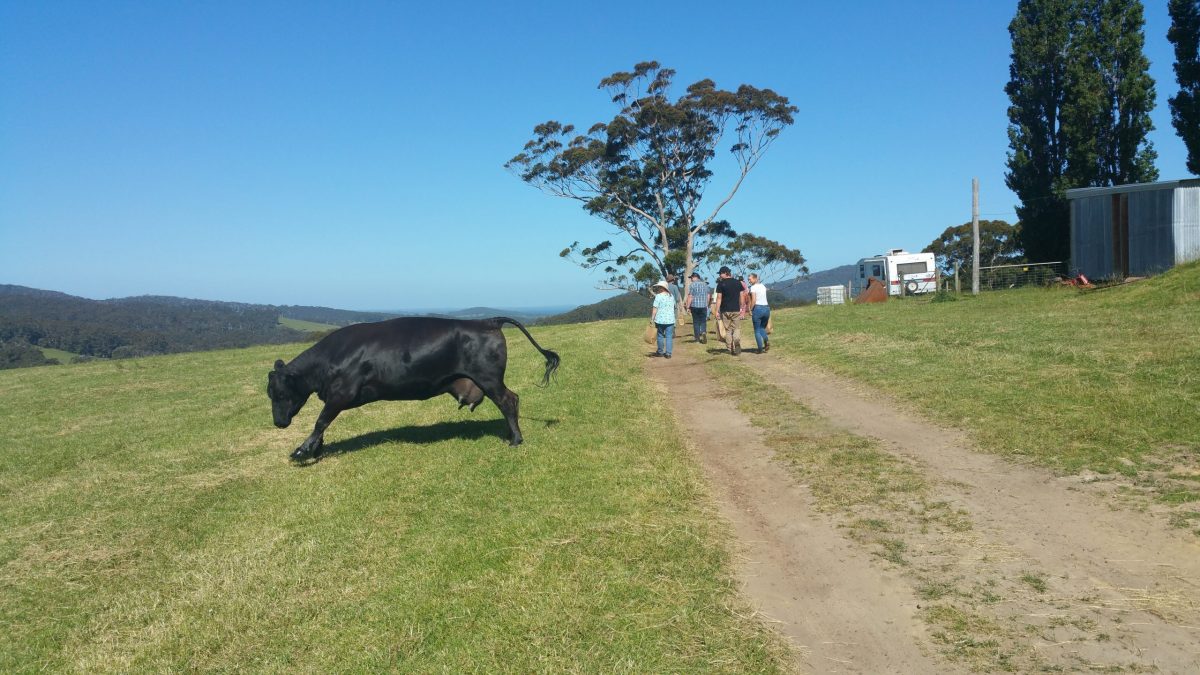 But I’m not complaining. It was inevitable Margaret River tastes would spill over into the Great Southern. A few weeks ago we went to the opening of The Dam, an impressive edifice overlooking a series of earthen lakes that are said to be home to hemp-devouring marron. Sitting on high stools, drinking fancy concoctions, and people-watching, it dawned on us our secluded hamlet was going upmarket.

Last Friday, we returned. Steve Birbeck, who we knew many years ago when he was emu-occupied, put on a Field Day for enthusiasts of regenerative farming (and others who might be tempted.) As devoted readers of Charles Massy’s The Call of the Reed Warbler, we were drawn from our nest and attended what turned out to be an illuminating experience.

I’m not the best person to explain regenerative methods but urge anyone interested to read Massy. He and like-minded others are doing their bit to countermand traditional practices that have degraded our soils and caused major environmental problems. Soil was very much the topic as we listened to Ellen Walker, Ken Bailey and Steve Frost explain what happens under the surface upon which we habitually and usually unthinkingly tread. We learnt of microbes and nematodes and protozoa and fungi; of connectivity – land and animals and humans – and how we can not only improve our well-being but also contribute towards a sustainable path to planetary health. Inspiring stuff from committed scientists and farmers.

Sabrina Hahn of the ABC Gardening program lightened the talkfest with an effusive outpouring of passion and humour. Observe, she said, go and observe what is happening around you. That was her recipe for horticultural and agricultural education. Even at night, she added, you will see and hear things if you pay attention. We were exhorted to take a bottle of wine and sit naked under the stars. I’m not sure how this went down with some of the more stolid attendees but it seemed a very reasonable suggestion, especially on a hot evening in the West, more so if your habitat is mosquito-free.

After lunching, we were transported to allotments where Steve, his three daughters and their partners are engaged in some non-traditional farming pursuits. In an orchard containing 2000 ten-year old oak trees, we listened attentively to an earnest young man explain how truffles are grown, while his trained truffle dog begged attention at his feet. In another section, another young man extolled the virtues of hemp, amongst which was its potential use as building product. Don’t just plant the stuff, he cautioned. You need a licence.

The event drew about 150 interested folk. Agricultural Minister, Alananah McTiernan, also spoke with conviction and had us convinced her voice was in the right quarter. At a time of widespread scepticism around political types, the Minister scrubbed up pretty well.

Not so illuminating was our foray into the centre of town on the previous Sunday. Something of an environmental rally was meant to pull in the punters. A local band pumped out jazz-infected tunes from the steps in front of the RSL Hall. We caught up with old friends, not all of whom were dread-locked, tie-dyed or creased beyond recognition. In the eyes of some, I suspect we remain deserters, having left ‘the most beautiful place on earth’ all those years ago.

And now, with a toe and a leg in both camps – isn’t Fremantle also ‘the most beautiful place on earth’? – we are neither lost nor found. I’m still getting used to our indeterminate status. When people ask us where we live, I have to pause and think. Talk about a First World problem! The pragmatic beauty of choice. Fremantle has an ambience and an energy to which I am strongly addicted. Denmark is all about nature, and a kind of village life where people tend to acknowledge one another. And I know plenty of folk migrate between the two, some also lucky enough to have a sheltered carrot at each end of the stick. But if I am to be momentarily serious, I shy away from too much self-congratulation and any sense of hubris. If taken to extremes, fixation upon where one might live carries the flavour of inward -looking elitism. If a sense of community exists, it should be valued. I certainly do. If we are certain we have found our place, we have reason to be happy. Many others are not so fortunate, and I think my caution is apt, given what we have seen around polarised opinions stemming from the effects of Covid. ‘We are all in this together’ can be more than just a slogan. Being a true community is more than a statement of belief.

How did I drift onto this track? Blame a wandering mind, far removed from the pressures and distractions of the marketplace. As I look out the window, majestic kangaroo paws affect no interest in my musings. They sway in the breeze, doing their thing, inviting me back to nature. No question of being lost or found, simply responsive to what is on offer.