Heard But Not Seen – Bird Calls Around Freo 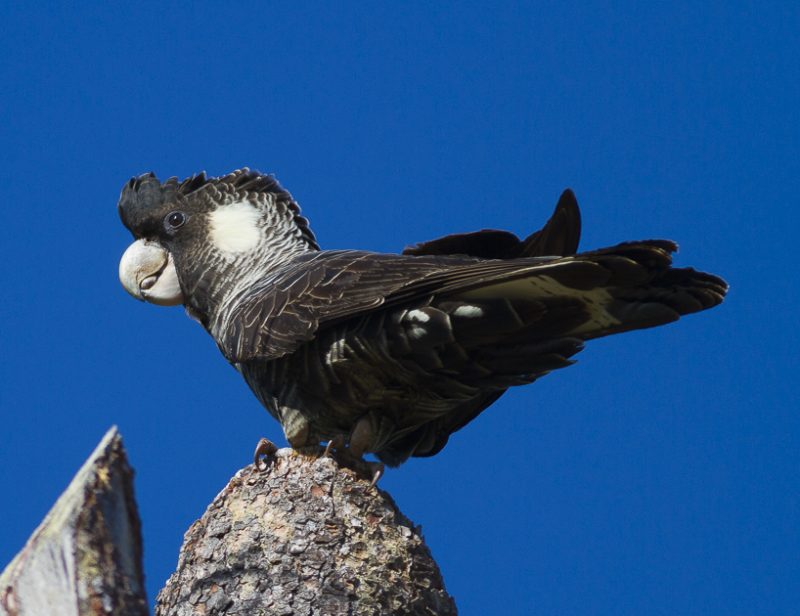 Top-line ornithologists often identify birds by their call alone. This is a tall order however you can become familiar with the main bird calls of your district, which gives you a better idea of the numbers of birds around, particularly the smaller species.

A common bird of the treetops is the Striated Pardalote, more often heard than seen once you get used to its insistent two-note call. The tiny Weebill makes a zithering call as it feeds on the outer foliage of trees and shrubs. The most distinctive call of the smaller birds is the melodic, descending phrase uttered by the Western Gerygone (formerly Western Warbler) which easily identifies this species.

Birds call for a range of reasons: alarm calls, flock calls, territorial and mating calls, amongst others. Some birds are chatterers like the Brown Honeyeater, others only call occasionally, and many birds’ calls have a carrying ability that seems well beyond their size.

Among the medium-sized birds, the Rufous Whistler and the Grey Shrike-Thrush make calls with a loud whip sound in them. In the larger songbird group, the Magpie‘s carolling is well-known, and the Grey Butcherbird also has a distinctive call. When you find the its song online you will see that it is nigh impossible to describe.

Another in the heard but not often seen category is the Boobook Owl, also known as the Mopoke, which is a rendering of its call (like Chitty-chitty, one of the Noongar names for the Willie Wagtail). If seen, the Boobook is a hawk owl, without the masked face of the Barn Owl, which you might also discover in Freo.

A welcome harbinger of summer is the buzzing call of the Rainbow Bee-eater, which migrates south at this time from the north of Australia. It is one of our most attractive birds.

One of the most distinctive calls heard in Freo is that of Carnaby’s Black-Cockatoo, a more drawn out call than that of the Red-tailed Black Cocky. Some people hear melancholy in the Carnabys‘ call, but that is anthropomorphism, a popular conceit on Facebook.

Learning bird calls has become much easier since the advent of ID apps, which provide easy-to-access recordings of calls, and there are still CDs of bird calls available for old-school types.

Here’s a link to a site where you can discover some of the songs of the birds mentioned.

Many musicians have been inspired by bird calls over the years, including country singer John Williamson, and Paul Kelly and James Ledger in their Thirteen Ways to Look at Birds song cycle.

Numerous Australian classical composers have been inspired by bird song, including Indigenous composers following their ancient tradition – you can follow up this interesting topic here.

As this article reminds us, recent research suggests that songbirds evolved in Australia, not in the Northern Hemisphere as previously thought, which makes us a republic of bird songs and calls.

Sadly, the avian soundscape is declining across North America and Europe and we are in danger of that happening here.

Here’s a link to the soon to be released Songs of Disappearance featuring the birdsong of 57 threatened species.

Locally, it is vital that we maintain and grow our urban canopy and linkages to continue hearing this soundscape, our ongoing connection with nature through birdsong.

* Watch out for article on increasing Freo’s tree canopy, coming to you soon.

** This article was written by Mark Hutchison who is an active member of Birdlife and Fremantle Environment Collective.