After an Astute-class British nuclear-power submarine docked at HMAS Stirling in Rockingham on Friday, a group of anti-nuclear protesters gathered at the gates to the naval base on Sunday to protest both the vessel’s visit. 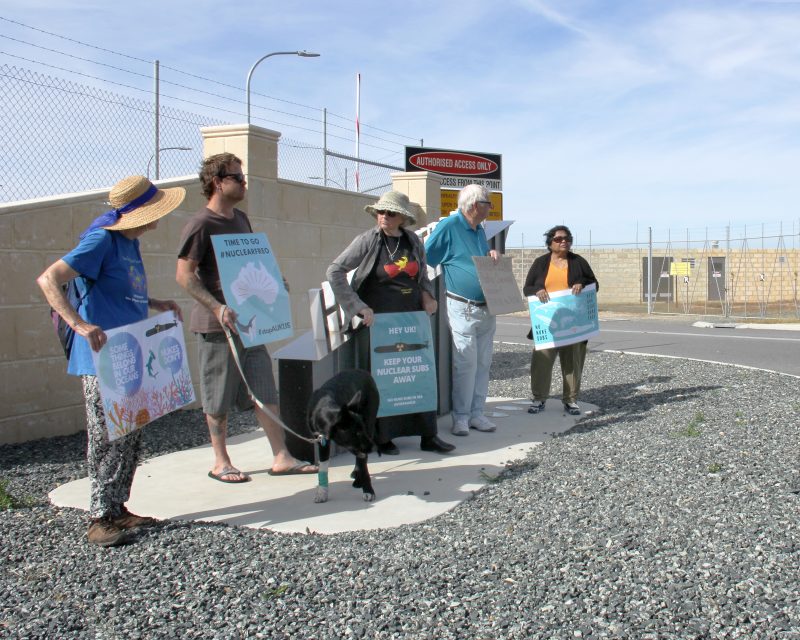 The activists voiced their opposition at not only the visit of a nuclear-powered vessel to Australian shores, but also the recently announced plans for the Australian Department of Defence to construct a fleet of nuclear powered submarines of its own in South Australia.

The program comes as part of the nation’s trilateral security partnership – AUKUS – with the United Kingdom and the United States.