Driving toward the Queen Victoria Street intersection down James Street, the massive white bulk of a RO-RO filled the background.

As the car passed the bus stop at the bend, just before the Stirling Bridge and Canning Highway lights, I spied out of the corner of my eye, a pretty little white ship.

His reply was that he hadn’t, but would keep an eye of for it. 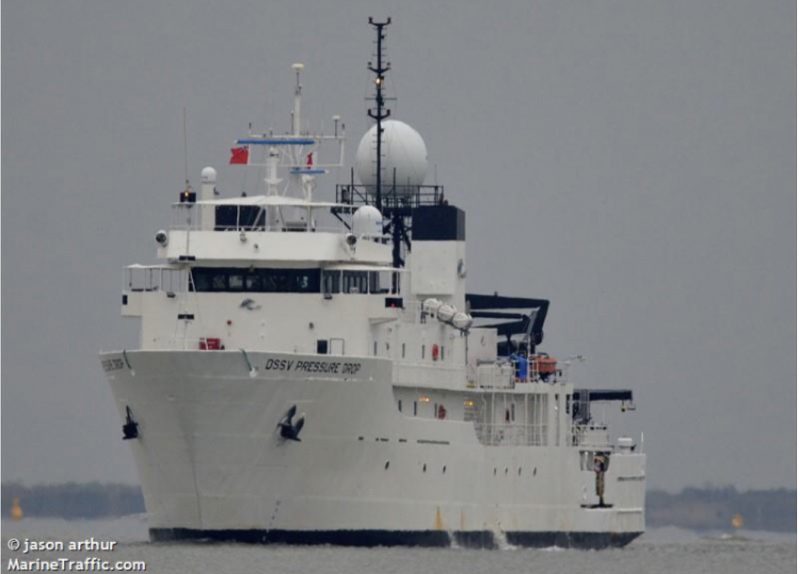 The cute little white ship is no less than a Stalwart-Class ocean surveillance ship – once known as USNS Indomitable (T-AGOS-7).

The Stalwart class is an ocean surveillance ship built for the the United States Navy, and members of it have been deployed by them from their inception, in 1985, until 2002, when the National Oceanic and Atmospheric Administration utilised her many talents after she was retired from service and stricken from the Naval Vessel Register.

According to Military Wiki, she was part of a pedigree of ships “designed to collect underwater acoustical data in support of Cold War anti-submarine warfare operations in the 1980s.”

Military Wiki write: “Indomitable was laid down by the Tacoma Boatbuilding Company at Tacoma, Washington on 26 January 1985 and launched on 16 July 1985. She was delivered to the U.S. Navy on 26 November 1985. She was placed in non-commissioned service in the U.S. Navy’s Military Sealfit Command as a United States Naval Ship with a mixed Navy and civilian crew on 1 December 1985.”

Surveillance Towed Array Sensor System (SURTASS) equipment was removed after the Cold War, and replaced by an AN/SPS-49 radar.

In 2002, the ship was transferred to the National Oceanic and Atmospheric Administration (NOAA), where she was commissioned as NOAAS McArthur II (R 330).

She was decommissioned in 2014 and was eventually purchased by Caladan Oceanic in 2017 and became DSSV Pressure Drop.

Here she is, first as the Indomitable and then as the McArthur II. 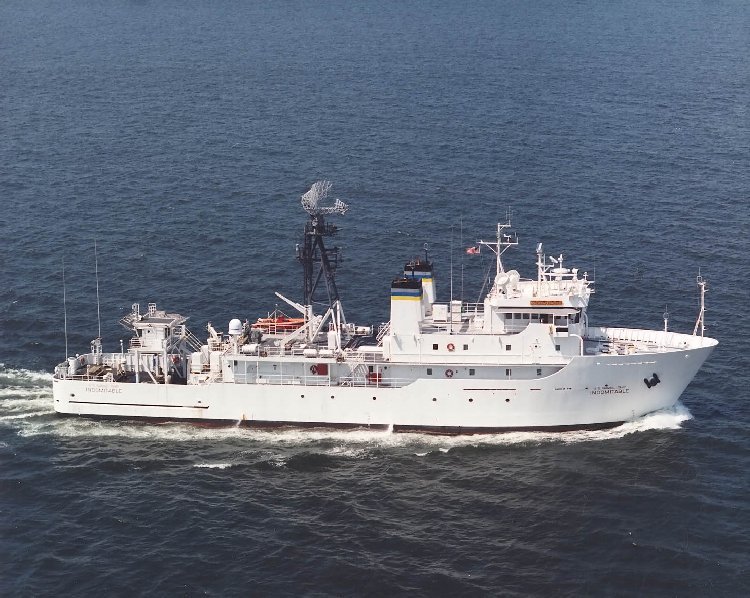 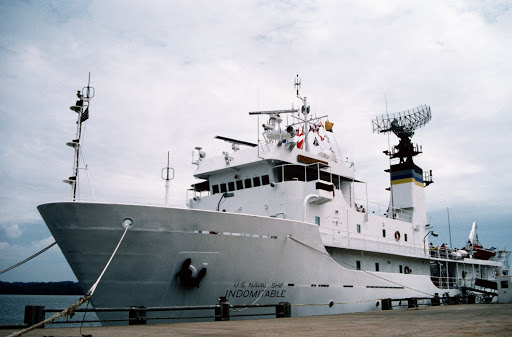 By all accounts, Caladan Oceanic has carried out a comprehensive refit program on the vessel. Focussed largely on the accommodation and science areas, the refit has transformed the vessel into a much more comfortable and capable scientific research ship.

Here she is in the distance in Fremantle, the cute little white ship! 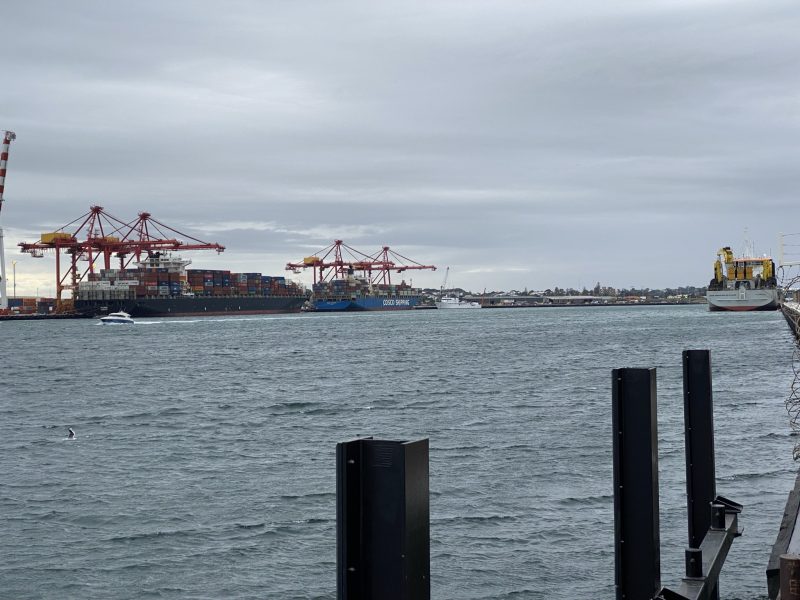 DSSV Pressure Drop arrived from Dampier and is scheduled to depart Fremantle for ‘Overseas’ at 10.30 am today.

Finally, in case you hadn’t noticed, the weather is turning and the seas are darkening and dangerous. Stay safe all seafarers.

This article was written by PA Sinclair