It’s not the Sea Princess, but yesterday a passenger vessel, Coral Adventurer, had punters wondering if we had more Covid cases off our shores – was this a vessel stuck at sea seeking refuge in our idyllic island enclave? 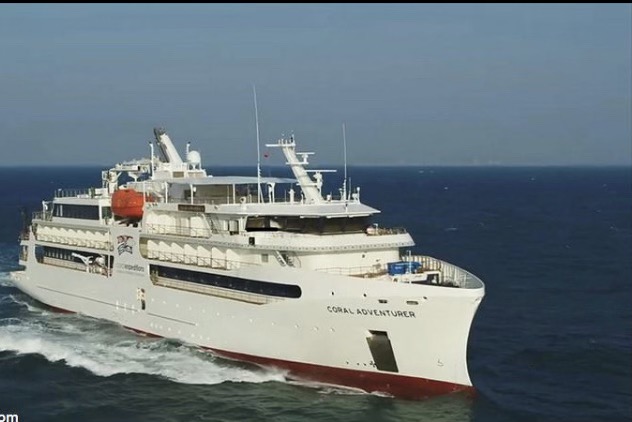 Such a rare sight to see, cruise ships, these days; the luxury lady had twittersphere a twittering.

Yesterday, we brought you the first pictures of her offshore and promised you more details soon. Well, here they are! 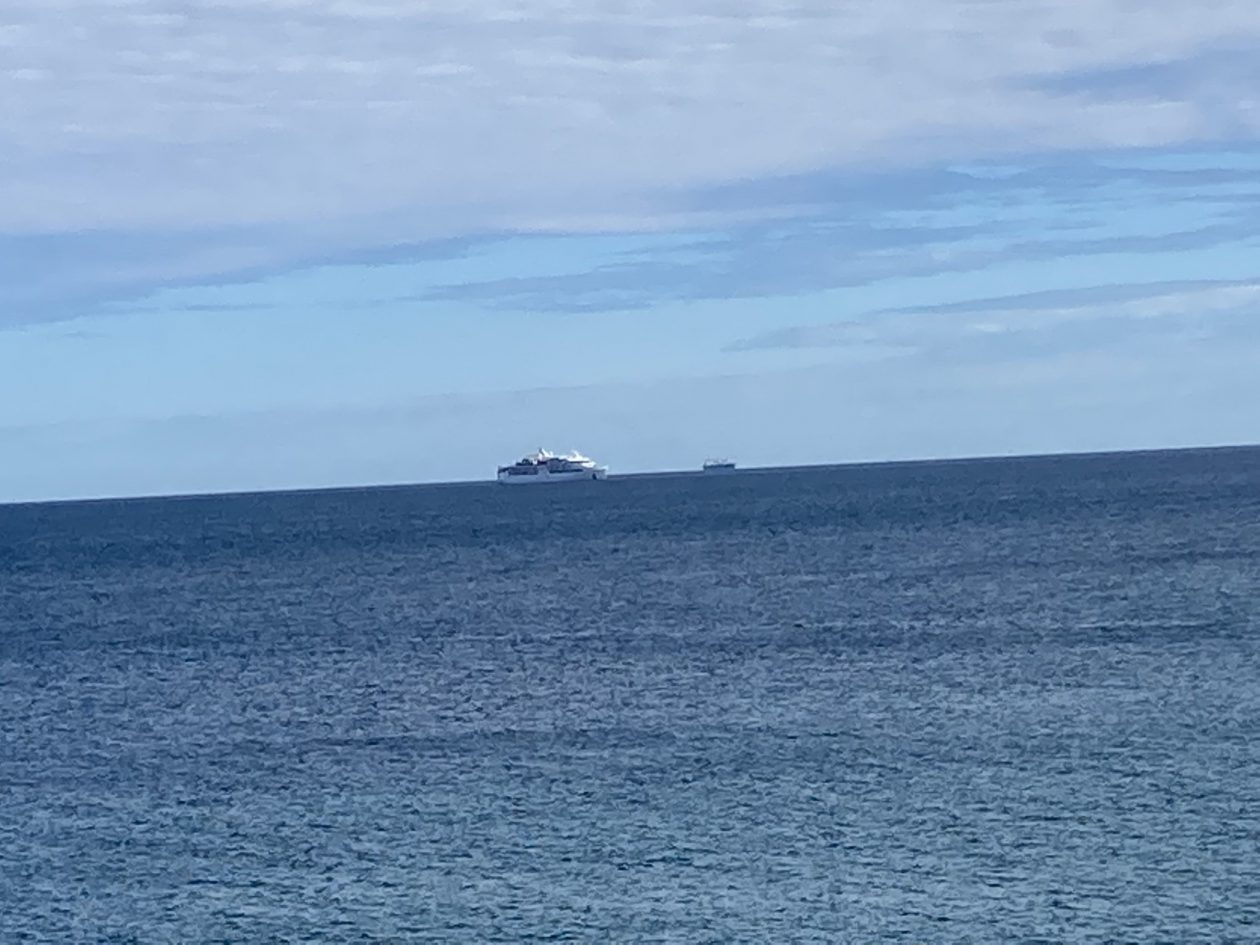 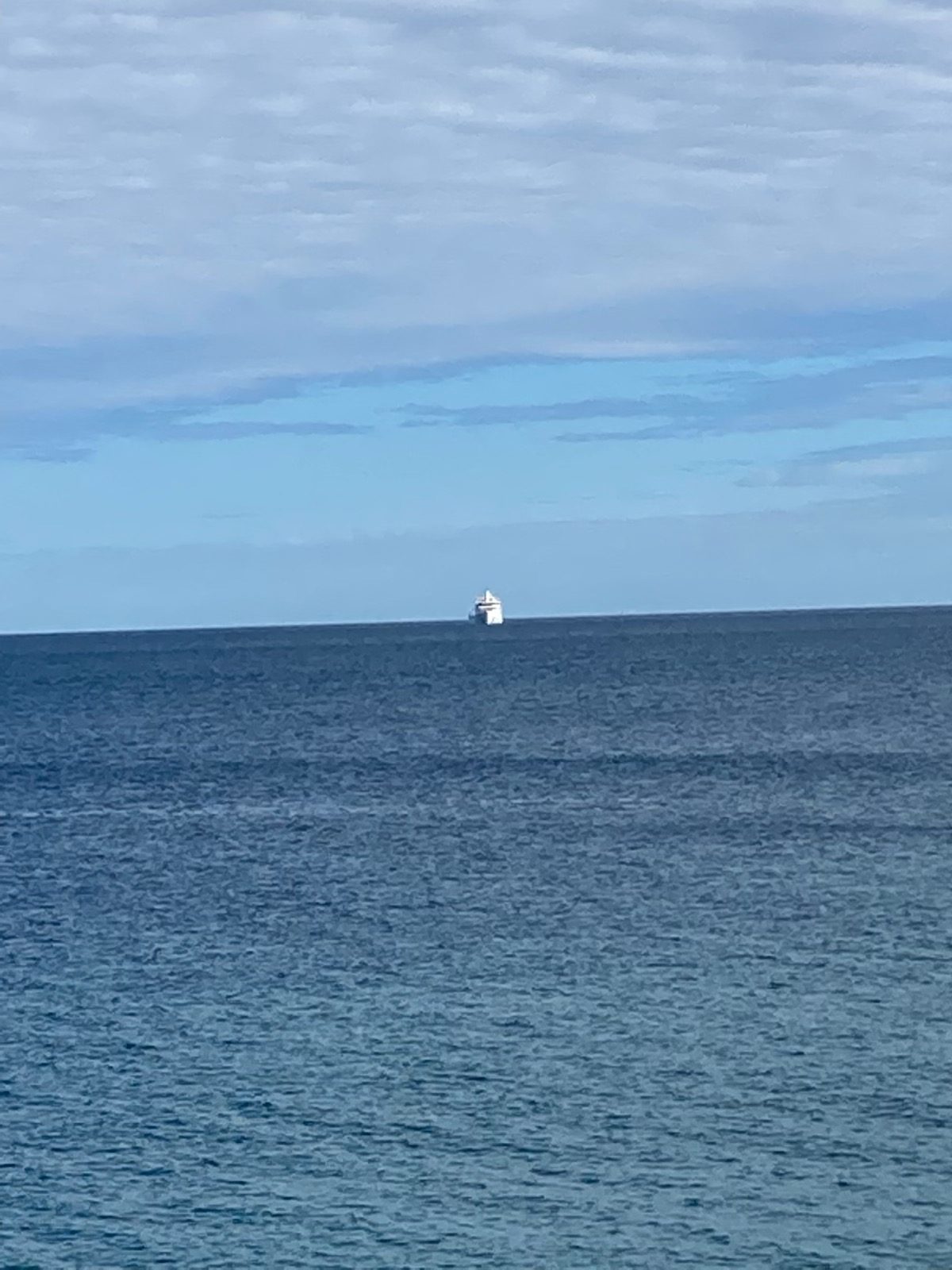 On further inquiry, we discovered the Coral Adventurer is on her maiden voyage from Freo to Broome, and that Coral Expeditions, her owner, has a fleet of three small ships – Coral Adventurer; Coral Geographer; and Coral Discoverer. They are cruising vessels on a much smaller scale, with a tenth of the capacity of the larger cruise ship vessels.

The 34-year-old ocean cruise company founded by Townsville entrepreneur, Tony Briggs, now has investors from Singapore and NMRA Insurance, though is still Australian owned and all vessels sail under and Australian Flag. Their headquarters are in Cairns.

The Coral Adventurer was built by Norway’s Vard in their Vietnames shipyard in Vung Tau, in 2019. She is 94.5 metres long and 17.2 metres wide. She weighs 5516 tonnes and has a draft of five metres for ease of access to shallower nooks. She has the capacity for 120 people, in this case including 99 passengers for the Broome cruise, as well as six zodiacs and two Xplorer tenders, all hydraulically lifted in and out of the sea. 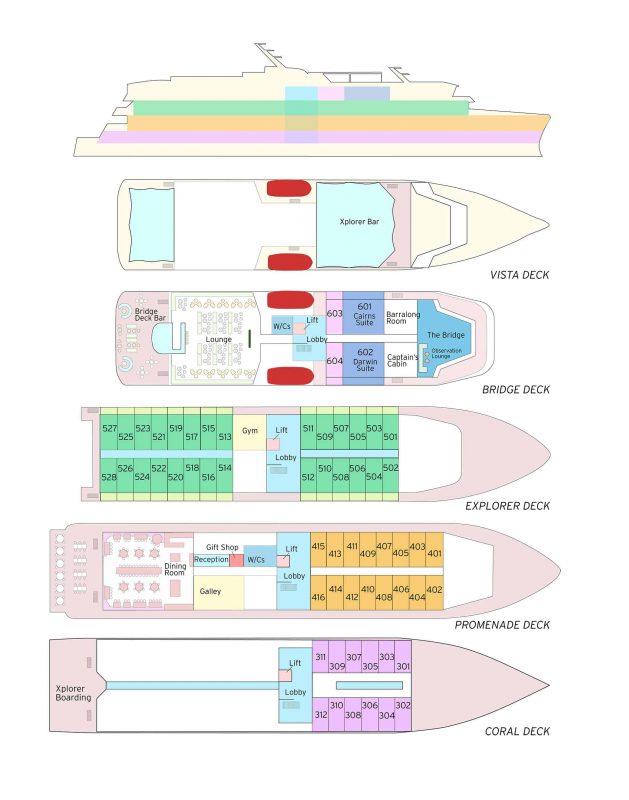 Advanced navigation and propulsion system gives passengers access to locations normally closed to large cruise ships. And for those who tend to get a bit queasy, Coral Adventurer has active stabilisers to reduce sea motion.

A spokesperson for the owner said sailing from Fremantle is a response to the loss of international travelers because of the pandemic –
“Coral Adventurer has sailed from Adelaide with crew only, with the first passengers embarking in Fremantle on 10 March 2021.”

It is not confirmed if all travelers are from Western Australia or if some will be joining the cruise from other States and Territories.

They will sail to the Dampier Archipelago, then cruise to the Houtman Abrolhos, the Ningaloo Coast, Shark Bay and the Muiron and Montebello Islands.

They plan to stay in Western Australian until October when they will sail from Broome to Darwin. The owner is even planning a 59 night circumnavigation voyage of Australia. Love it!

At this stage, the Coral Adventurer will make its first visit to the Fremantle Inner Harbour on 6 March.

Currently with 34 crew on board, the ship will berth at D Berth, Victoria Quay until 10 March when it will depart with passengers for a 12-night voyage to Broome.

Here she is in Port. 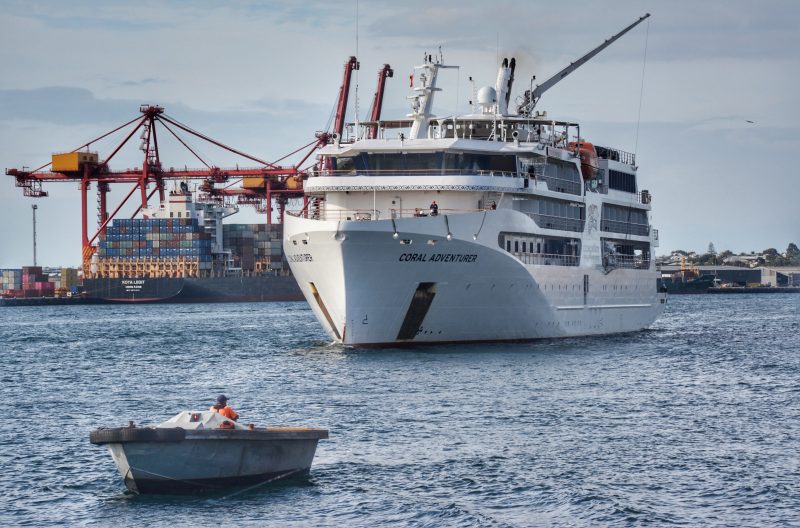 They follow strict Covid requirements, with passengers needing to be tested and to self-isolate for one week prior to boarding.

This includes distancing on the ship and shore; an onboard medic for temperature testing; new medical grade sanitisation; crew training; and no buffets.

All guests and crew must complete a pre-screening process 7 days – 24 hours prior to departure, which includes a visit to the doctor, self isolation, a pcr swab, in transit mask wearing and hand hygiene protocols and check-in clearance screening upon embarkation.

In addition, there is environmental cleaning on board, high level filtration ventilation systems and luggage cleaning.

You can read the SailSafe plan here.

Coral Adventurer’s sister ship, Coral Geograher will be delivered next month and has a booked-out tour departing on her maiden voyage on 31 March 2021 exploring the top end off Broome, from Fremantle.

So, it looks like Covid safe, Aussie cruising is back!

This article as written by PA Sinclair