At that point we had discovered this much.

According to a record of Fremantle street names prepared by Miss K Caldwell for the WA Historical Society in 1931 – and included as appendix 9 to John K Ewers, The Western Gateway: A History of Fremantle (1971) –

Josephson, of McCleery & Josephson, who was said to be a Jew of high birth exiled from Russia for political reasons, built a row of three-storeyed houses in this street. In the very early days he kept a shop where the National Hotel now stands, but latterly his place of business was in Cliff Street.

The firm of McCleery & Josephson was in existence in the nineties as general merchants in premises which are still standing next door to the old New South Wales building in Cliff Street. John McCleery, who was the son of a Belfast surgeon and died in 1911, owned land near the street named after him in Beaconsfield.

In a paper recalling early Jewish immigrants to Fremantle, which you can find on Fremantle Stuff, the late Eric Silbert, whose father ‘Barney’ Silbert established Barney Silbert’s shoe store in the centre of Fremantle, recalled this of Josephson –

The next person is Abraham Moise Josephson, and of course we have a Josephson Street which comes off High Street, beyond Market and just before Parry He was a well known business man and a keen Freemason, which was very important in those days. He made bed ends. The story is that there was a ship which came into Fremantle with a cargo of material used for making mattresses. The cargo had caught alight and someone suggested to Josephson it would be a smart idea if he bought it as it was going for a song. He was making beds, why not the jute to make mattresses? And I believe that was the start of Joyce Bros, the well-known West Australian bedding manufacturers. So Mr Josephson was another early personality.

Since posting that piece, we have had the great good fortune to speak with John Marsden who, as it transpires, is the great grandson of Mr Josephson and an authority on his great grandfather’s life and times, especially here in Fremantle in the late 19th century. And as it also transpires, Mr Josephson’s story is far more colourful and impressive than one could have possibly imagined.

To put the story is a very summary form – you will need to listen to our podcast interview below with John Marsden for the full story – Abraham Moise Josephson arrived in Fremantle from modern Lithuania, via London, in 1863 at around the tender age of 30, and not entirely of his own choosing.

By the time he was in his 50s, however, he was very much a mover and shaker in the still infant, pre-goldrush Colony of Western Australia, trading in this and that, including pearls, engaging in land development, and travelling to and fro Europe in the course of his business.

Here is a good photograph of Mr Josephson, probably from around the time of his Australian marriage. 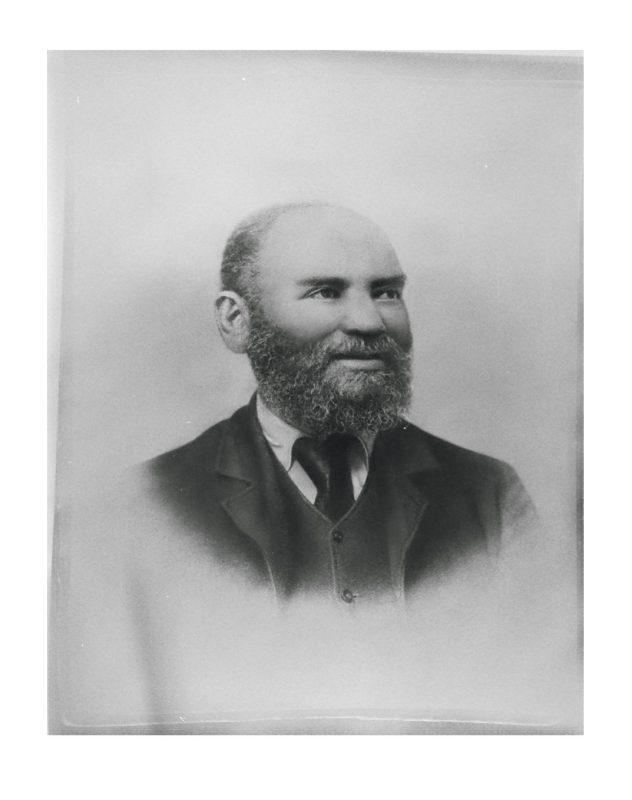 And here’s a lovely photograph of his daughter Naomi from around 1902 when she was 21. 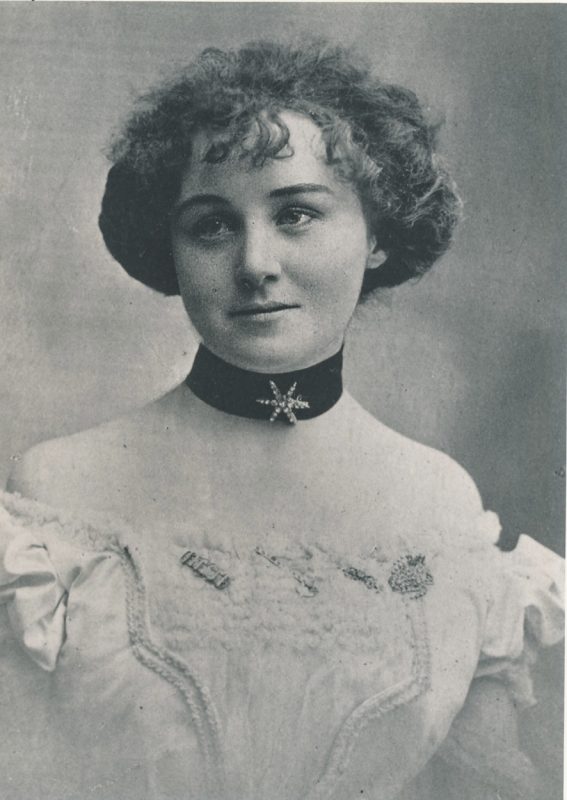 And here’s a couple pages from the old Sunday Times, which on the second page refers to Mr Josephson and his business colleagues. 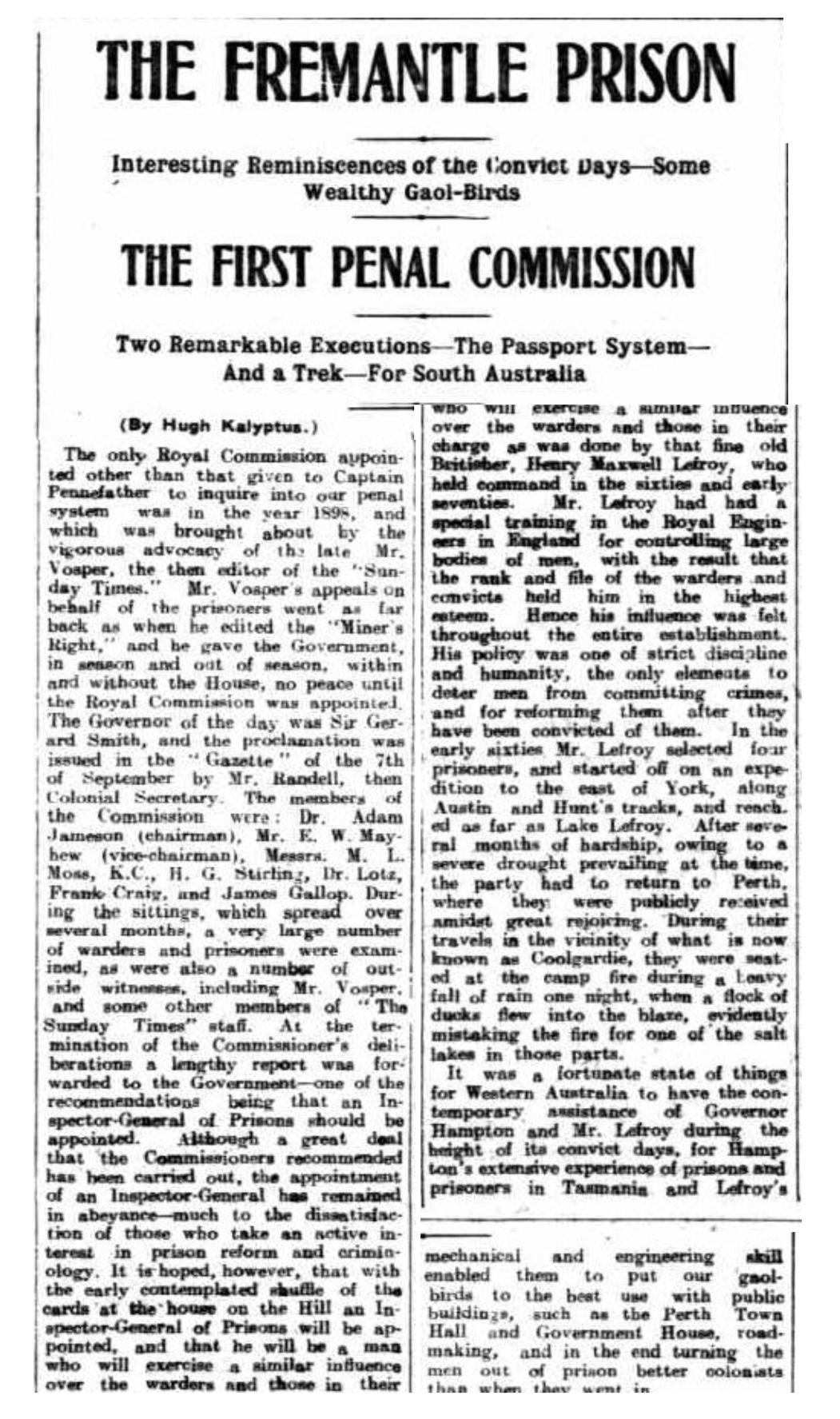 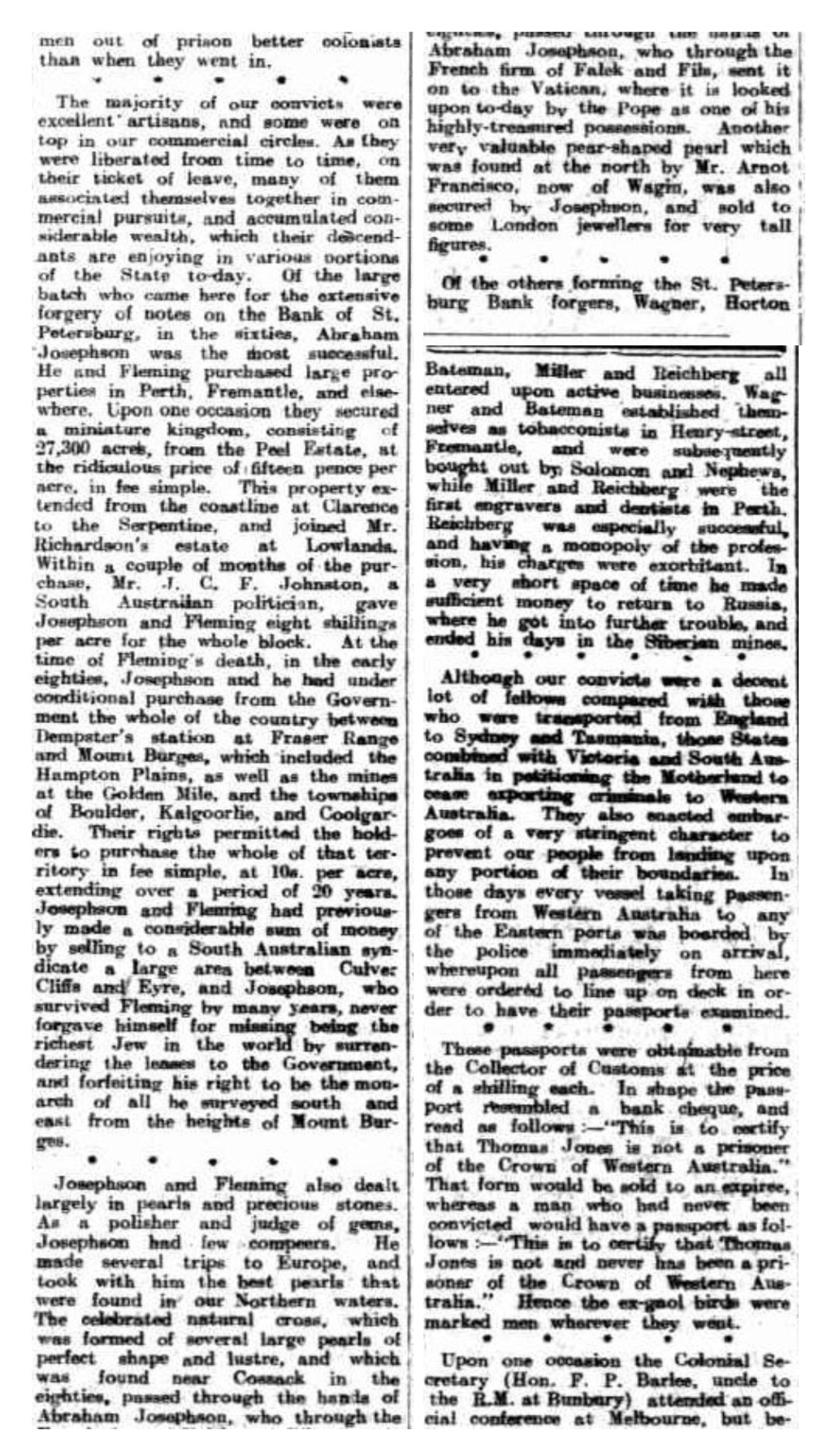 As to the Park Hotel, designed for Josephson by Talbot Hobbs, at the corner Parry and Ellen Streets, Fremantle see Fremantle Stuff.

John Marsden kindly agreed to explain to our editor, Michael Barker, what he has learned about his great grandfather. It’s a great story. Here’s the podcast interview. Sit back and enjoy! 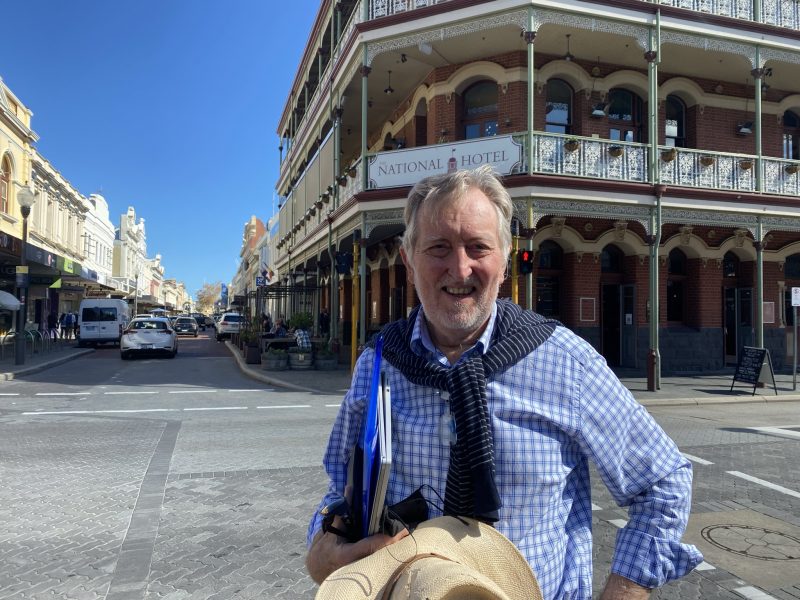 John Marsden outside the National Hotel, Fremantle the site of his Great Grandfather’s first business venture at the corner of Market and High Streets