Discussions over the future of the Old Traffic Bridge, its removal, the location of a replacement bridge, and the future planning of the Port and the Leighton area has been bubbling along without clear resolution for many months, as readers of the Fremantle Shipping News are well aware. 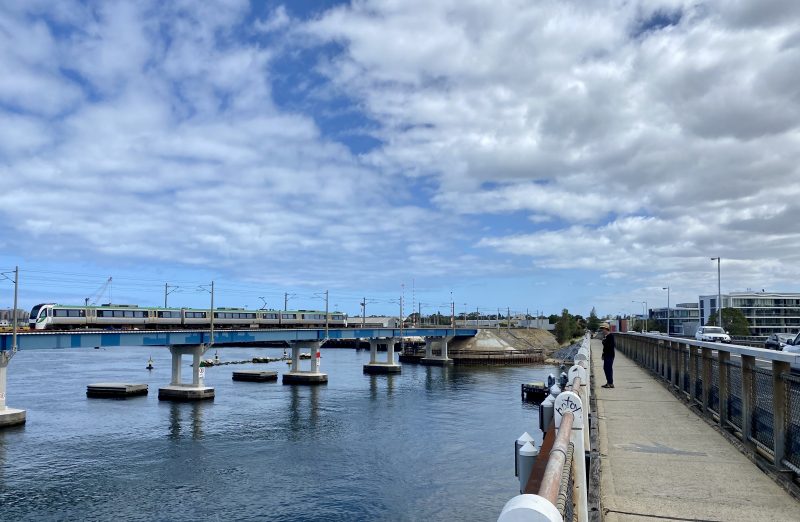 Here are The Better Bridge Papers which give you an excellent account of the issues of concern to the Freo community.

Before the State election, the Minister for Transport, Rita Saffioti and the Commonwealth Government agreed on the appointment of a Fremantle Bridges Alliance of engineers (Arup, Laing O’Rourke, WSP and MRWA), to further plan the new traffic bridge, guided by feedback from the community.

Now the election is over, the next step in the bridge planning process has just been announced. It is to be a forum in Fremantle on 4 May 2021 organised by the Fremantle Bridges Alliance of experts. A range of people has been invited, including community representatives. The agenda for the forum, however, hasn’t yet been circulated.

The Fremantle Better Bridge Alliance (FBBA), which represents the combined views of the Better Bridge and North Fremantle Community Association campaigns, and which Fremantle Shipping News supports, has now called for a proper and meaningful consultation concerning the future of the Swan River road and rail crossings to occur at the forum.

The FBBA says consultation can only be meaningful if the forum considers the future of the crossings in its broader planning context, including its place in the regional transport network and its role in a post-Container Port future.

“This is a project of regional, indeed state-wide significance. As such it warrants no less than a fully comprehensive agenda. This is not a simple question of east or west of the Traffic Bridge. Meaningful consultation must include the following:
• Recognising the critical importance of the bridges in a regional context and of finding solutions that will enhance, and not hamper, creative planning for the future of the region.
• An investigation of crossing points westward of the present rail bridge.
• The effect of the Outer Harbour container port currently under consideration on the North Fremantle supply chain infrastructure needs.
• Testing the justification for a dedicated rail freight bridge under different scenarios based on predicted growth rates and the timing of a winding down of the North Fremantle Container Port.
• An assessment of opportunities to improve the efficiency of current operations (road and rail) in order to avoid further massive investment in supply-chain infrastructure.
• The social and environmental impact of existing transport practices (road and rail).
• Giving weight to the expressed desire of the community to recognise and retain to the greatest possible extent an expression of the heritage values of the Fremantle Traffic Bridge.
• Assessment of the impacts on the existing community/residents of North Bank of an eastward alignment.”

“Though the FBBA includes an impressive range of people with the expertise in all of the relevant disciplines, including planning, architecture, engineering and transport, we do not propose to enter the next consultations armed with a fistful of ‘solutions’. Our intention is to engage constructively with government experts in finding solutions that satisfy immediate demands but lay a foundation for creative community building now and into the future.”

We will report on the forum after 4 May.

Let’s hope that after all this time we see real progress on plans for a bridge that are truly guided by feedback from the Fremantle community, as the politicians promised.