On 8 November 1991, just 30 years ago, the convict-built Fremantle Prison was officially decommissioned as a maximum-security prison, as it was considered unfit for modern needs.

On Monday afternoon, between 1.30 and 6pm, the Prison threw open its gates to the public. 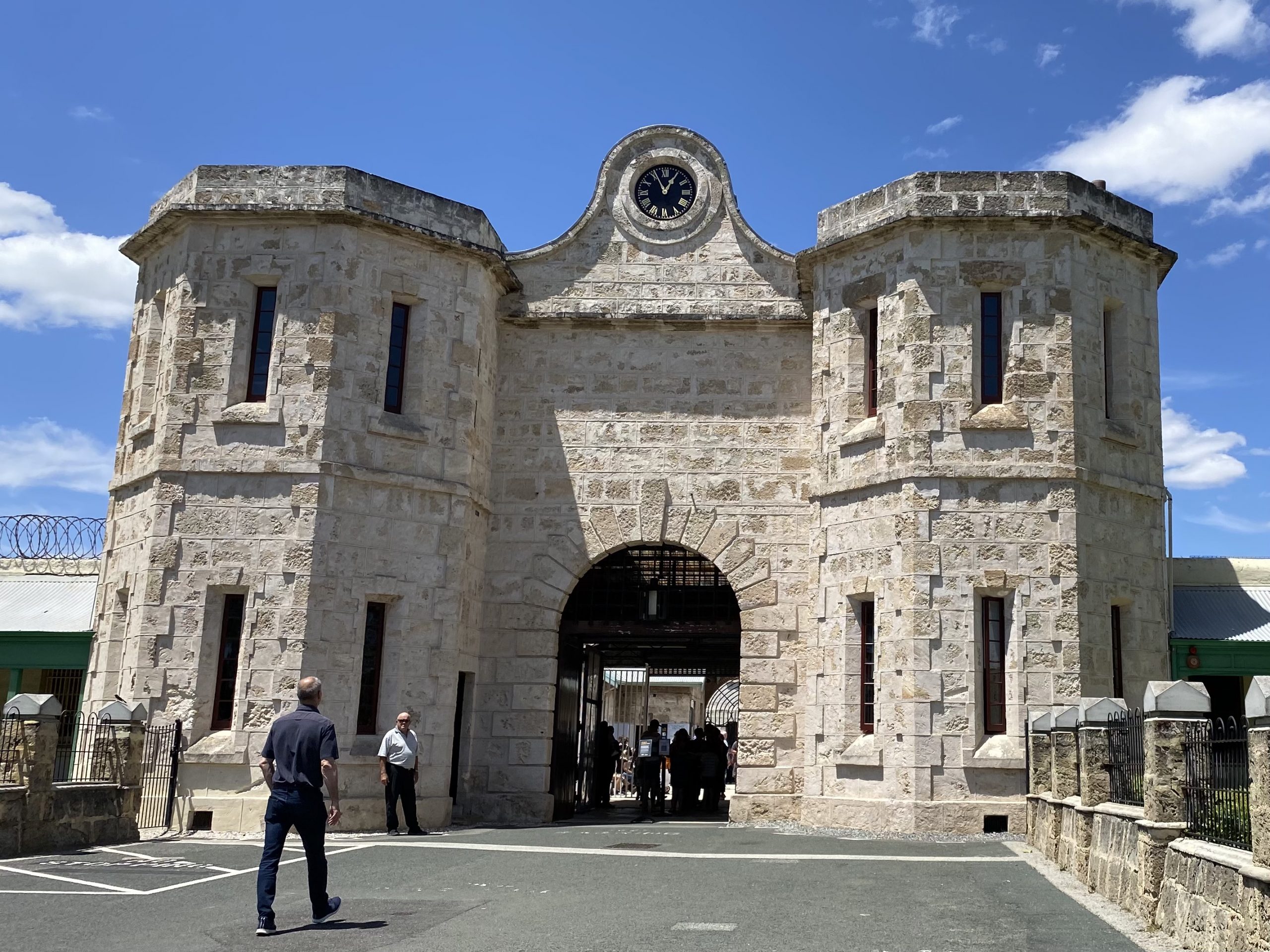 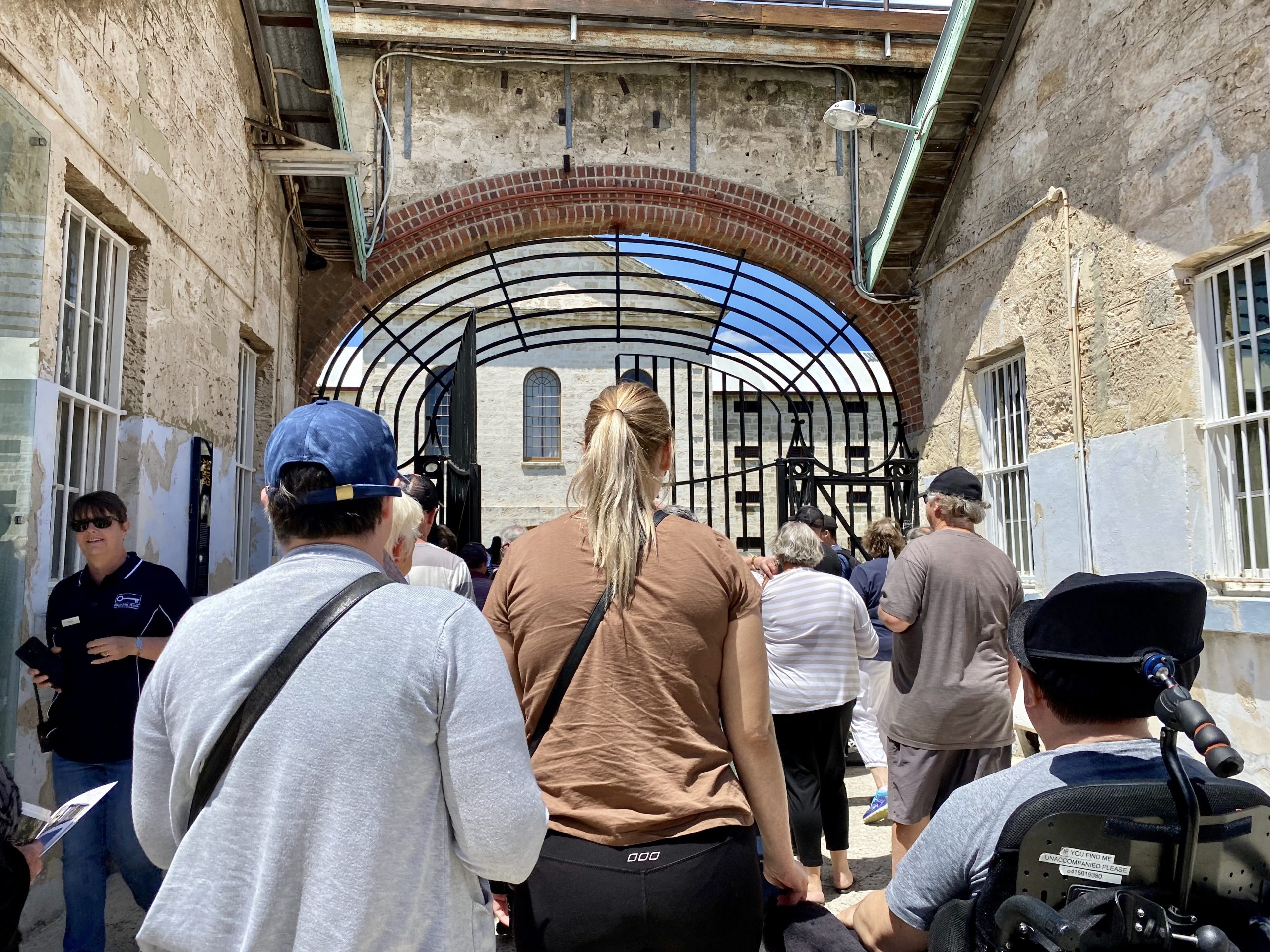 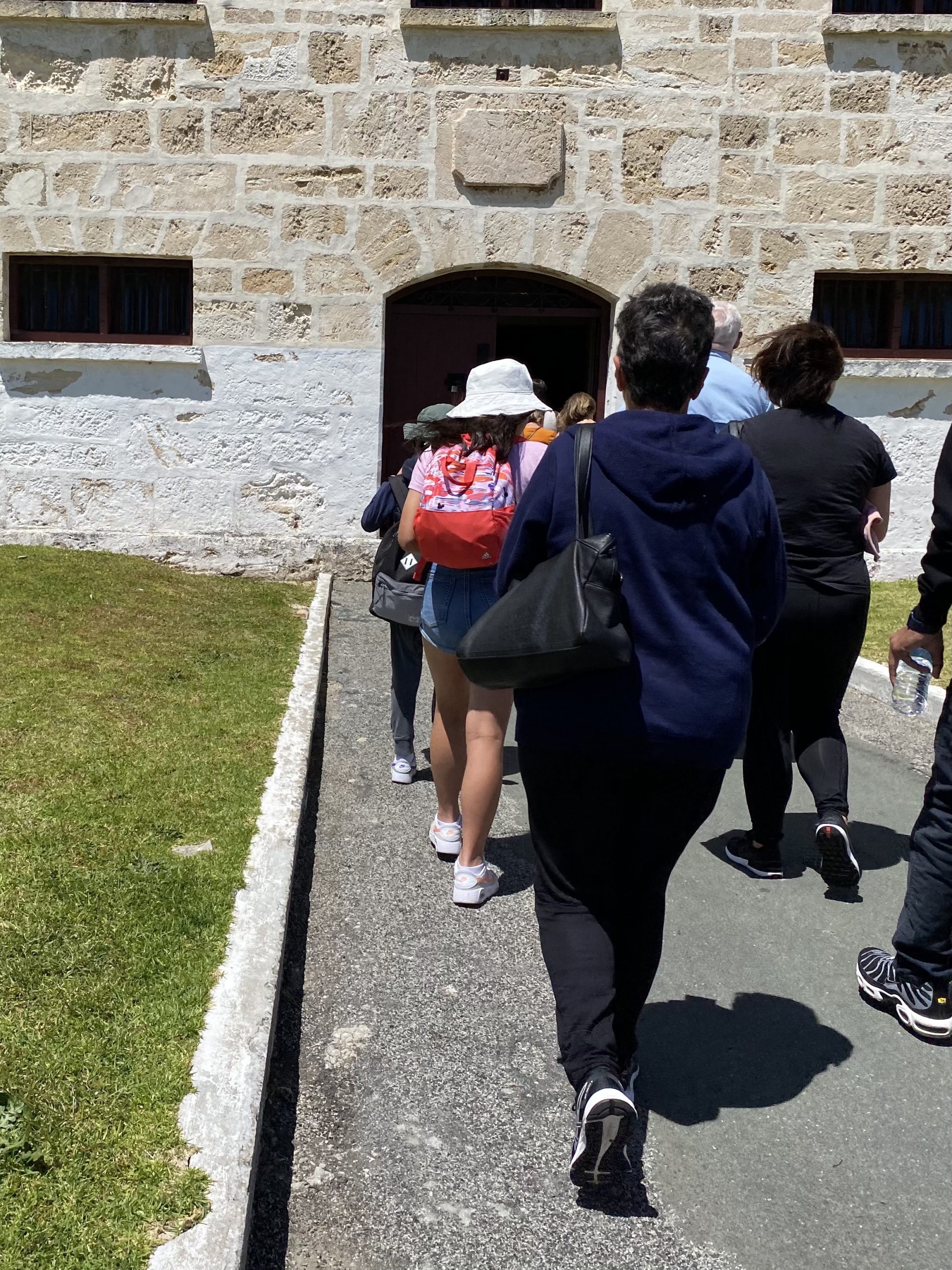 Visitors were able to explore the World Heritage site and the history of the site’s conservation activities free of charge.

Fremantle Prison: 30 Years Unlocked is an exhibition that commemorates the historic venue’s achievements since closing as an operating prison.

A traditional smoking ceremony kicked off events at 1pm. The public then explored the ground floor of the Main Cell Block, exercise yards and solitary confinement block. 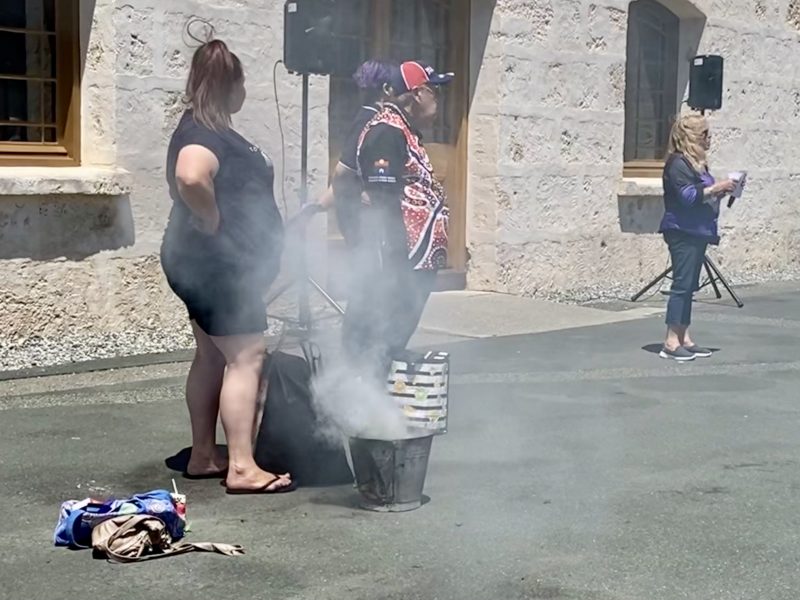 Prison cells changed quite a bit over the Prison’s 136 years. Between 1852-1860, single cells in the Convict Establishment measured 1.2 metres by 2.1 metres. Cells were lit with oil lamps. There was a hammock, a bible and a toilet bucket.

Later on, simple metal-framed beds with a mattress and pillow replaced the hammocks. 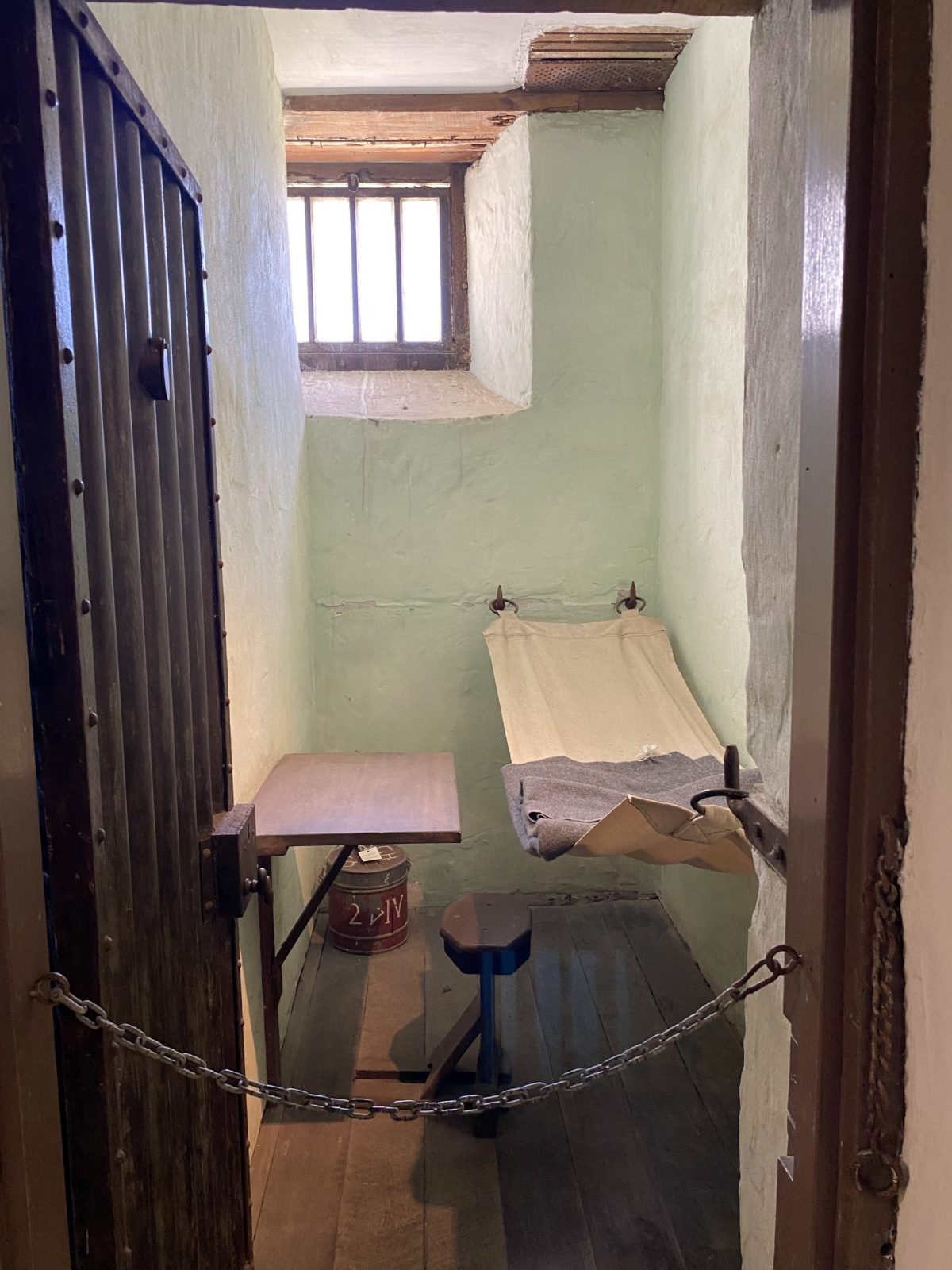 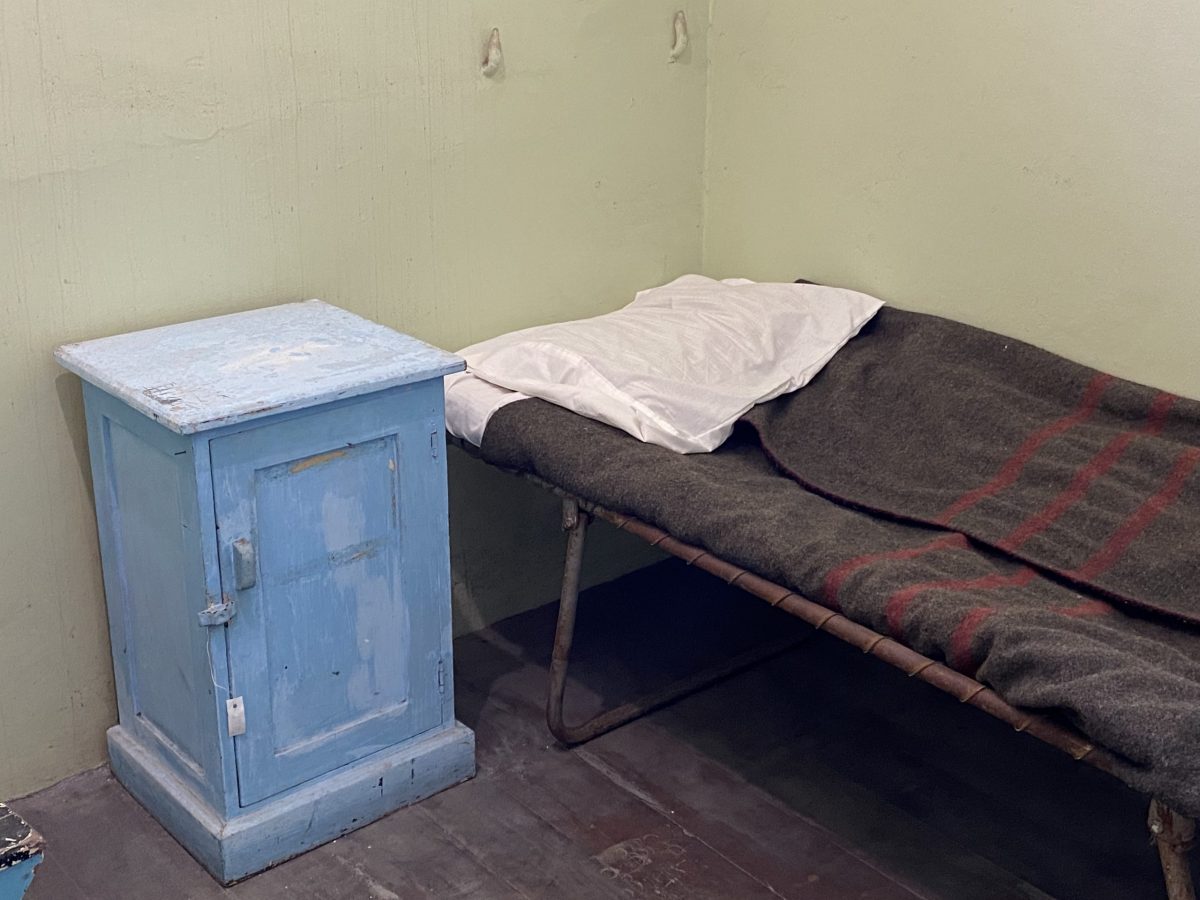 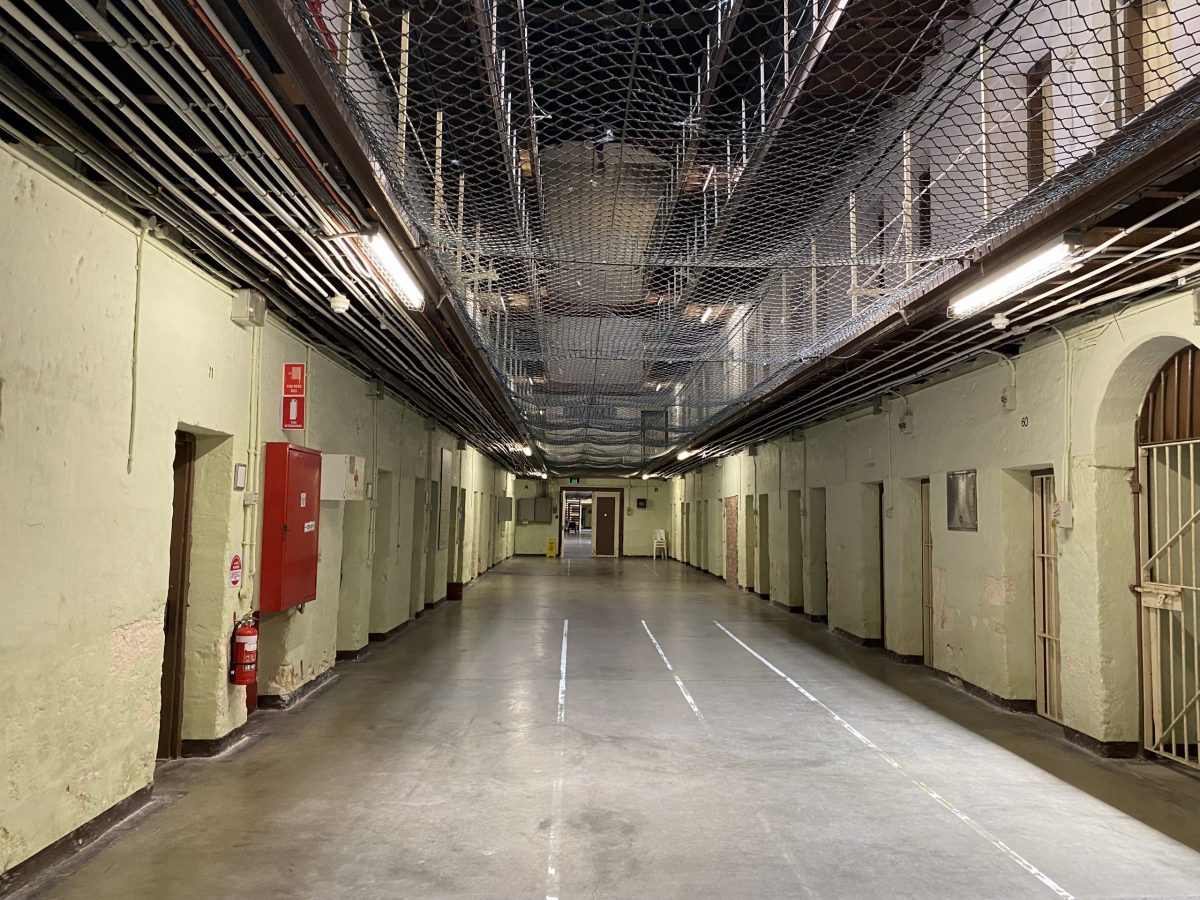 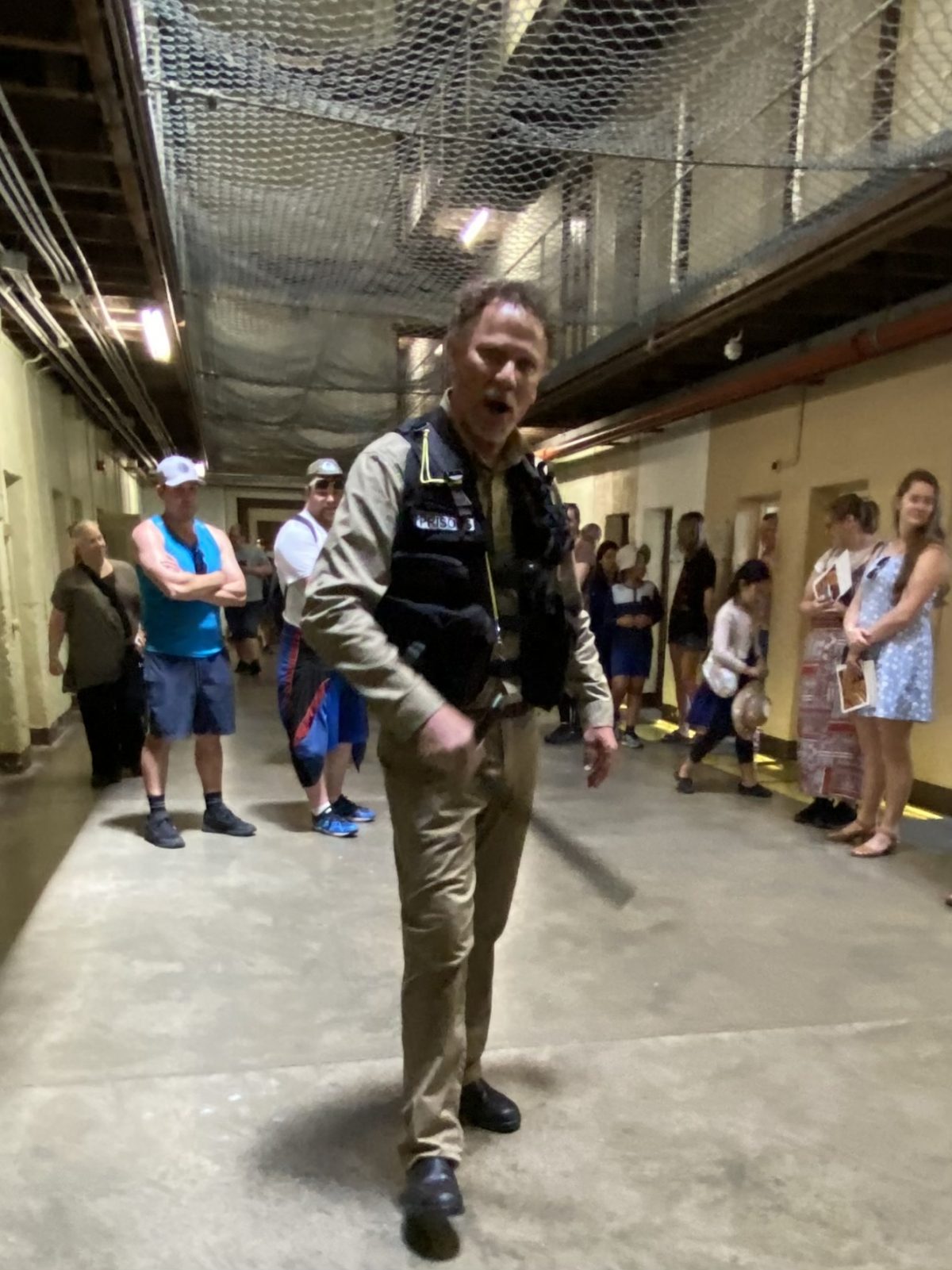 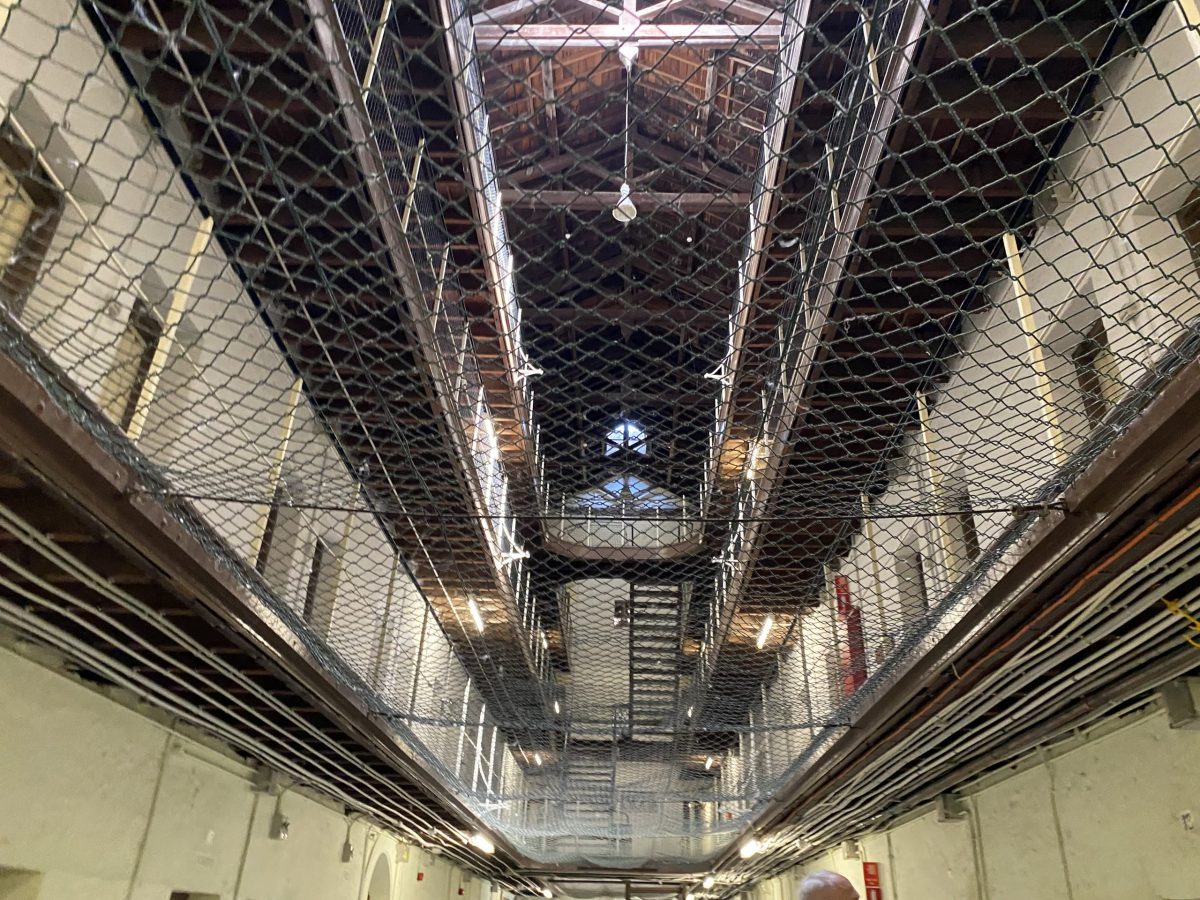 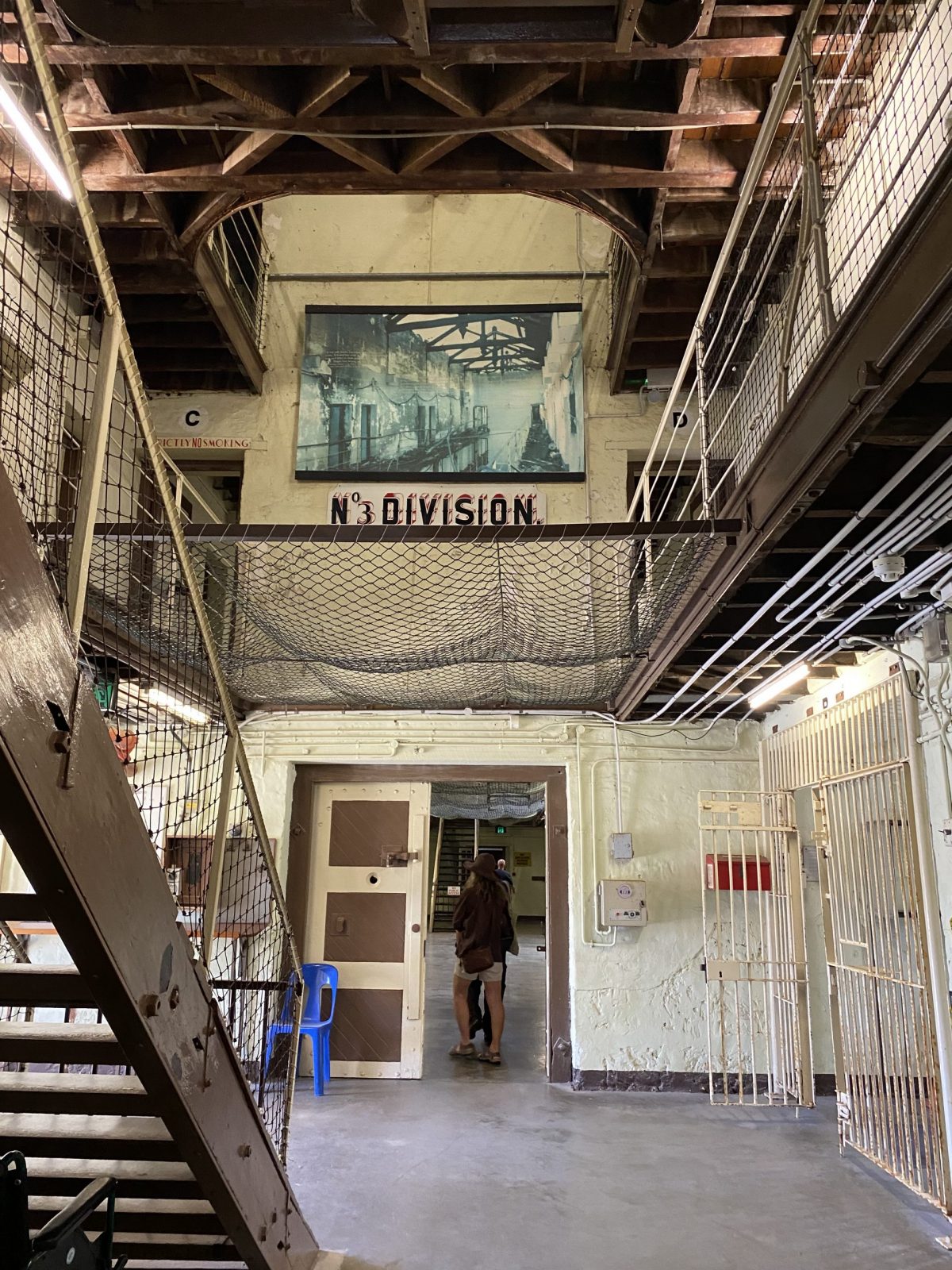 Fremantle Prison was notorious for the poor conditions endured by prisoners and officers alike.

The prison was a place of hangings, floggings, dramatic escapes and riots.

During WW 2, the Prison was requisitioned by the Australian Army and used a military prison.

The suicide net is still in place as is the barbed wire.

There is lots of amazing prison art on the walls of cells and in the exercise yard.

The prison vegetable garden is flourishing and now supplies fresh vegetables to St Pat’s in Fremantle. 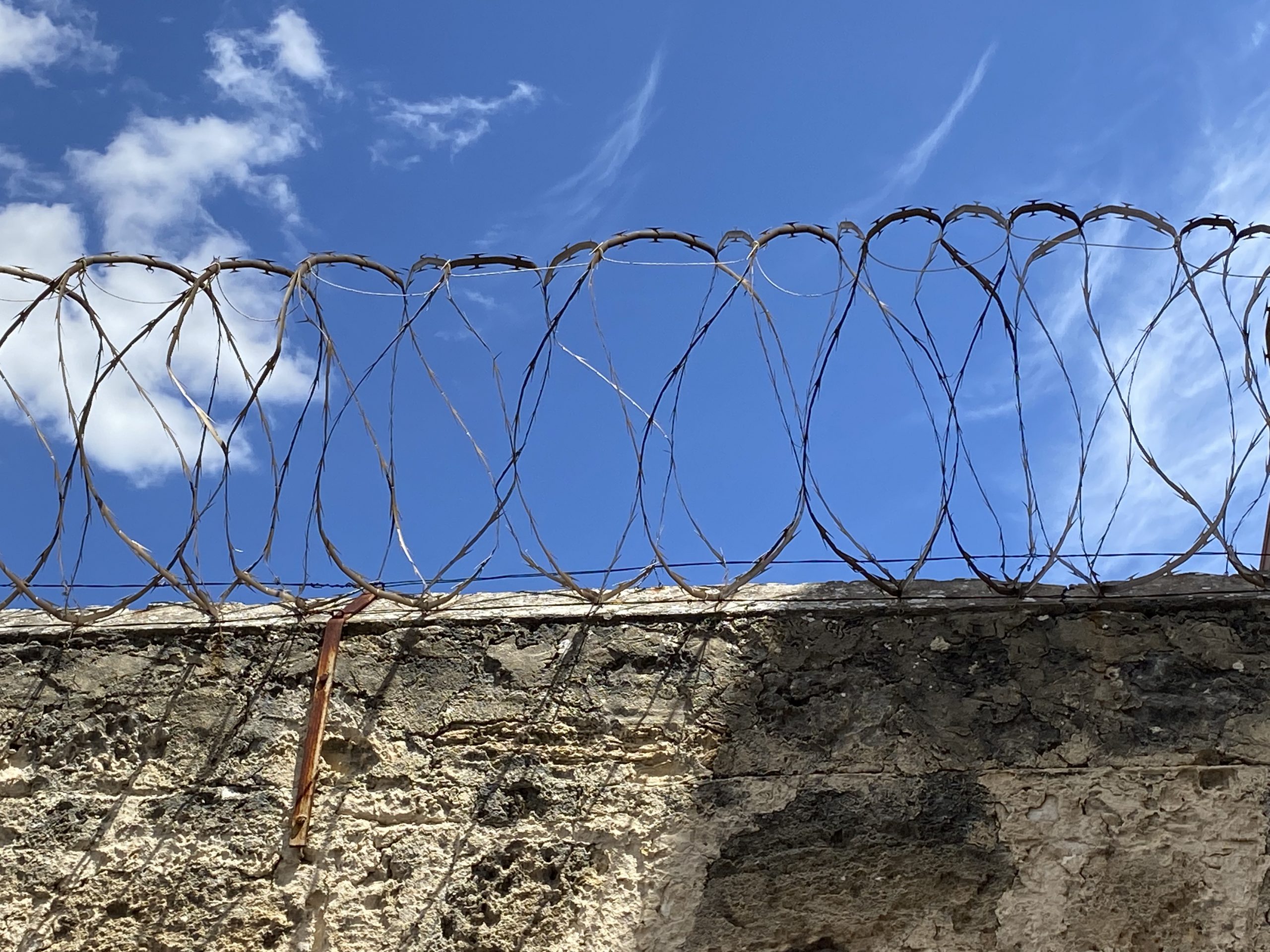 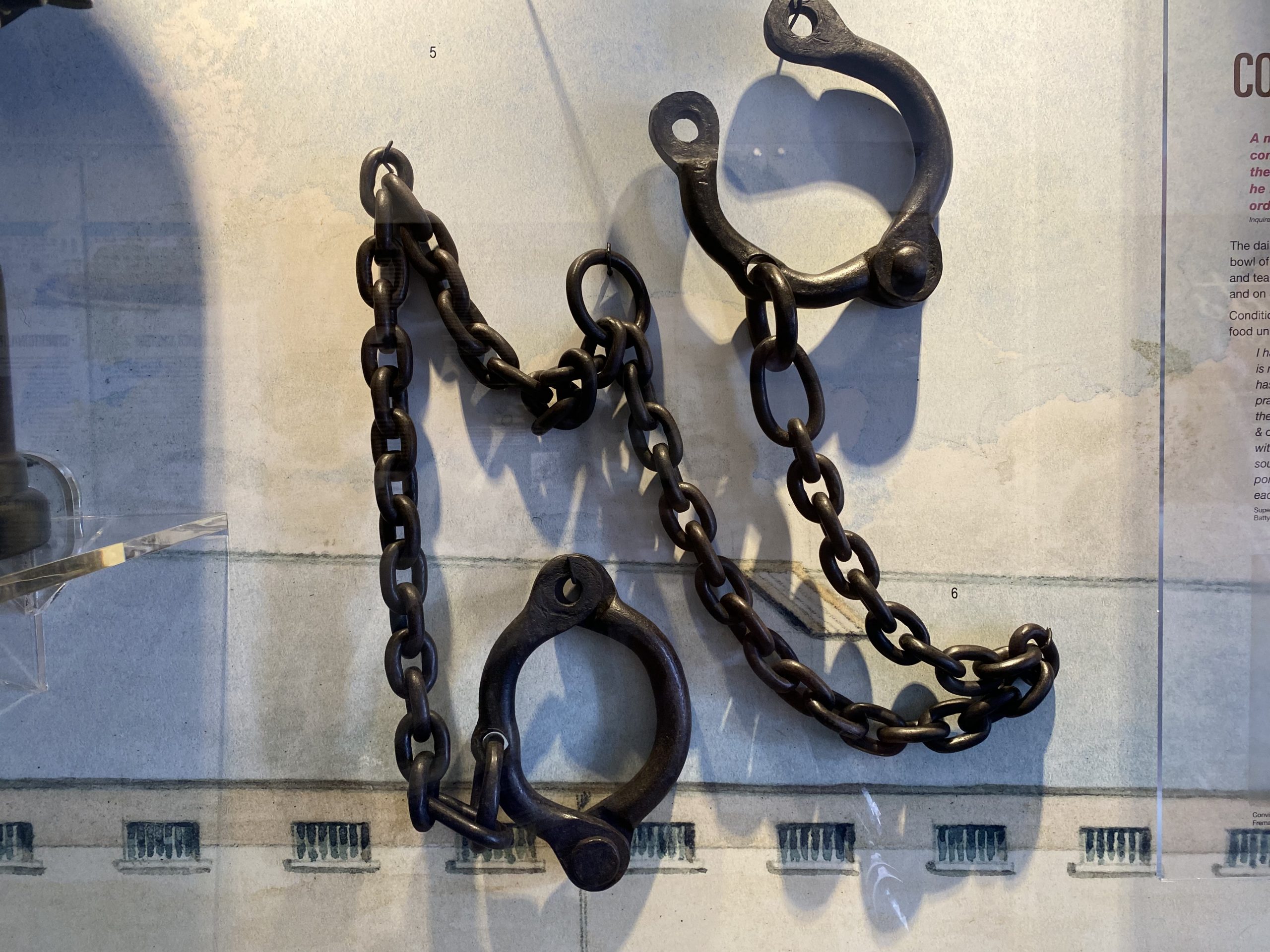 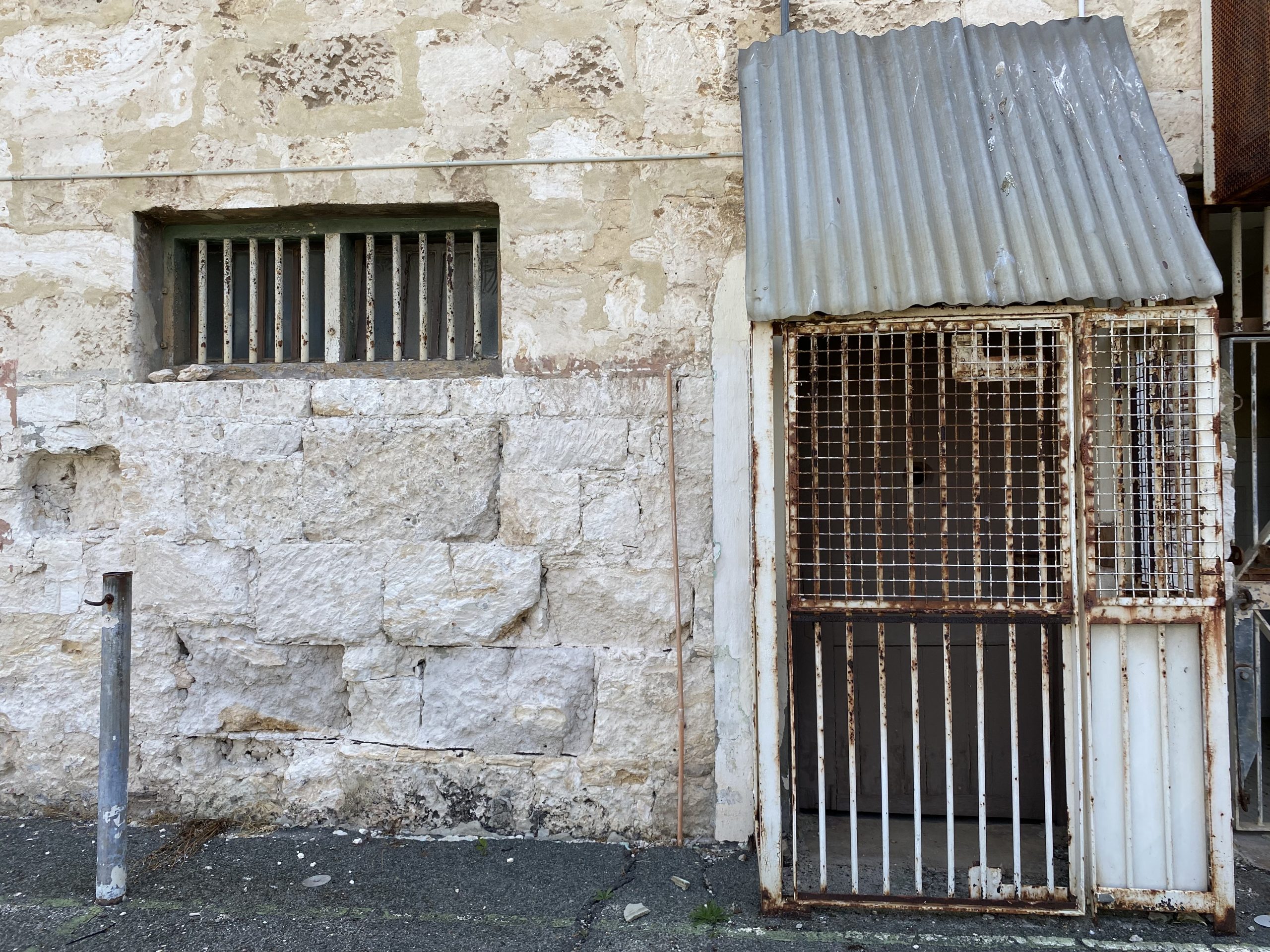 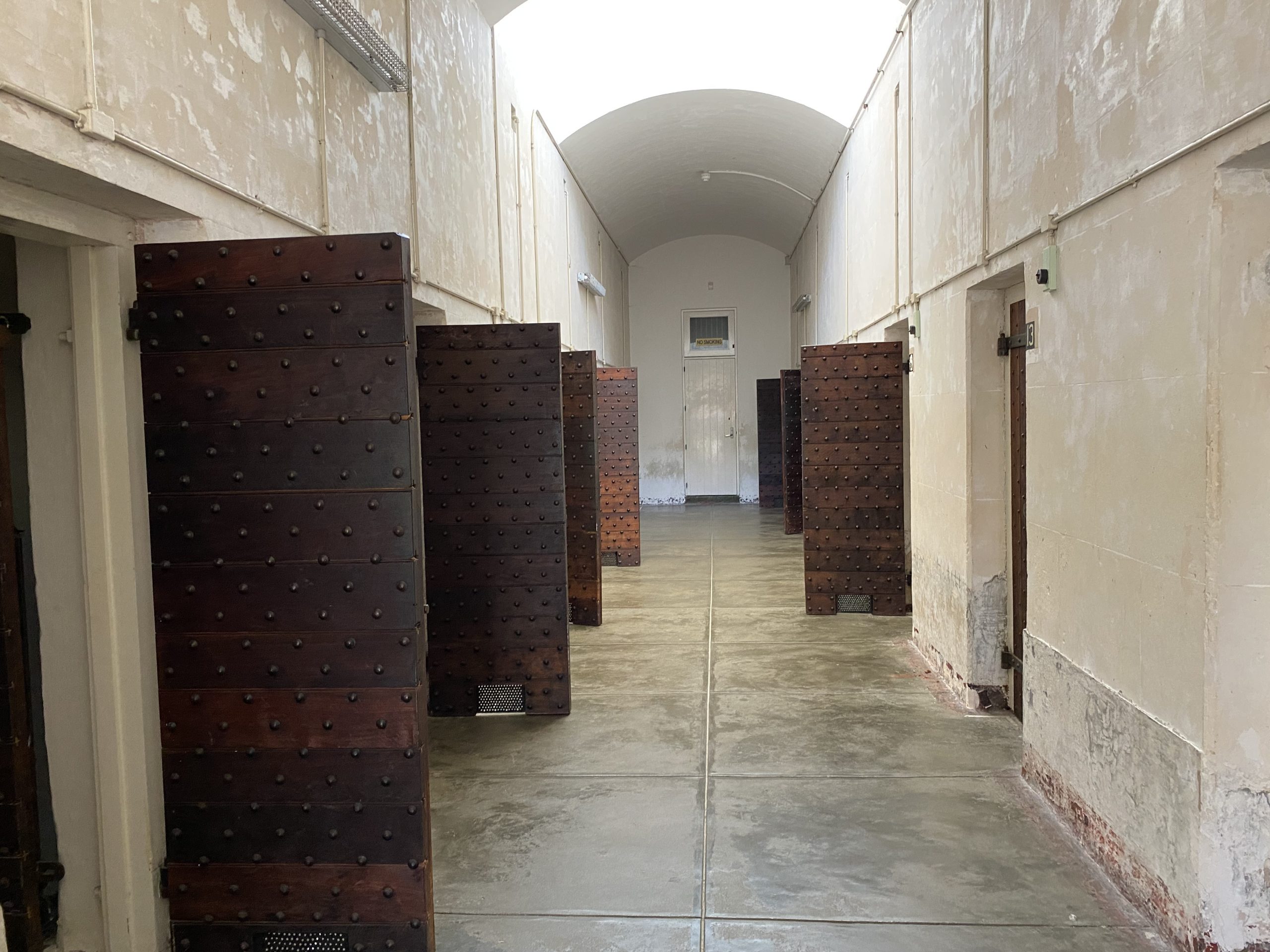 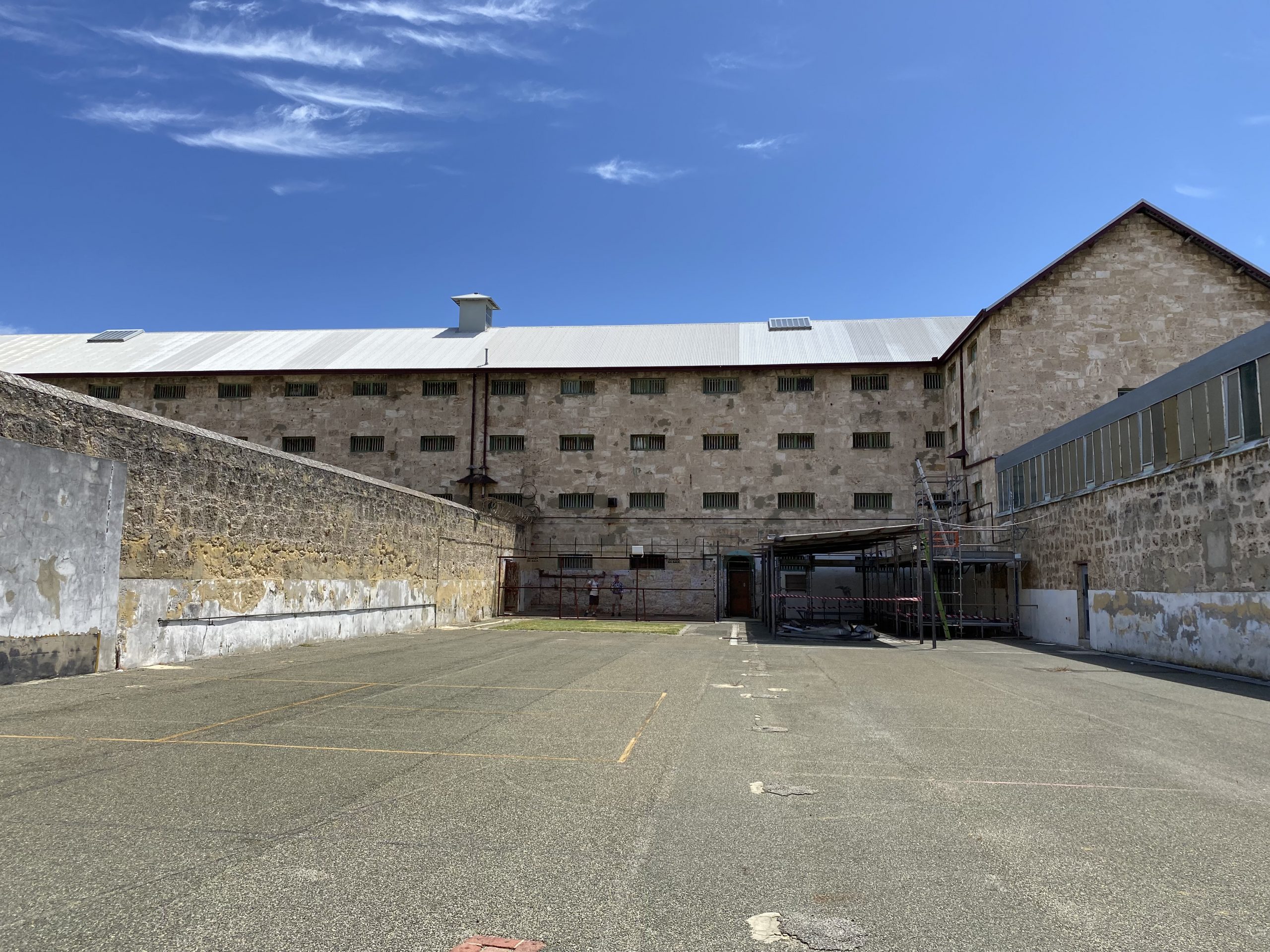 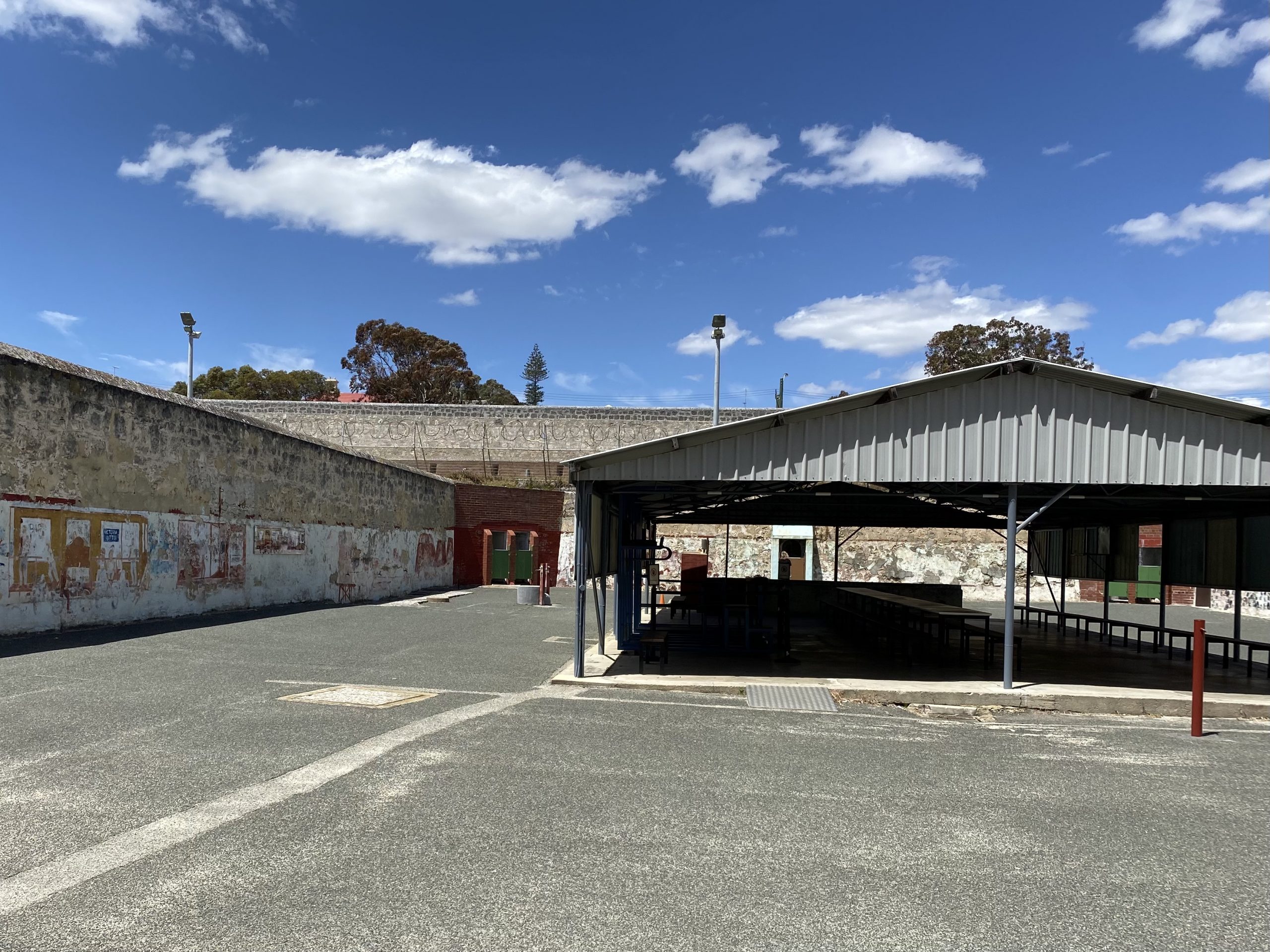 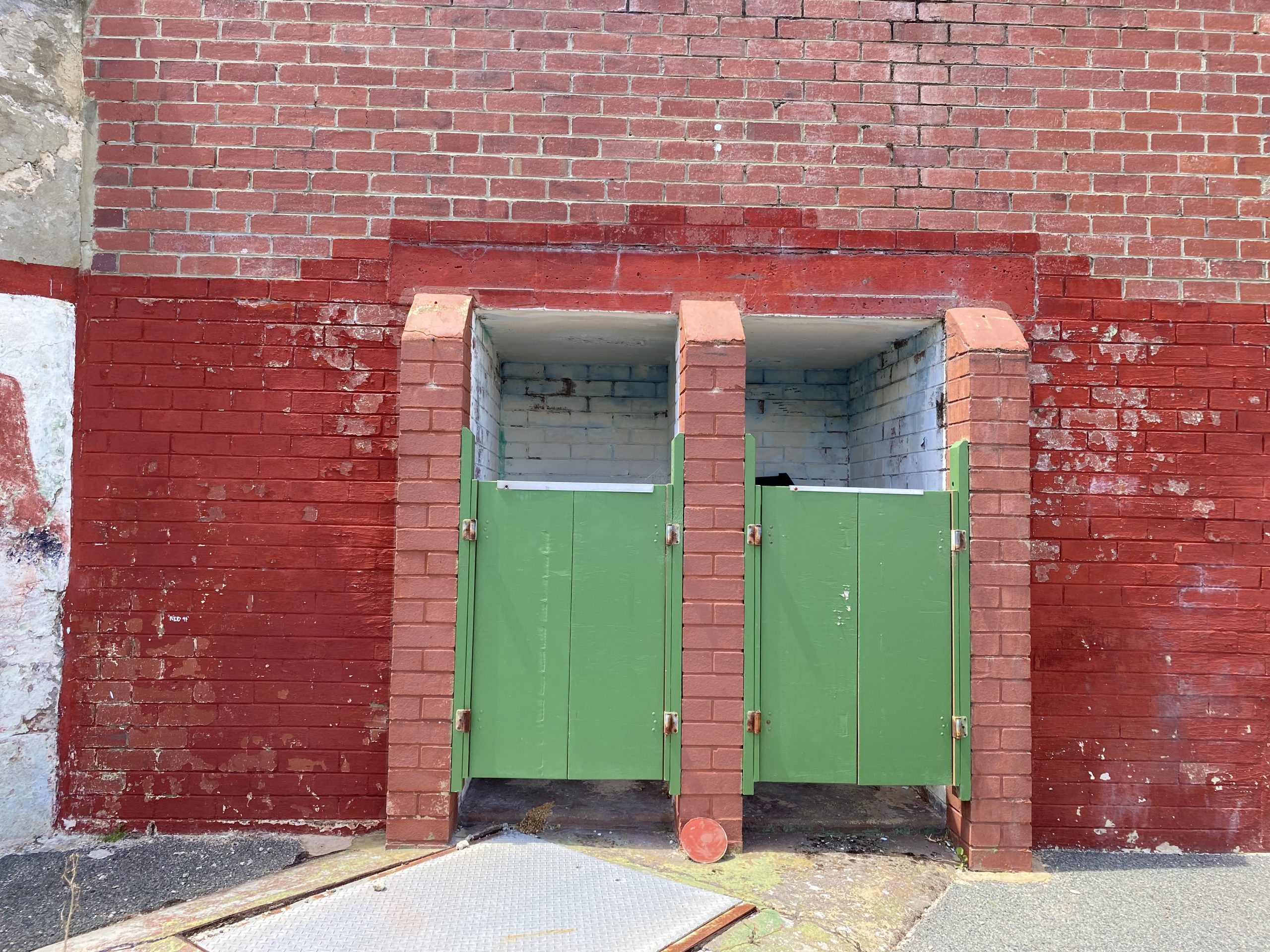 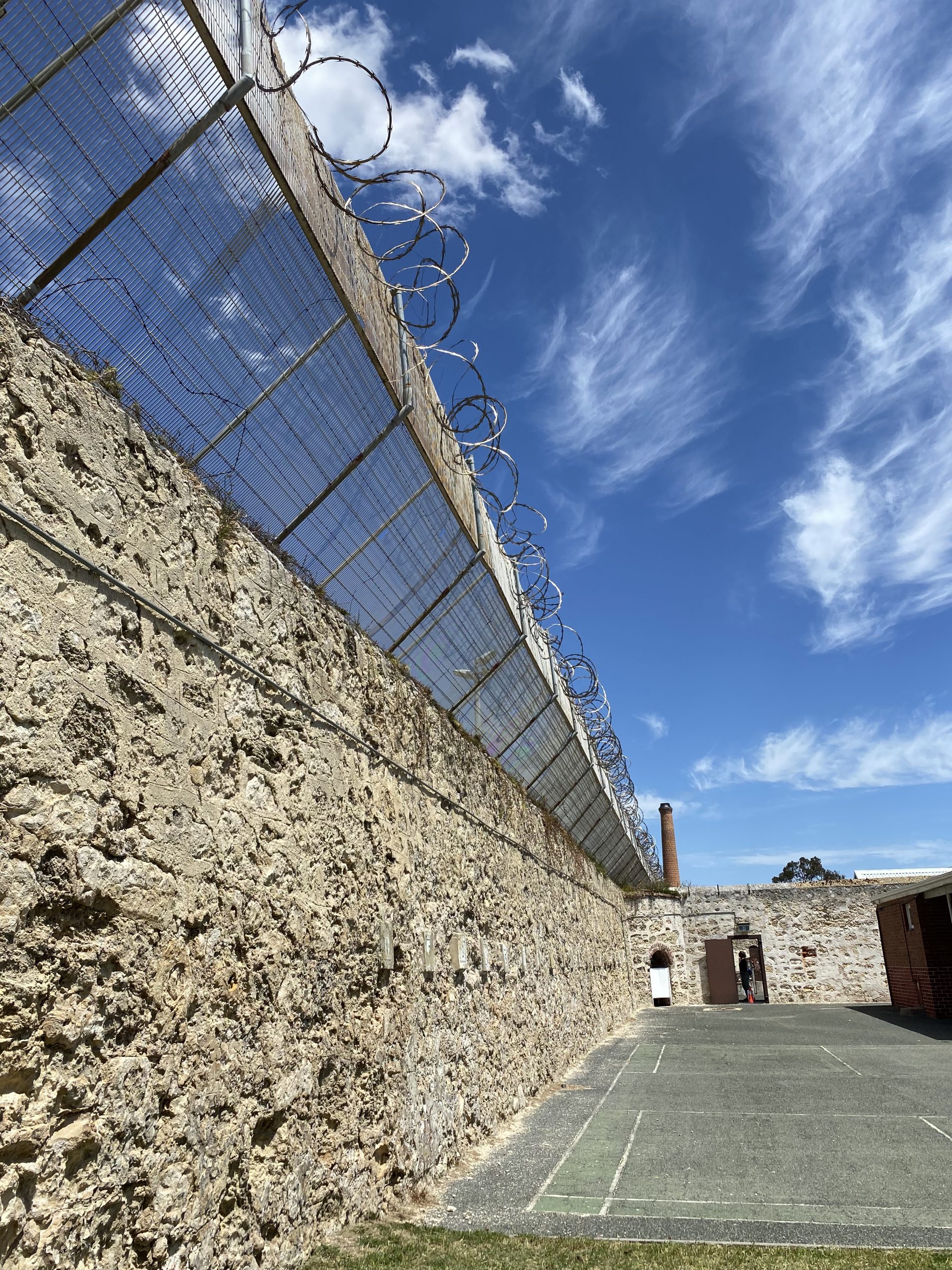 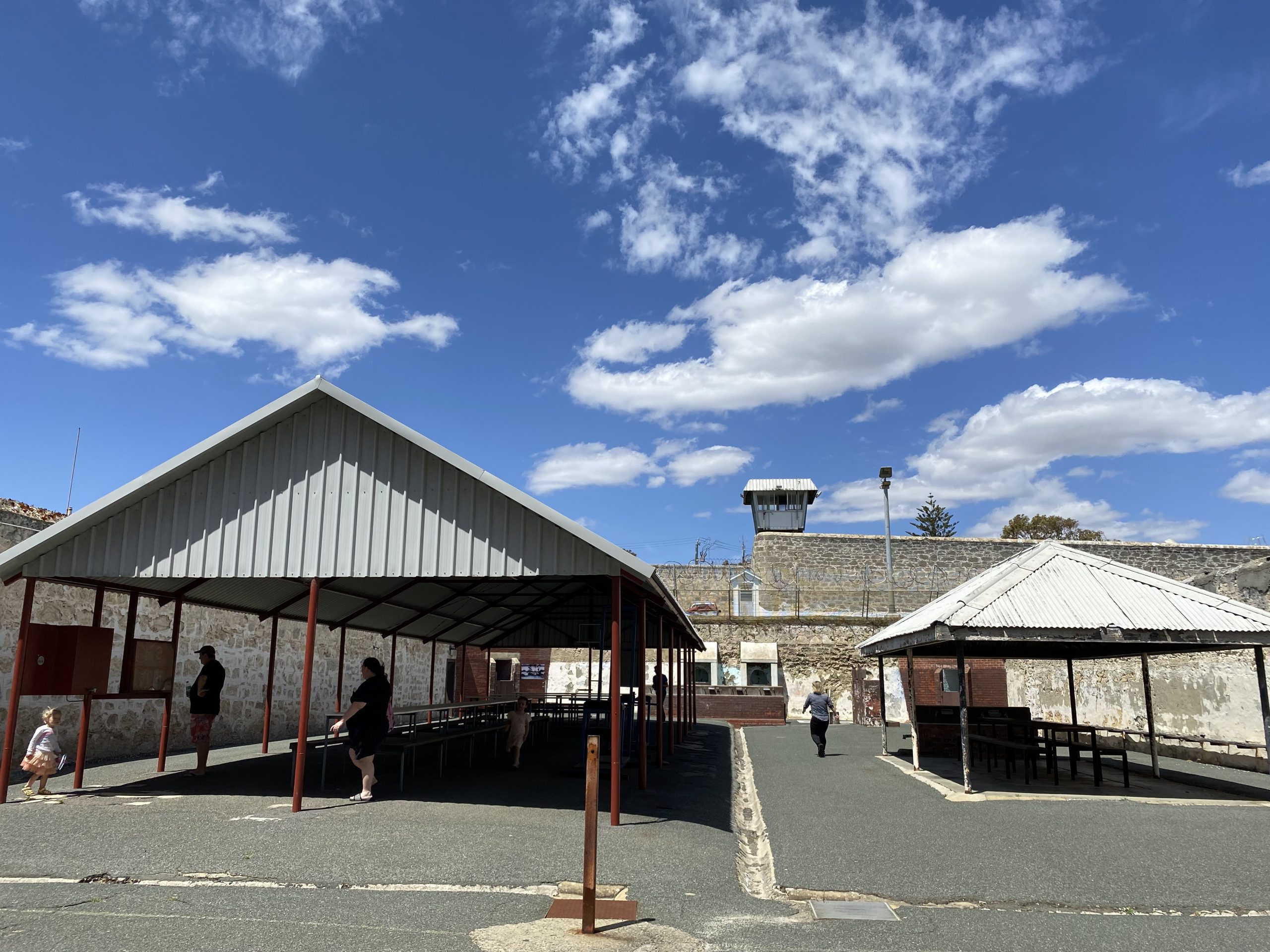 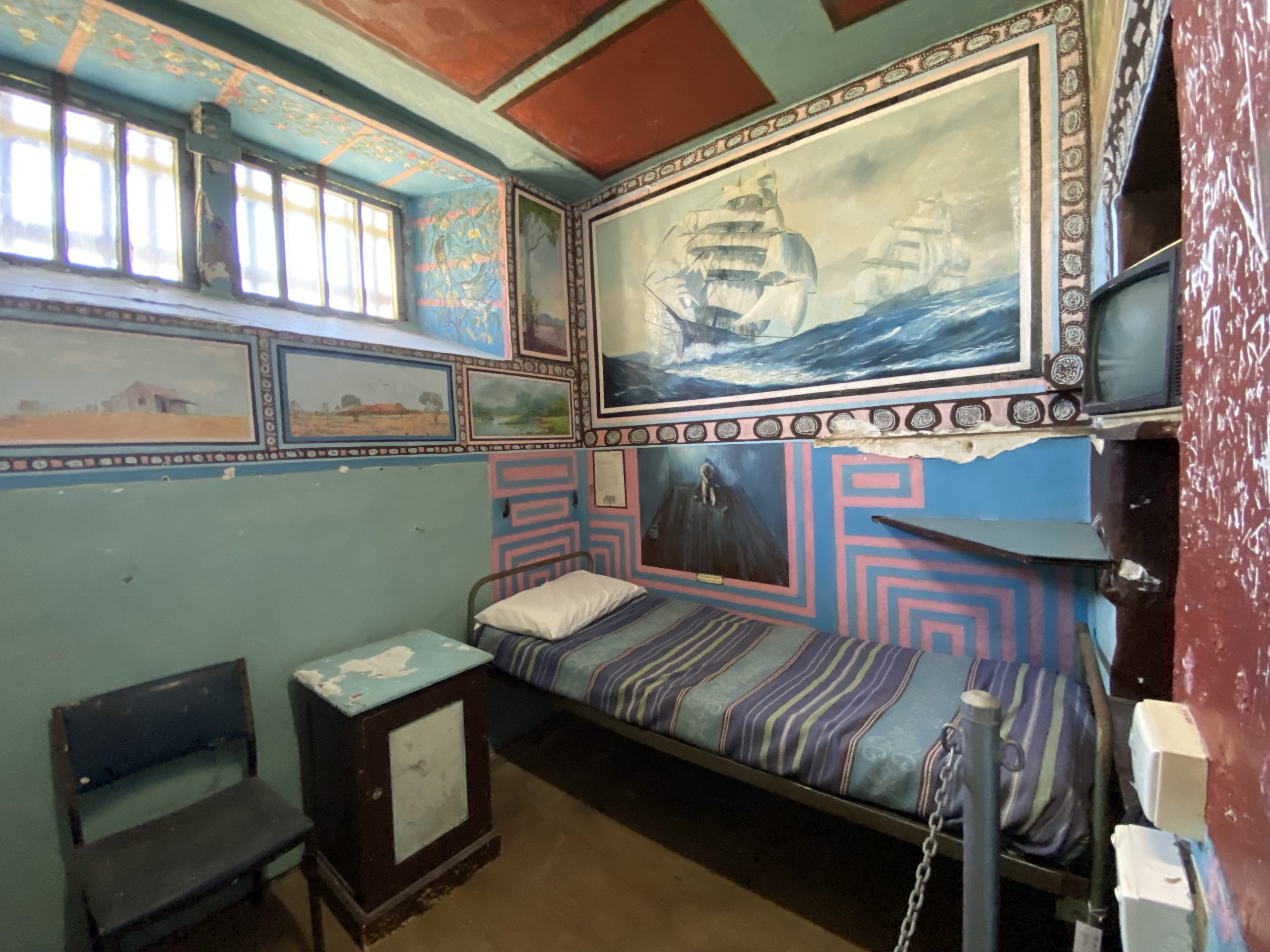 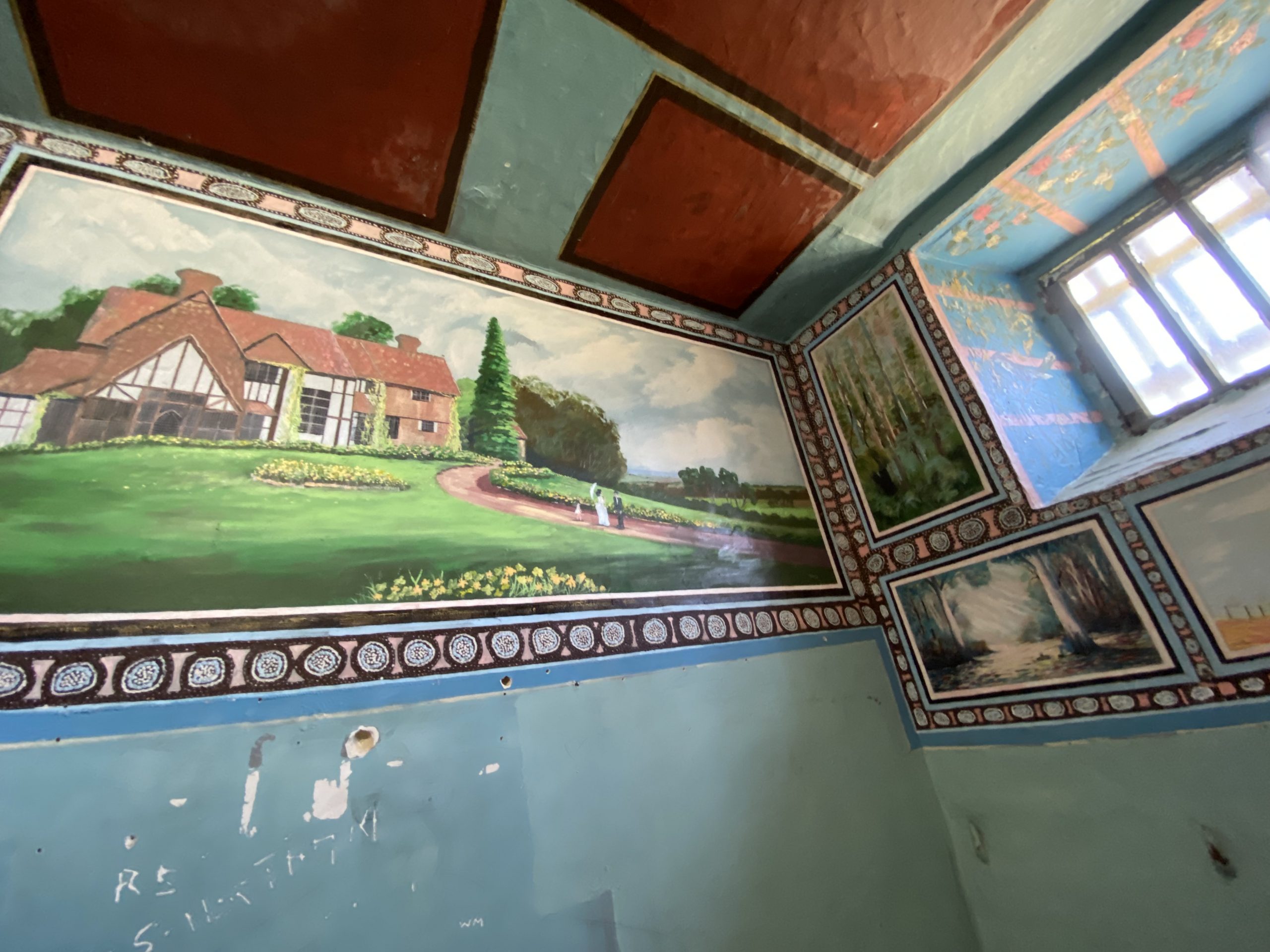 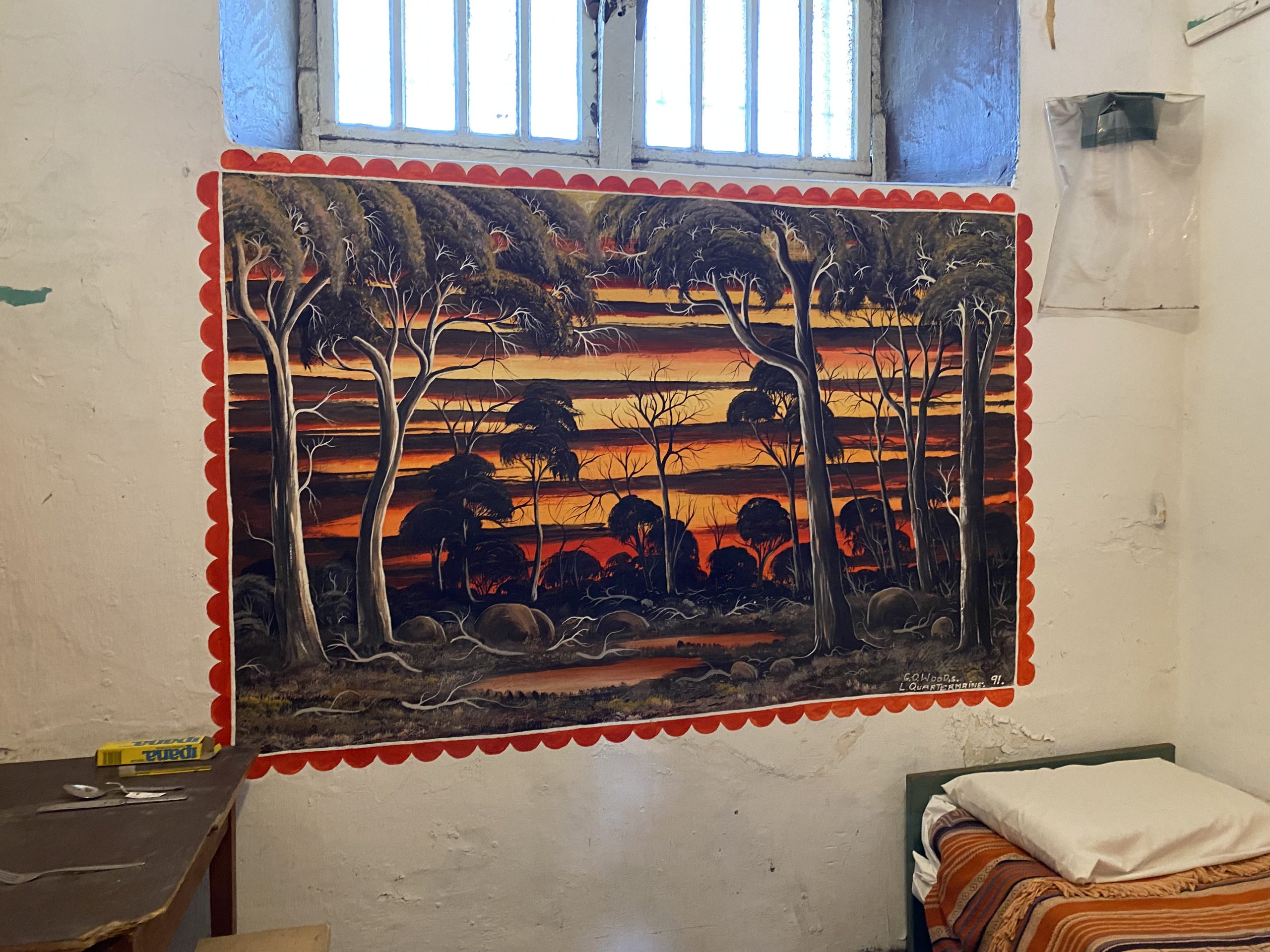 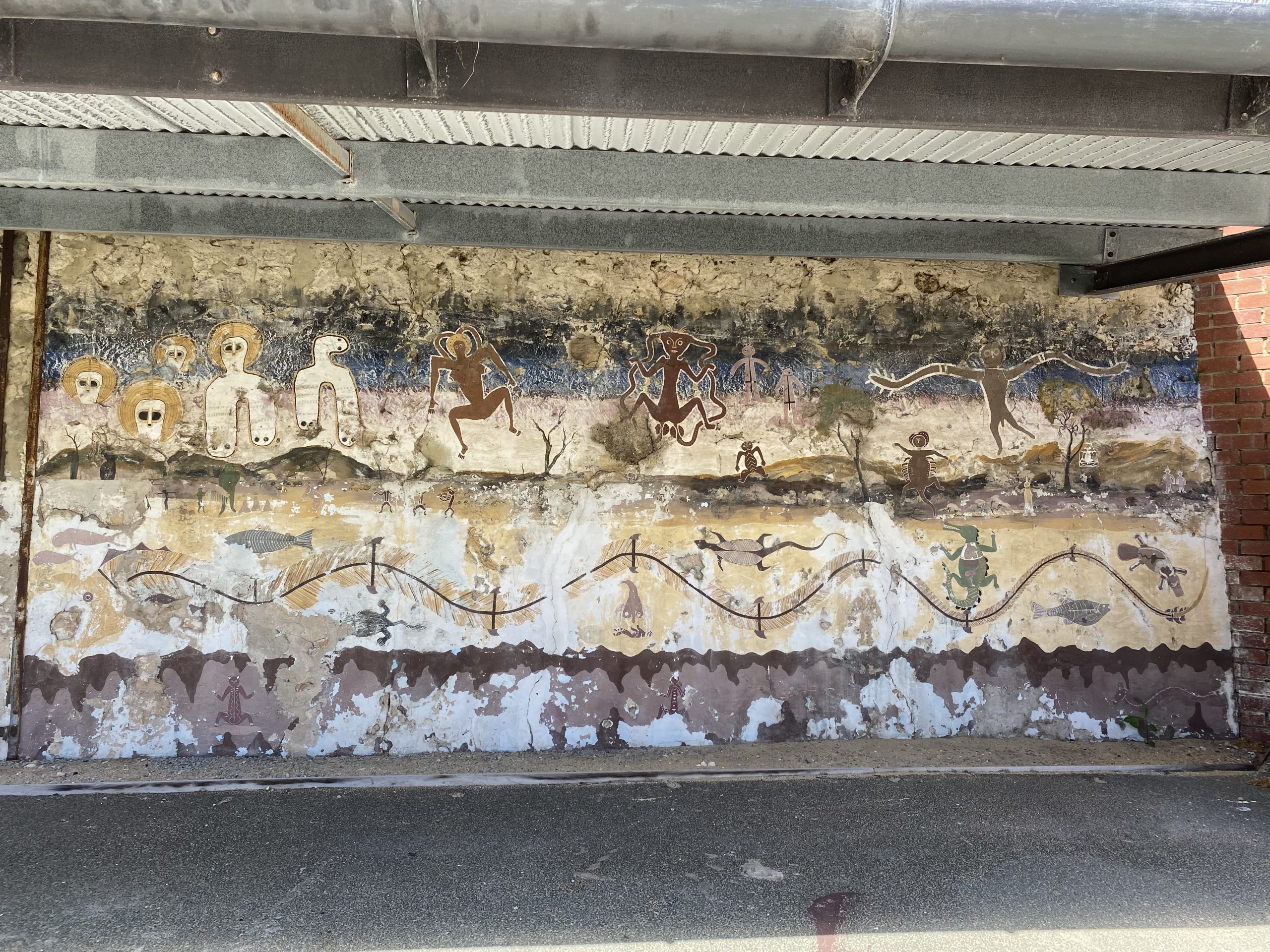 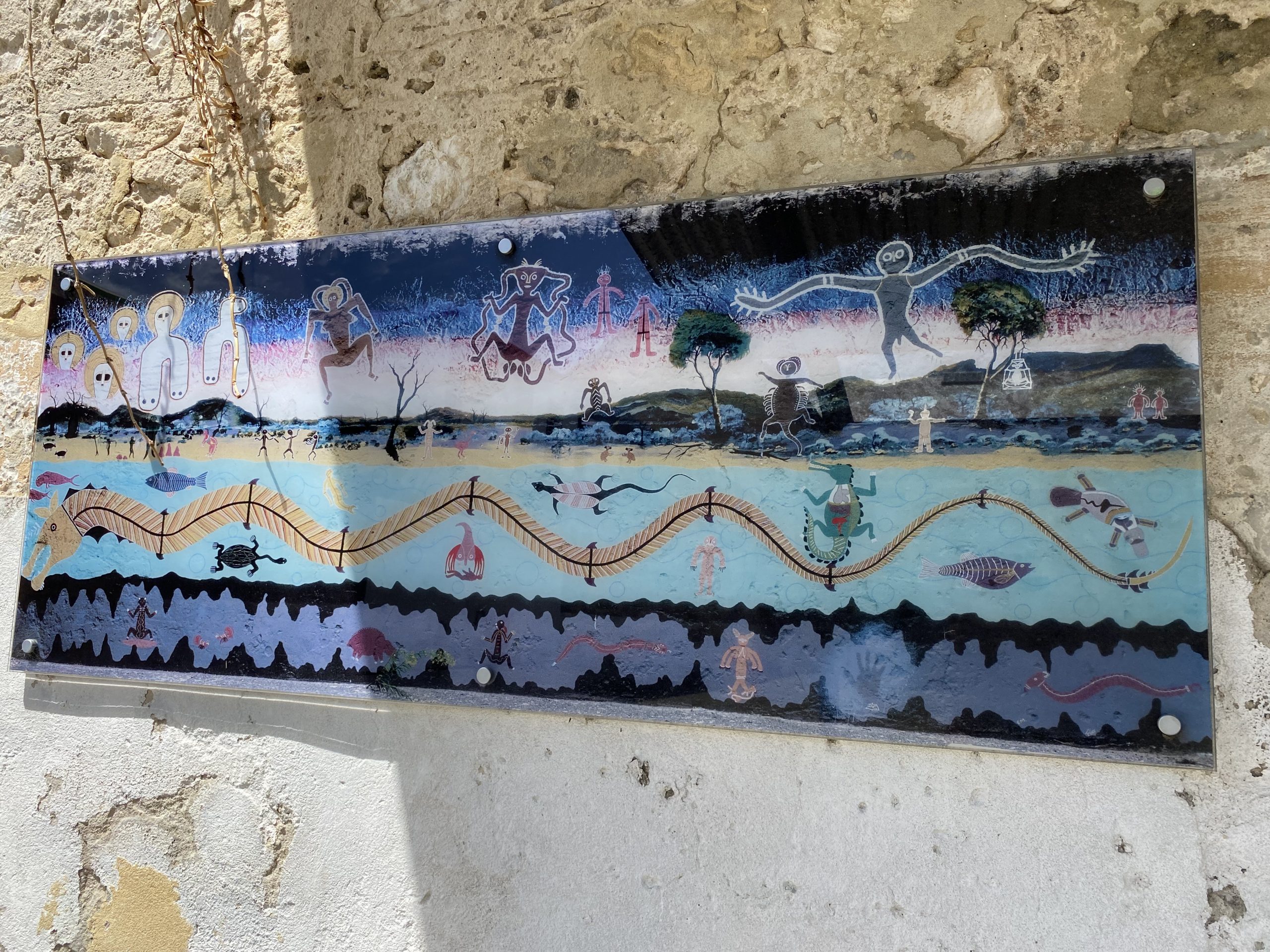 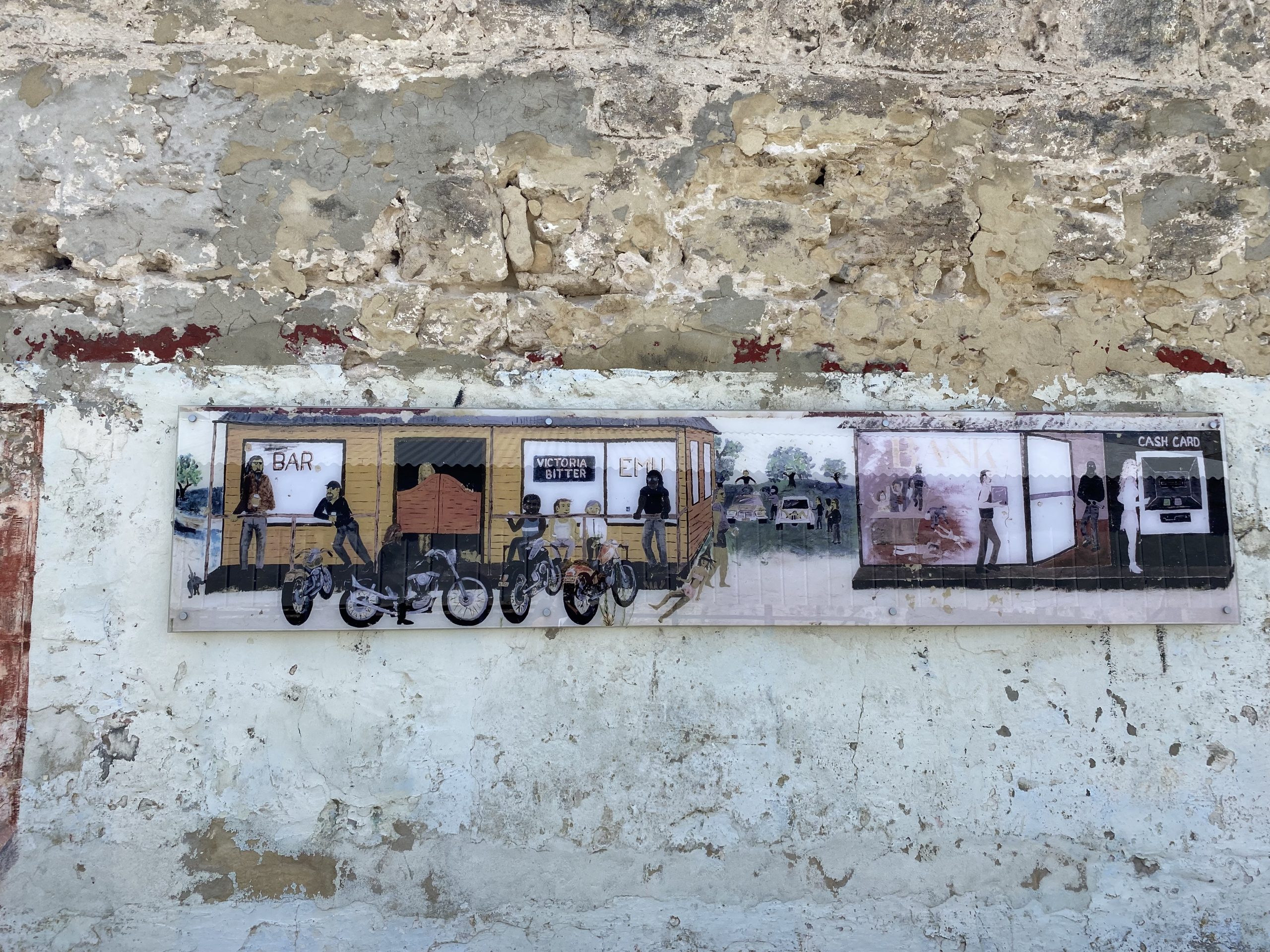 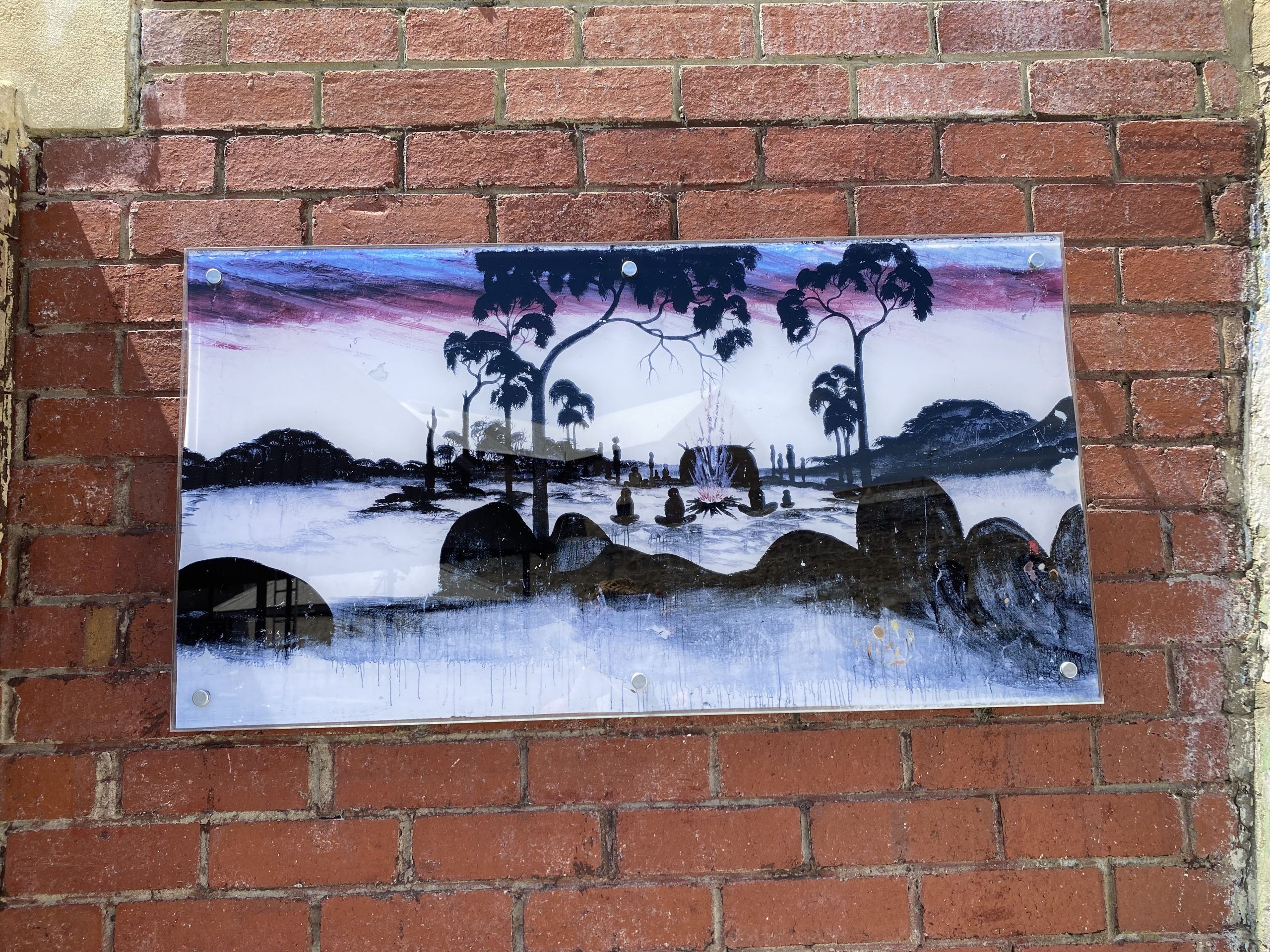 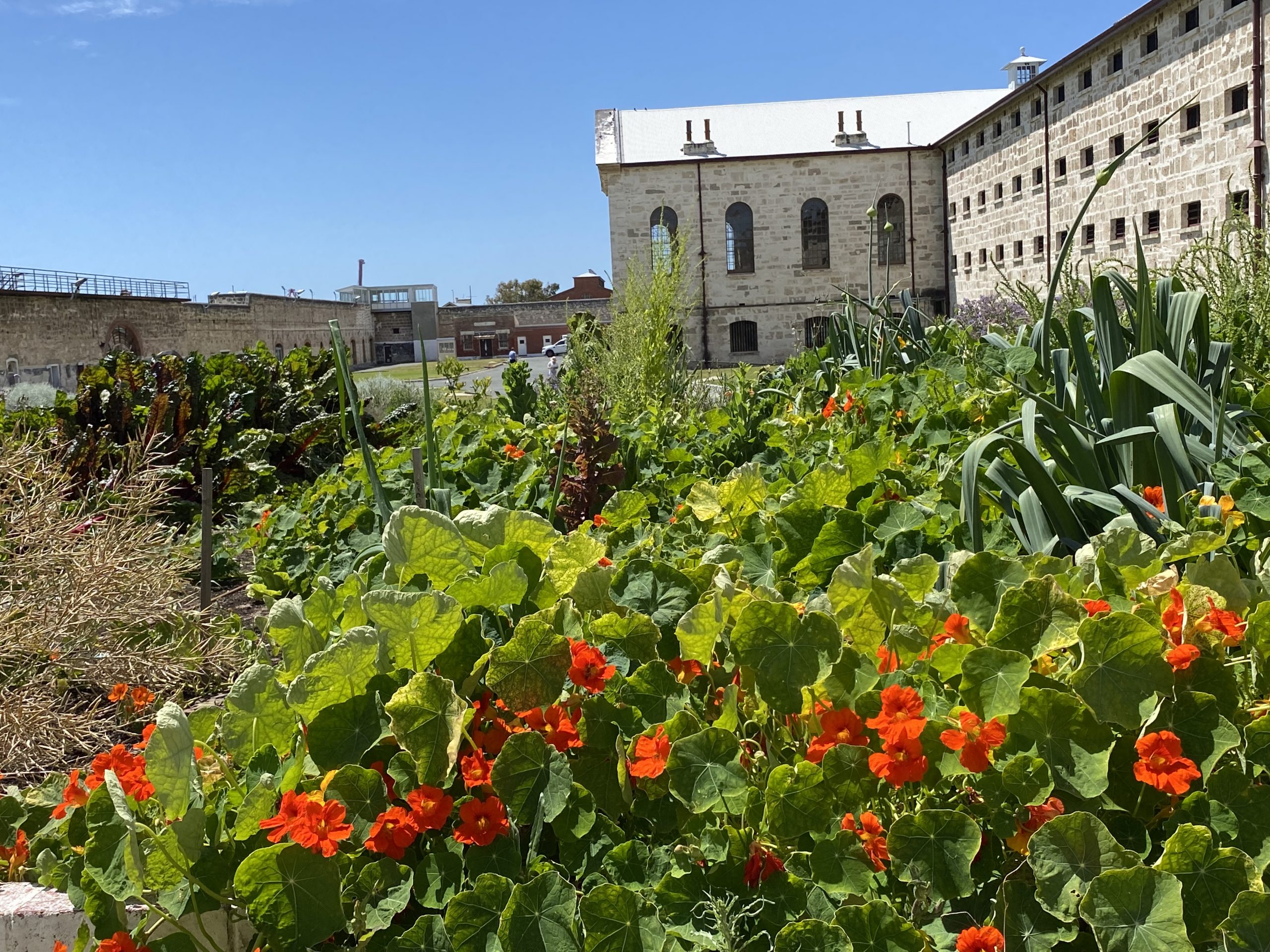 There was opportunity for visitors to speak with specialist conservation, museum staff and tour guides about the Prison’s history and site achievements made in the 30 years since closure as a prison.

After being decommissioned as an operating prison in November 1991, Fremantle Prison reopened as a tourist attraction only a few months later in January 1992.

During the past 30 years, the Prison has had more than 4.4 million visitors. It has become one of the most popular tourist attractions in Western Australia, attracting up to 200,000 visitors a year. Local, interstate and international visitors, young and old, visit the Prison on one of the five available tours.

The aim of Fremantle Prison: 30 Years Unlocked is to encourage people who haven’t visited the Prison to visit this World Heritage site and learn about the history of the site’s conservation activities.

Since its official closure as a site of incarceration, Fremantle Prison’s exceptional historic and cultural significance has been formally recognised by its inclusion in several heritage registers, including the National Heritage List – Australian Government (2005) and World Heritage List (Australian Convict Sites Serial Listing) – UNESCO (2010).

30 Years: Unlocked, prepared by current Prison staff including archaeologists, architects, curators and heritage managers, showcases all aspects of the work required to ensure that Fremantle Prison retains its significance and remains open for future generations.

Supported by many objects and images, some never seen before, the exhibition takes visitors through 30 years of conservation works, community engagement programs, archaeological excavations and collecting practices.

It was a wonderful opportunity to learn about what’s behind the Prison’s iconic limestone walls.

* This article was written by Jean Hudson. The photographs are also Jean’s