By PA Sinclair our Shipping Correspondent

PA is currently in Port Hedland on assignment. This is the next of her reports on what’s happening on water around the Port in Port Hedland. Still not a cruise ship in sight!

You would think being slugged $13,500 each time your ship left port full of iron ore would cause a minor mutiny.

Despite protestations from foreign ship owner representative body, Shipping Australia Limited, who claim to have only been told about the March 2021 levy in December last year, a spokesperson for the Pilbara Port Authority’s Hedland Maritime Initiative (HMI), says it’s been done before and is not forever.

Managed by the Port Hedland Voluntary Buy Back Scheme (PHVBS), a wholly-owned subsidiary of the Pilbara Port Authority – aka, a smaller government agency managing the funds – the levy will pay for port improvement projects, such as the Spoilbank Marina; address dust issues for local residents; pay for the cost of running the PHVBS; and for redevelopment of the Maritime Precinct, which includes upgrading the tug haven in the inner harbour.

Historically, additional port charges have ceased once a project is completed and according to the spokesperson, the PHVBS Port Charge will be no different.

“The PHVBS Port Charge will only be levied for the period necessary to ensure that revenue raised will be commensurate with the costs of administering the PHVBS,” the spokesperson said.

Under the Port Authorities Act, the Pilbara Port Authority has the statutory authority to levy a port charge in relation to the function of the PPA at its discretion. It’s small change and they know it and as locals’ say, “it’s the cost of doing business in the Pilbara.” 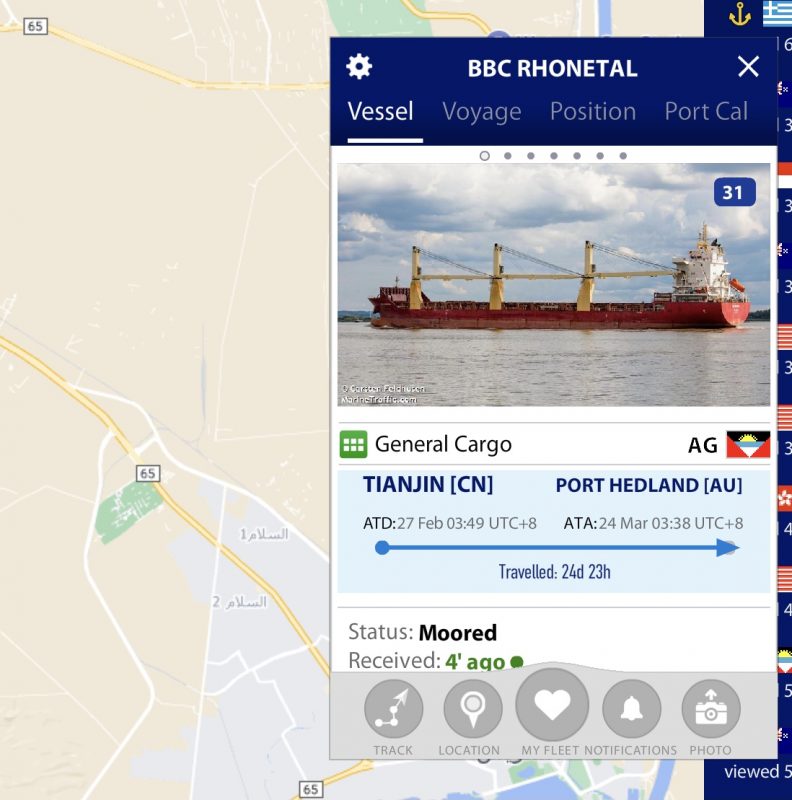 Will BCC Rhonetal have to pay the PHVBS levy when it limps back to China after it caught fire in the port earlier this week? As she is not a bulk carrier, she won’t, though it is unlikely she will carry any cargo in her condition. Currently berthed, the plan is to anchor her at sea where she will undergo repair attempts. If still unseaworthy, she will be towed back to China by seagoing tugs. Her crew are currently in quarantine in Port Hedland and have been tested for Covid-19. After nine months at sea, they may welcome their quarantine. 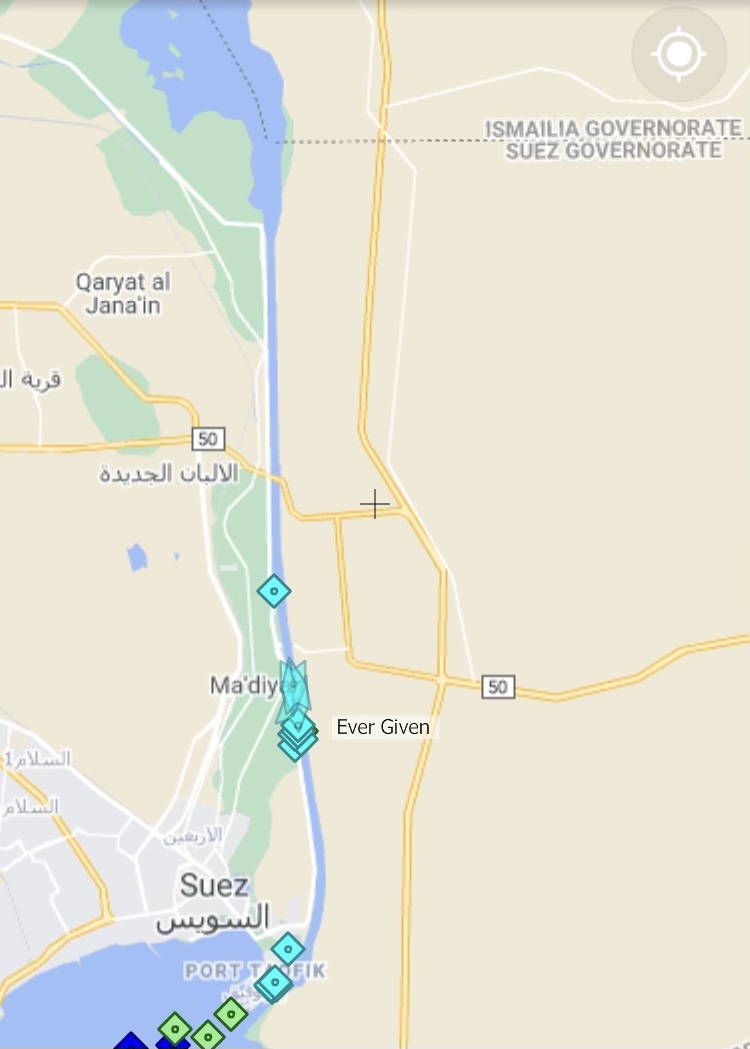 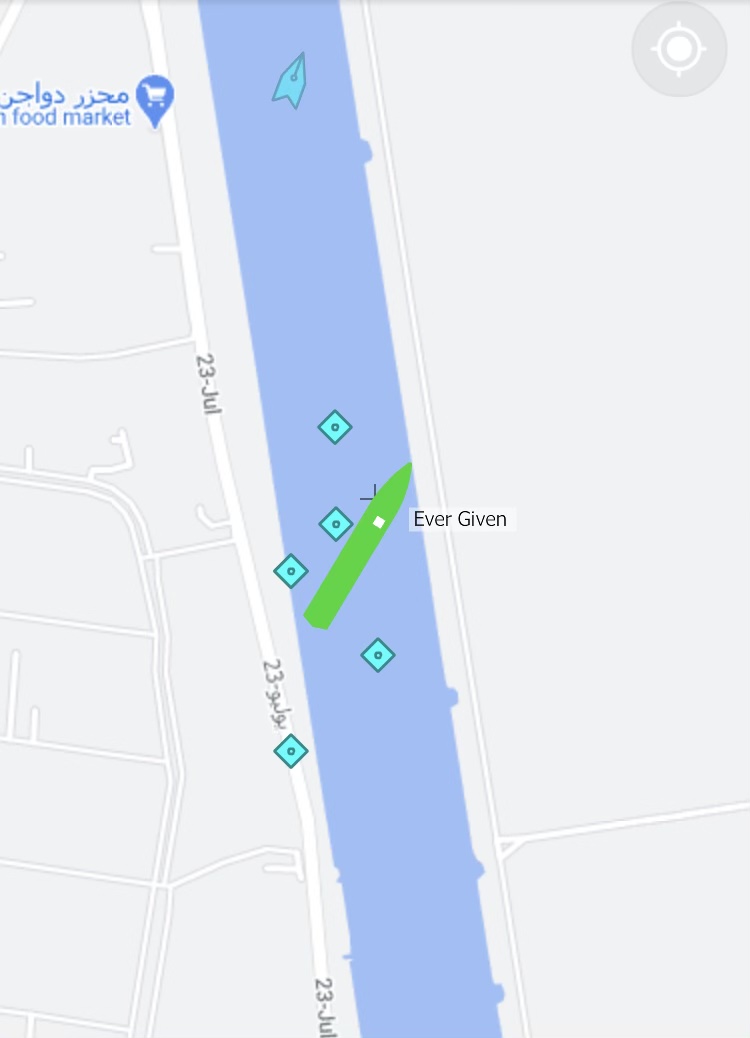 The 400-meter-long vessel weighs 200,000 tonnes and narrowly missed being grounded on rocks. All crew and cargo are reported to be unharmed.

Braemar LNG market view on the blockage suggest a longer delay may inflate LNG prices globally though they do not forecast significant growth in the short-term freight rates as the overall market length is there.

They estimate 15 LNG carriers are immediately impacted with eight ships stranded in the Canal, another three in the Red Sea and four in the East Mediterranean.

Shell, Naturgy and Total account for most of the LNG traffic through the Canal though Qatargas, which accounts for half the LNG traffic at times, will certainly be adversely impacted by a long delay, according to the Braemar report.

The Suez Canal Authority, other shipping companies and owners of the cargo may seek billions of dollars in compensation from the ship’s Japanese owner, Shoei Kisen Kaisha Ltd, who released a written apology on Thursday: “We would like to apologies to all parties affected by this incident, including the ships travelling and planning to travel through the Suez Canal.”

Fremantle Shipping News highlighted the long and narrow Suez Canal’s vulnerability to malicious intent and with the Northern Sea Route championing its short-cut for European and Asian shipping traffic, this blockage will escalate its cause as the Russians, Chinese and Japanese focus on improving safe passage through the route. 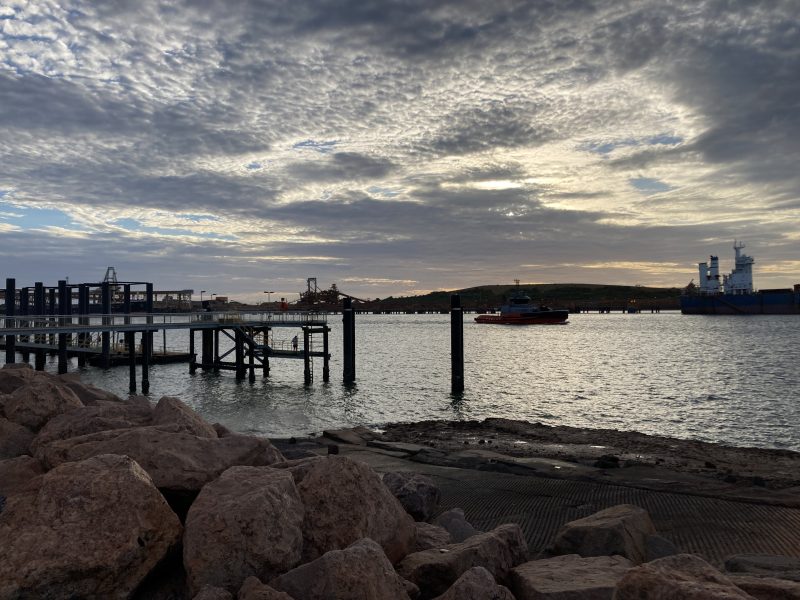 In the meantime, as night descends, Port Hedland seems quite tranquil!

This article was written by PA Sinclair