October 18, 2019October 21, 2019 in Shipping News
The City of Fremantle says the City’s Visitor Centre is prepped and ready to welcome the first ship of the new cruise ship season this weekend. 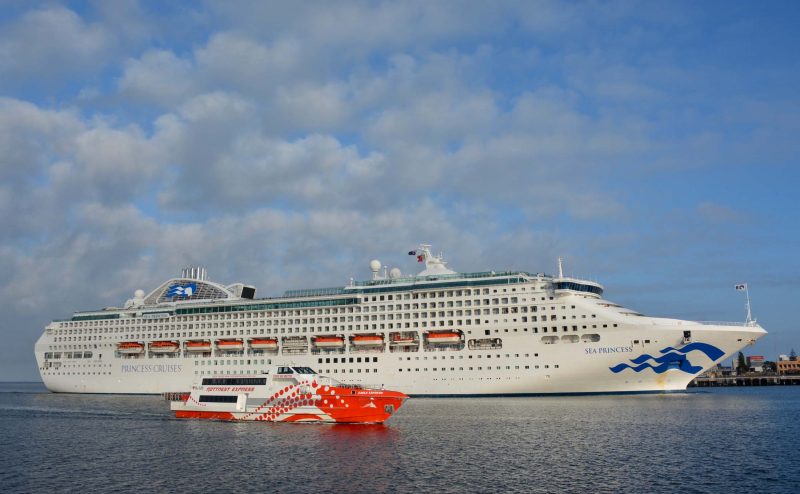 The Fremantle cruise ship season kicks off on Sunday with the arrival of 1800 passengers on board  Princess Cruises’ Sea Princess, which is due to arrive at 6:30am and depart at 11pm.
Regular shuttle buses will ferry cruise ship passengers from the Fremantle Passenger Terminal to Kings Square every 20 minutes between 8am and 6pm.
The City will also have a small army of tourism ambassadors stationed at the passenger terminal, key locations around the city and roving the streets to provide a friendly welcome, hand out maps and offer tips and information to visitors.
Fremantle ambassadors will also be providing orientation walks to the city centre as alternative to the shuttle bus every half an hour during the morning from 9am.
Princess Cruises announced this year it would have a record-breaking 141-day deployment in Fremantle during the 2019-2020 Australian summer cruising season — the biggest financial commitment ever made to WA by a cruise brand.
Fremantle is scheduled to welcome a total of 29 cruise ship arrivals with more than 64,000 passengers for 2019-20 season between October and March.
Cruise shipping is said to be an important part of the State’s tourism industry, contributing $275.9 million to the WA economy in 2017-18 and supporting about 1130 jobs, and the industry is a key focus of the City of Fremantle’s Destination Marketing Strategic Plan.
Share this
Related Articles