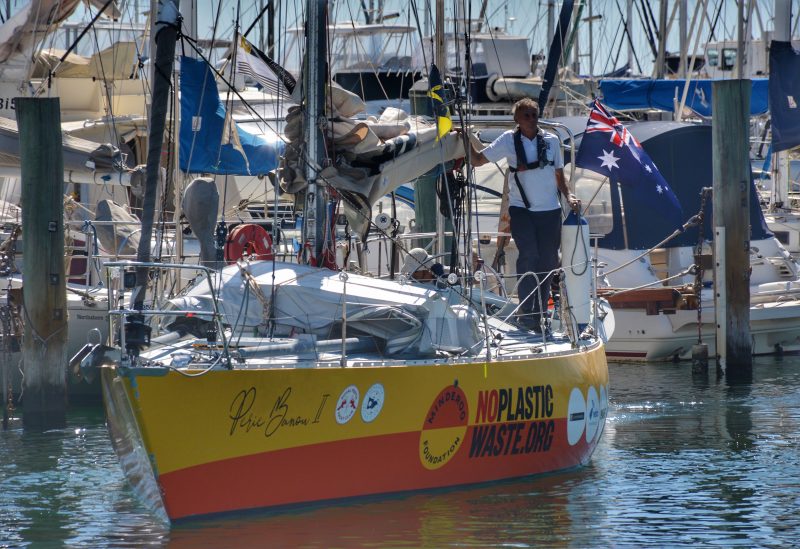 To honour this monumental achievement, Jon was joined by many local sailors in an on water Flotilla as he completed the final miles of his journey. The finish line was marked by both Royal Perth Yacht Club Start Vessel Challenger to the North and Fremantle Sailing Club’s Success to the South. A lap of honour within Fremantle’s Inner Harbour then followed. The accompanying Flotilla was led by the Western Australia Water Police and Fremantle Sea Rescue, whose vessels flanked Perie Banou II on her way into harbour.

From the finish Jon was met by fellow circumnavigator David Dicks who joined Jon onboard.

Jon finally tied up at Fremantle Sailing Club and enjoyed a hearty on land welcome, including from one of his No Plastic Waste sponsors, Andrew ‘Twiggy’ Forrest. 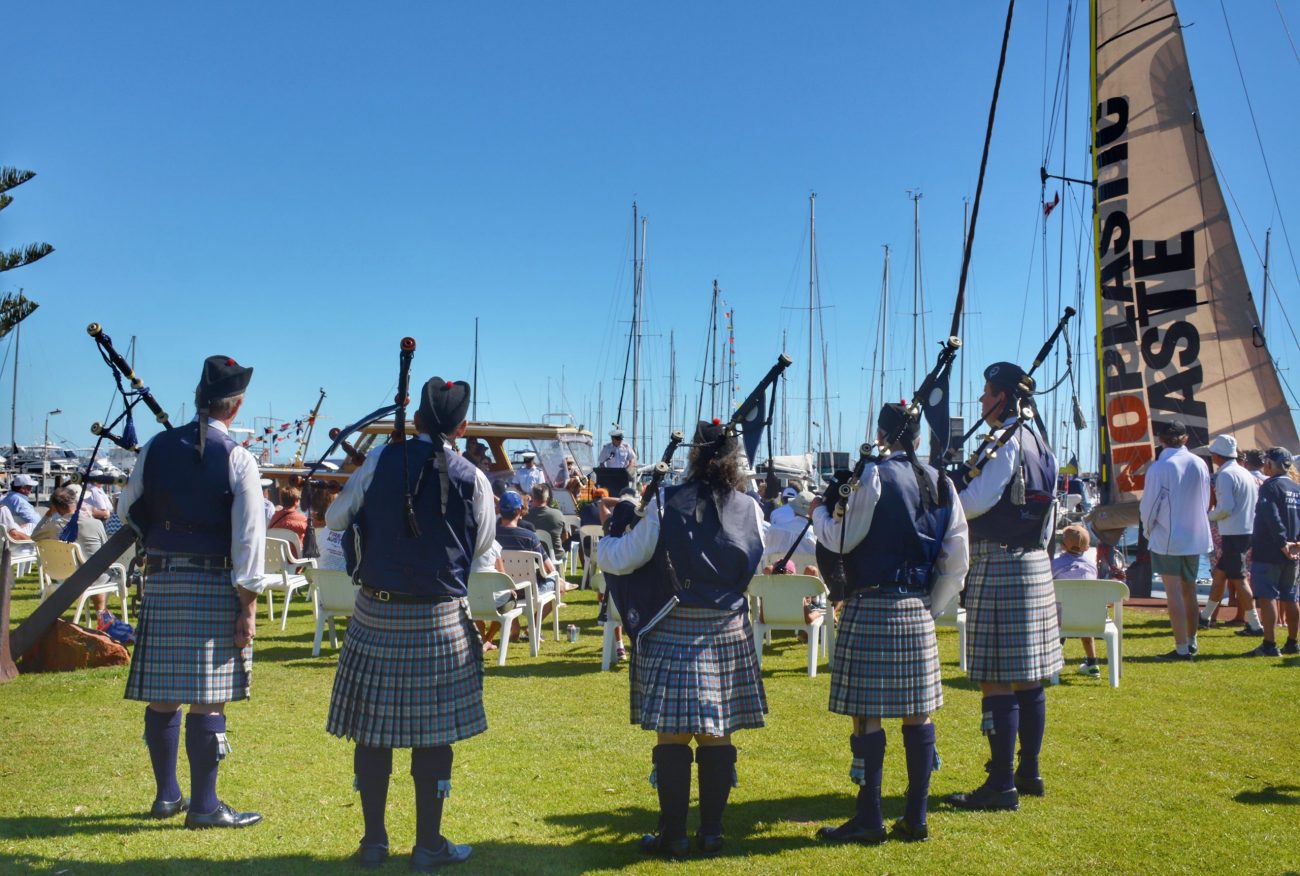 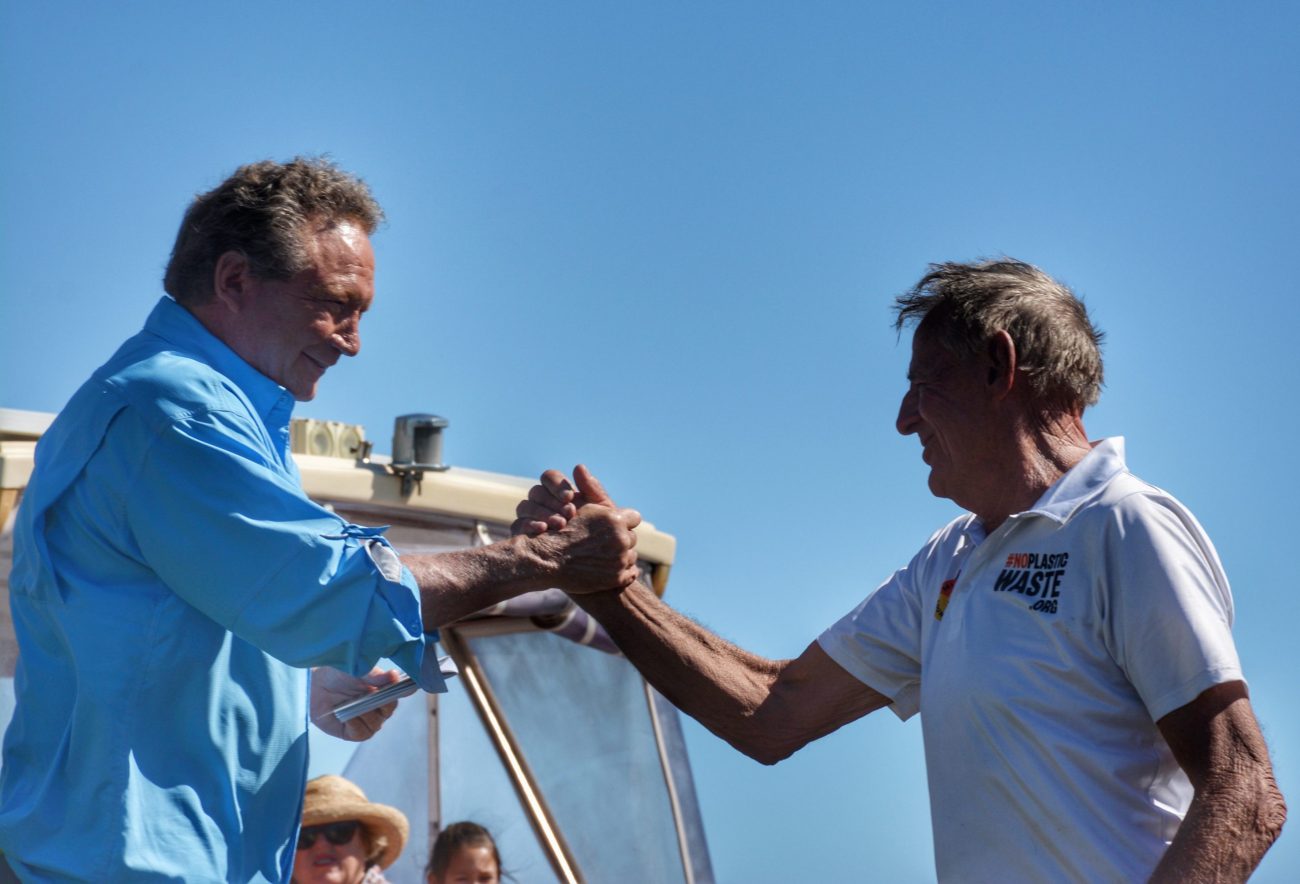 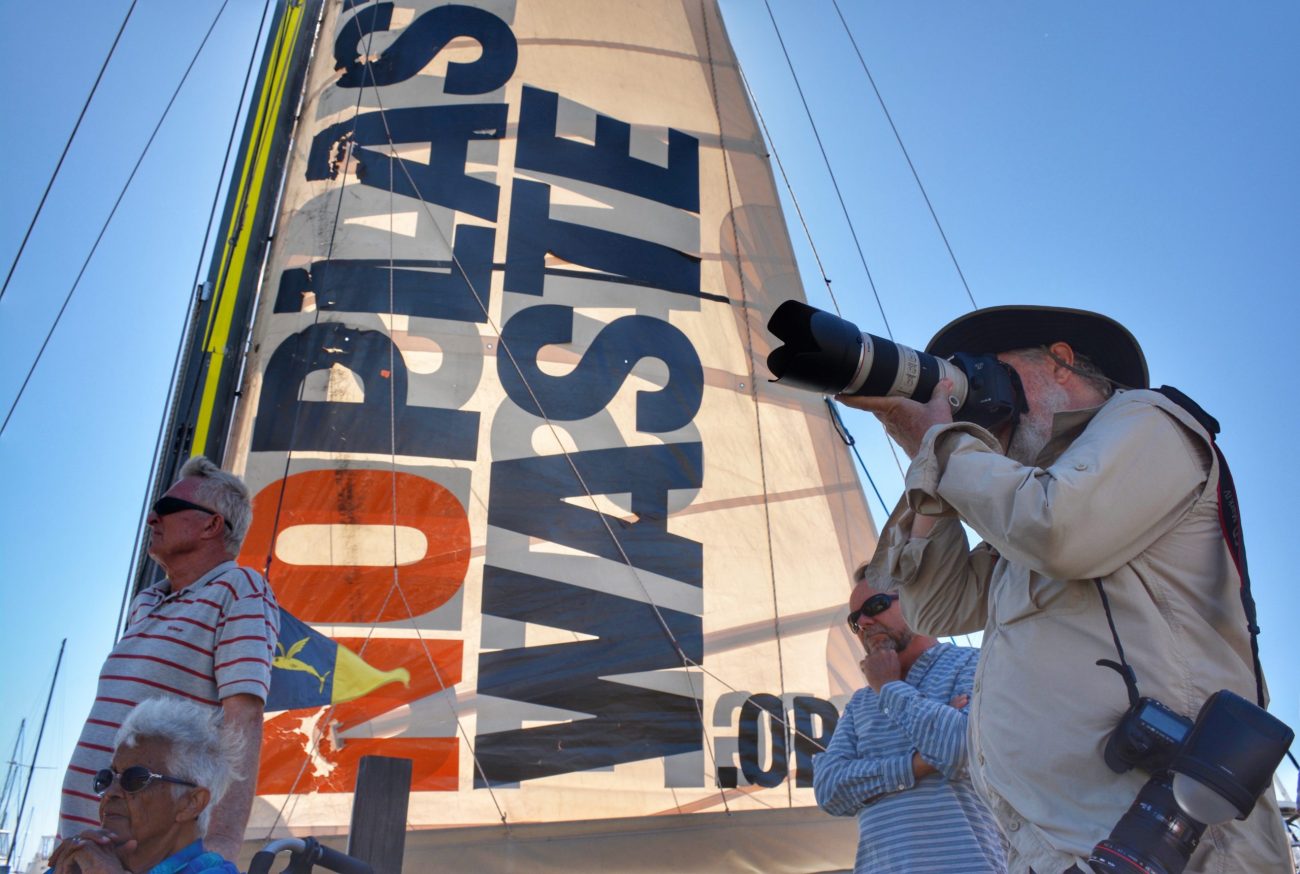 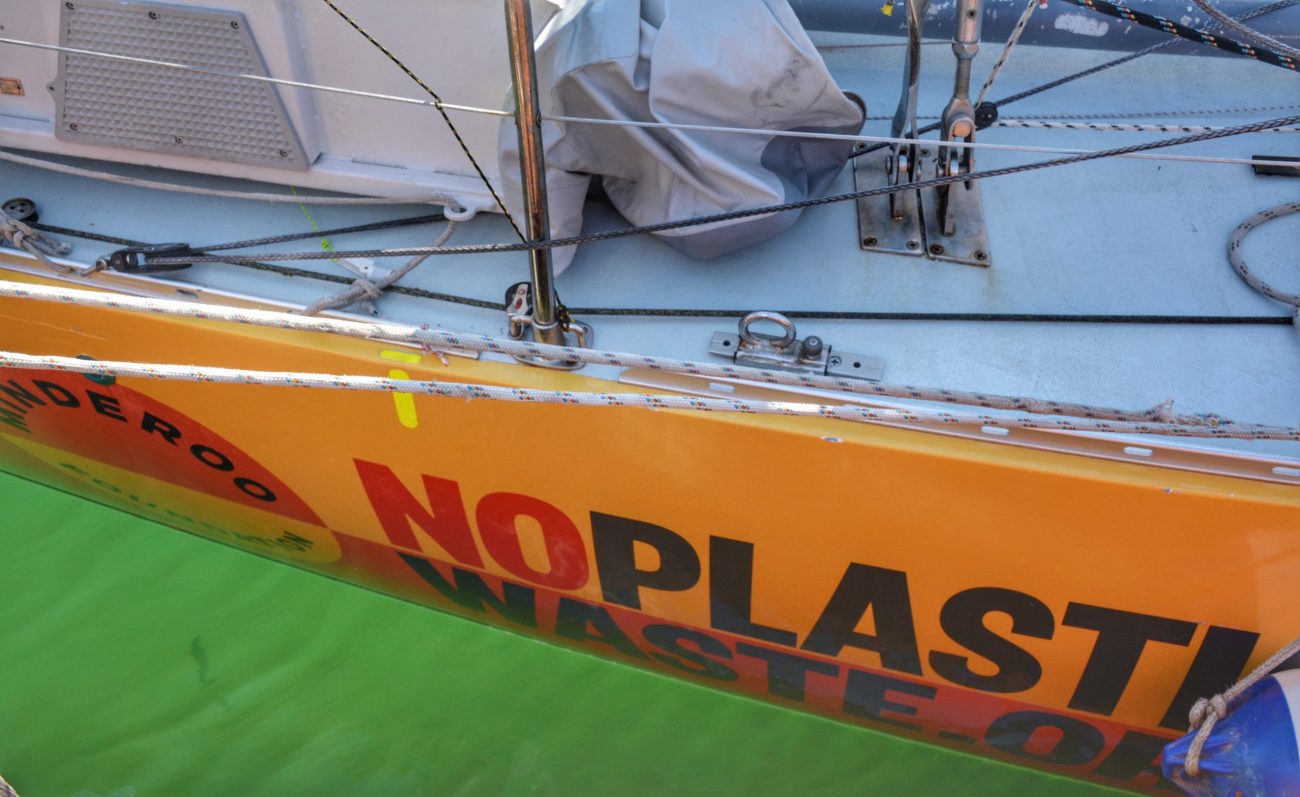 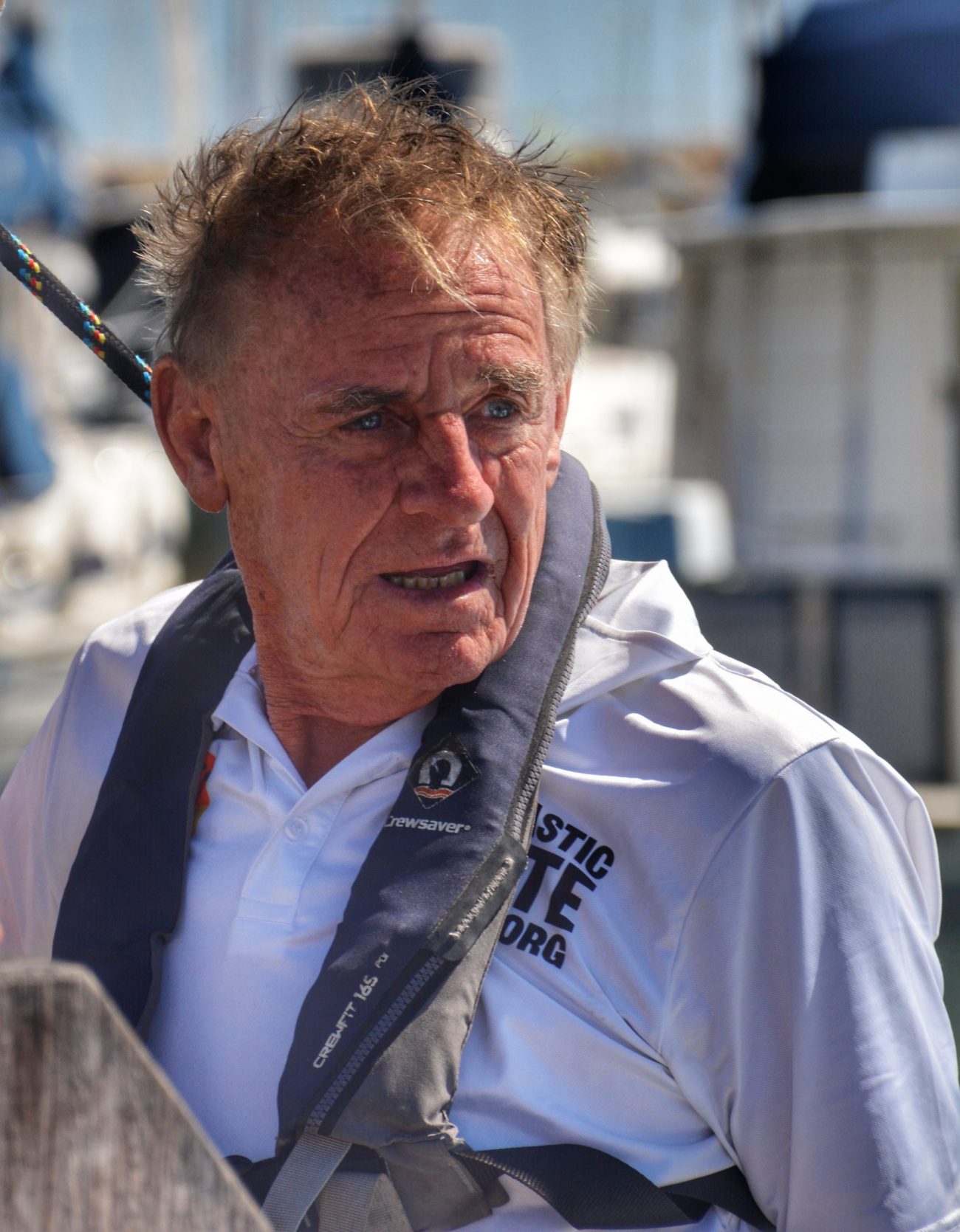 Fremantle Shipping News magazine’s head photographer, Deanna Shanahan, was on hand to record all the action, pretty much from go to whoa! 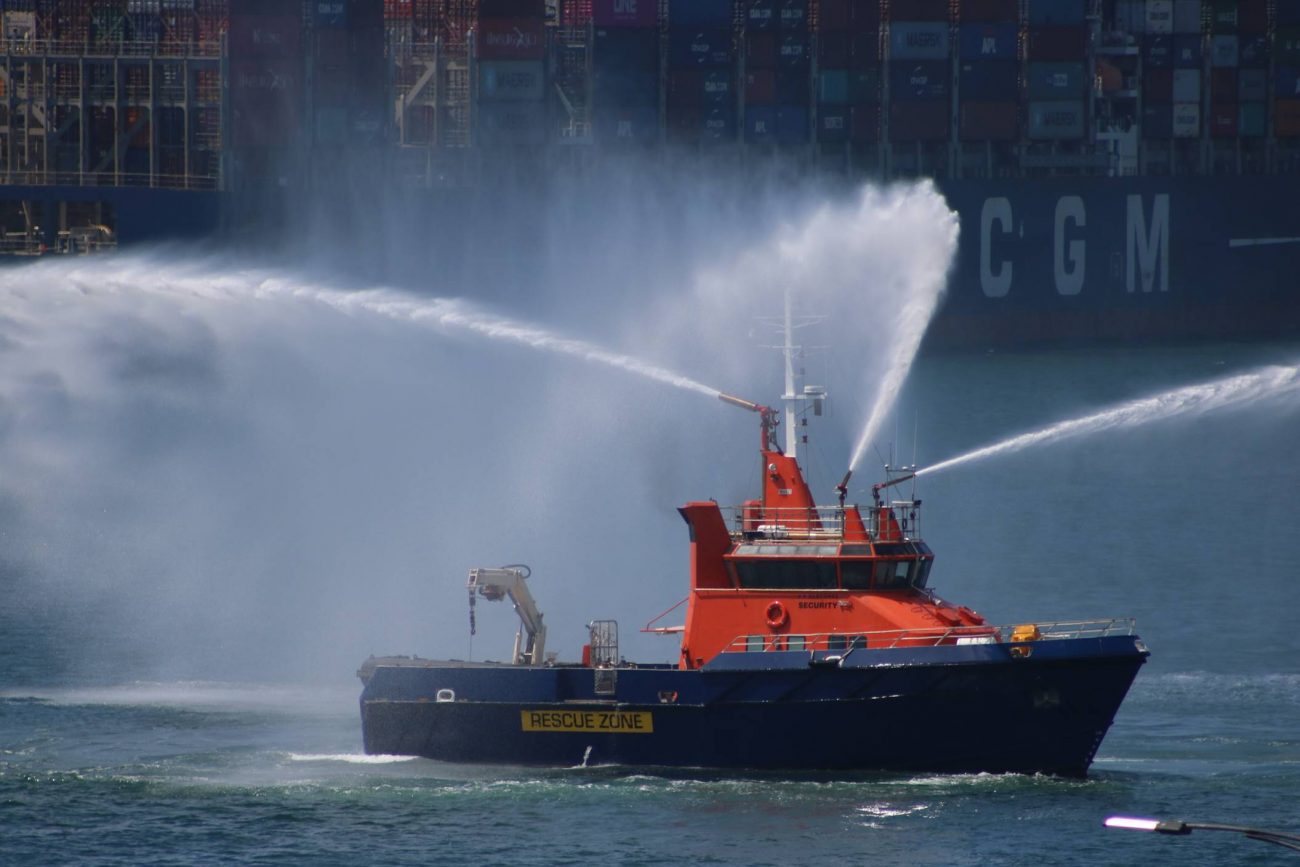 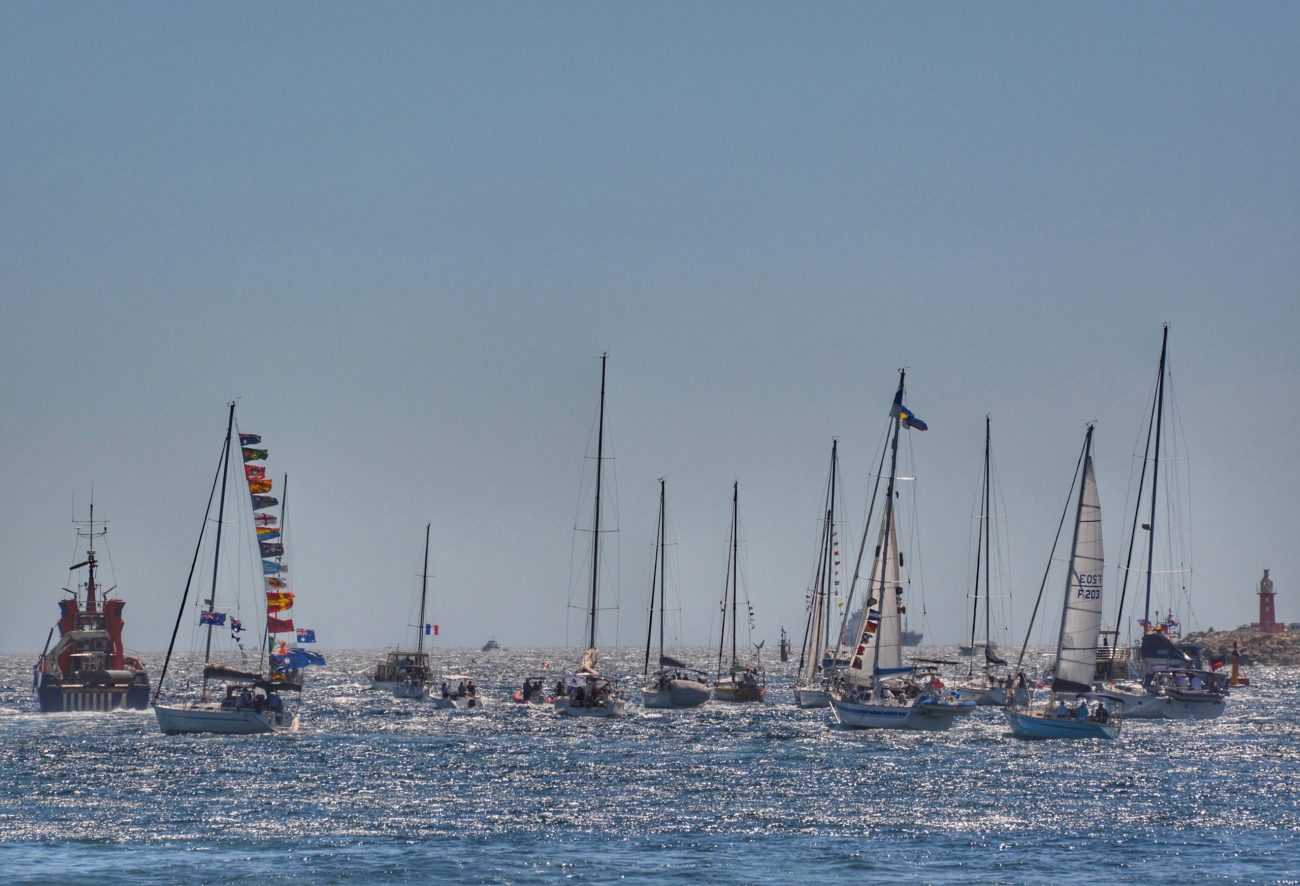 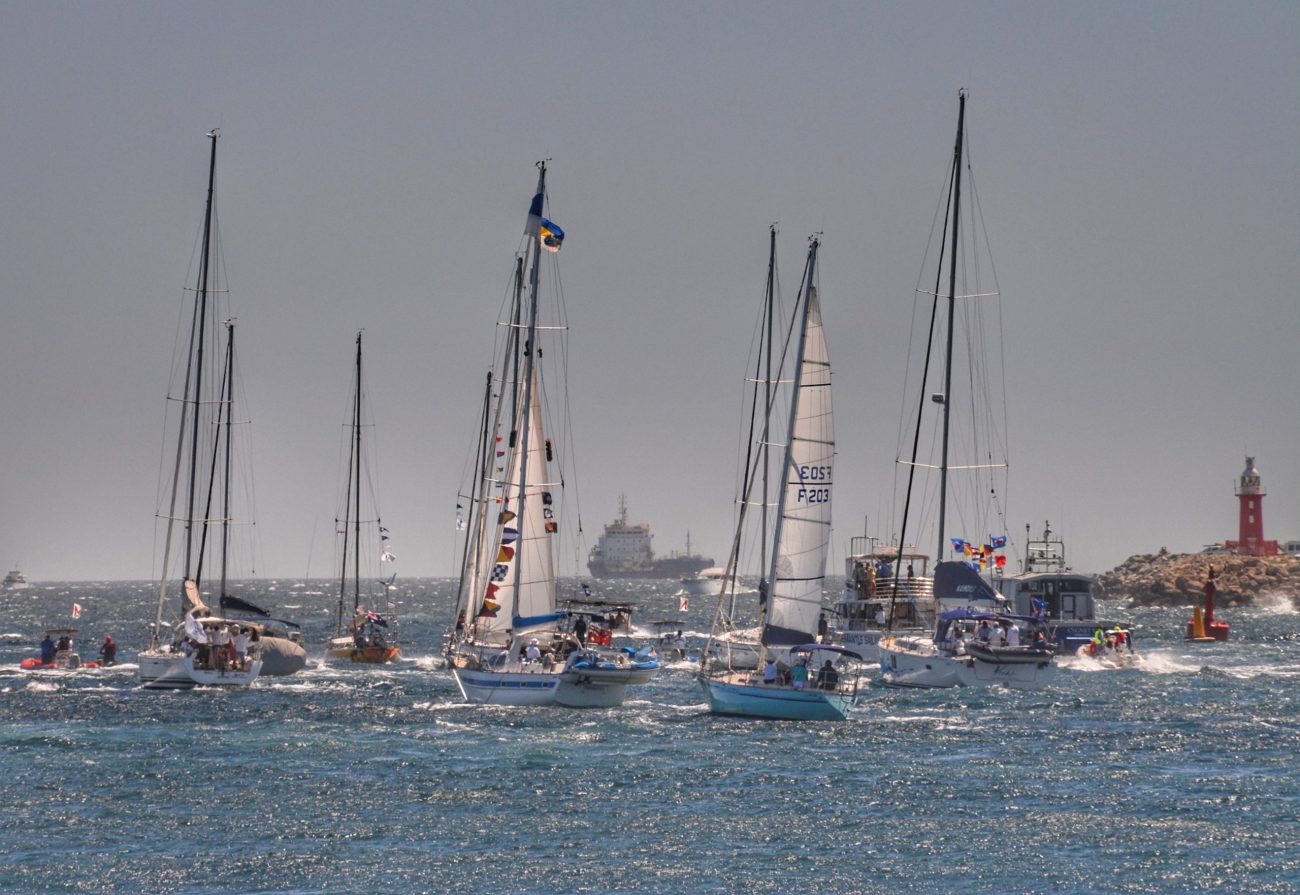 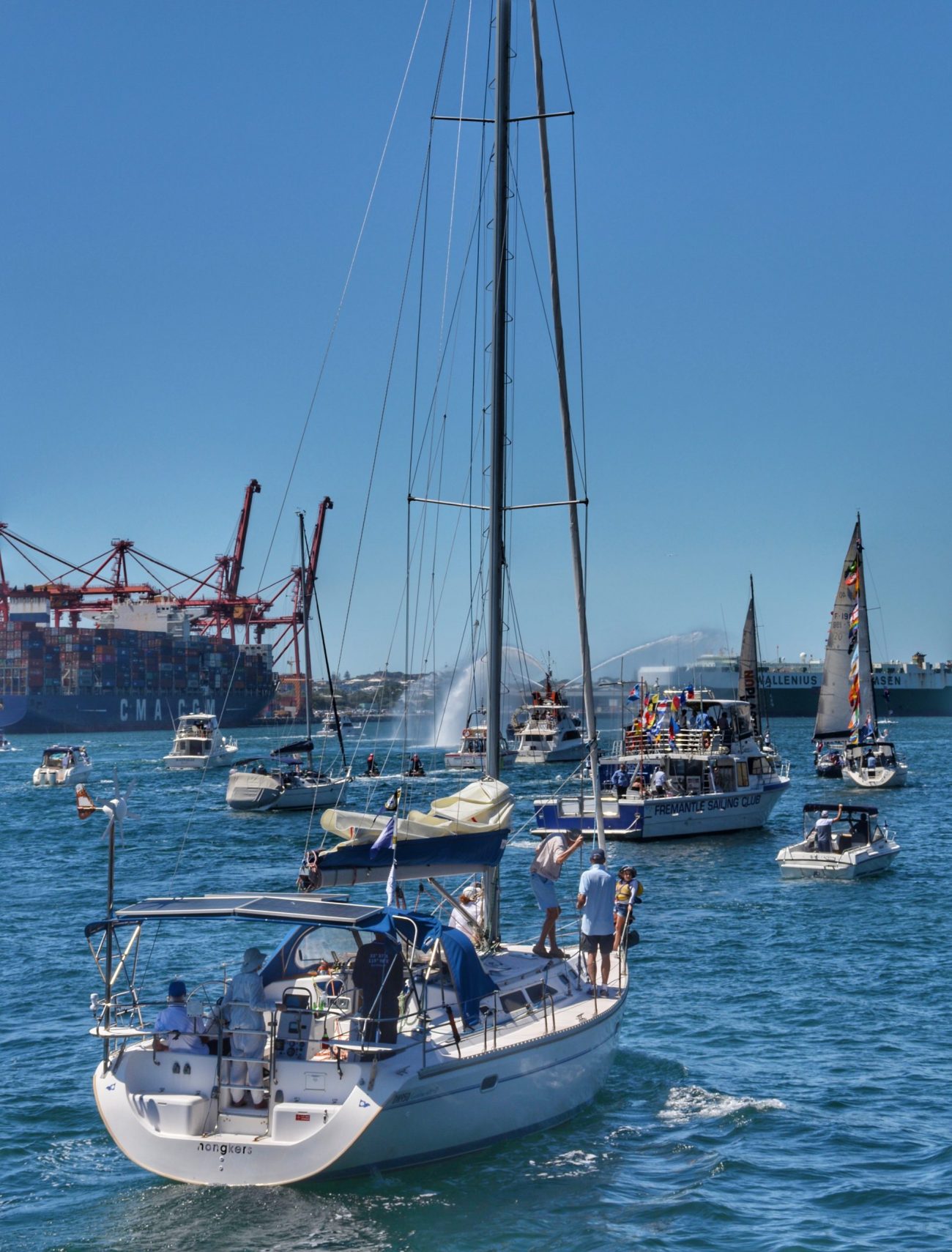 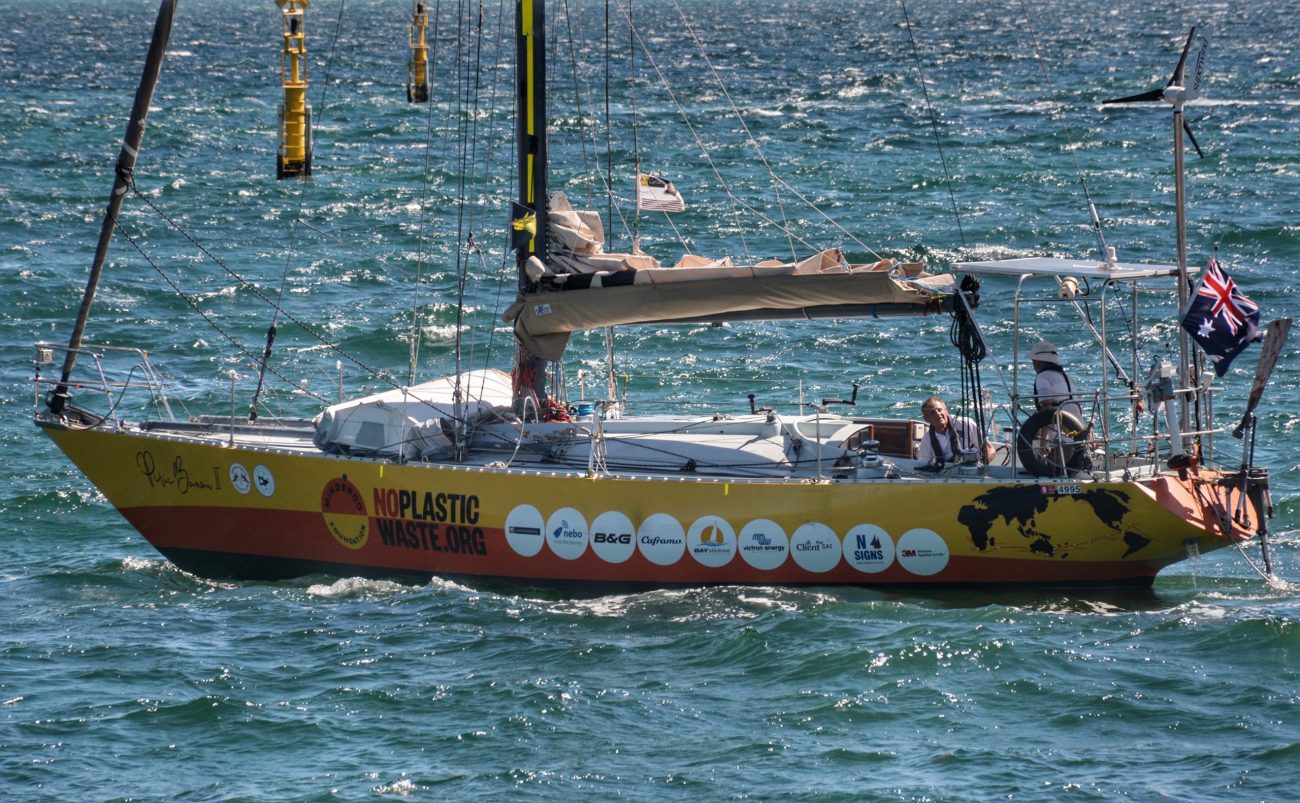 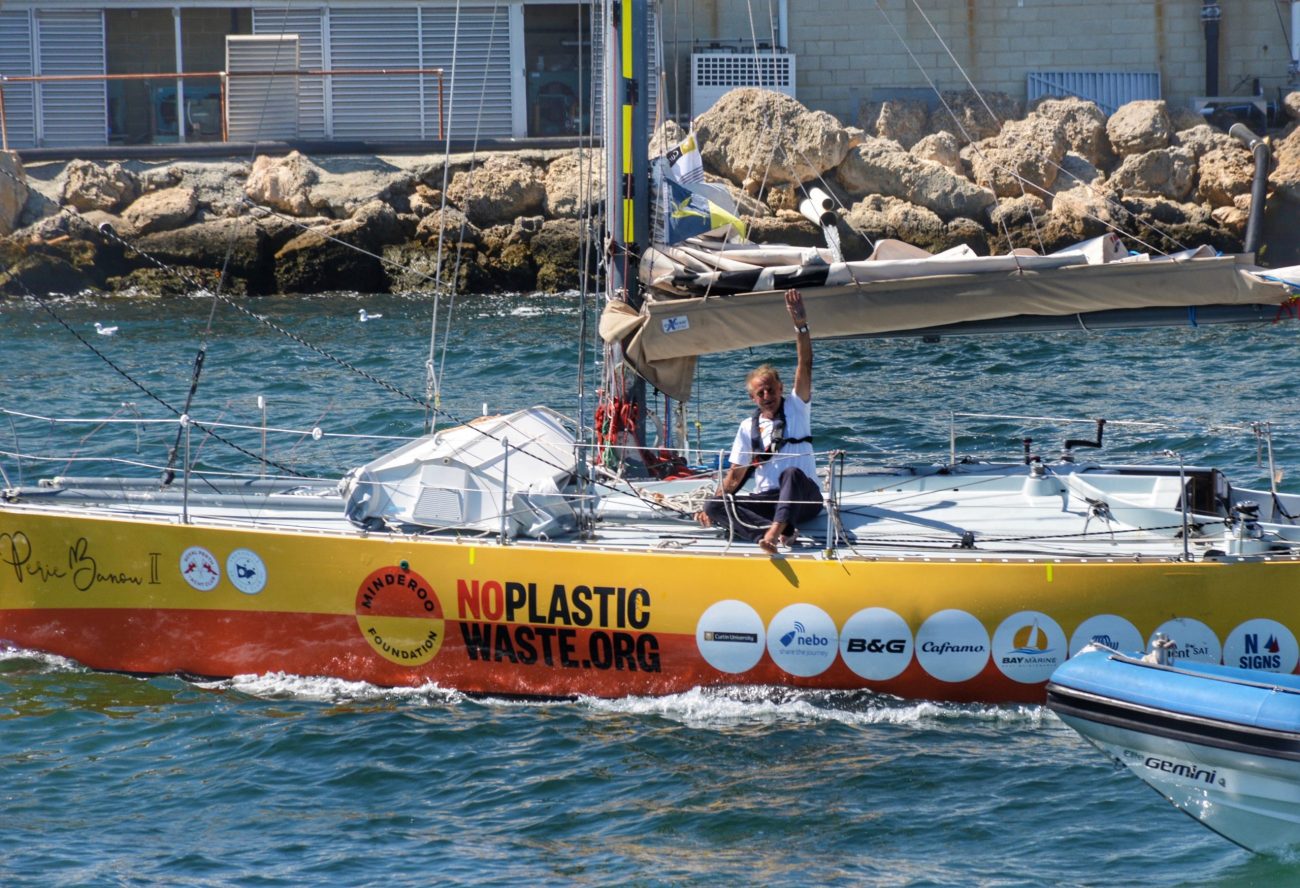 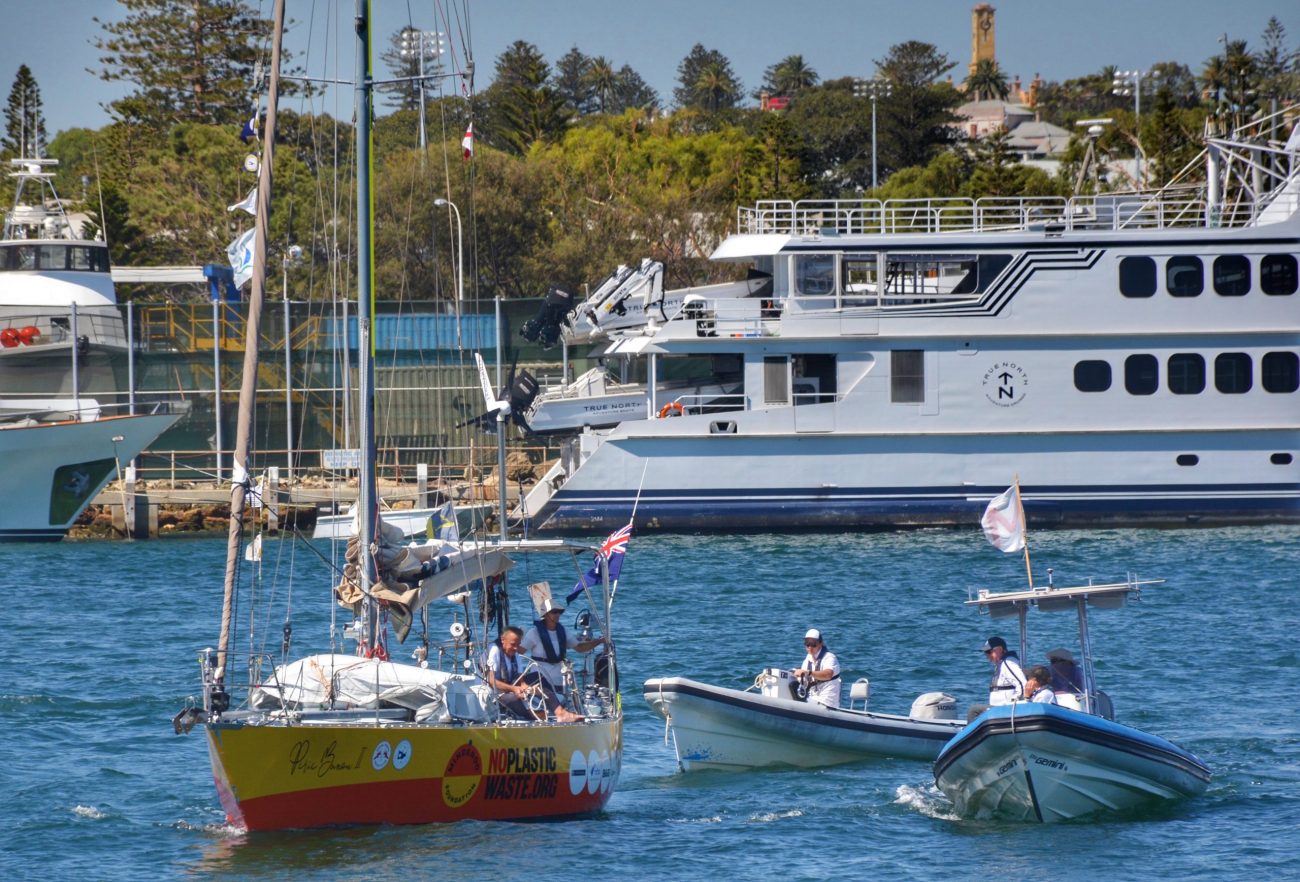 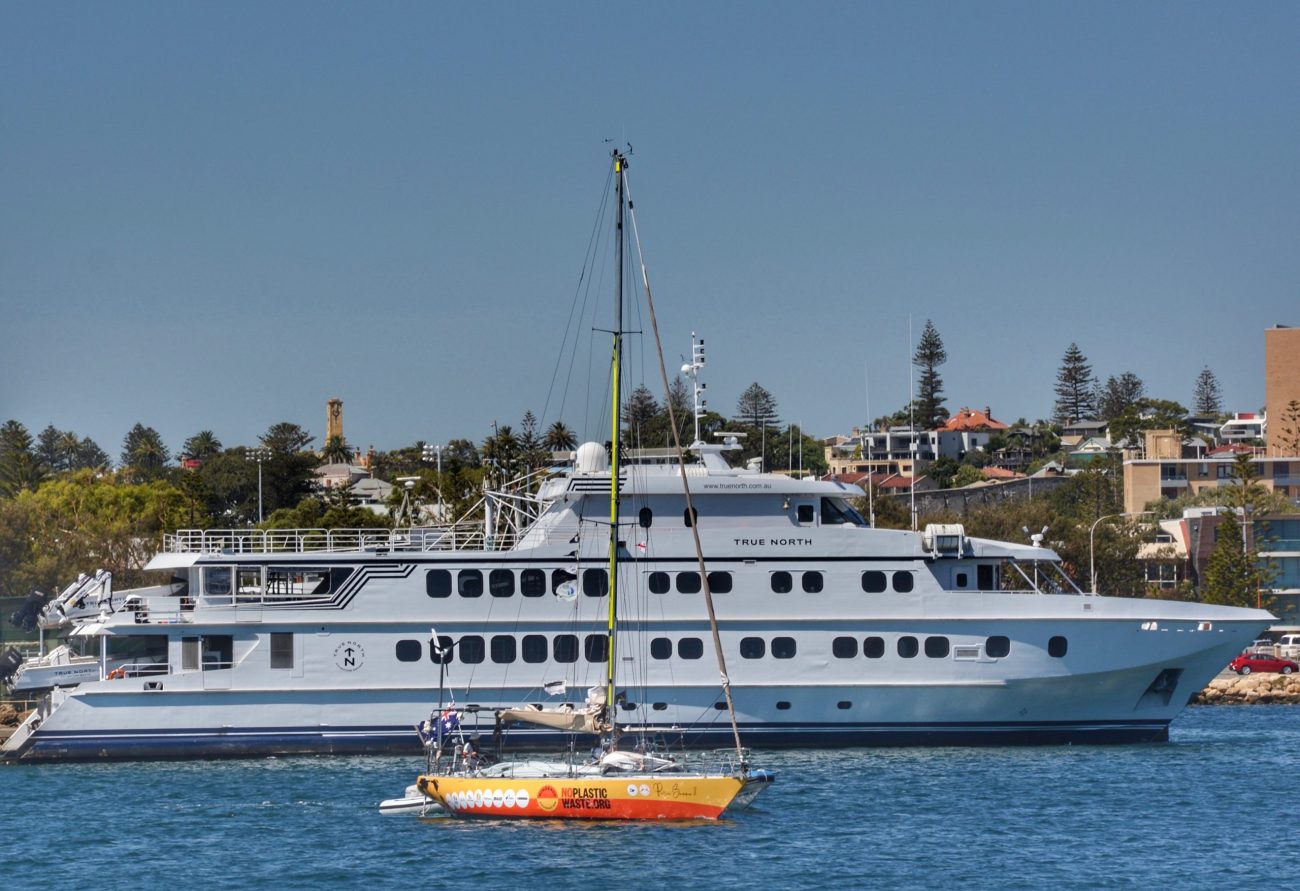 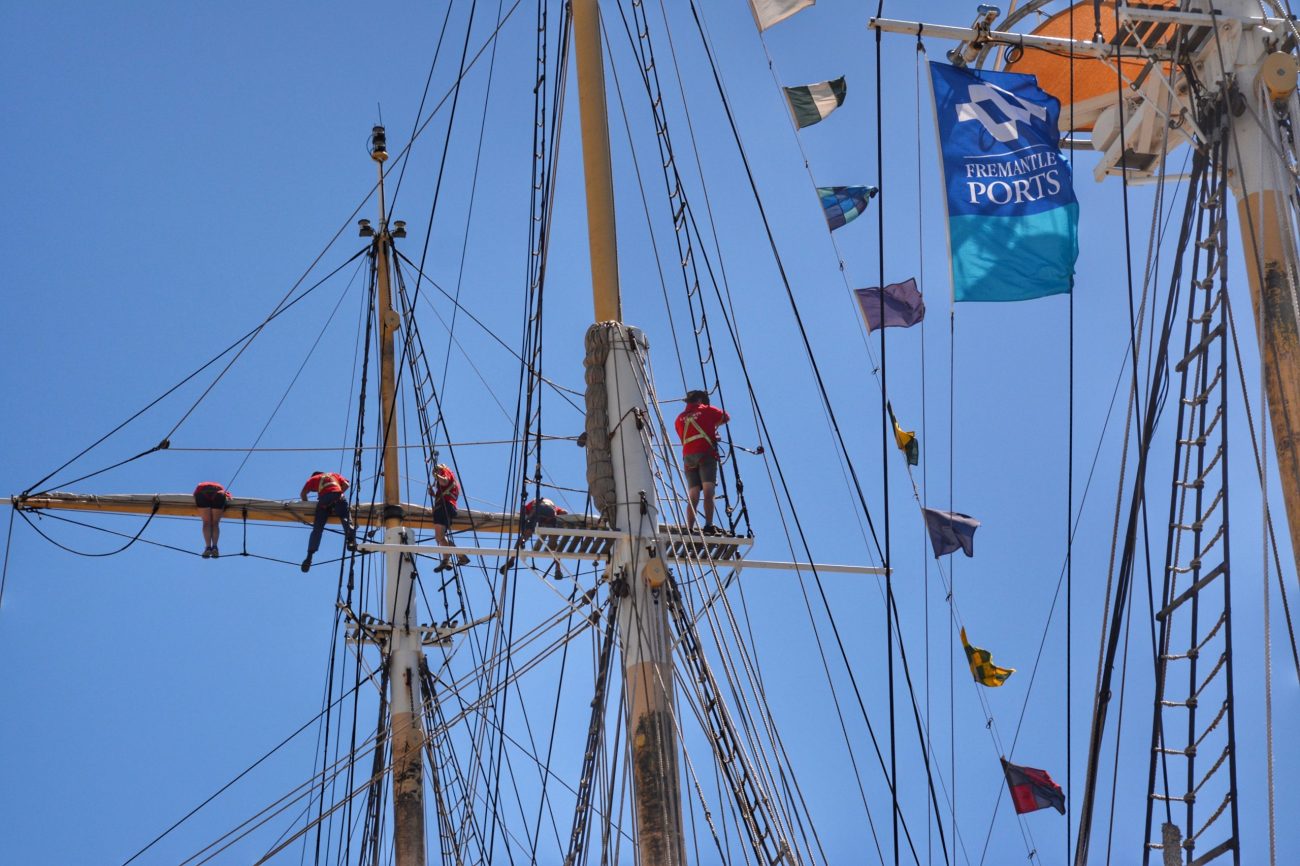 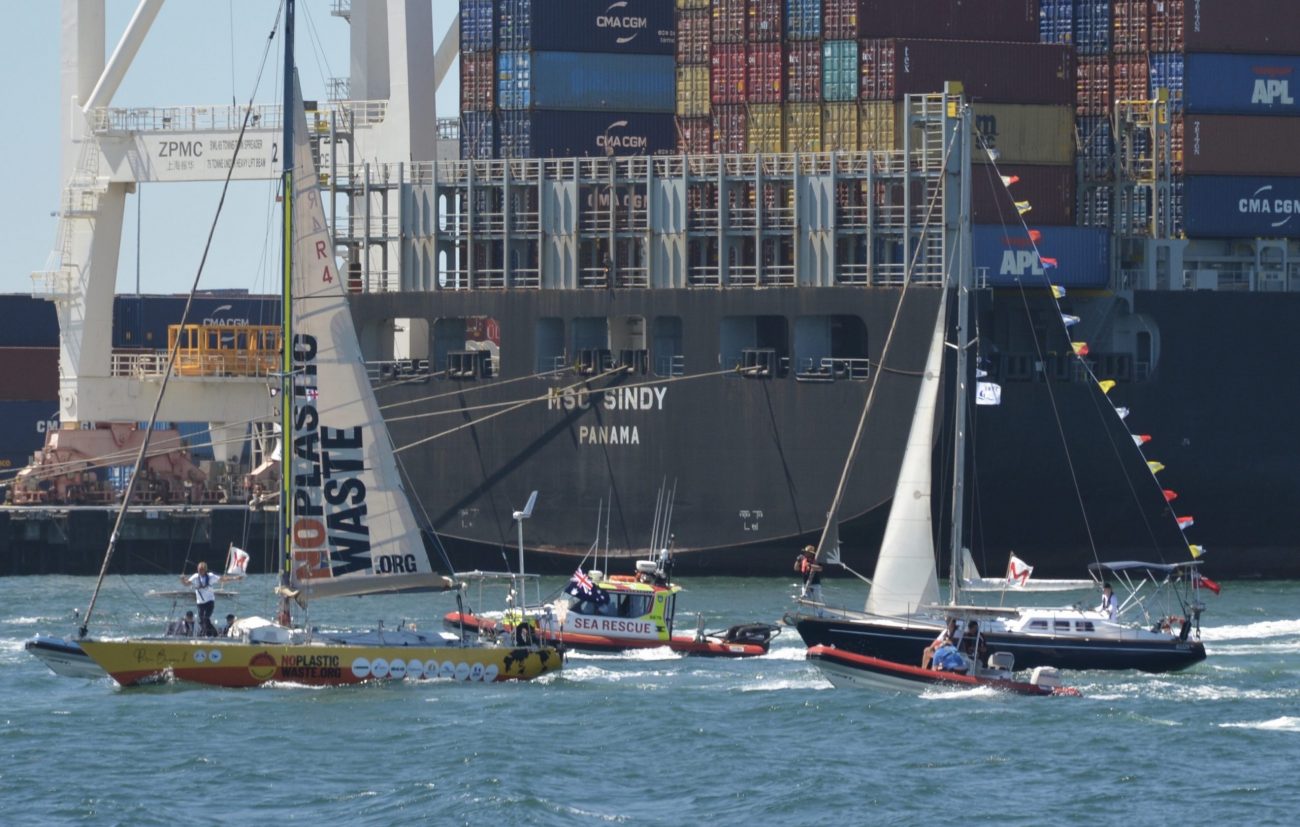 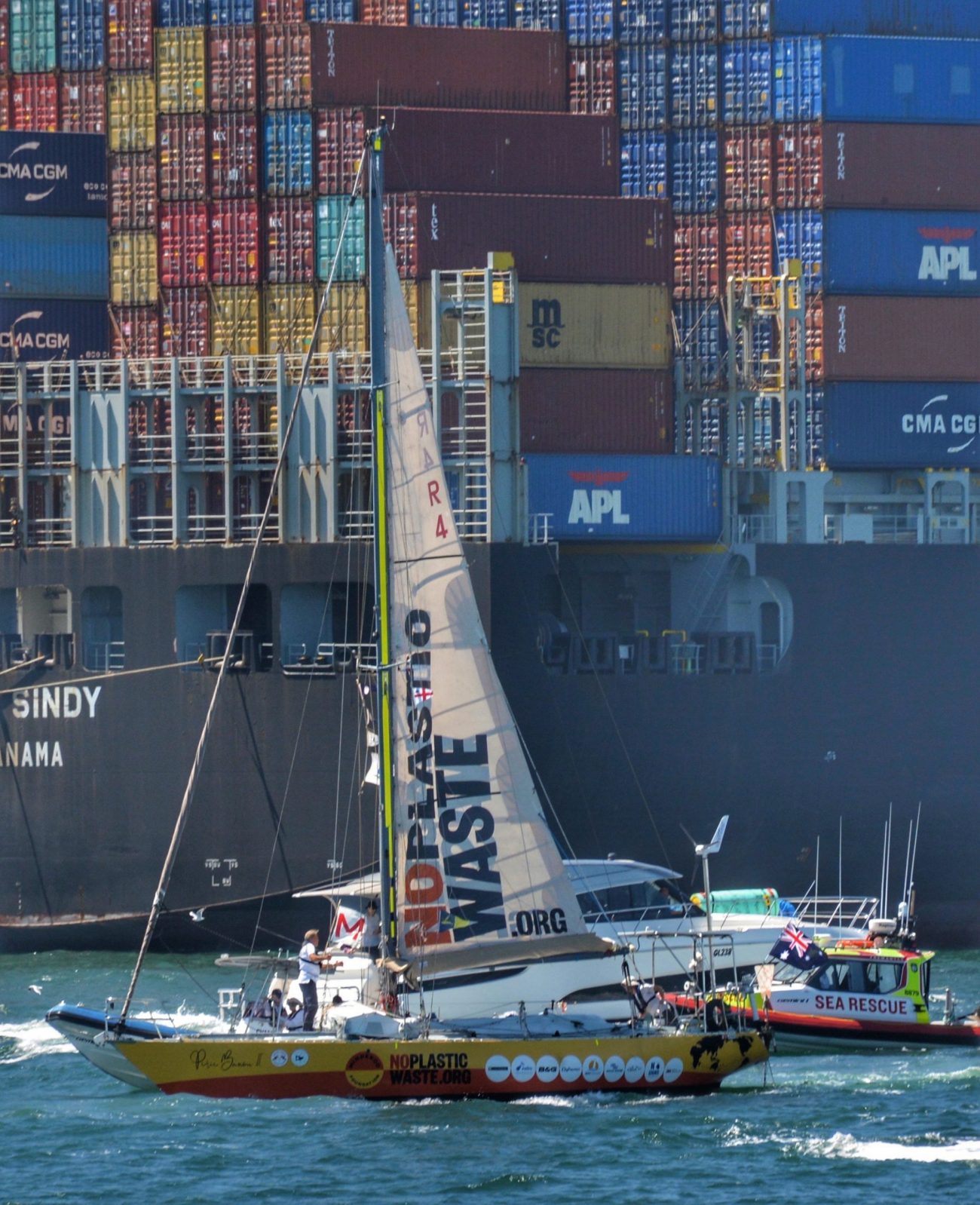 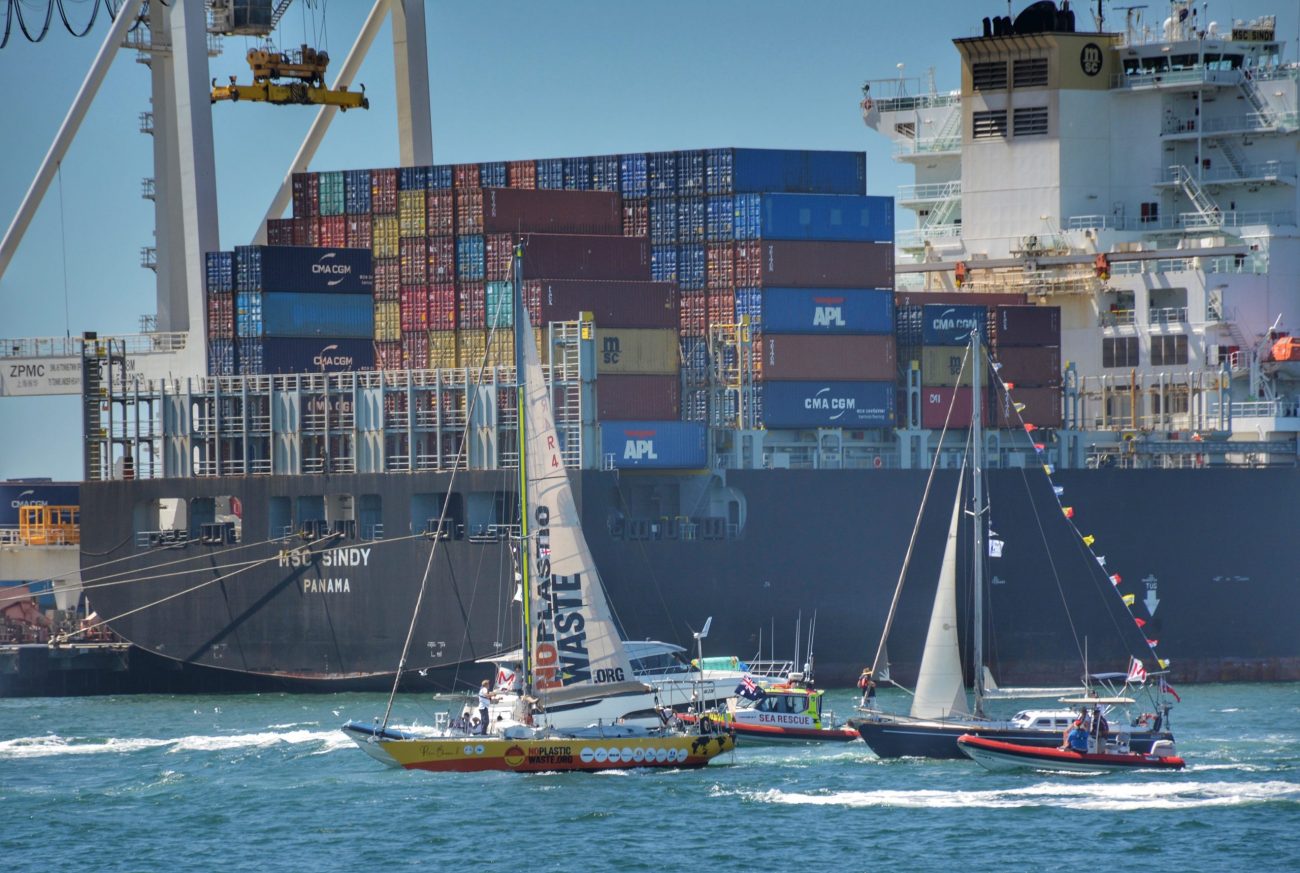 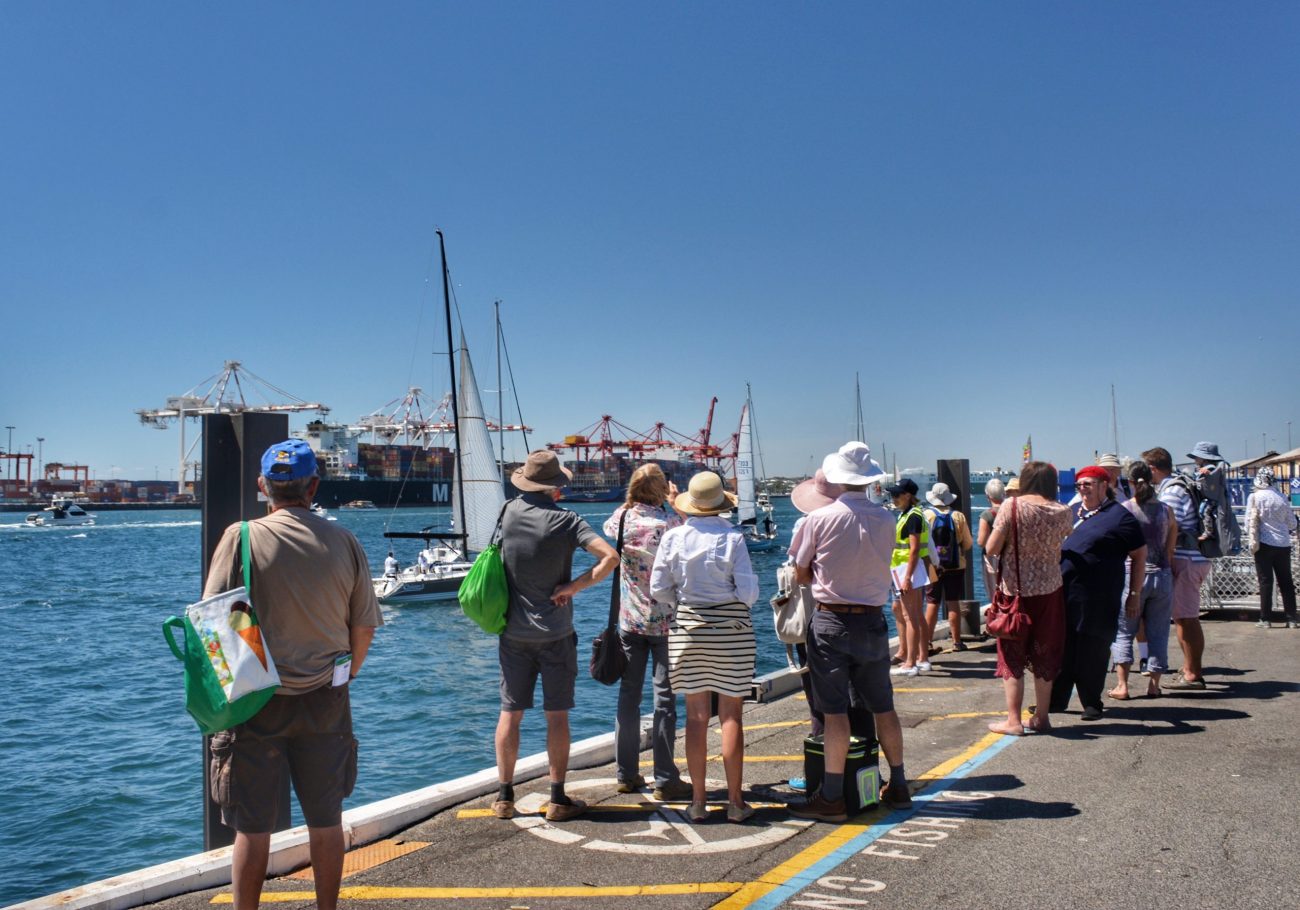