Of the 45 ships currently in Fremantle’s port today, at various berths, anchorages and at sea, 13 are sailing under an Australian flag, seven under the flag of Panama, and the remainder with Singaporean, Liberian, Croatian, Maltese, Norwegian, Portuguese and American flags. Some are sailing under the flag of Hong Kong, the Marshal Islands, Bahamas, Cyprus, the Isle of Man and Denmark. 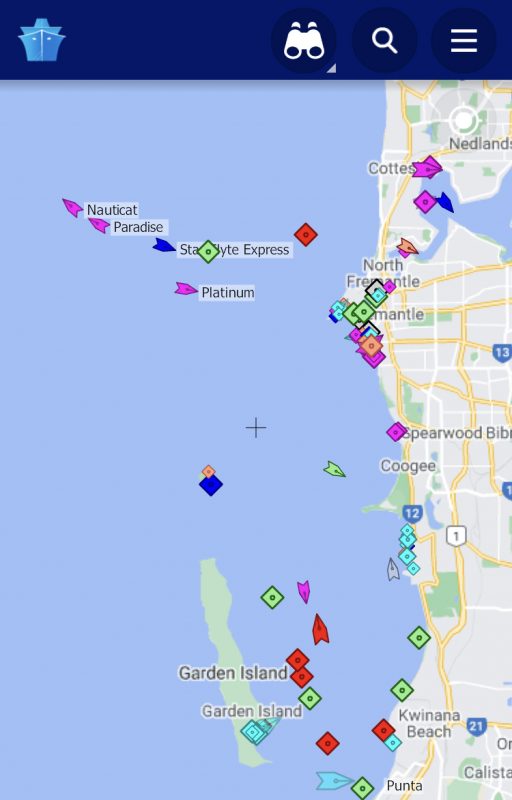 The flag state of a merchant vessel is the jurisdiction under whose laws the vessel is registered or licensed, and is deemed the nationality of the vessel.

Often however, flags of convenience are registered whereby the vessel sails under a flag other than that of the ship’s owners. This is primarily to reduce costs, but also to avoid regulations, inspections or scrutiny. This is also known as an open register. 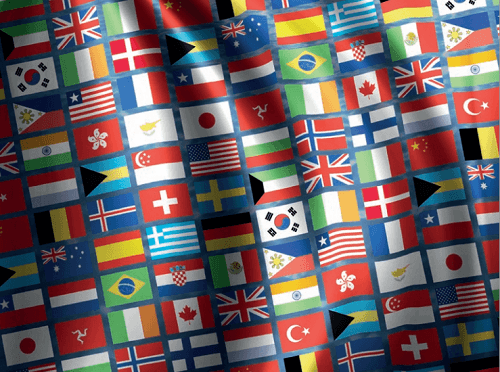 The ITWF – International Transport Workers Federation – has been arguing against open registers since 1958, suggesting they compromise safety, accident, crew conditions and oversight.

In one incident, a crew member killed onboard by faulty machinery was kept in a freezer for two weeks instead of being taken directly to the nearest port. Lack of regulatory oversight was also demonstrated when a person with no maritime experience or skills acquired a certificate to navigate a ship by merely paying a $4000 fee. Such cases fuel ITF’s campaign.

With over 8000 ships, more than the United States and China combined, the largest open register (flag of convenience), is Panama, with 17% of all ocean-going tonnage registered there. Liberia, Marshal Islands, Hong Kong and Singapore follow in order of size.

Established in 1917, Panama’s success, and the success of other open registers, is based on the ease of registration, which can be done online. They are open to any natural or legal person; almost any category of ship can be registered; and there are exemptions on profits from International Maritime Trade – that is, the foreign owners pay no income tax. Manna from heaven for ship owners who want to avoid strict marine regulations and want their identity hidden for tax purposes.

The Paris Memorandum of Understanding with 27 maritime administrations in Europe and North America is the open register’s watch dog with a White Grey Black (WGB) list based on the total number of inspections and detentions of ships over a three-year rolling time frame.

The Tokyo MoU has a similar list and Panama has been a member of the white list for both since 2010 and 2002 respectively. But it has also been on their black list.

The International Convention on Standards of Training and Watchkeeping for Seafarers (STCW 1978), suggests 58% of flag states on the current white list would be wiped off if they were forced to comply with reporting standards – Panama included.

Australia holds its white status, with well-monitored stringent regulations. It is not a flag of convenience, which isn’t a guarantee, as the USA, once on the white list, dropped to the grey list last year because of 62 deficiencies ranging from safety management to book records and cleanliness of an engine room.

Some suggest the lists and inspections are time-wasting bureaucracy that do nothing but cause delays.

Togo remains on the high-risk black list for both the Paris and Tokyo MoU.

We don’t see many ships sailing under that flag coming into Fremantle, but one to watch out for.

* I wish all Maritime Movements readers a very Merry Christmas and a Happy New Year! We at the Shipping News are about to go on shore leave. I will look forward to seeing you again in 2021.