Interview With Michelle Andrews – DG of DoC at FOMO

What’s in an acronym or three?

You see, until three years ago DoC didn’t exist. Before then, the now Department of Communities of Western Australia was a bundle of separate agencies all doing their own , loosely coordinated things. The McGowan Government, in 2017, then reorganised them into DoC. DoC has brought together the services of disability services, child protection and family support, housing, community initiatives and regional services reform. Mind you DoC still has a proverbial suite of Ministers to deal with!

DoC used to be in East Perth, but, to the acclaim of the City of Fremantle, Fremantle traders and Freo people generally, recently found its way to Fremantle, and moved some 1800 of its people into the specially repurposed FOMO in Kings Square, adjacent to the soon-to-be-completed City of Fremantle, Walyalup Civic Centre.

Now, it has to be said that ‘FOMO’ is not an acronym or a concept that easily trips from one’s lips – apparently a marketing concept meant to mean something like ‘Fremantle on my own’ – but the redevelopment, it must be said, is impressive – not only on the outside, but also on the inside.

Not only is DoC there, but so too are the ‘Ship watchers’ from the Department of Transport (Marine) – DoT(M)! And they all have great views over the Port City. If only they weren’t too busy to enjoy them! 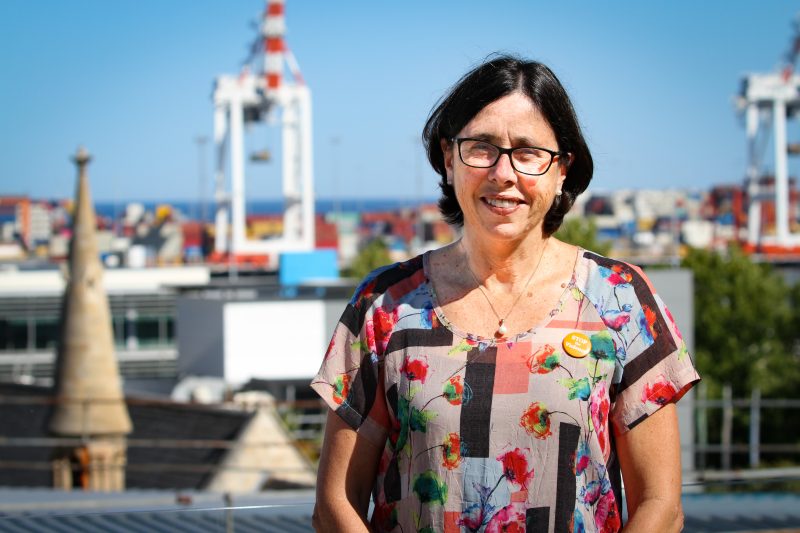 But back to DoC. The Director General of DoC is Michelle Andrews, a self-confessed Melville Girl made good. Michelle took on the top job at DoC just over a year ago and has overseen the move of the Department to FOMO. She is passionate about the work DoC does, and the important role of the public service.

Michelle kindly agreed to meet with the Editor of the Shipping News, Michael Barker, to discuss DoC, what its work comprises, the challenges faced, the effects of Covid, the move to Freo, what actually happens in the FOMO offices, and, more generally, the role of the WA public service as we enter – can you believe it? – the third decade of the 21st century.

Michelle Andrews is well placed to discuss all these things. She has spent 30 years in the State’s public sector, starting out in the field of environmental science and regulation, having been in a number of senior public sector positions including in Premier and Cabinet, recently having been closely involved in the preparation of the significant Service Priority Review report that deals with how State government services should be delivered, and now being the DG of DoC.

Listen here to our most informative podcast with Michelle Andrews. It’s one not to be missed.