Santa Denied Exemption – But Does Deal For Elves And Boomers

News fresh in from the North Pole confirms recent rumours from Dumas House that Santa won’t be given a special dispensation to enter Western Australian airspace to deliver Christmas presents this year to small West Aussie kids, but that he has struck a deal with the WA Premier and PM to outsource his responsibilities to WA-based elves and six boomers. (More on the roo gender allocation issue shortly – it is fair to say, it has not been uncontroversial.) 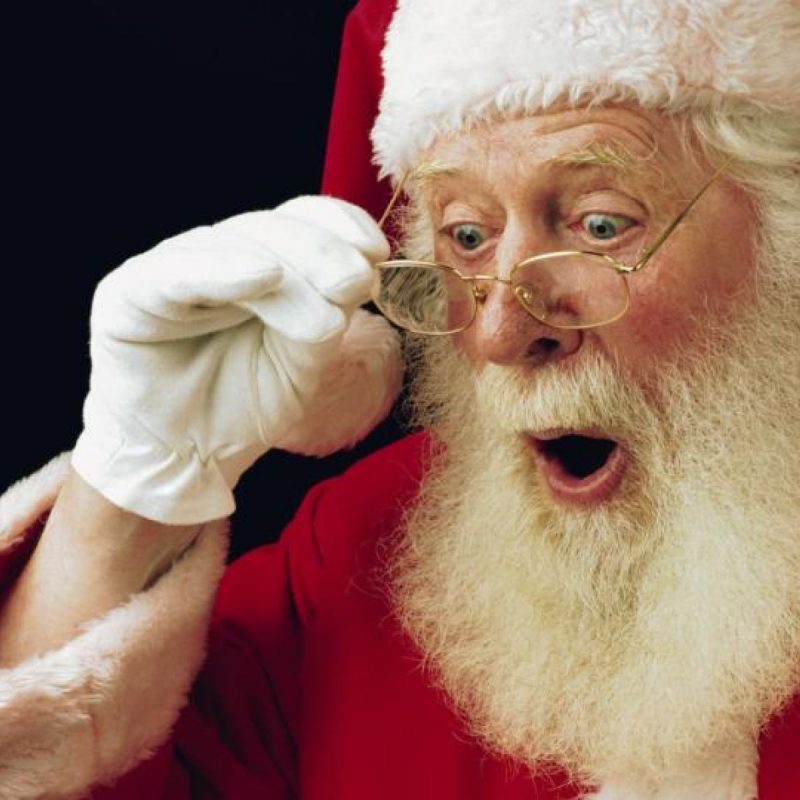 While Greenland and other places proximate to the North Pole, have near-nil covid statistics and few, if any, deaths, the facts remain, as the Premier pointed out at National Cabinet, Friday last, they did record some covid cases in the early part of the pandemic, leaving the arrival in WA of folk such as Mr and Mrs Claus, far too risky a proposition under the State’s covid-safe assessment system. Accordingly, even though the snow at the North Pole is as pure as that at Aspen, an exemption for Santa to make an appearance at Christmas in Western Australia, having regard to health advice, was something that could not be countenanced.

Santa was, apparently, initially weighing up a High Court challenge to the legitimacy of the WA rebuff heading into Christmas, but he, with Mrs Claus’ support, eventually suggested the ‘local option’ that the Premier indicated he would, on balance, after much thought, and not a little angst, consider reasonably appropriate, in all the circumstances.

The Premier noted that the Claus’ local solution was especially noteworthy because of the job-making outcomes it offered for the hitherto under-employed WA-based elves and the irregularly employed handlers of the boomers. 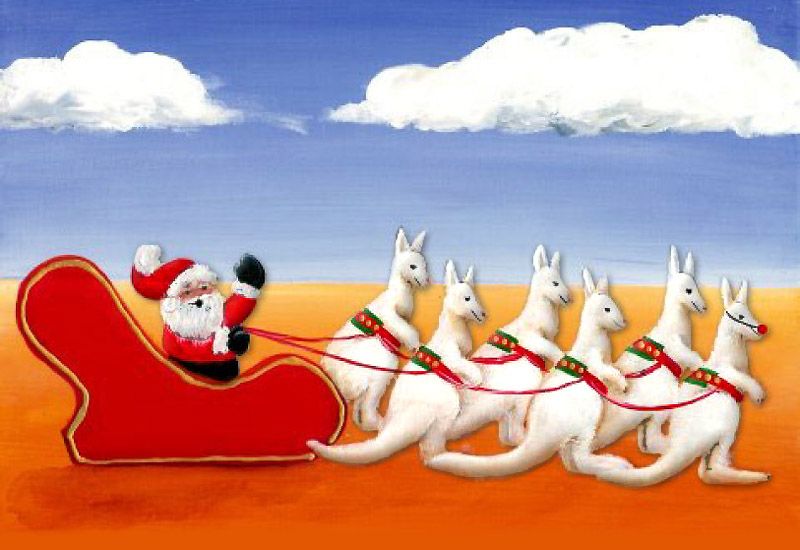 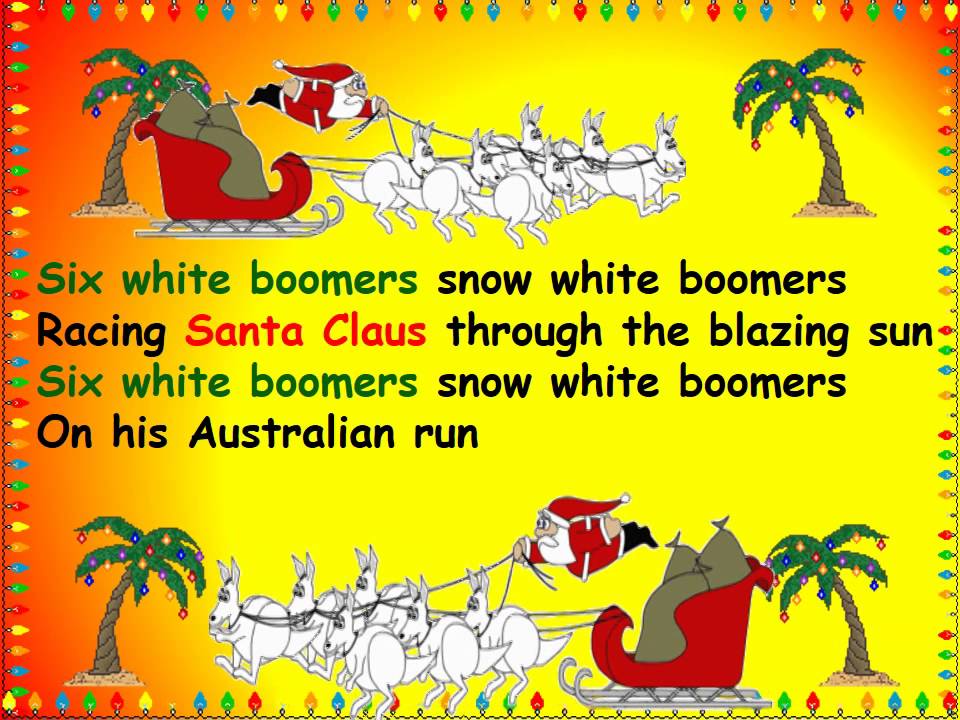 The reindeers were never going to justify an exemption permitting them to convey the sleigh full of presents into WA airspace. The high levels of covid in Northern Europe, the US and Canada always meant the clamp on their use would remain in place. Ditto for northern hemisphere elves. As the Premier remarked, ‘If you can’t be sure about the Swedes, how could you be sure about a bunch of elves?’.

There remained a question whether the sleigh could be piled high, or low, with gifts emanating from the North Pole. Many gifts are reportedly made in covid-active countries. And even if made in largely covid-free China, questions remained whether the PM would allow them into Australian airspace any time soon without a commitment from Beijing to purchase a 10 year supply of Hunter Valley or Queensland coal. 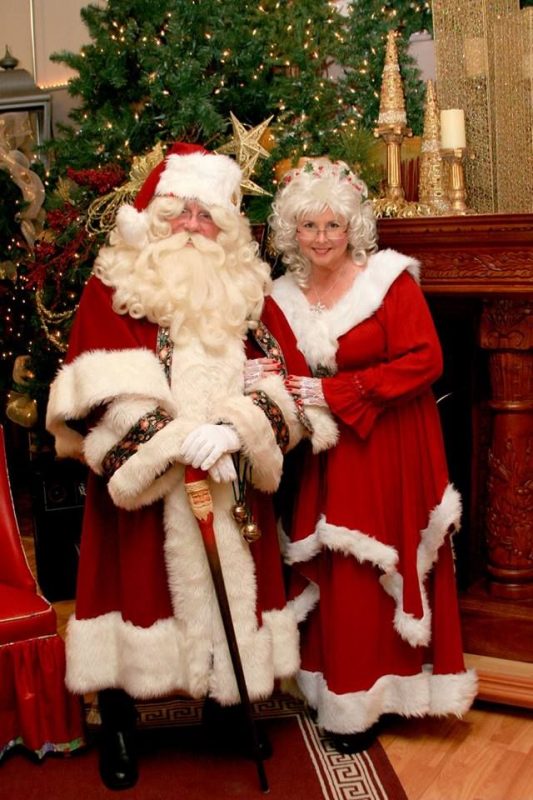 Problem solved. Mrs Claus, referencing AFL hub theory and practice, convinced a wary PM and sceptical State Premier, that if the gifts, wherever manufactured, were quarantined in Santa’s basement for 14 days, then wrapped in carefully-sprayed wrapping and quarantined for a further 14 days prior to delivery, then their collection from quarantine by WA-based Aussie elves on a sleigh pulled by covid-free, West Aussie kangaroos would constitute a sufficiently unobjectionable plan.

Victory! Or so it seemed.

That’s where things got a little ugly. Santa, referencing the 60’s Christmas song ‘Six White Boomers’, insisted the ‘roos had to be white and male; they had to be ‘boomers’. This is where sane, sensible Mrs Claus stepped in. First, she scolded Mr Claus for thinking there ever was a 60s Christmas hit called ‘Six White Boomers’. Then she insisted a ‘boomer’ could be a kangaroo of any gender, just as a PM, or an actor, or an undertaker, or an elf indeed, could be a person of any gender. And ‘white’? she asked. Santa retreated. The deal was done.

So, we at the Fremantle Shipping News are very pleased to be able to assure West Aussie kids everywhere that Christmas will be happening this year, even if Santa can’t himself, personally sled in with the reindeers. And that your Christmas presents will be arriving on a sleigh pulled by six strong kangaroos carrying a bunch of local elves who will be scurrying up and down chimneys to deliver your presents under Christmas trees and in pillow slips at the end of your beds on Christmas night!

How exciting is that?!