Next time you are flexing your newfound freedom in Fremantle, look out for an enormous mural on Bannister Street. It completely covers a wall of the Hougoumont Hotel.
It’s the work of Fintan Magee, a Sydney-based artist and muralist who is at the forefront of the Australian large-scale mural/street art movement.
This fabulous mural is titled Escape Artist and was completed earlier this year. It is dedicated to six Irish Fenian Prisoners who escaped from West Australia in 1876.
It also pays homage to Fremantle’s rich past and the port’s history and the concept of new beginnings. The work depicts a man floating in the ocean and six flying geese.
In Irish history, the term Wild Geese, refers to the tens of thousands of Irishmen who fought other peoples’ wars. Between 1689-1691, approximately 30,000 soldiers left Ireland to fight in the Irish Brigades for Catholic France against England.
This began an exodus of Irish soldiers to Continental Europe over the next 300 years. Driven from their homeland by centuries of English domination, Irish soldiers went to war under many flags: France, Spain, Austria, Russia and America.
During the mid 1860s, the British sent dozens of Irish Republicans to Western Australia, then a penal colony. The Hougoumont was the last convict ship to arrive in Australia. On 10 January 1868, she sailed into Fremantle, carrying 62 Fenian political prisoners as part of a total of 280 convicts.
Of the Fenians, 45 were civilians and 17 military Fenians who had served with the British army. They were classed as criminals and kept with the other criminals below decks. During the voyage, these men called themselves, The Wild Geese and penned a newspaper by the same name.
In 1876, six of these military Fenians escaped from Fremantle Prison, then known as The Convict Establishment. Seven years earlier another prisoner, JB O’Reilly (yes the Leederville Pub is named after him) escaped from a gang building the road between Bunbury and Busselton, and made his way to America. He joined “Clan na Gael”, an organization that supported armed uprising in Ireland.
This organisation hatched a plan to rescue a number of imprisoned Fenians held at Fremantle Prison.  They purchased a whaling ship, the Catalpa, sailed to Fremantle with cargo, and for several months planned the escape. 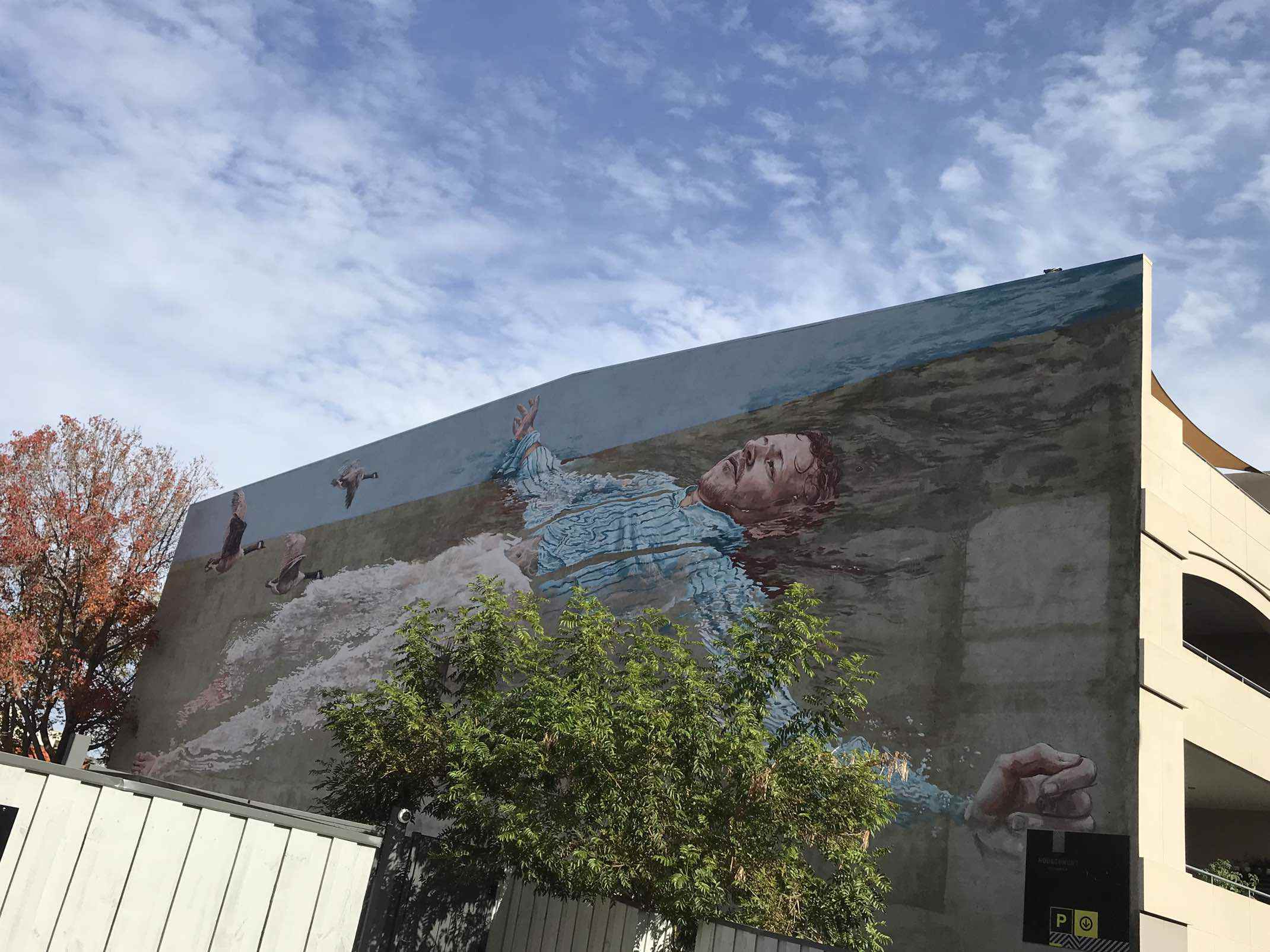 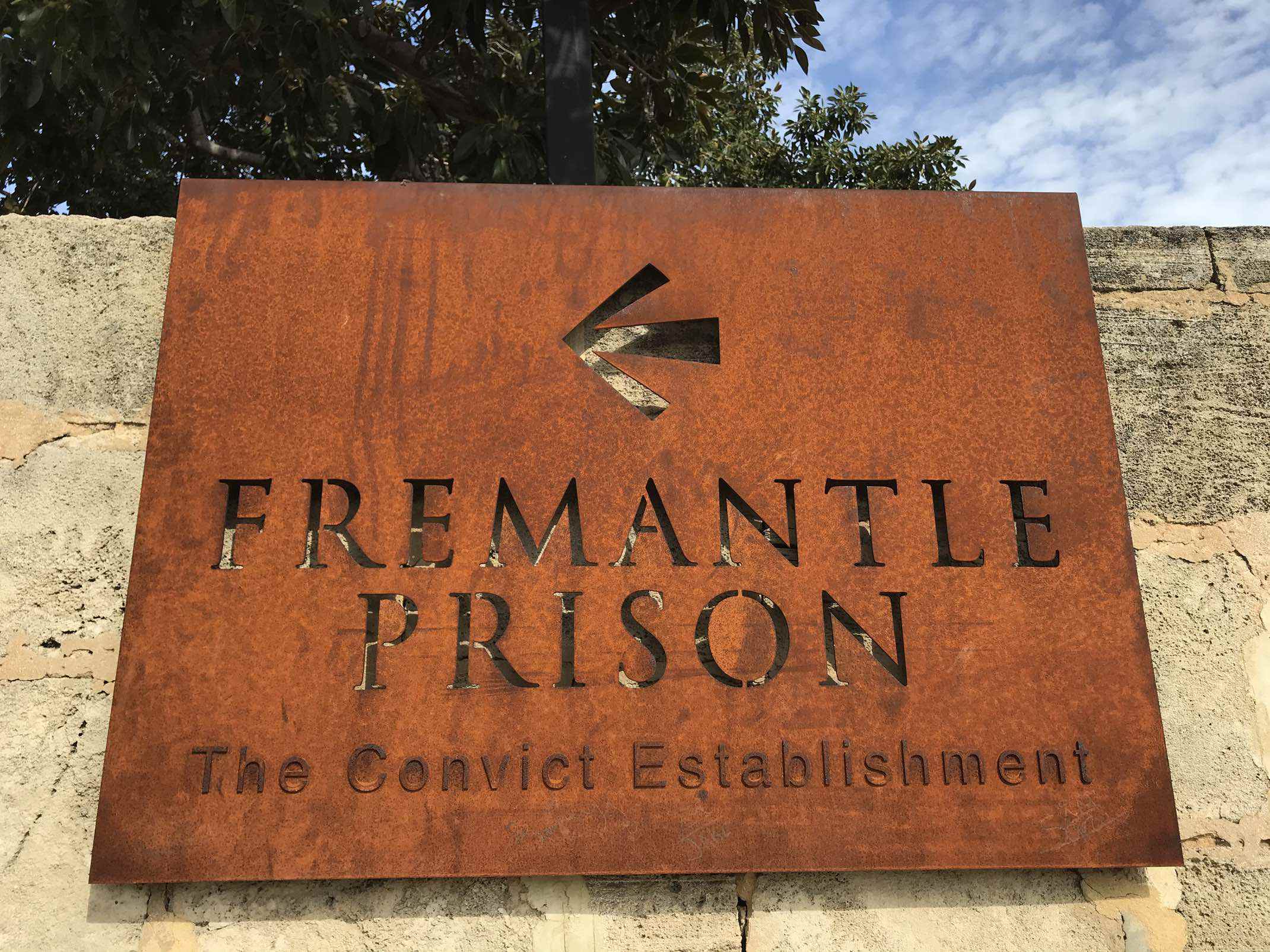 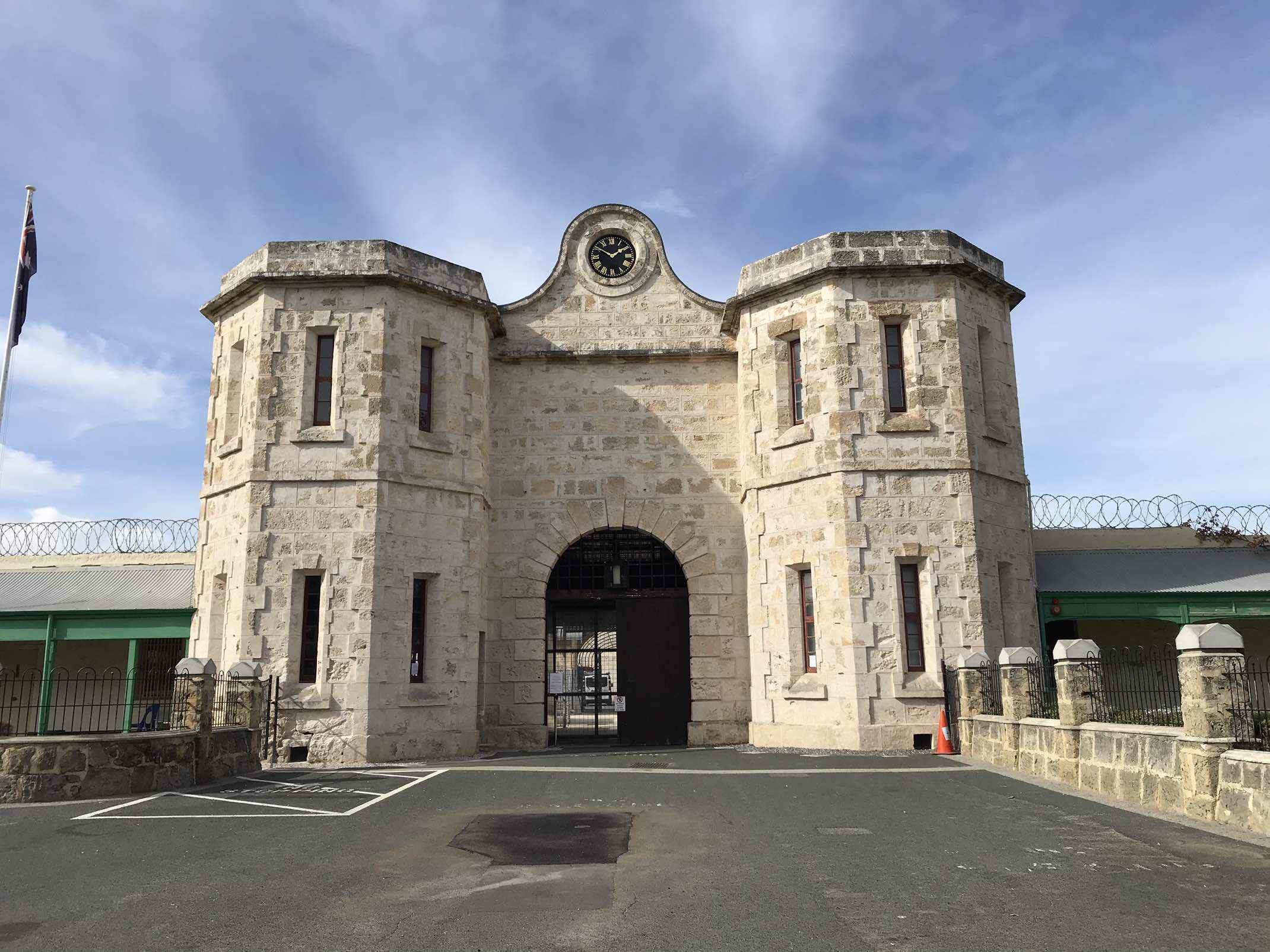 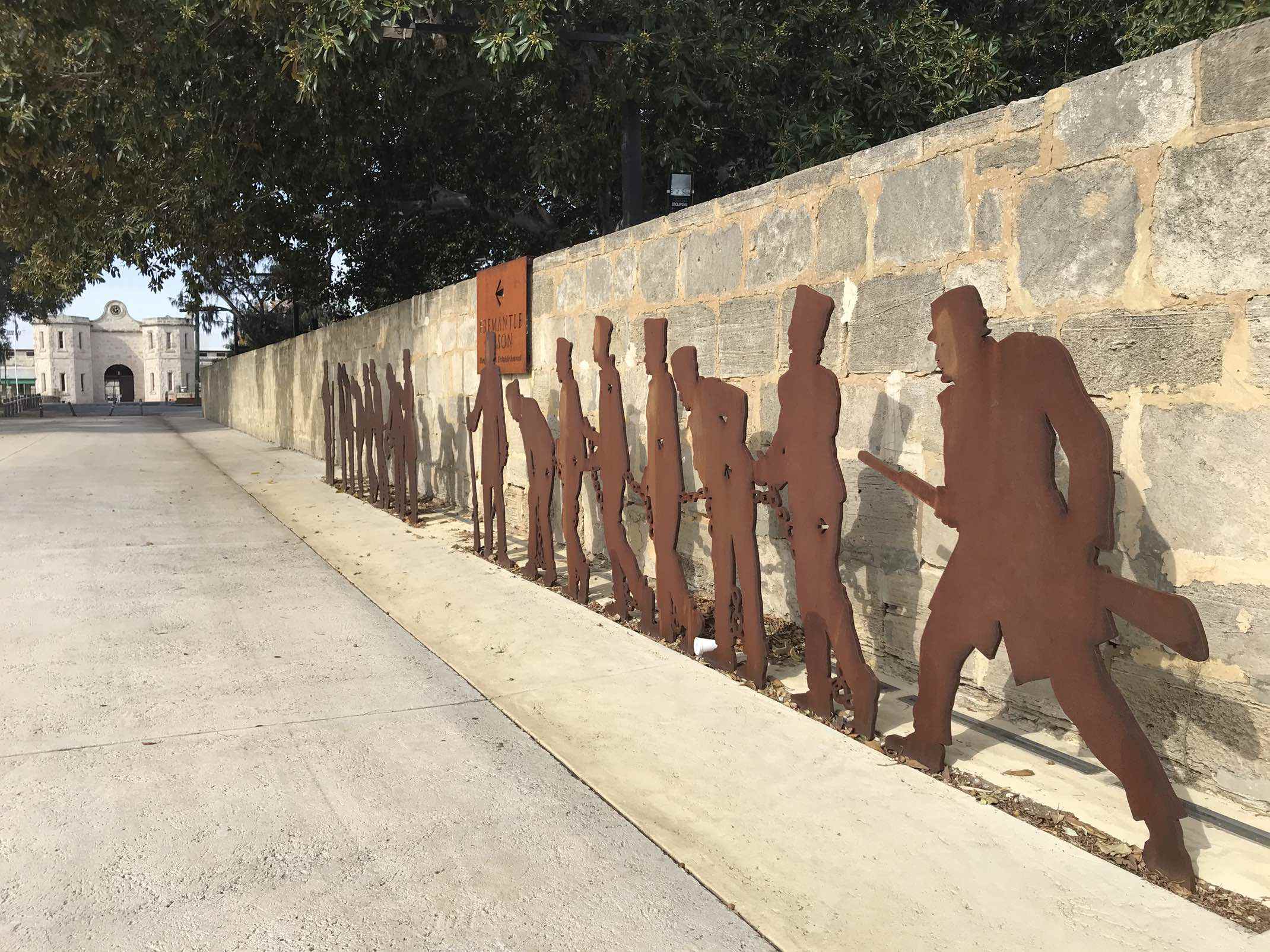 The six prisoners escaped from a work party outside Fremantle prison walls. They travelled by horse and cart to Rockingham. The fugitives and their rescuers sailed from Rockingham in one of the most daring prison escapes ever recorded.
The water police gave chase, also an armed streamer firing her cannon at the Catalpa. The captain raised the American flag and sailed with the six Wild Geese into the west.
They reached America and lived the remainder of their lives as free men. This escape linked Ireland, Australia and America.
There is a beautiful sculpture at Palm Beach, Rockingham commemorating the escape. The memorial is a statue of six larger-than-life wild geese in flight.
The term Wild Geese now includes all Irish emigrants of whatever period living abroad. The story in Fintan Magee’s mural references Irish cultural ideas of life and death, and new beginnings in foreign lands.
In Irish mythology, Tír na nÓg (Land of Youth) is an otherworld beyond the sea. It is a supernatural realm of everlasting youth, beauty, health, abundance and joy. This mystical land can be reached by going under water, travelling across the sea, or turning into a bird and flying there.
The concept of new beginnings in foreign lands relates to all of us who migrated to Australia to build new lives.
Footnote:  Two years ago last January, The Fenian Festival in which Fremantle celebrated JB, the Wild Geese and the Hougoumont was a spectacular success. Here’s a link to seven stories focusing on the last convict ship as she approached Fremantle. The Voyage of The Hougoumont – Entry 7 – Fremantle Shipping News
Share this
Related Articles