Thursday morning. Around 10 am. Suddenly there’s a helicopter overhead. Then it’s sounding its alarm. Is it a shark siren? Everyone in and out of the water look at each other. Some swimmers leave the water. Some waders just stand there. All watch the helicopter. The helicopter then moves a little south and hovers over the Dog Beach. (Perish the thought!) Then it turns and flies south over South Beach again, towards Coogee Beach. We seem to be safe. Phew! * 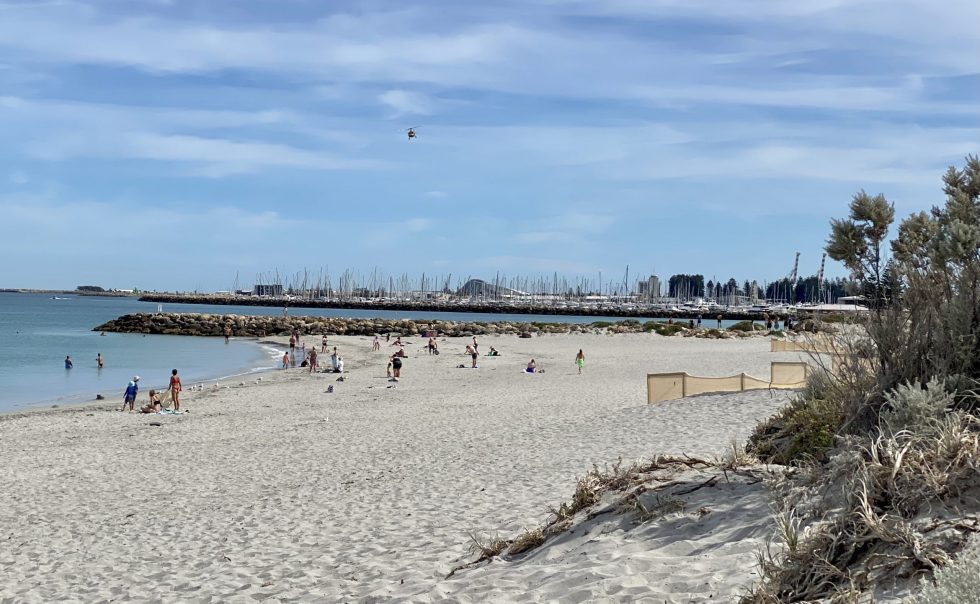 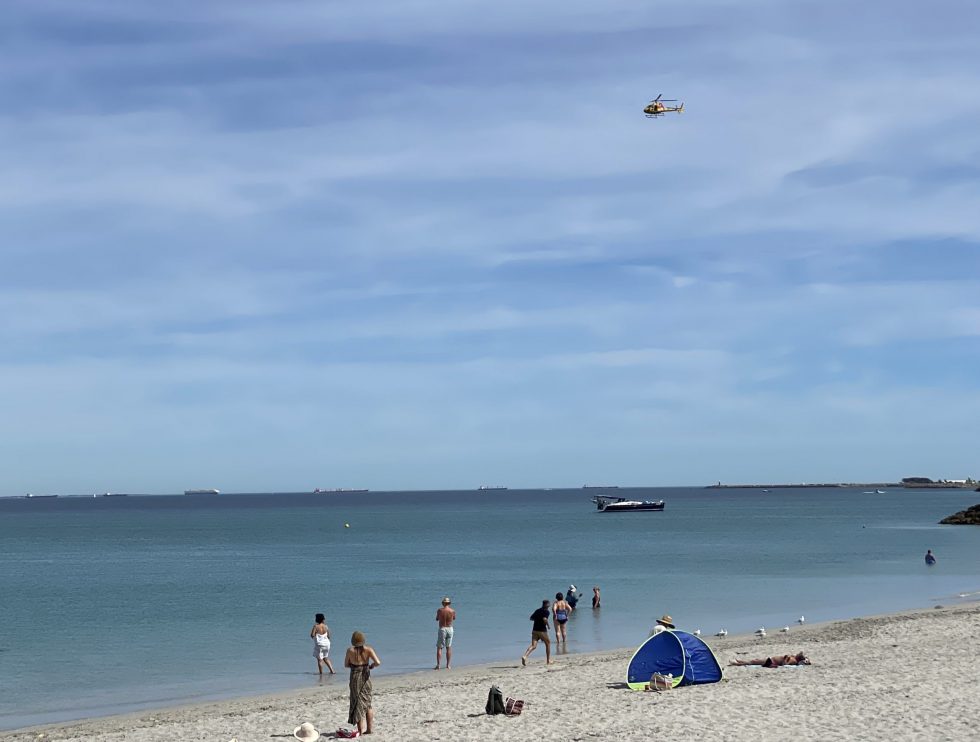 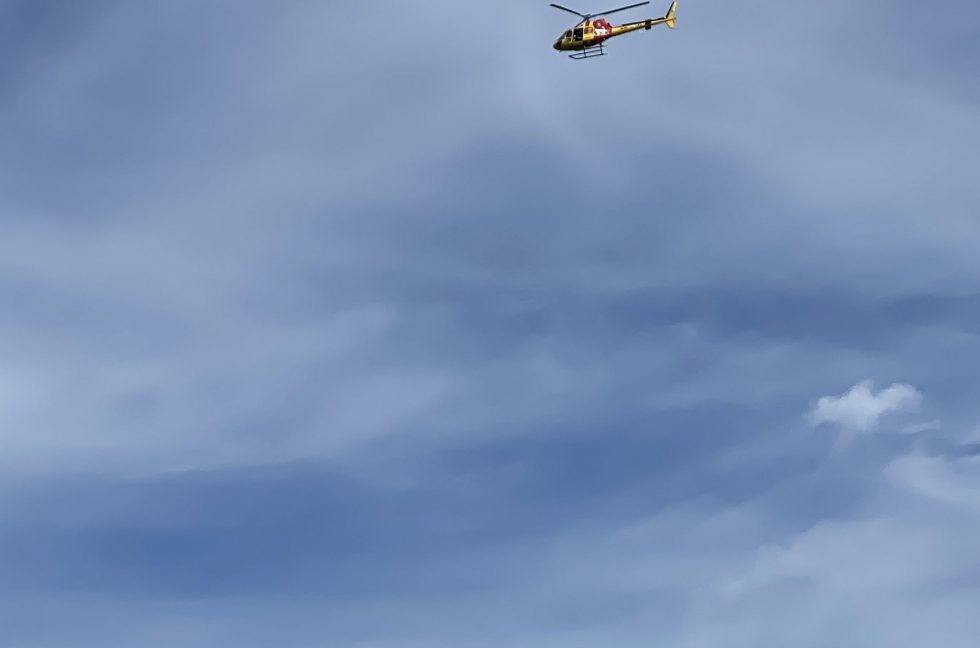 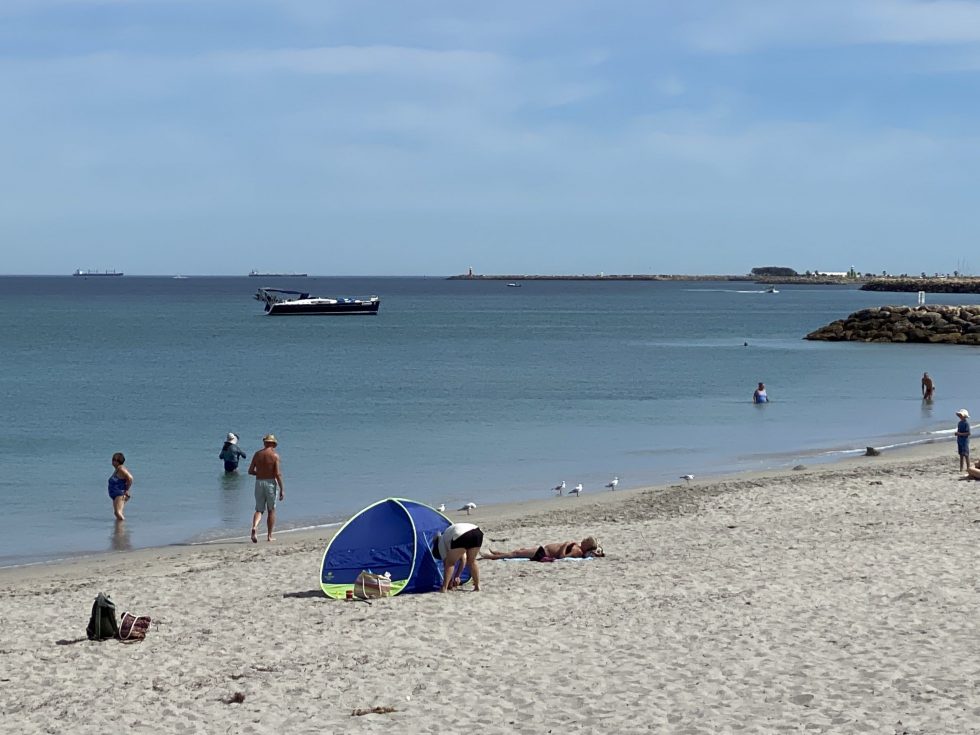 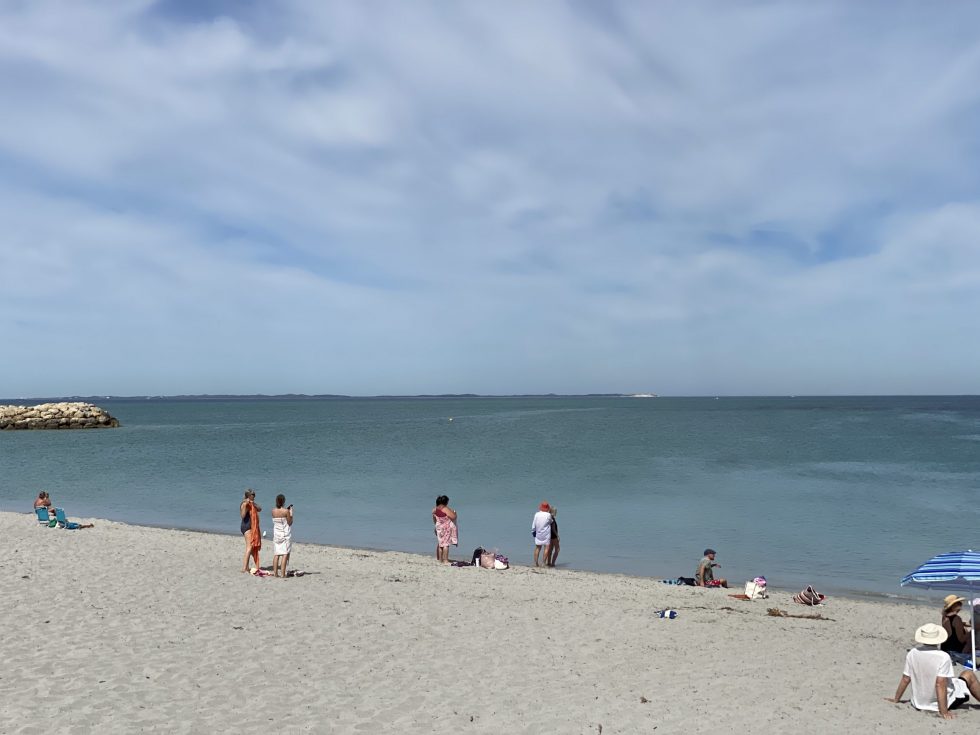 * Update – While the helicopter’s movements after the siren was sounded for a short period suggested the concern had passed, we have since learned this: a 2 metre shark of unknown species was in fact sighted just after 10 am in Success Boat Harbour 200 metres offshore, and tracking east. Not so far from Dog Beach and South Beach. So, if the SLSWA (Surf Life Saving WA) chopper is hovering and sounding its siren, be assured it’s not a false alarm. It seems the shark was later seen heading out to open water, according to one report. SharkSmartWA is a good App to follow.

Here’s what SharkSmartWA was showing yesterday. 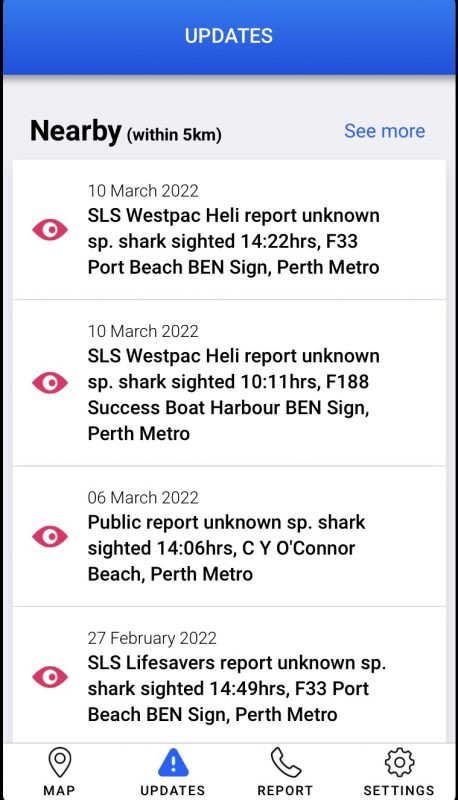