April 24, 2020May 1, 2020 in Life, Law & Culture
The Shipping News is pleased to introduce a new section, Fine Photography, featuring photographers of note, from in and around Fremantle, and sharing our peeks into their impressive portfolios.
Each week we will introduce a new photographer and share a range of their work, both from their archives and from the here and now.
Both in colour and in black and white.
Both on film and developed digitally.
Both men and women.
Subjects various.
With insights from the artists.
What more could you ask? (Well, if there is something, please email us!)

For this very first instalment of Fine Photography, with ANZAC Day upon us tomorrow, Saturday 25 April 2020, we have asked two local photographers of note, Lidia D’Opera and Roger Garwood, to dig into their archives for favourite ANZAC Day images from years gone by that will help us reflect on things ANZAC.
So, here is a special snapshot presentation of ANZAC Day Years Past.
In the main, as you will see, the photographs have an iconic Freo focus and distinctiveness to them. But there is one of Roger’s that was shot at the memorial in Kings Park, way back in 1977 and another from Boulder in 1989. Too good to leave out just on account of them having been taken distant from our part of the Derbarl Yerrigan and Walyalup.

Lidia’s work has been featured in many exhibitions too long to mention here. In 2012, she was named Winner, Travel Book of the Year in the travel category of the HeadOn Festival, Sydney, for her title, Lidia D’Opera’s New York. Here’s Lidia’s lovely website.
She says that ‘I have developed a unique style in street and portrait photography using simple equipment which enables me to work discretely, and get close to my subject matter. This technique results in reflections of whimsical, enchanting, moments which reflect lifestyles from around the world.’ 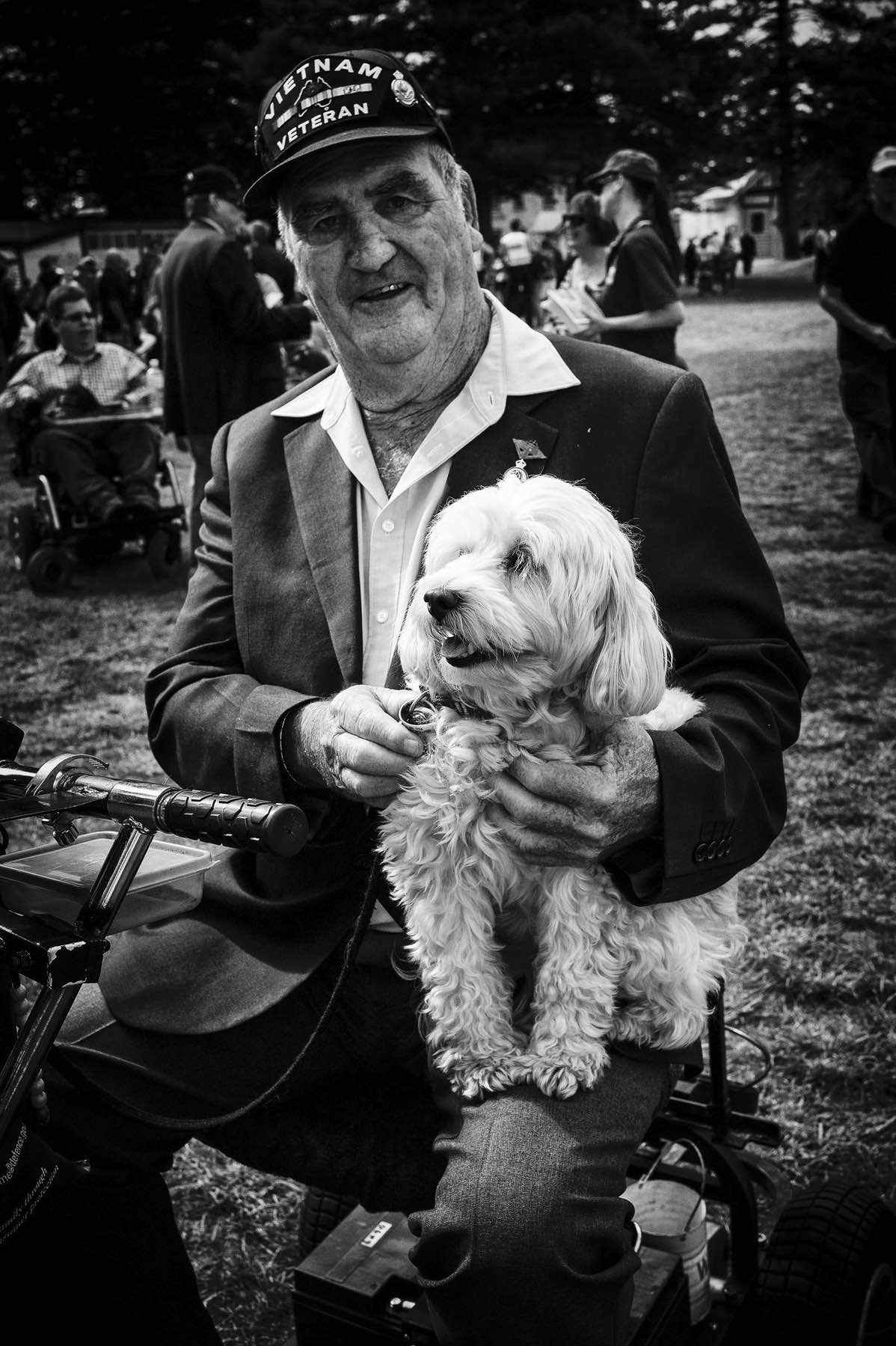 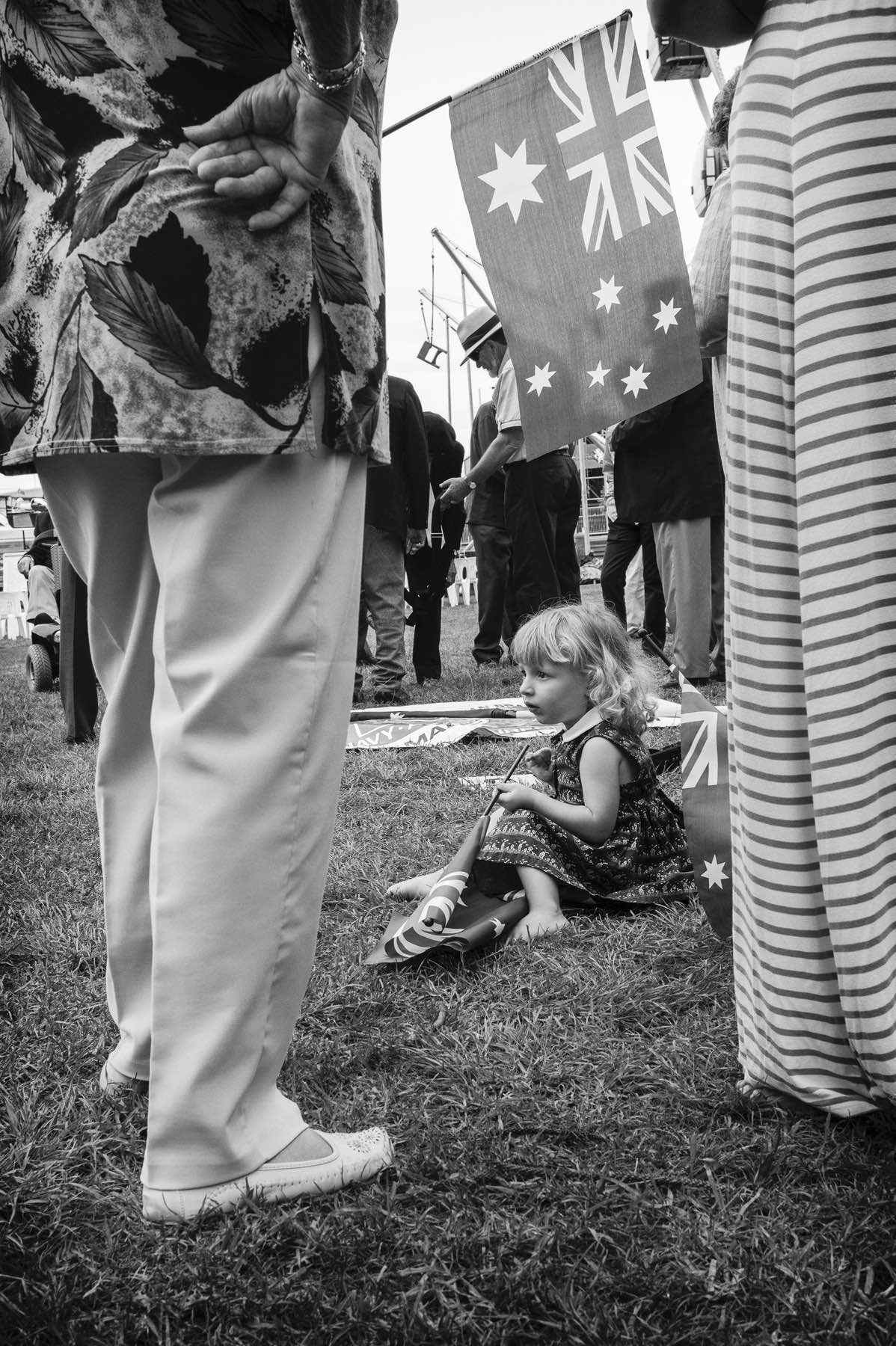 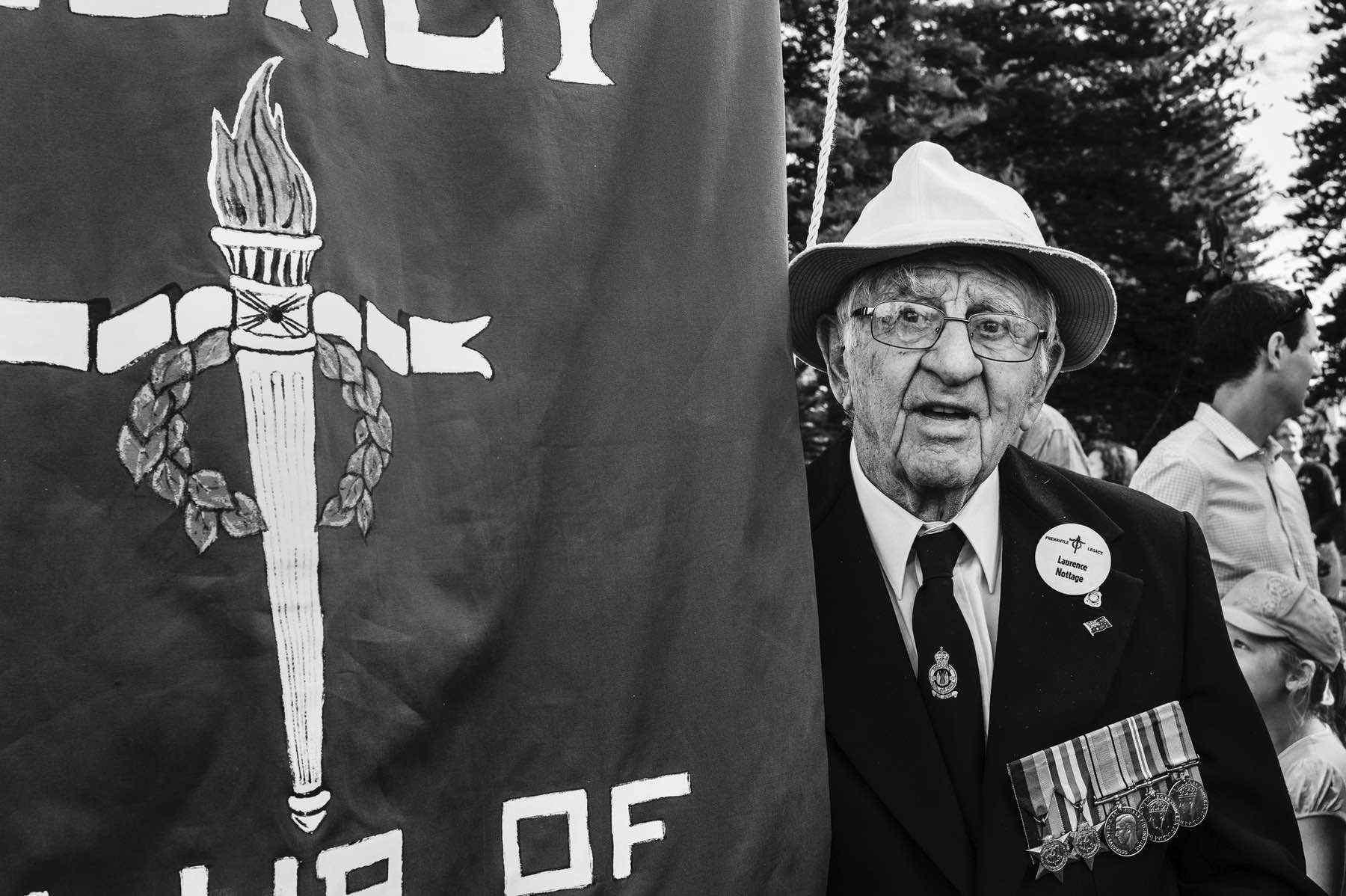 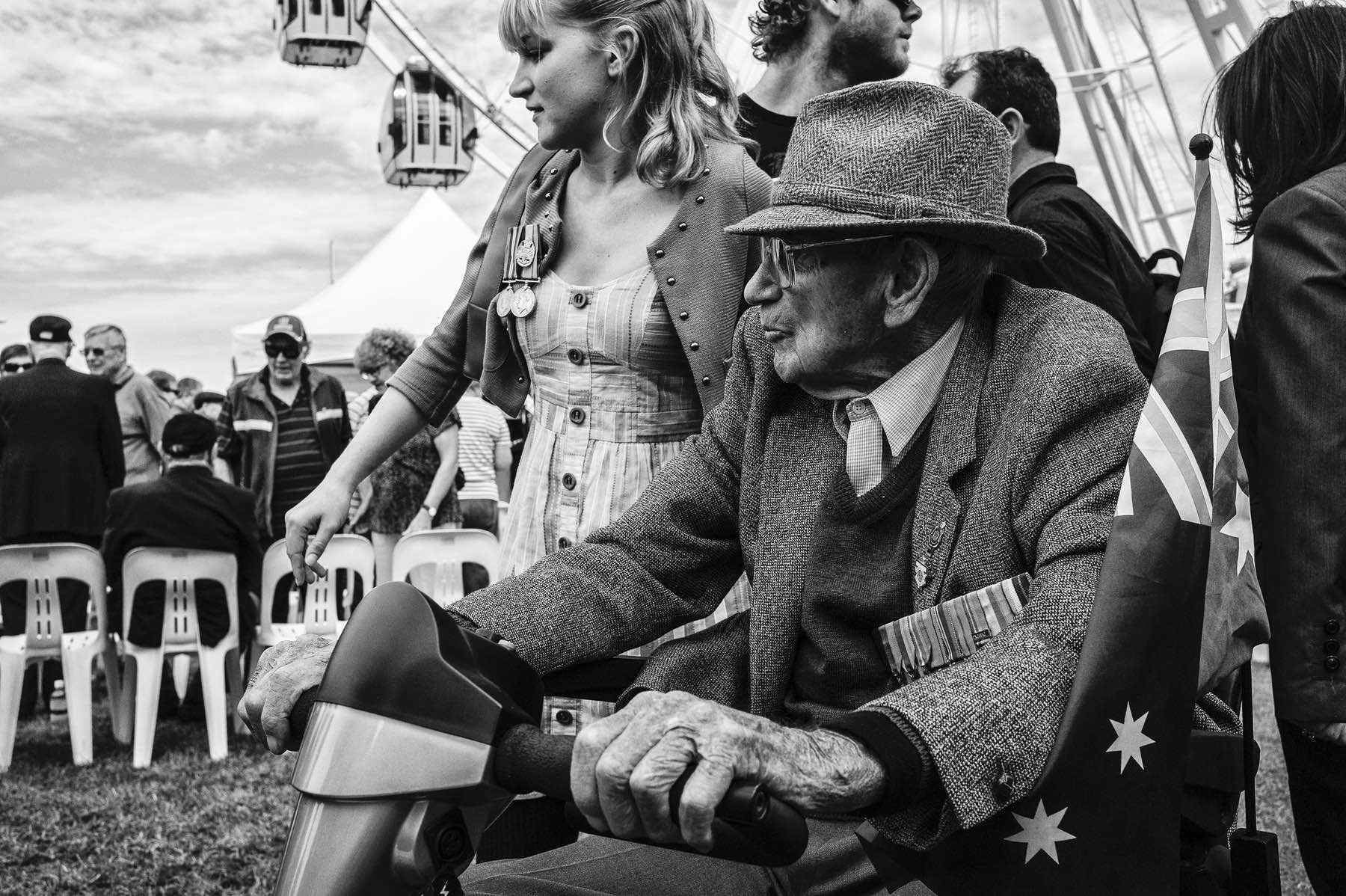 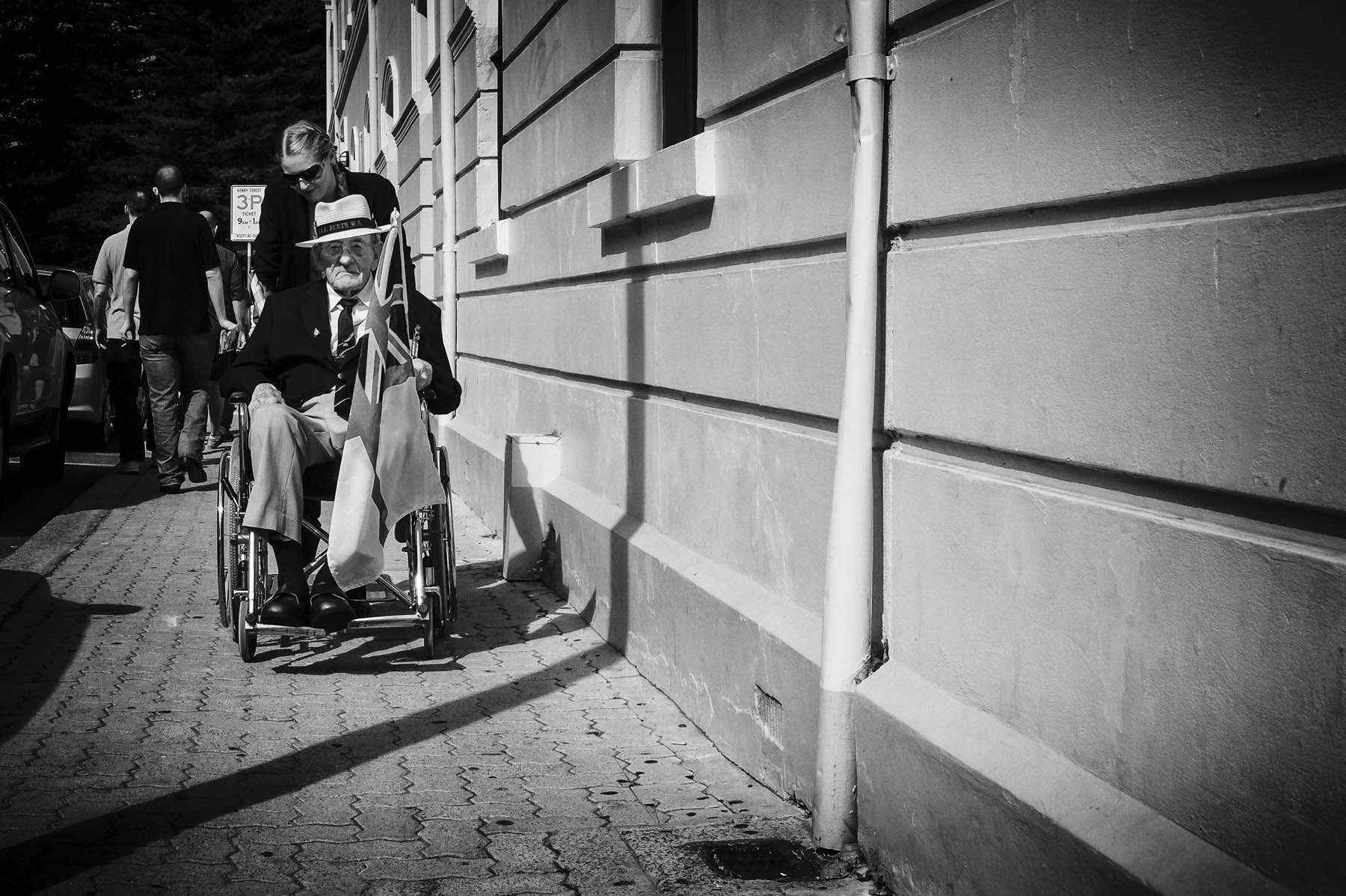 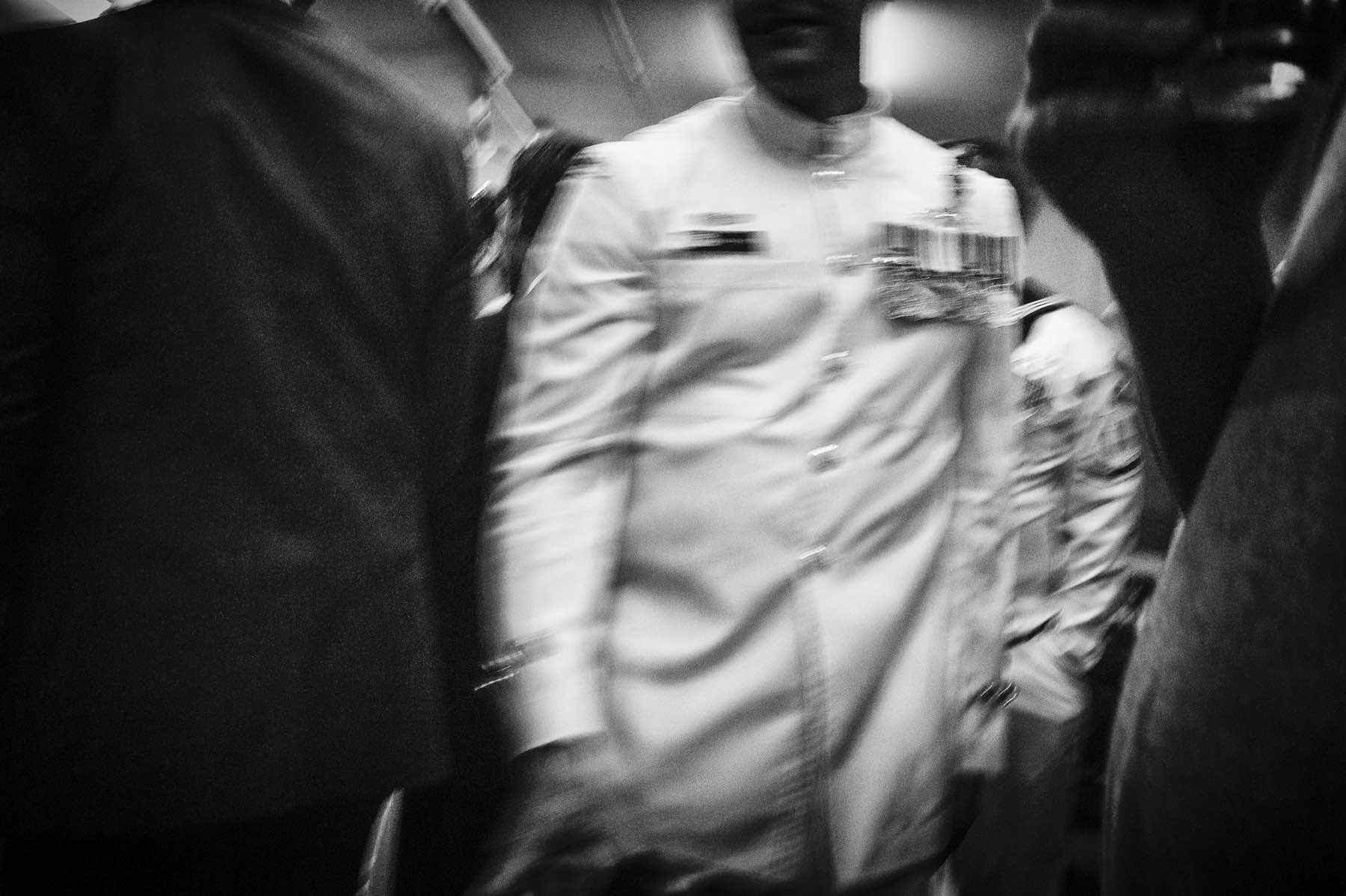 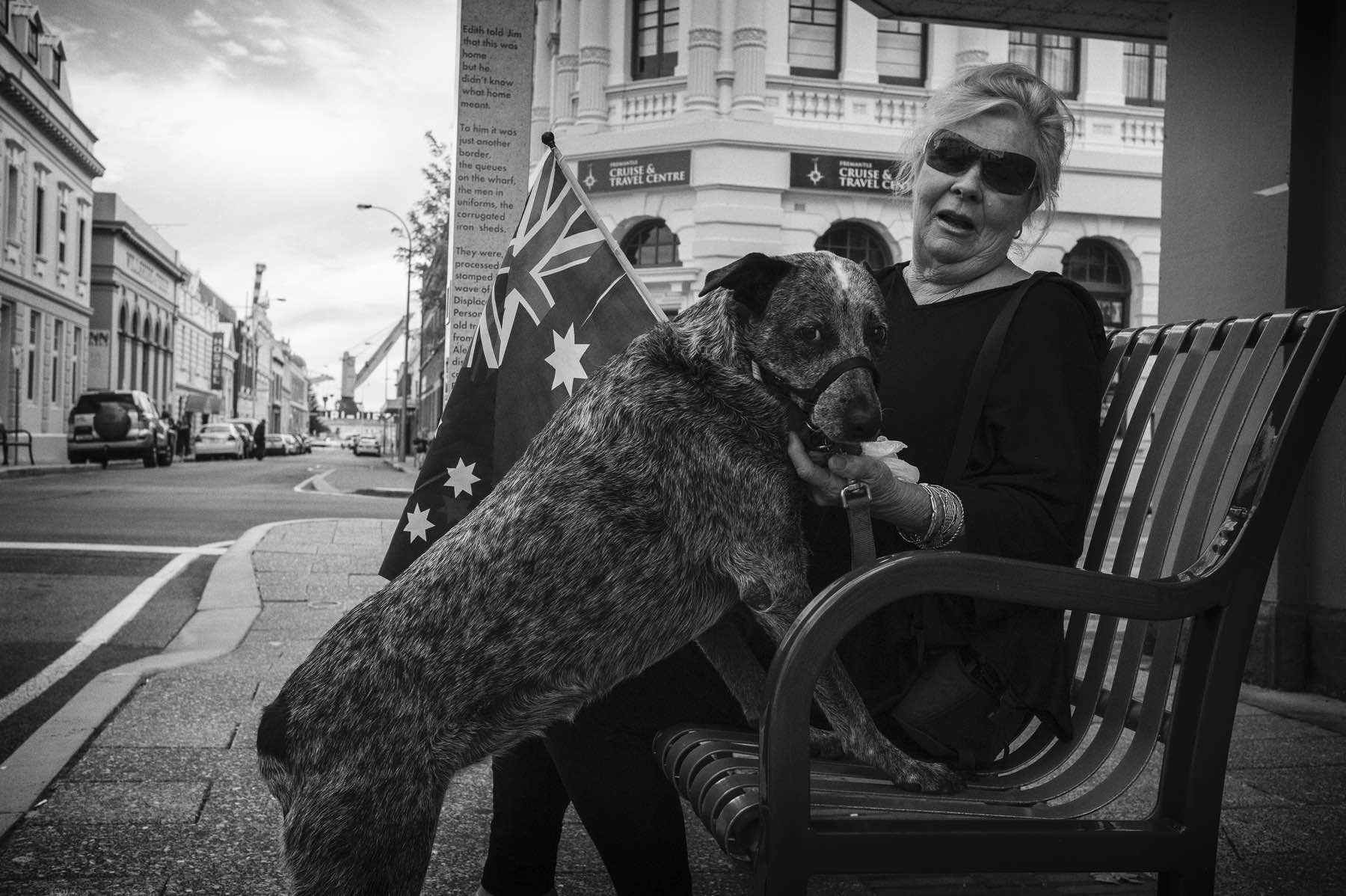 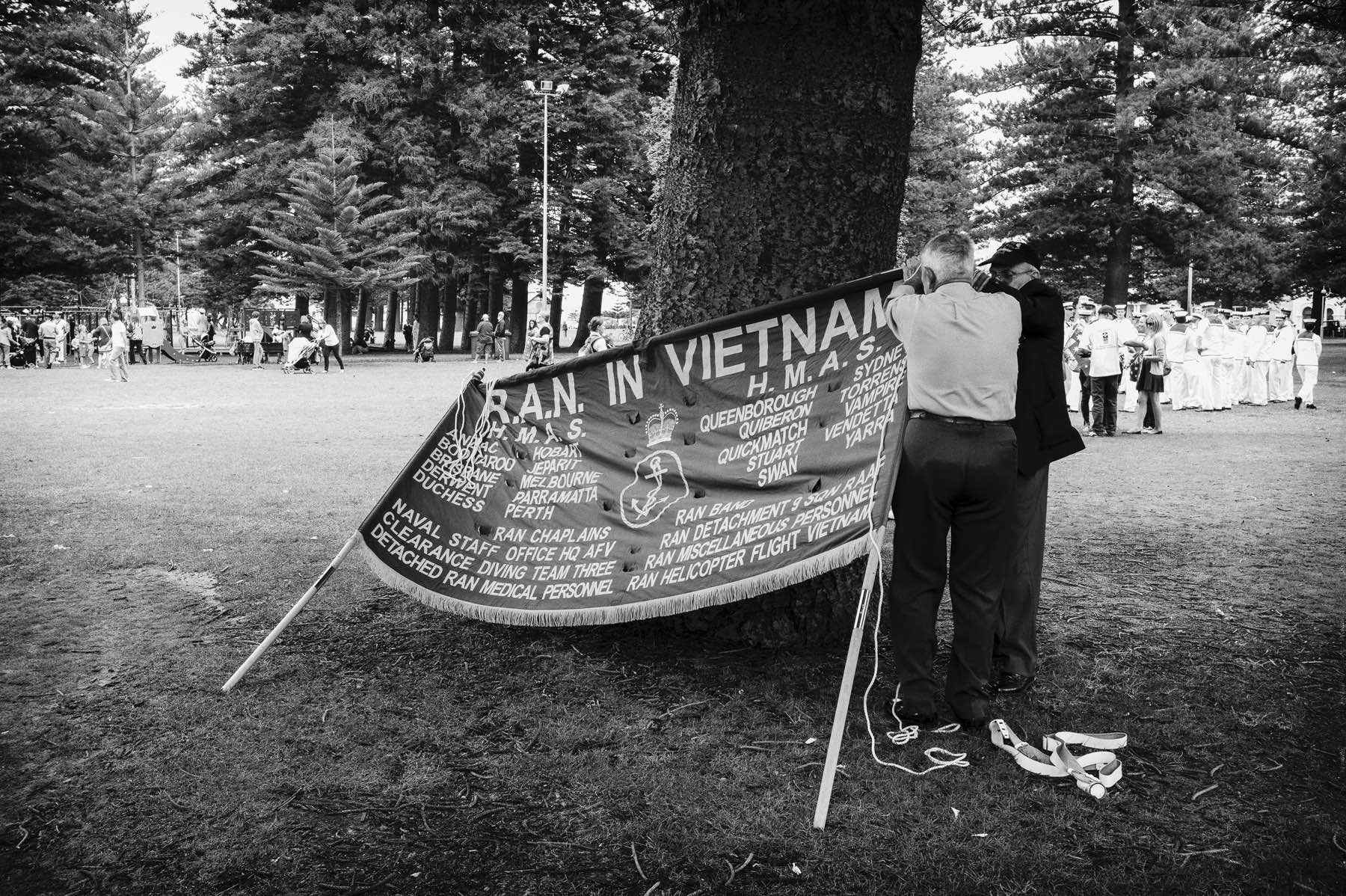 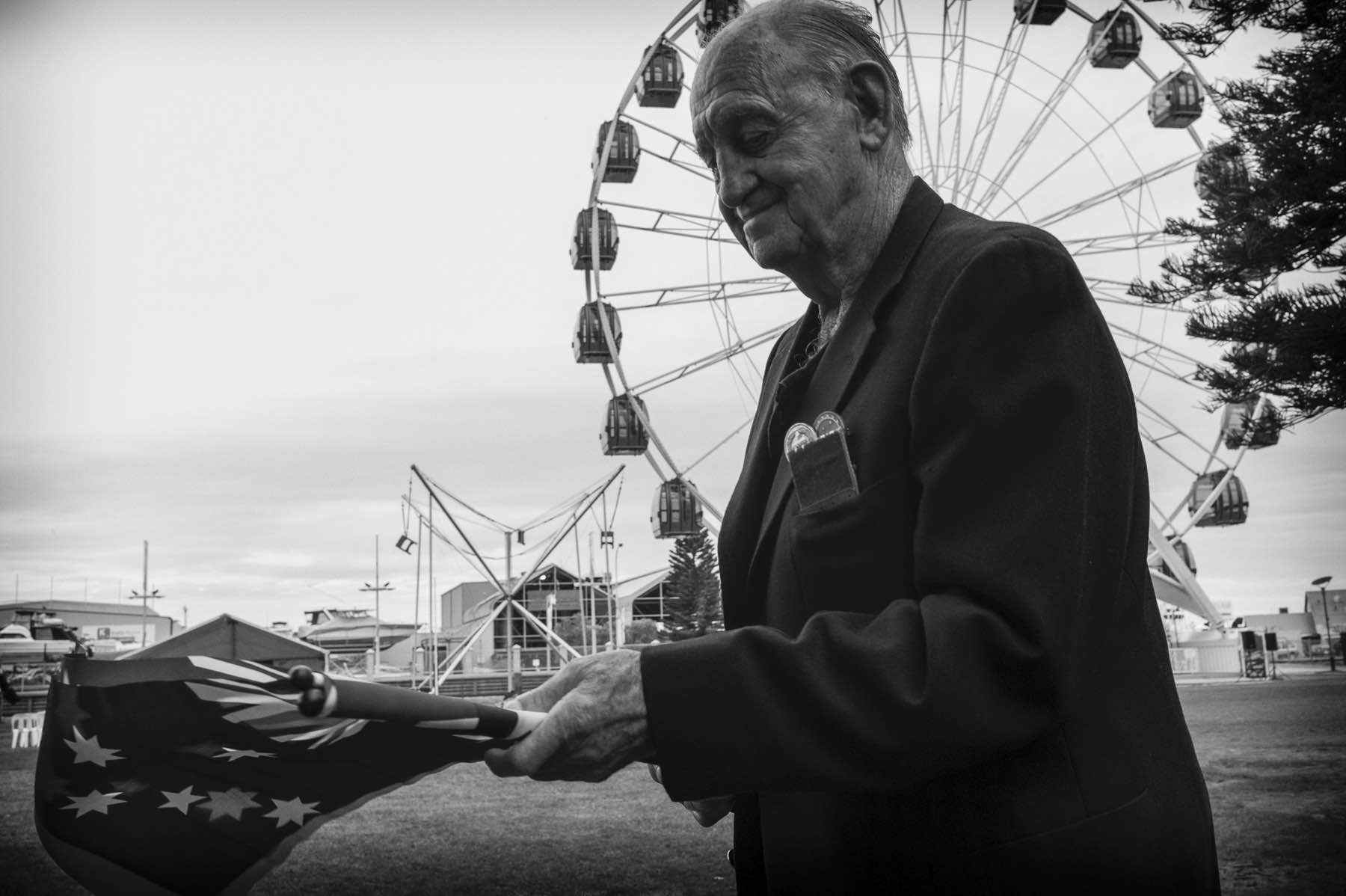 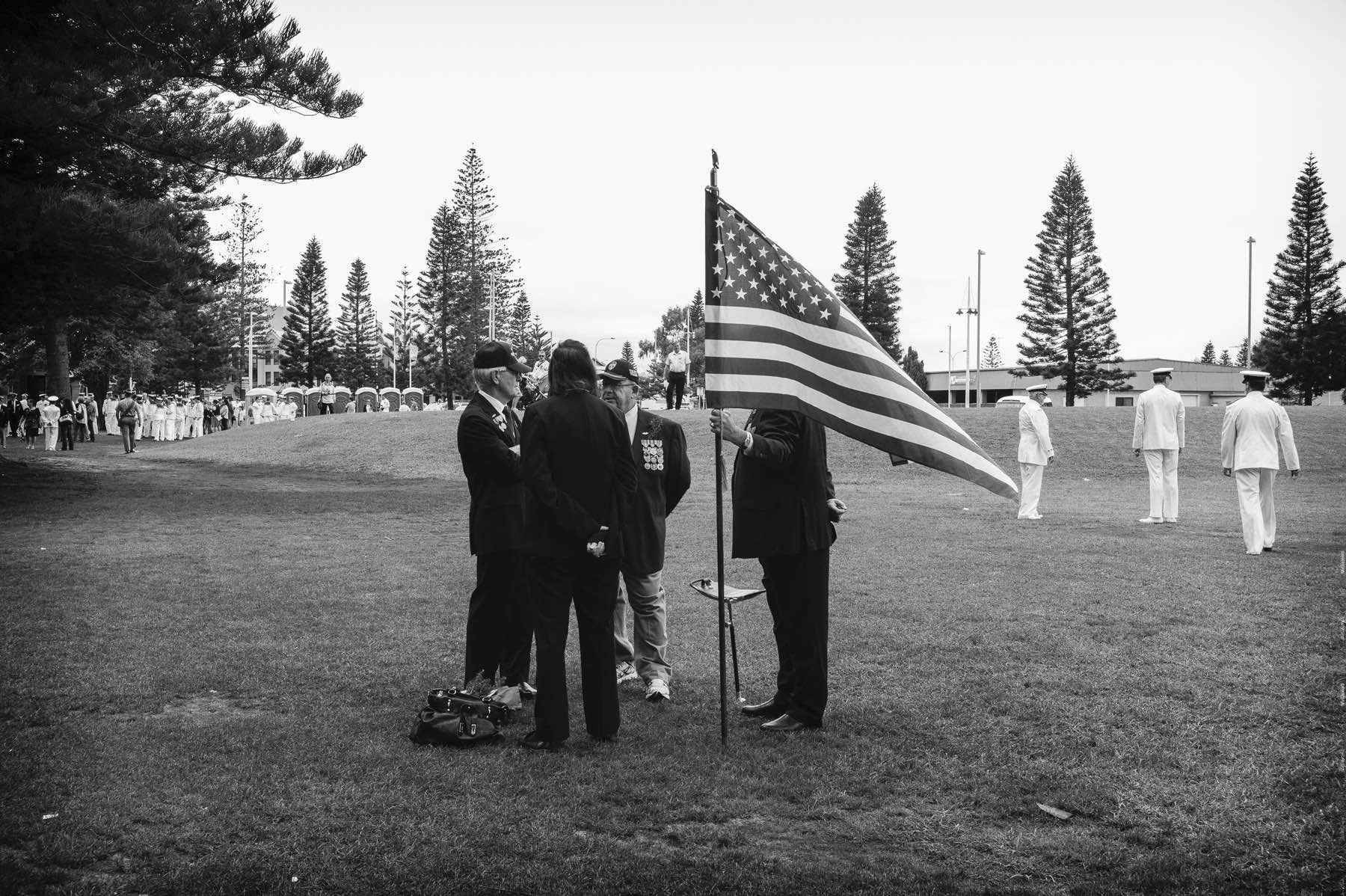 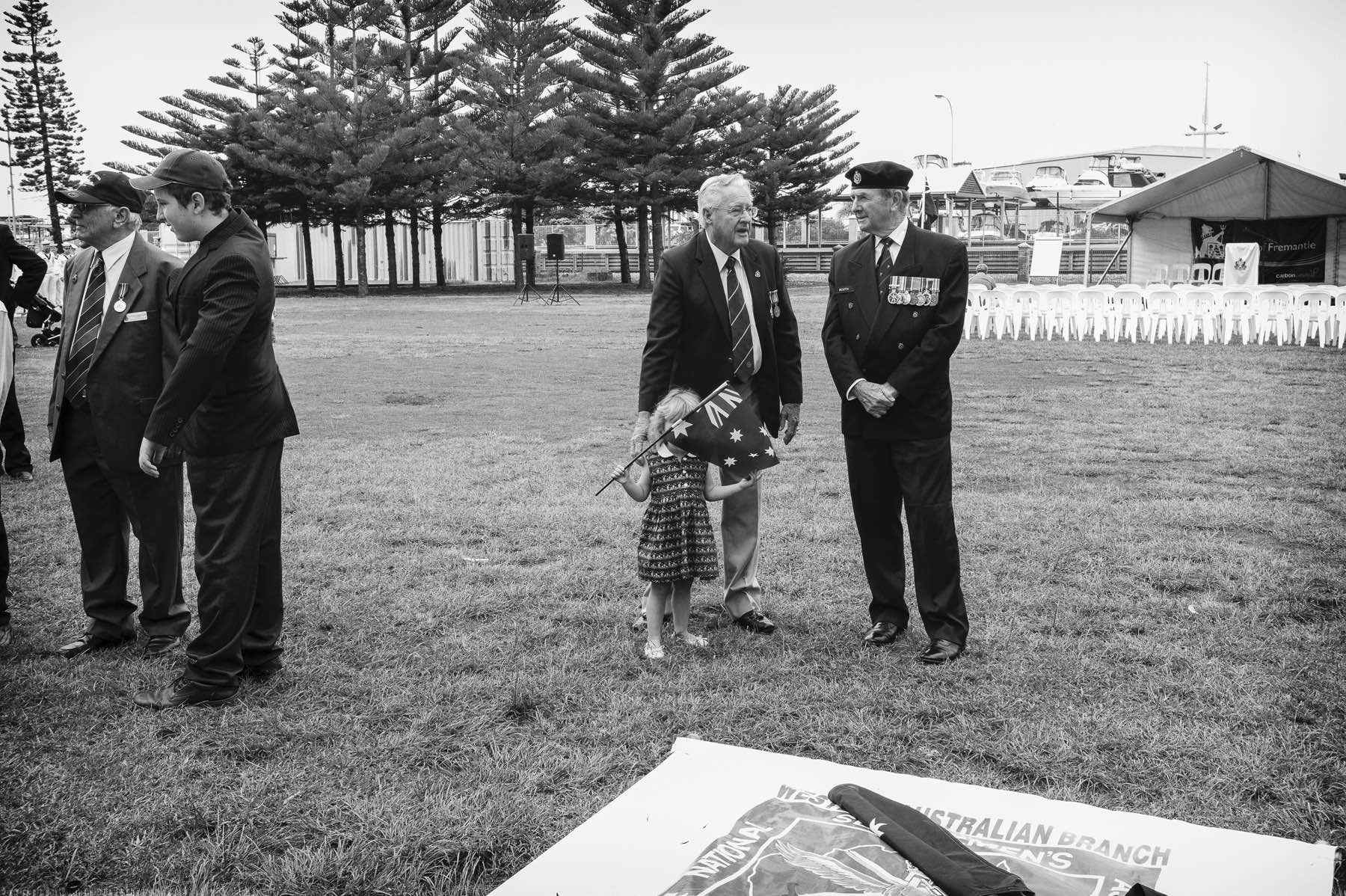 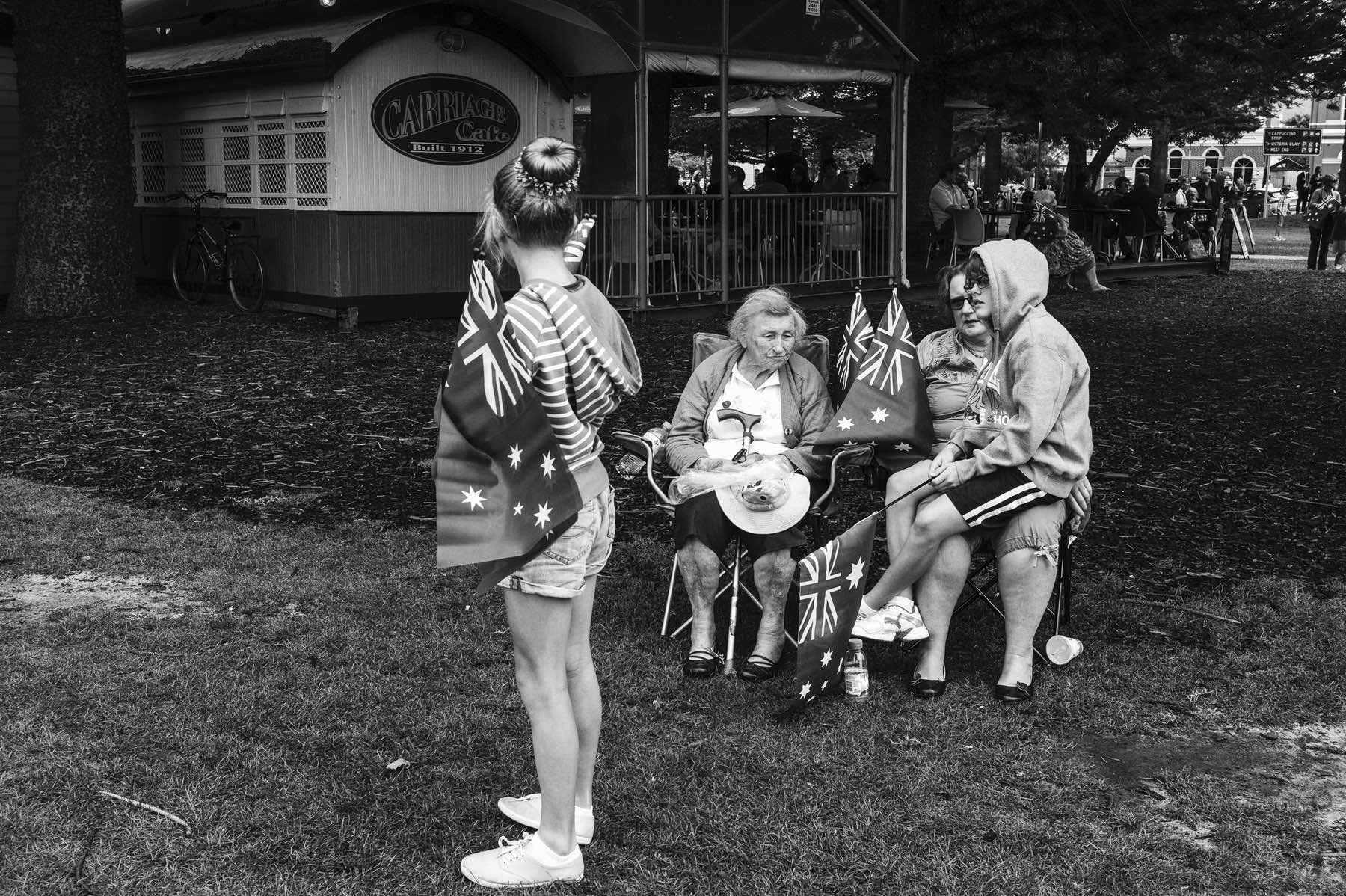 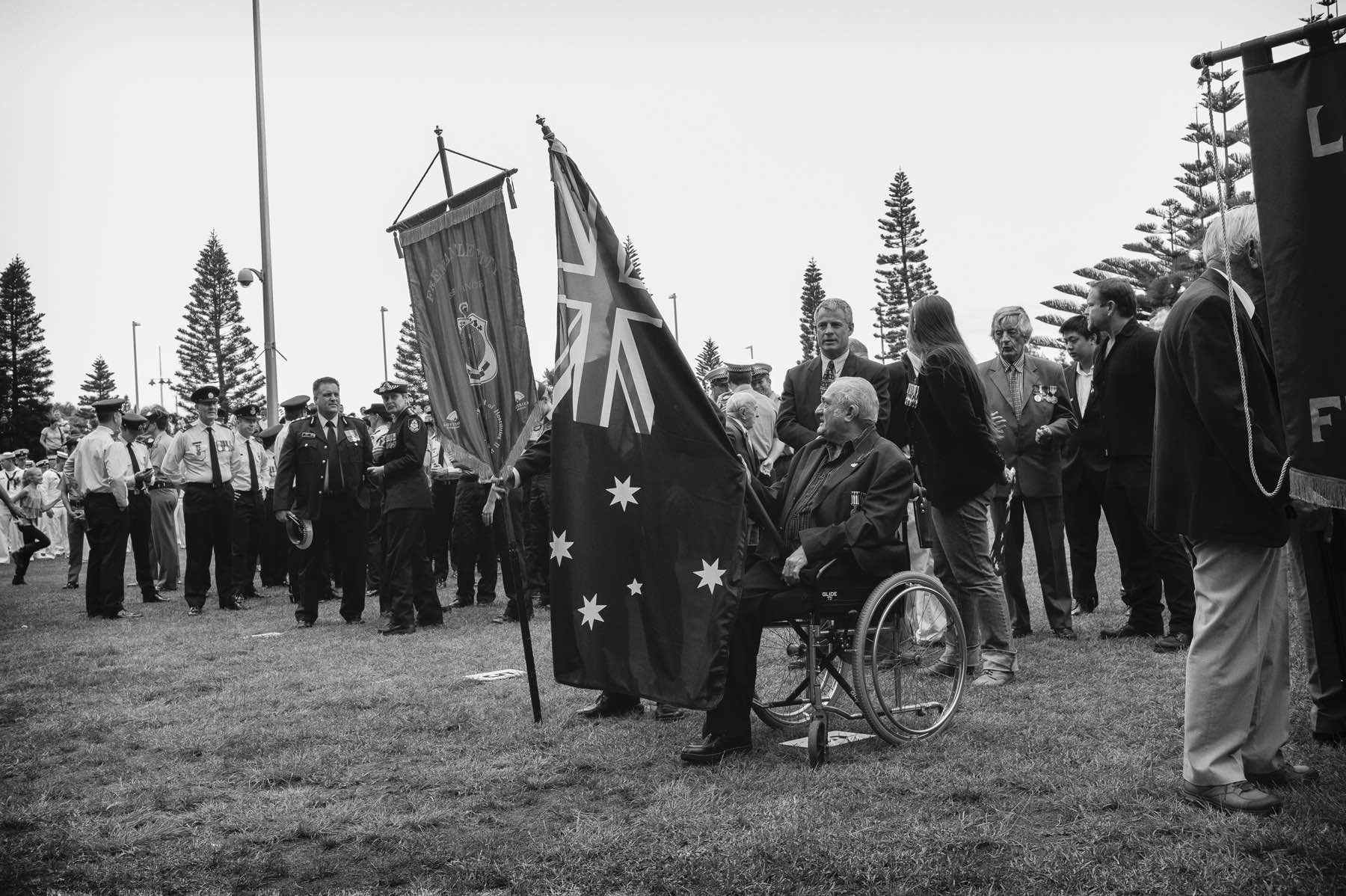 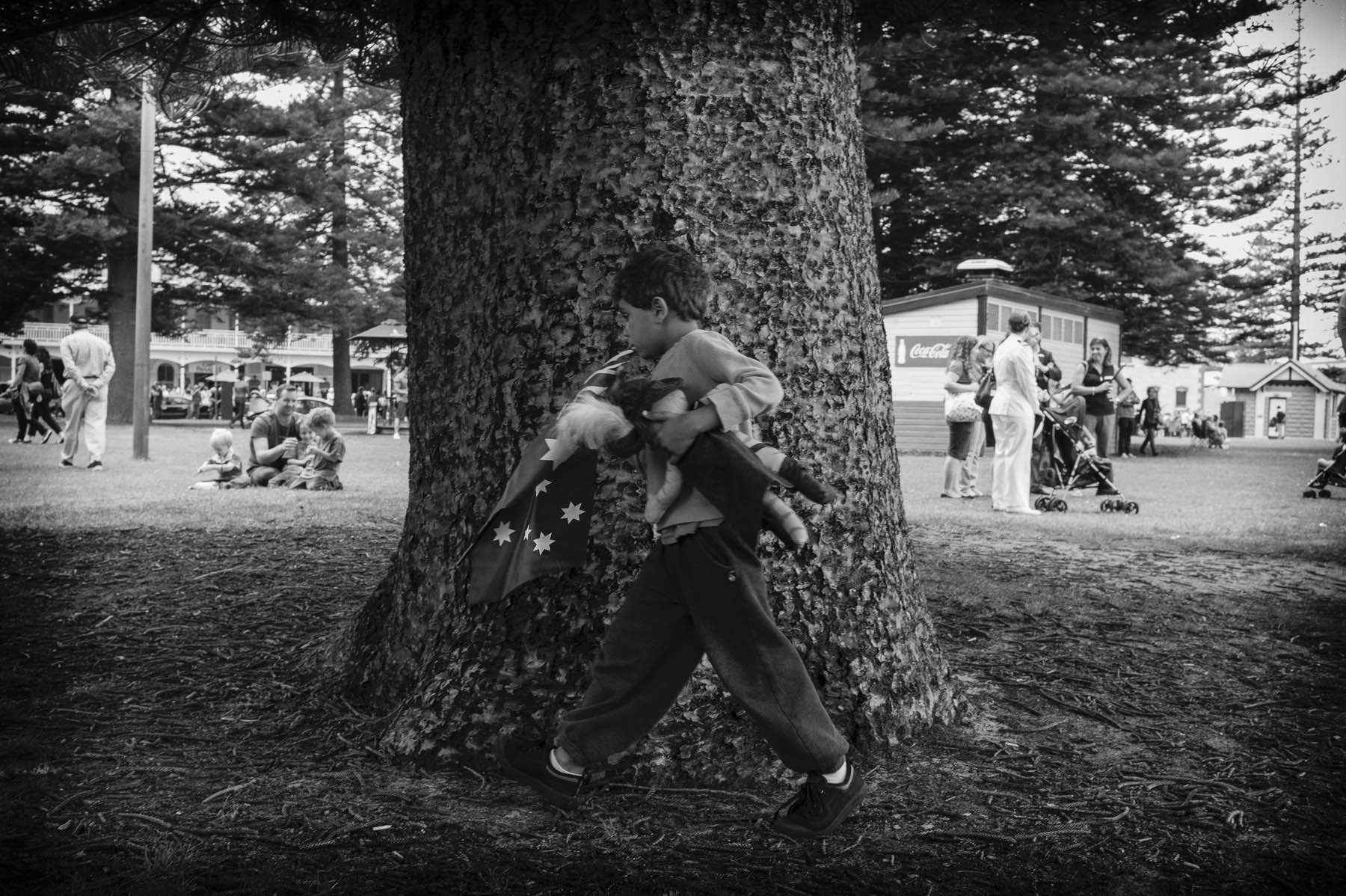 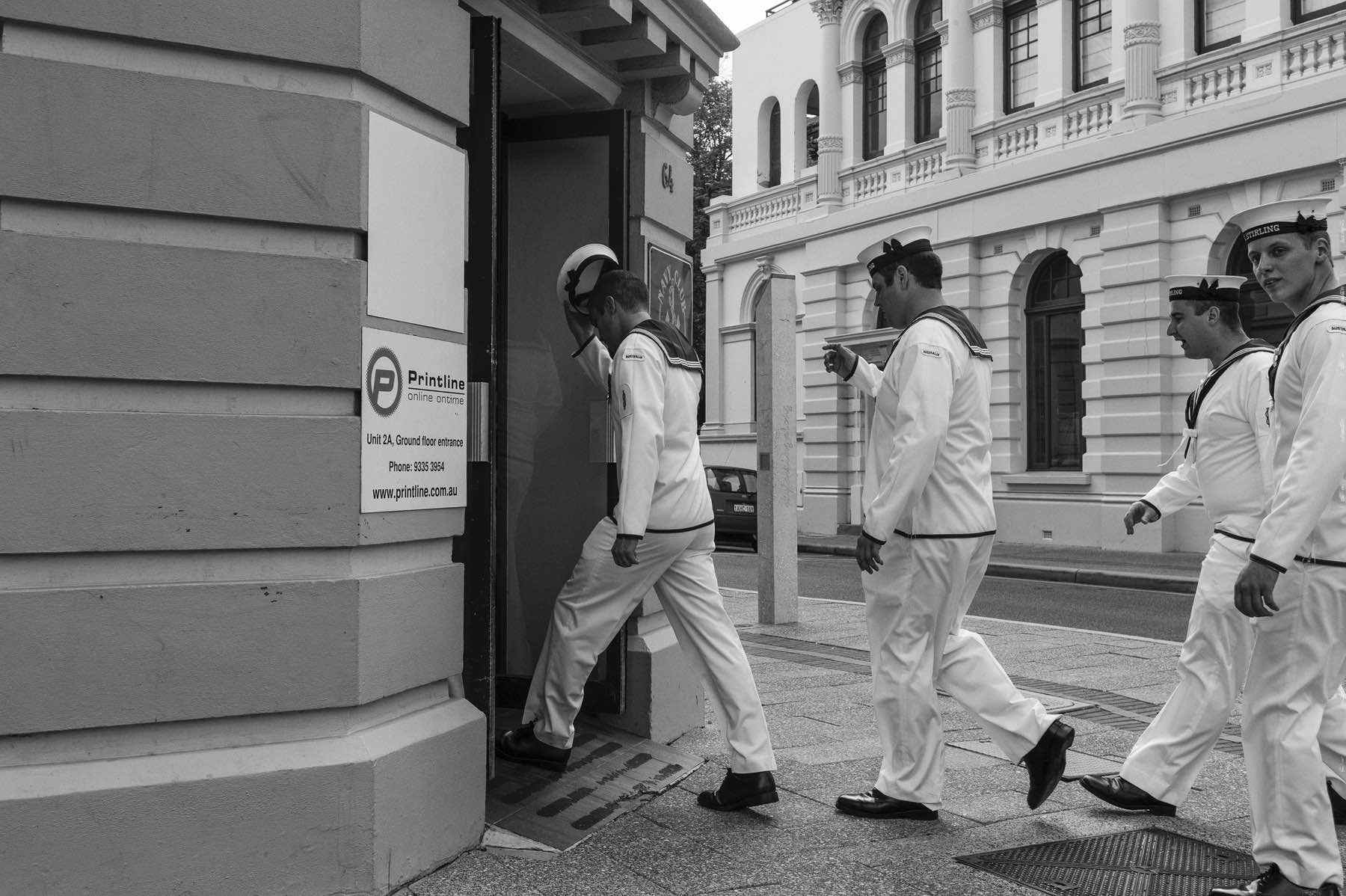 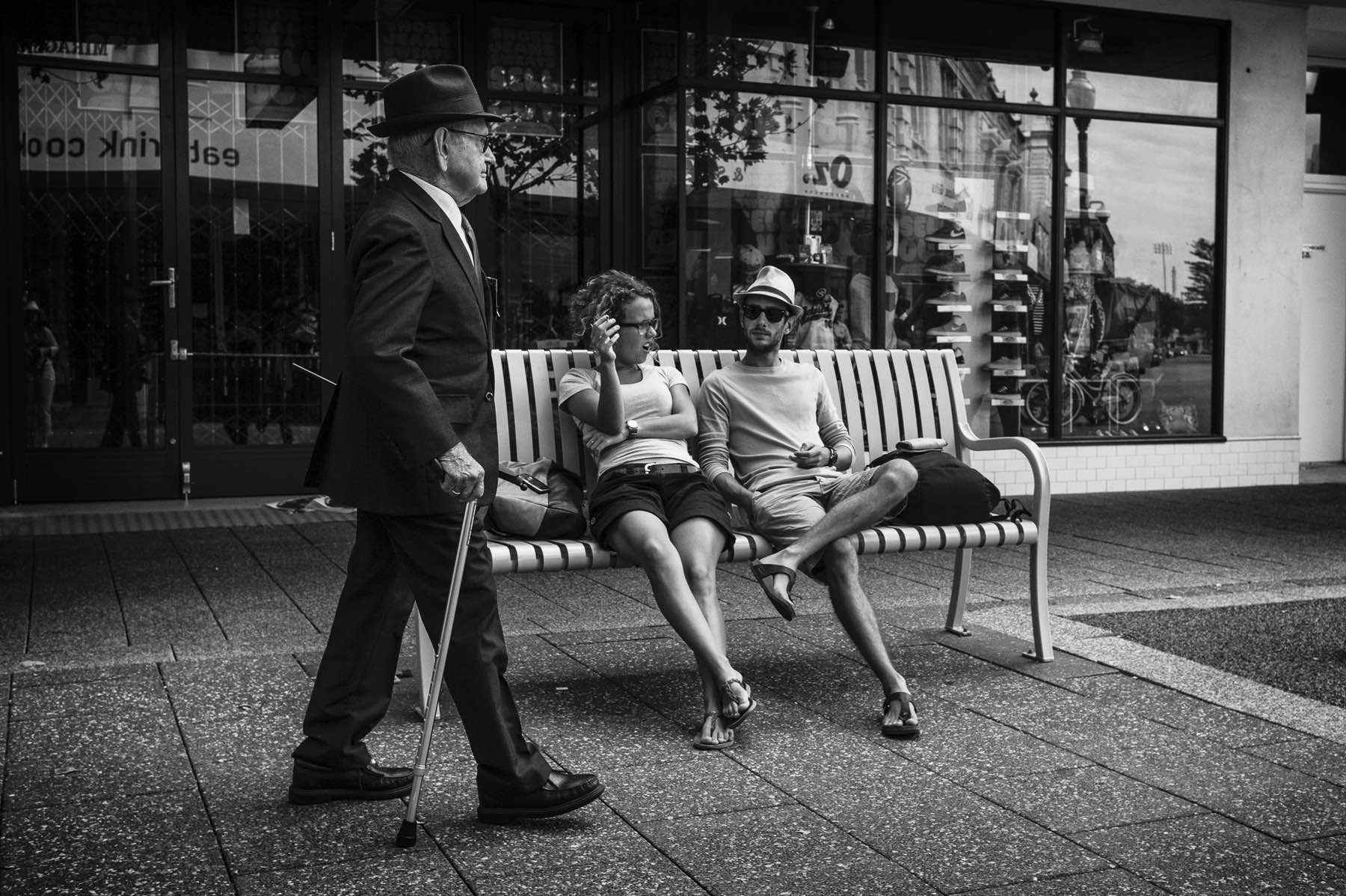 Roger is described in that estimable treasure trove of information, Fremantle Stuff, thus:
‘Roger Garwood is Fremantle’s senior photographer. He was born on a Thames barge, near Colchester, and studied engineering, but turned to photography, working in John Searle Austin’s studio in London. His interest in photo-reportage led to him becoming a freelance photographer, working for Stern, Bunte, Jasmin, and the Saturday Evening Post, before joining the staff of Paris Match…He has since (arriving in Fremantle in 1974) been involved in the production of a dozen books.’ Here’s his idiosyncratic website.
Of his approach, Roger says; ‘I like what is generally referred to as “street photography” to be whimsical, quaint, quirky. Just moments in time which can slip past unnoticed. I guess my influences for this sort of work stem from Elliot Erwitt, Lisette Model and Henri Cartier-Bresson among others.’ 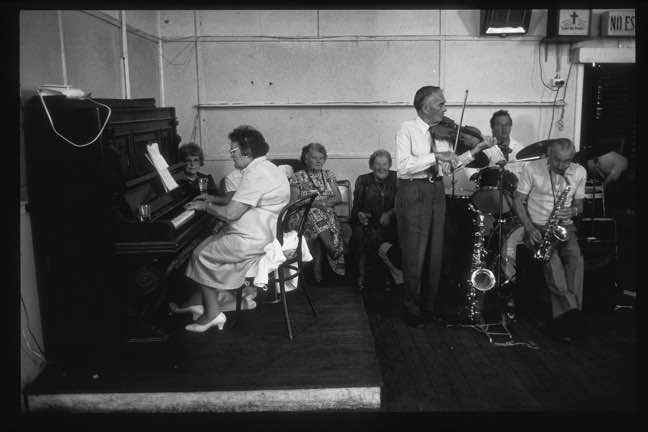 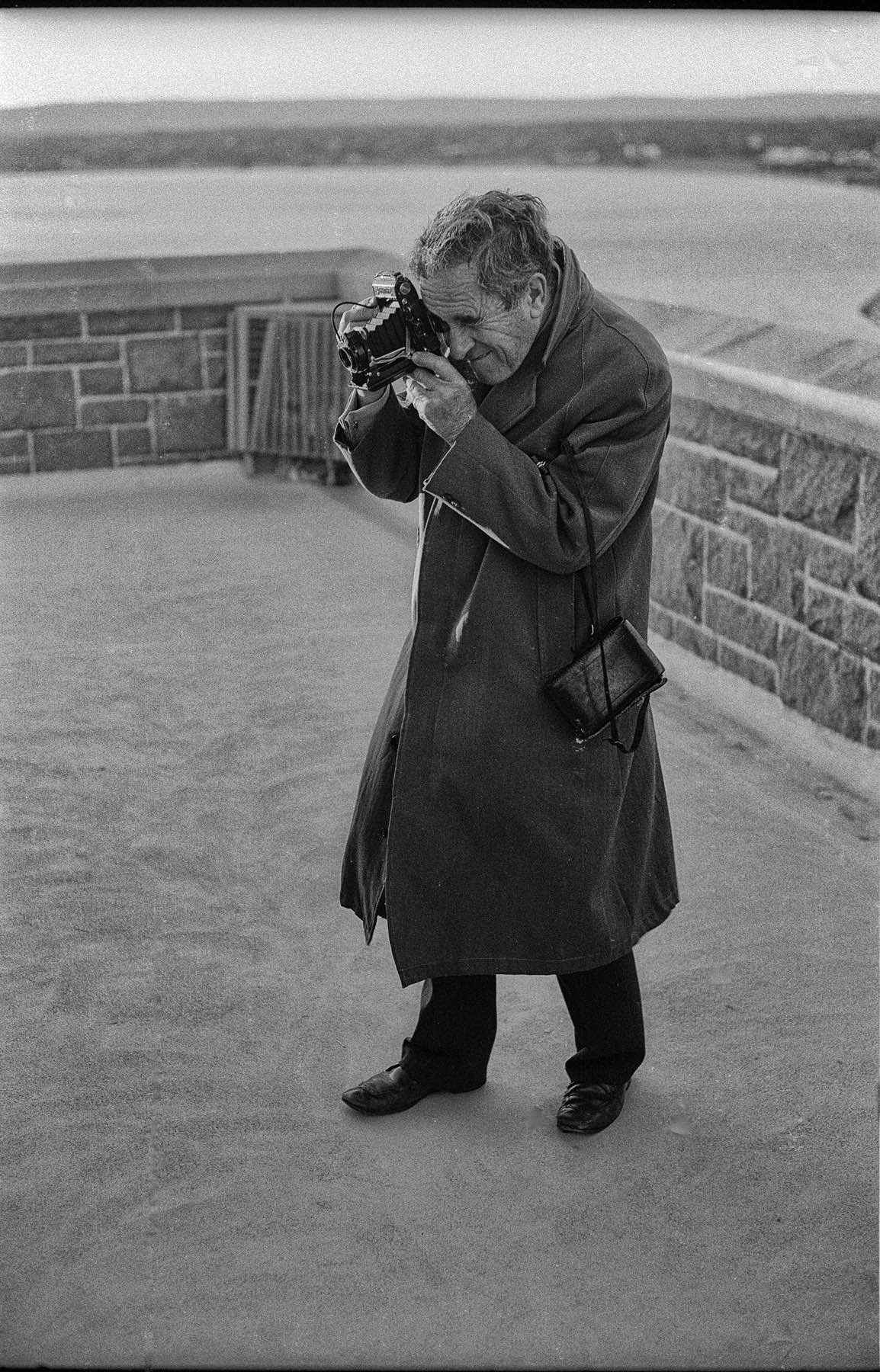 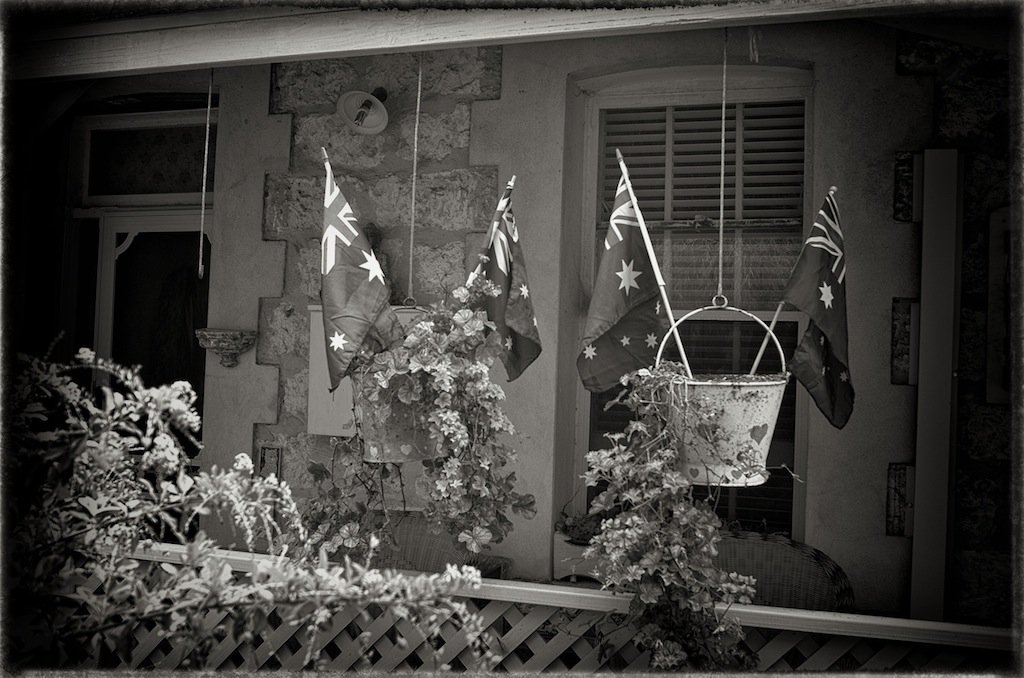 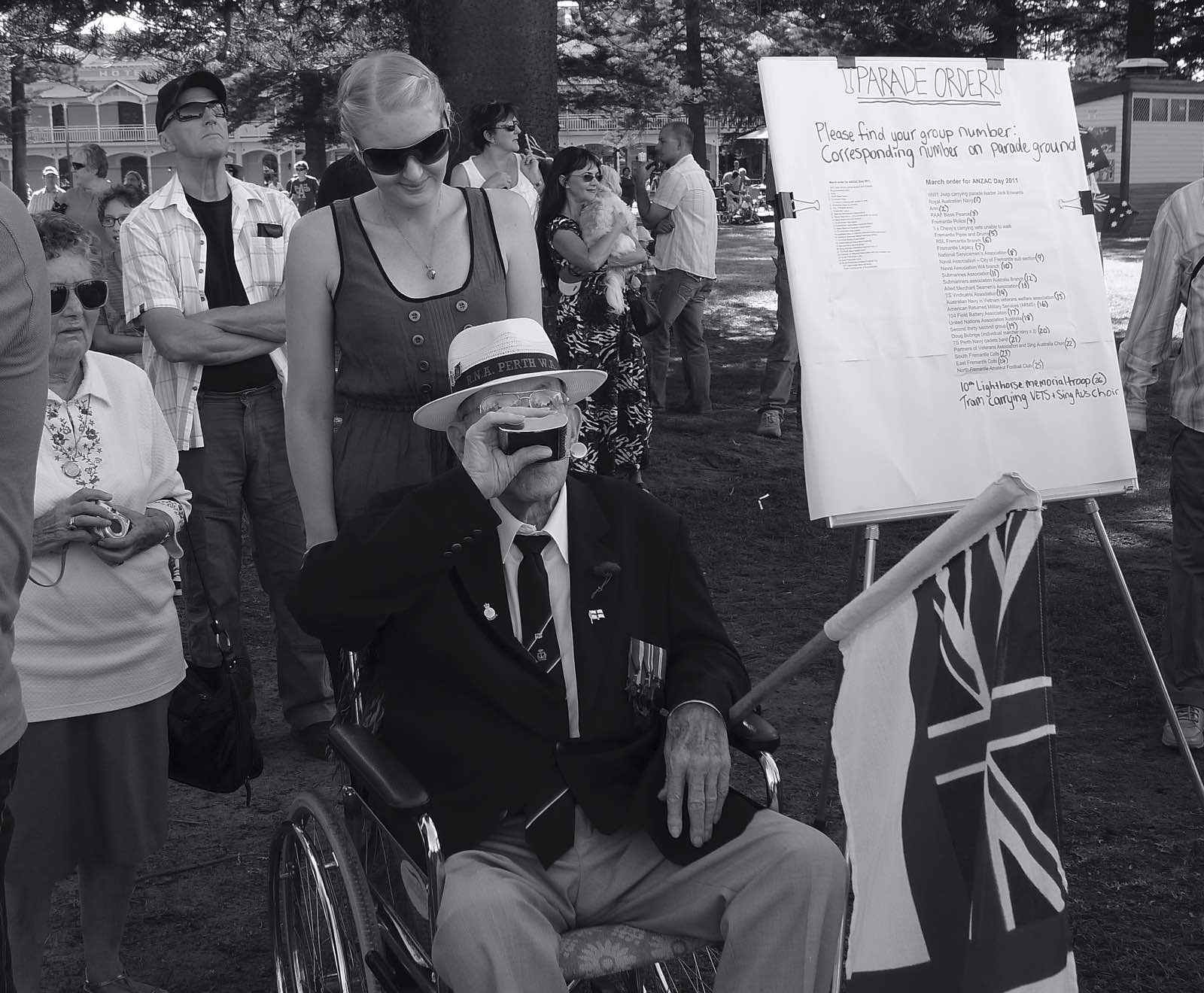 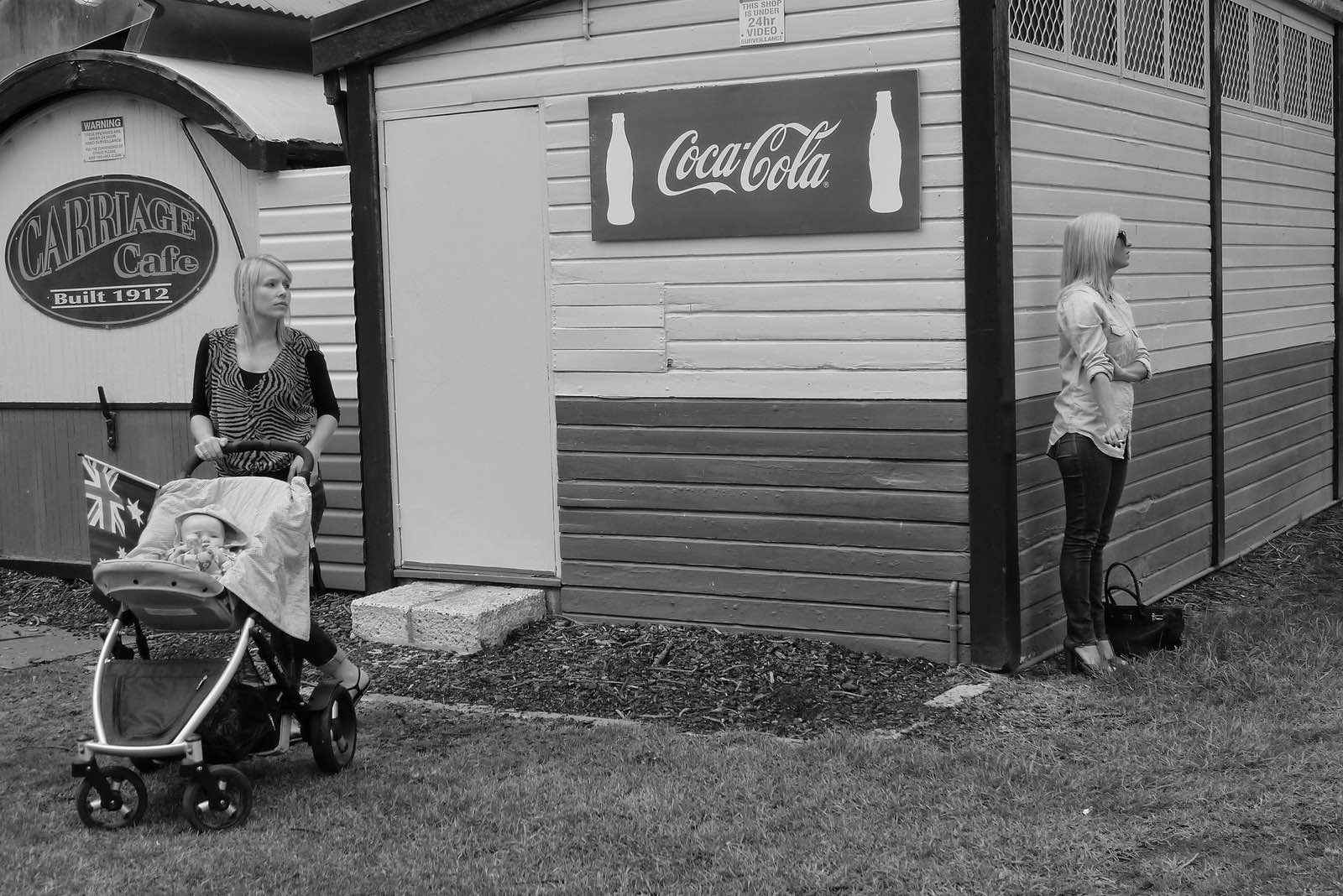 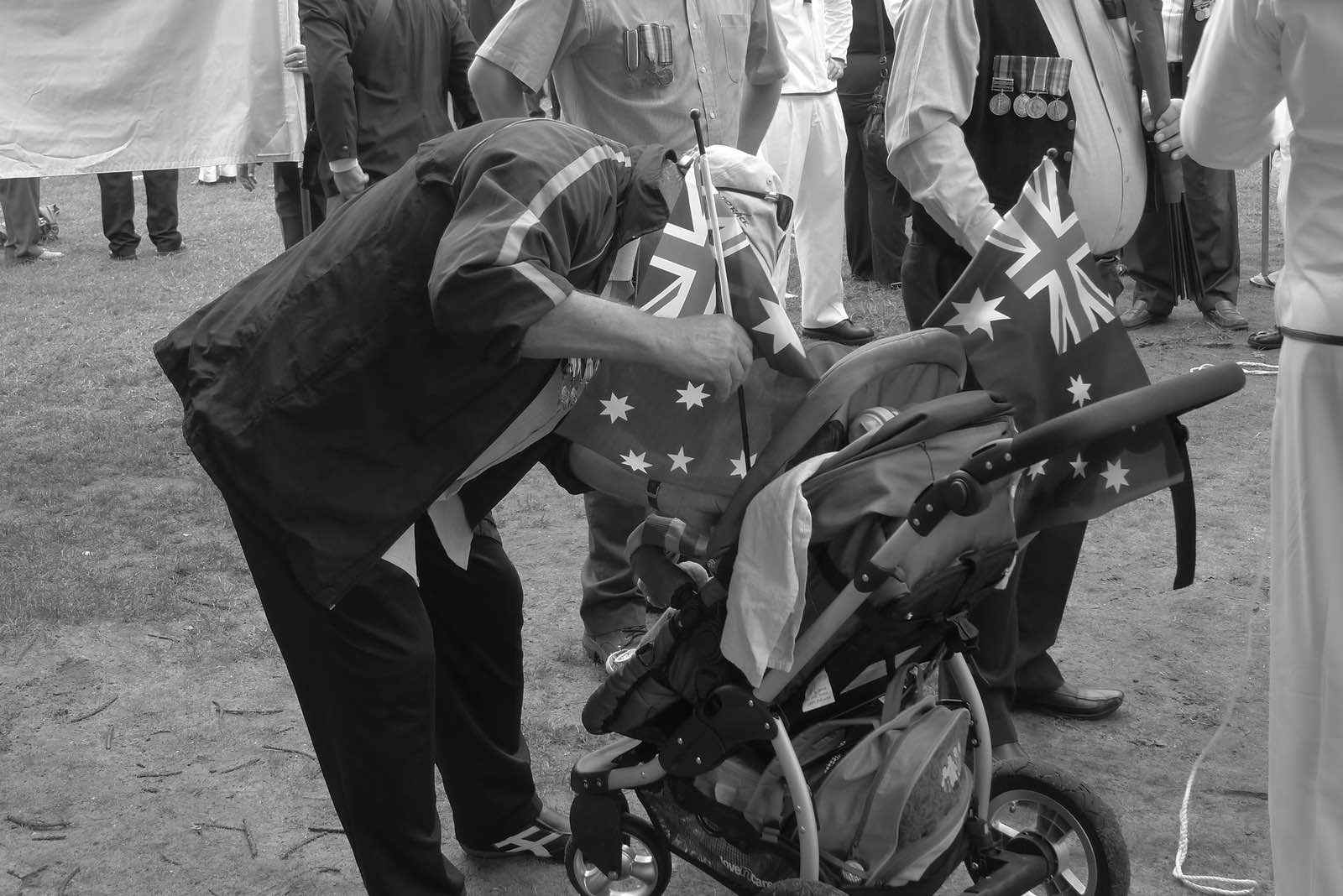 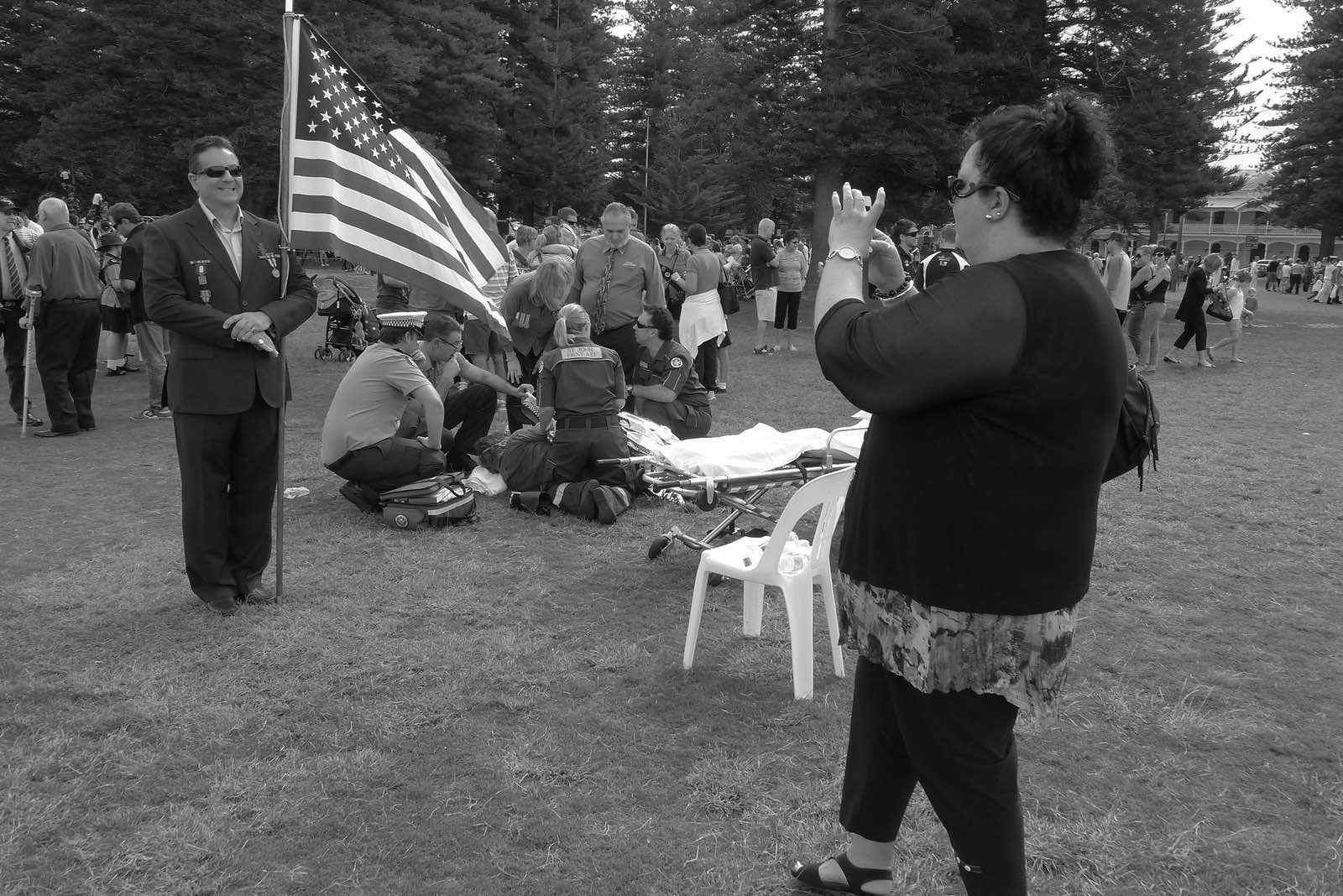 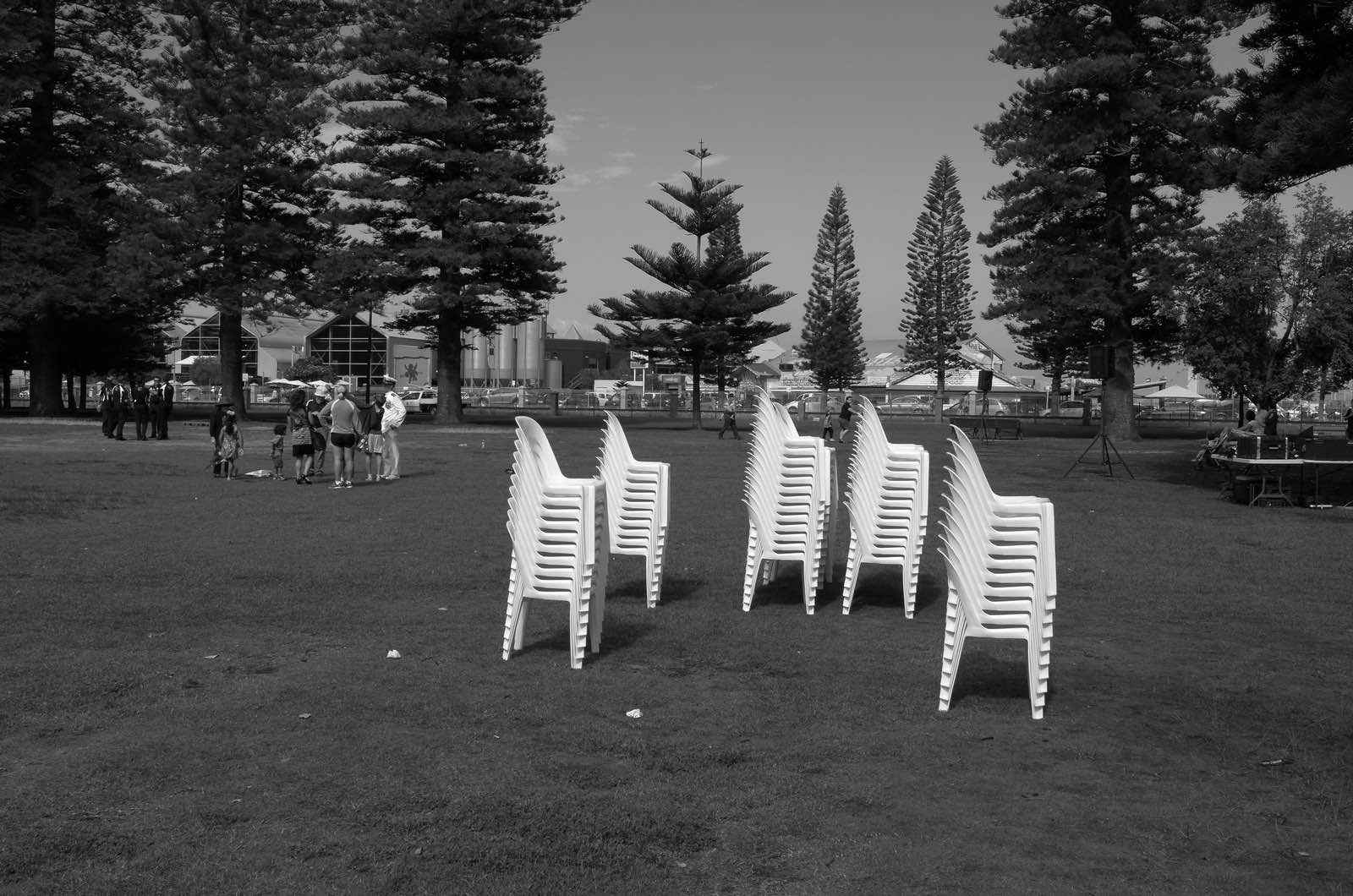 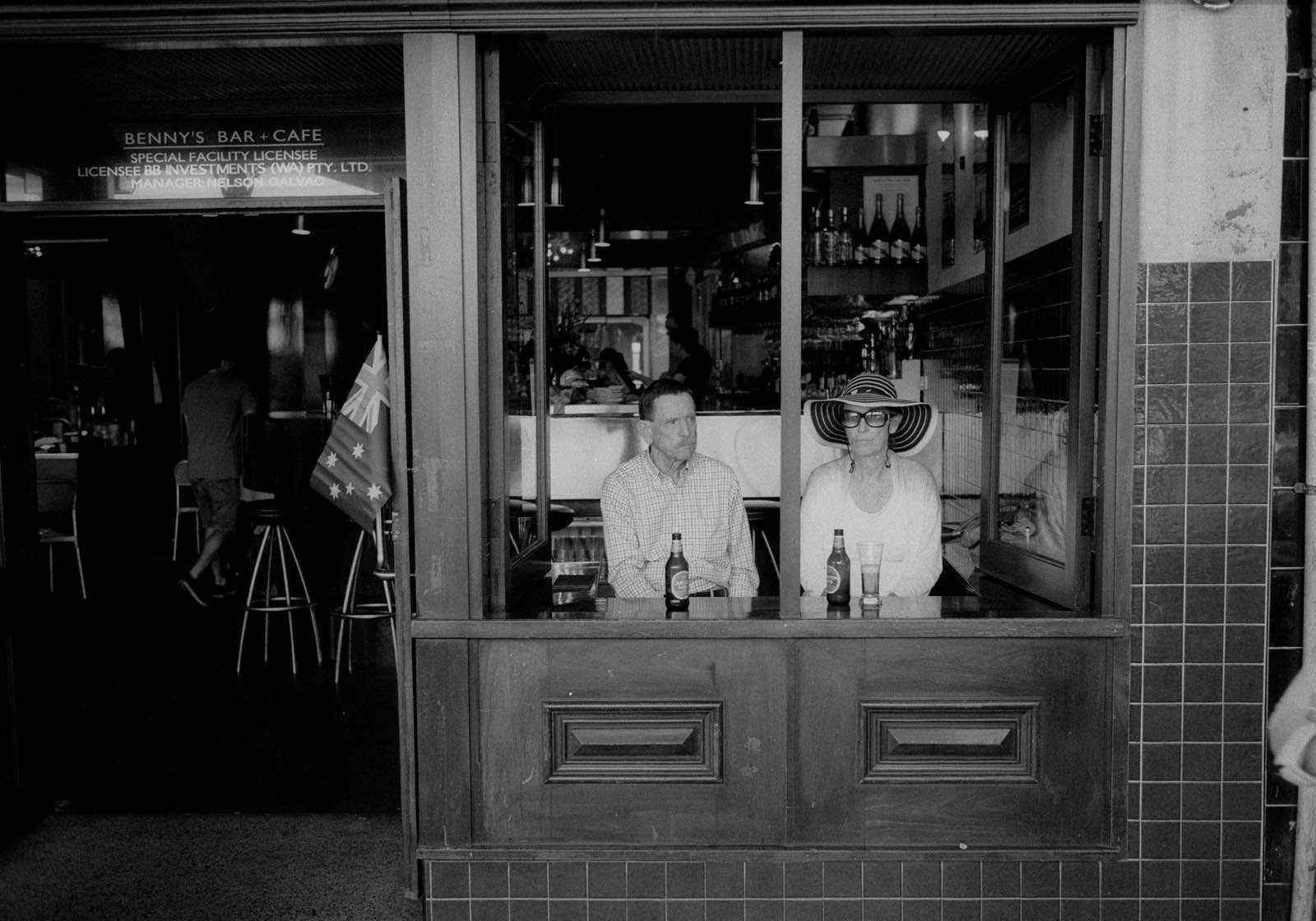 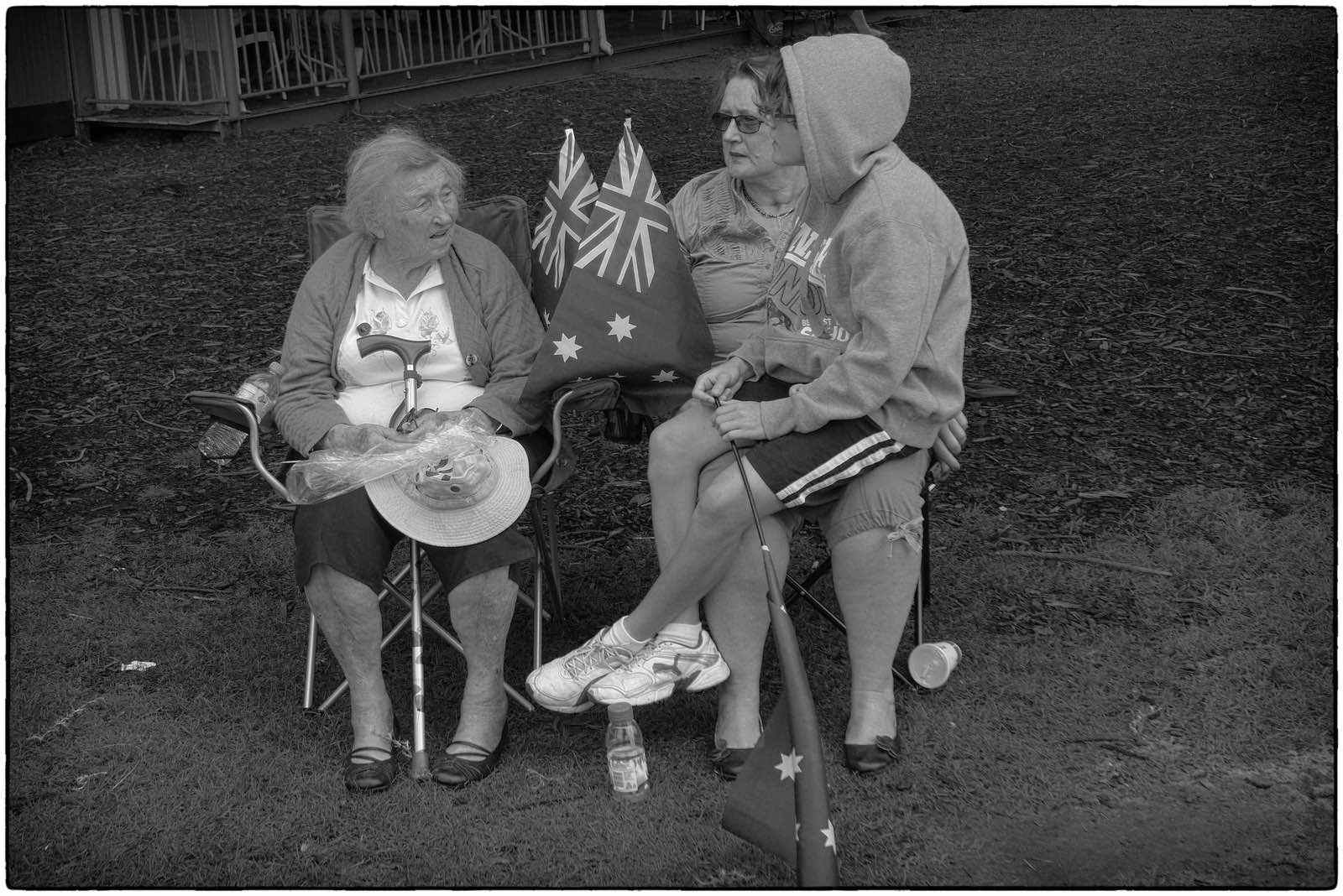 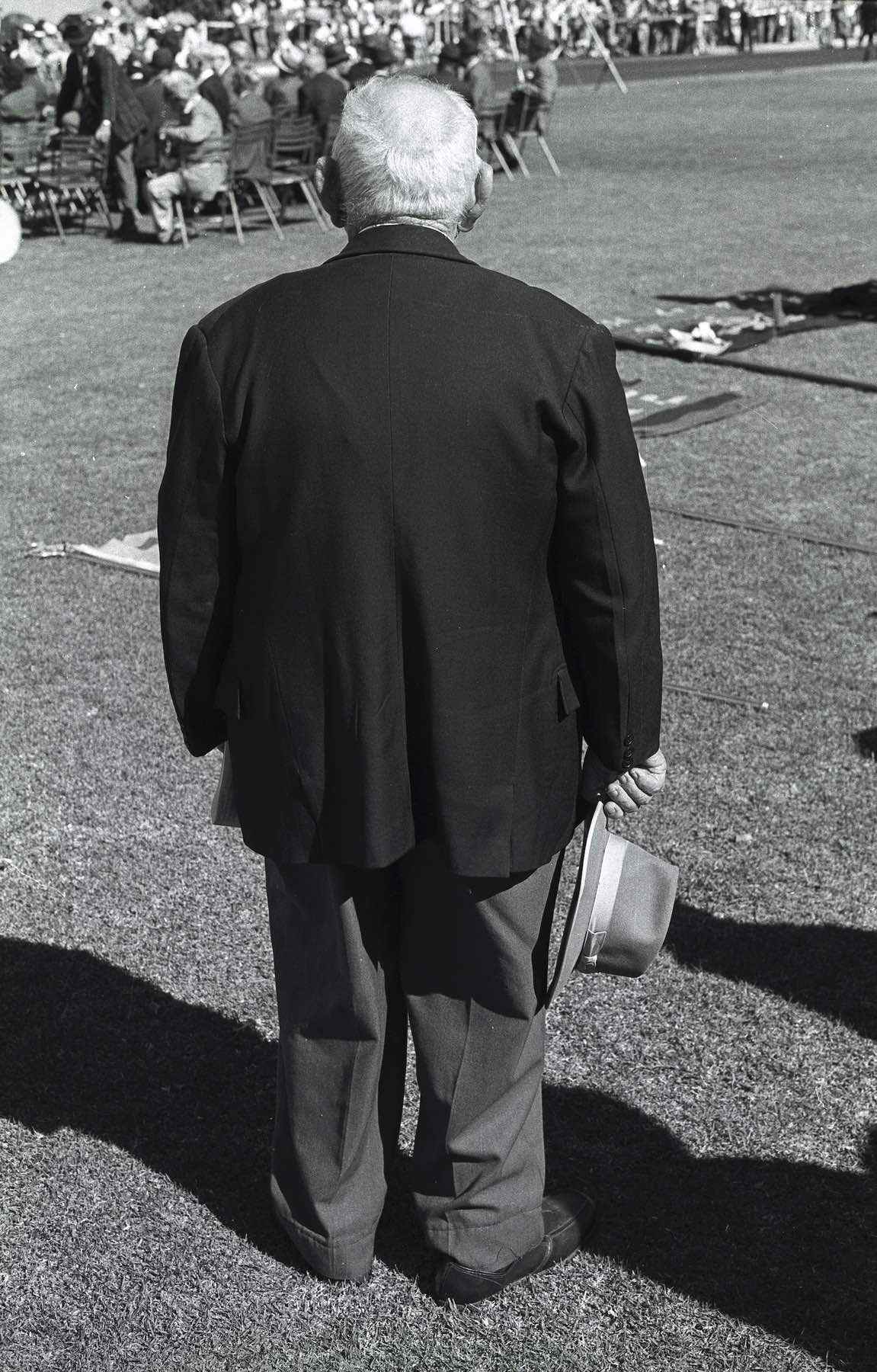 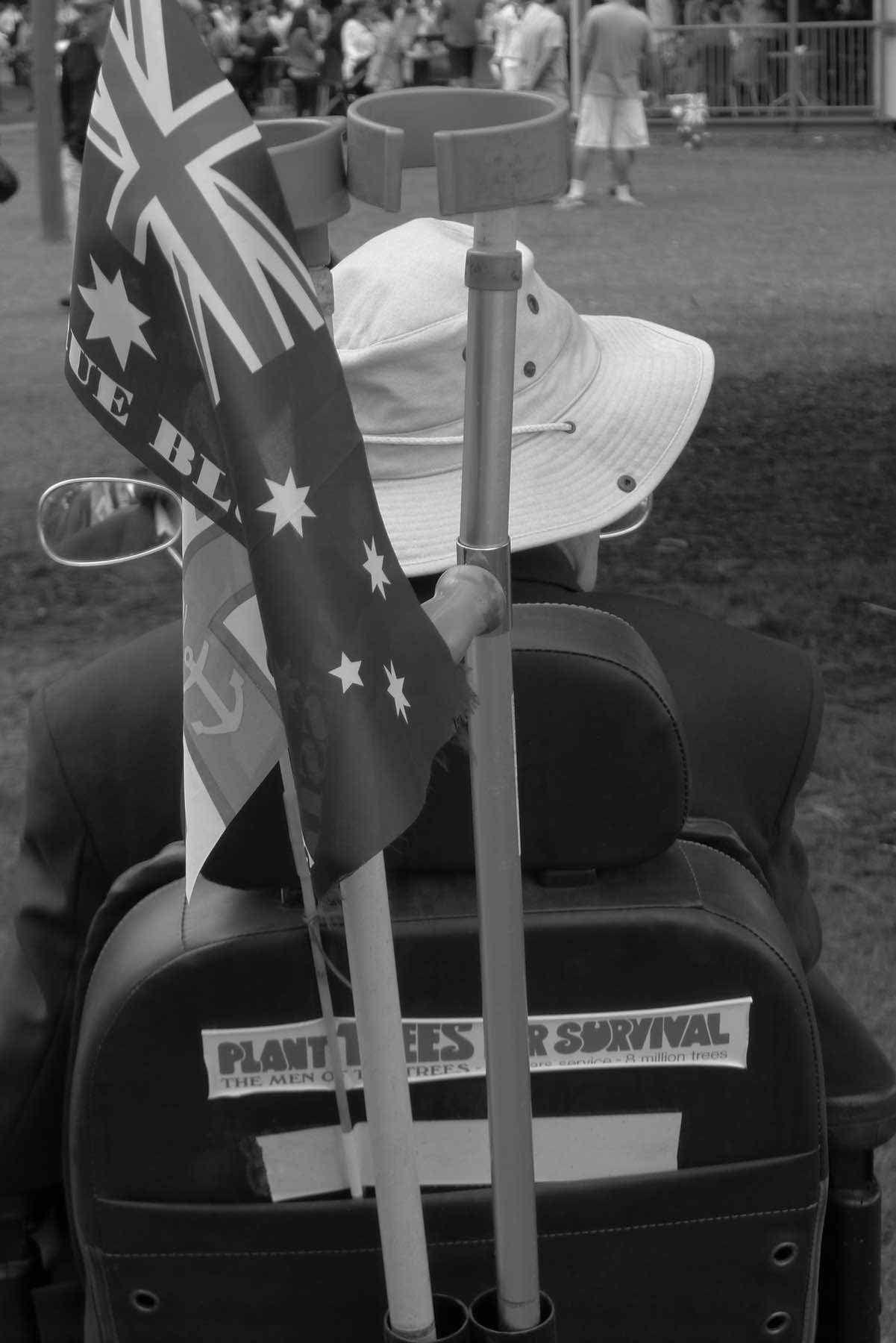