Words and pictures by Jean Hudson @jeansodyssey – our resident traveller

I love lighthouses, the traffic signs of the sea. They are usually built on rocky islands and isolated wind swept cliffs. They have two purposes – to act as a navigational aid or to warn ships of danger.
We have two identical lighthouses in Fremantle: one red (port for left) and the other green (starboard for right) when viewed entering the inner harbour. They are positioned at the ends of the North and South Moles. These moles are very special places. The word ‘mole’ is borrowed from the French and means a large mass, especially of rock.
The red and green cast-iron lighthouses are 15 metes high and have a light range of 11 nautical miles. They became operational in 1906. Both are heritage listed and unmanned. CY O’Connor, who engineered Fremantle Harbour, designed them. You can drive, cycle or walk to the end of both Moles. There is free parking for 3 hours.
The red lighthouse sits at the end of the North Mole and has a red occulting light. It marks the westernmost point of the harbour. Work began on the North Mole in 1892 and it was officially opened in 1897, at the same time as the inner harbour. 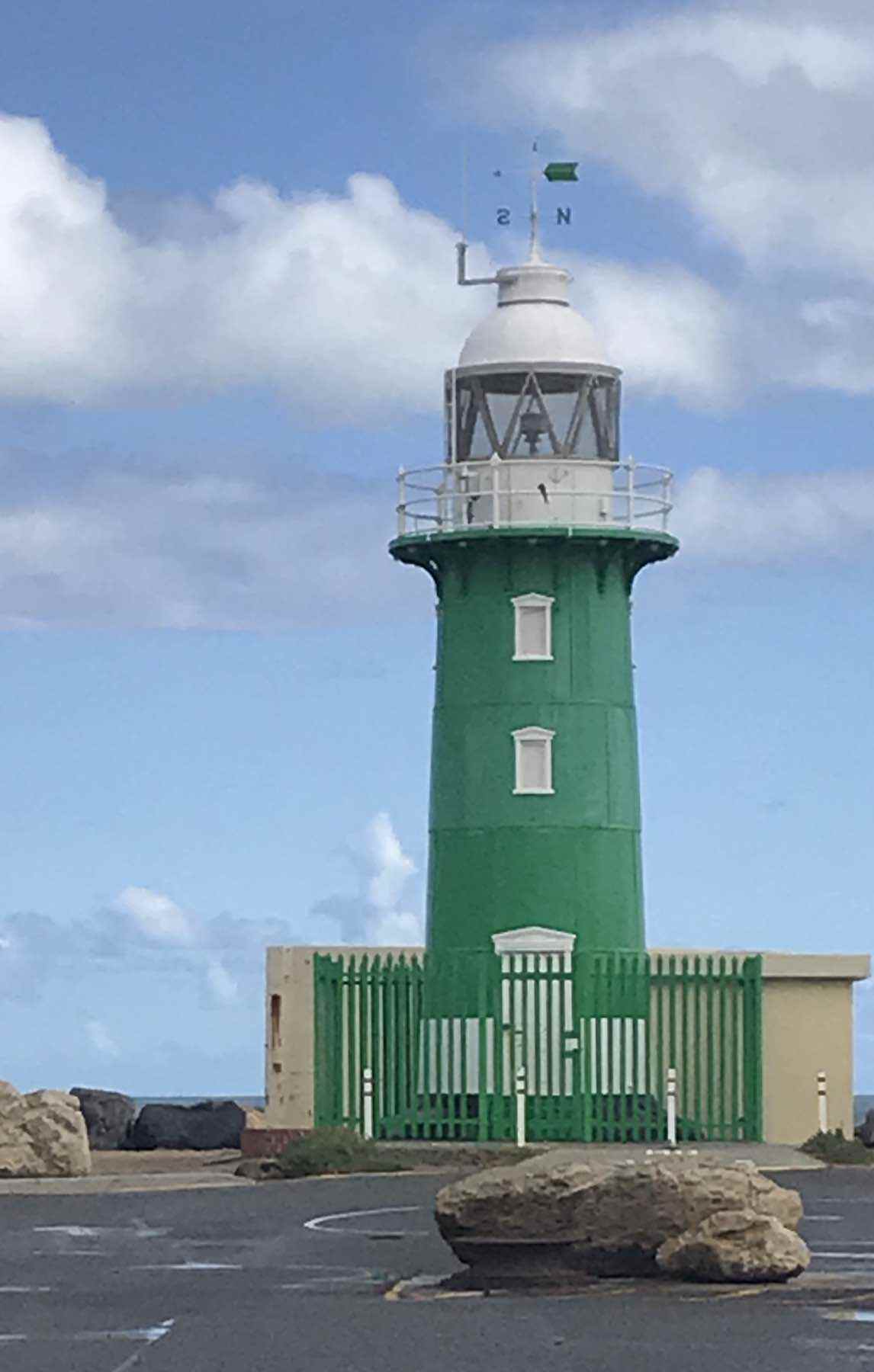 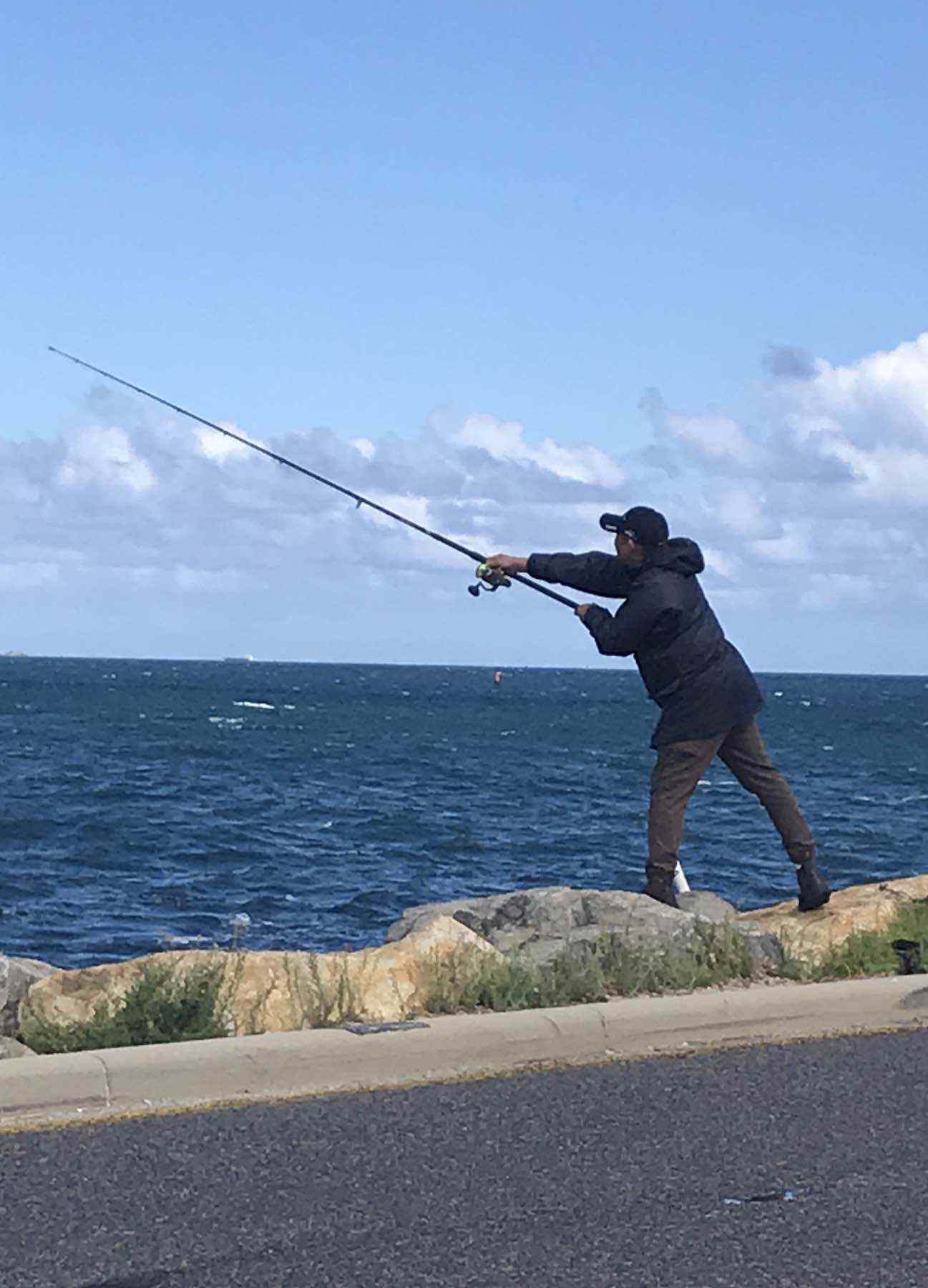 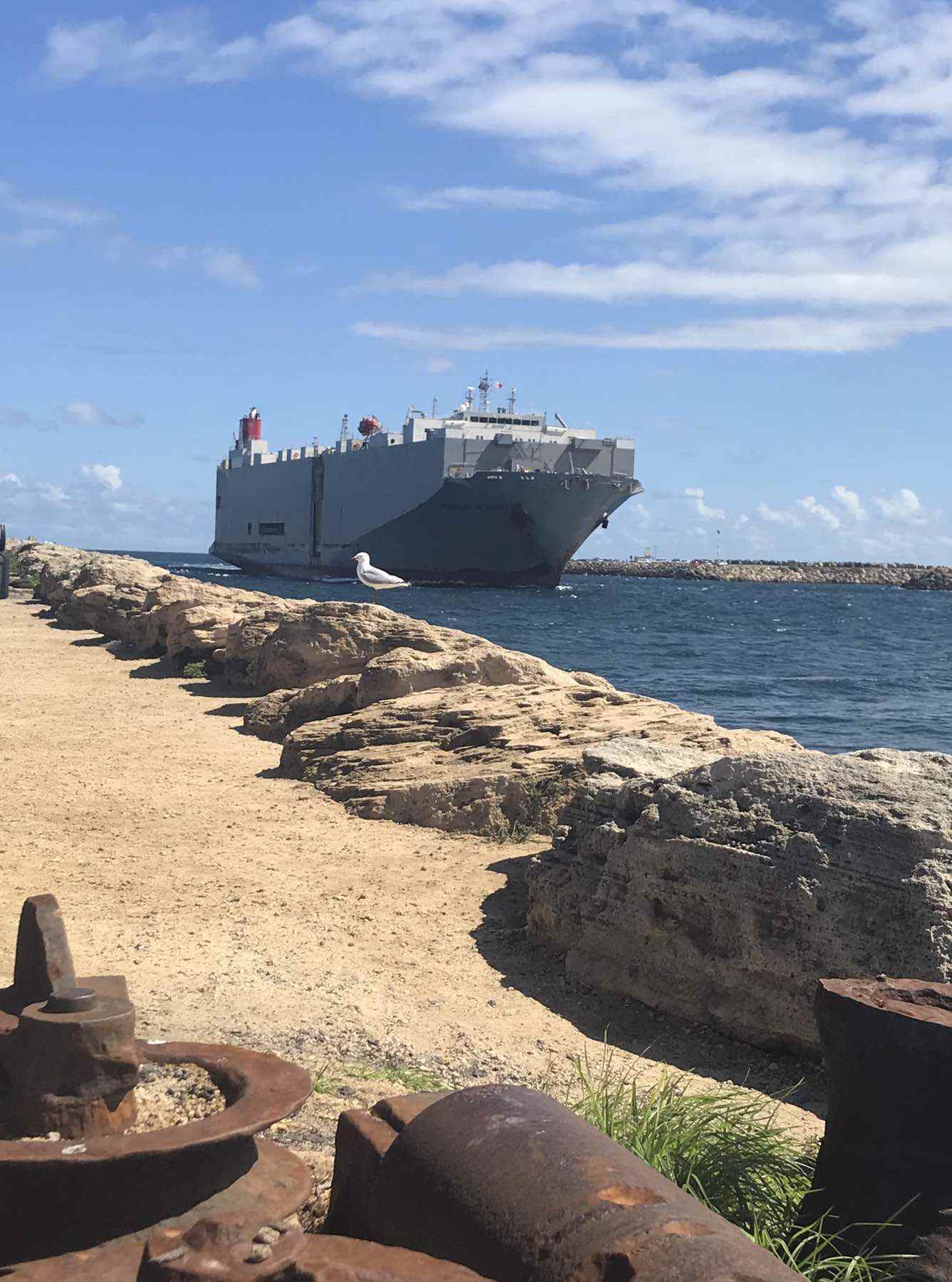 On the way to Rottnest you will pass the red lighthouse. This is a recreational spot for walkers, cyclists and fishermen. It’s also a great spot to watch ocean yacht races or to simply relax. People drive there and sit in their cars looking out to sea and watching the world go by. Birdwatchers train their cameras and binoculars on the several types of birds. Inquisitive gulls hover on air currents and look like they are having a rest.
There are often interesting boats and yachts in this harbour. Billionaire Vladimir Potanin’s $295m yacht MY Barbara is currently docked here. She can be seen from the North Mole against a backdrop of ships containers. Several of the Rottnest express ferries are also tied up at Rous Head across from the North Mole.
The green lighthouse sits on the end of South Mole and has a fixed green light. It marks the entrance to the Swan River. From the South Mole there are fantastic views of the harbour. It’s the best place to watch the bustling port when small and large ships enter and leave. 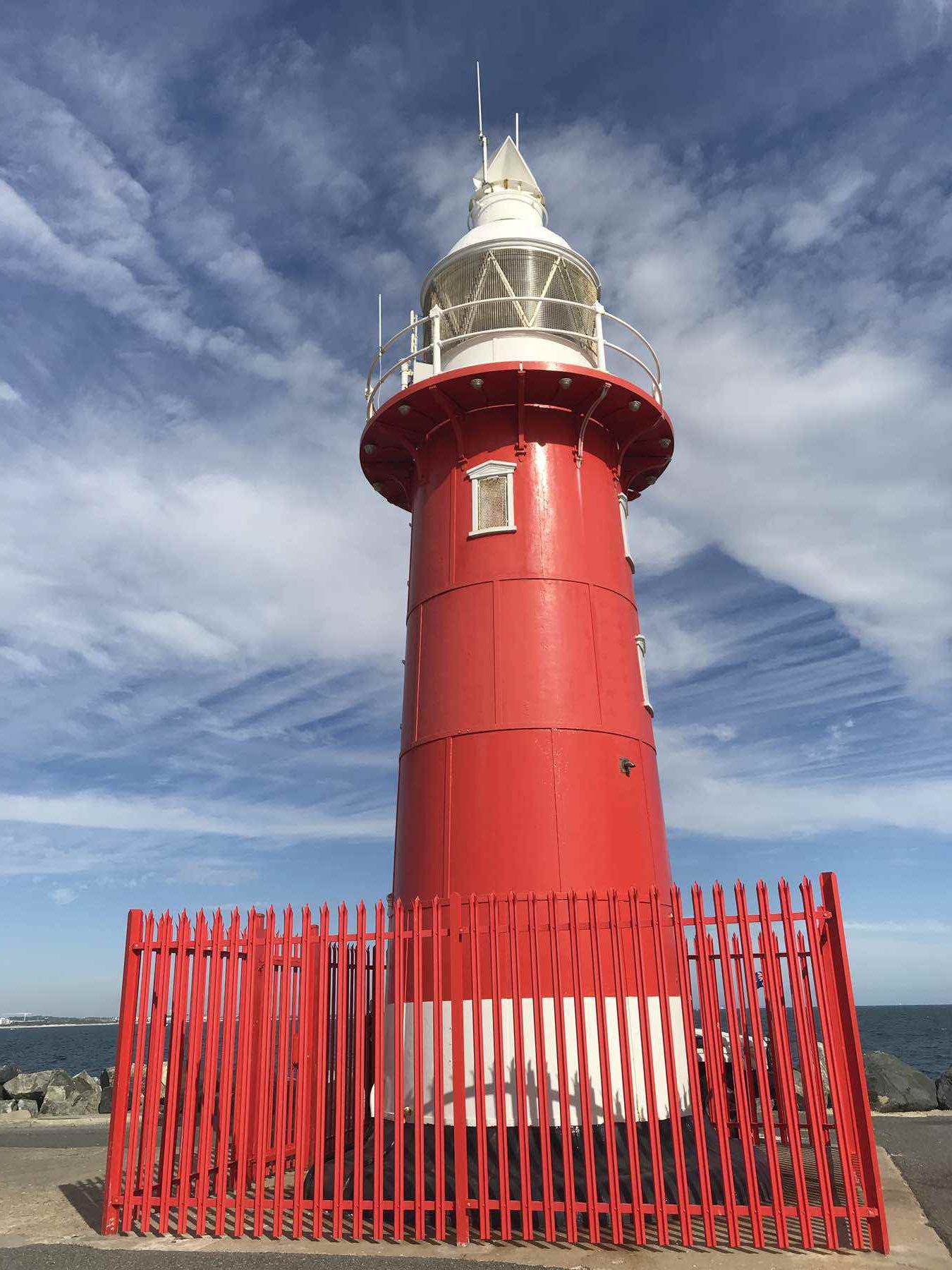 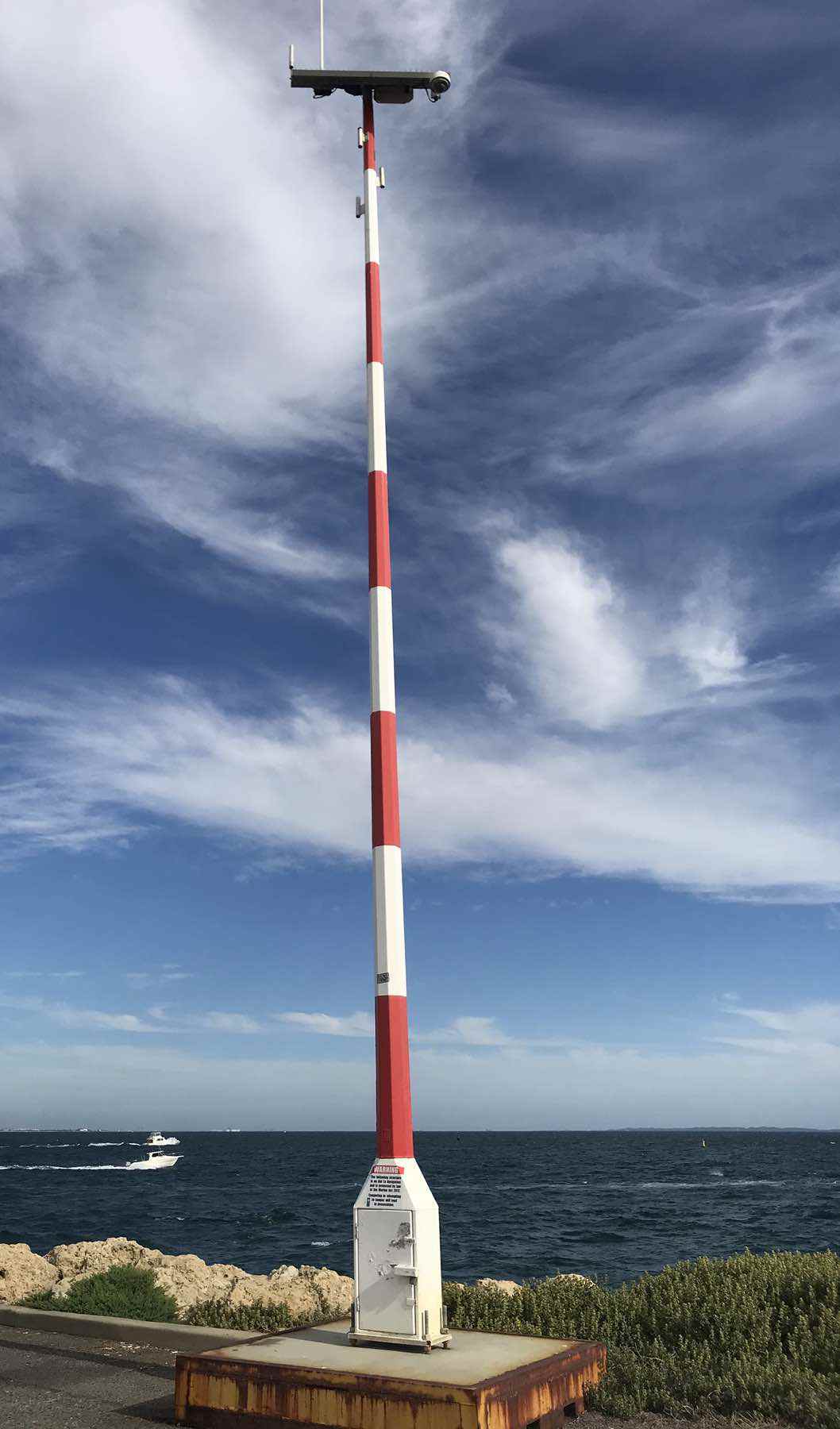 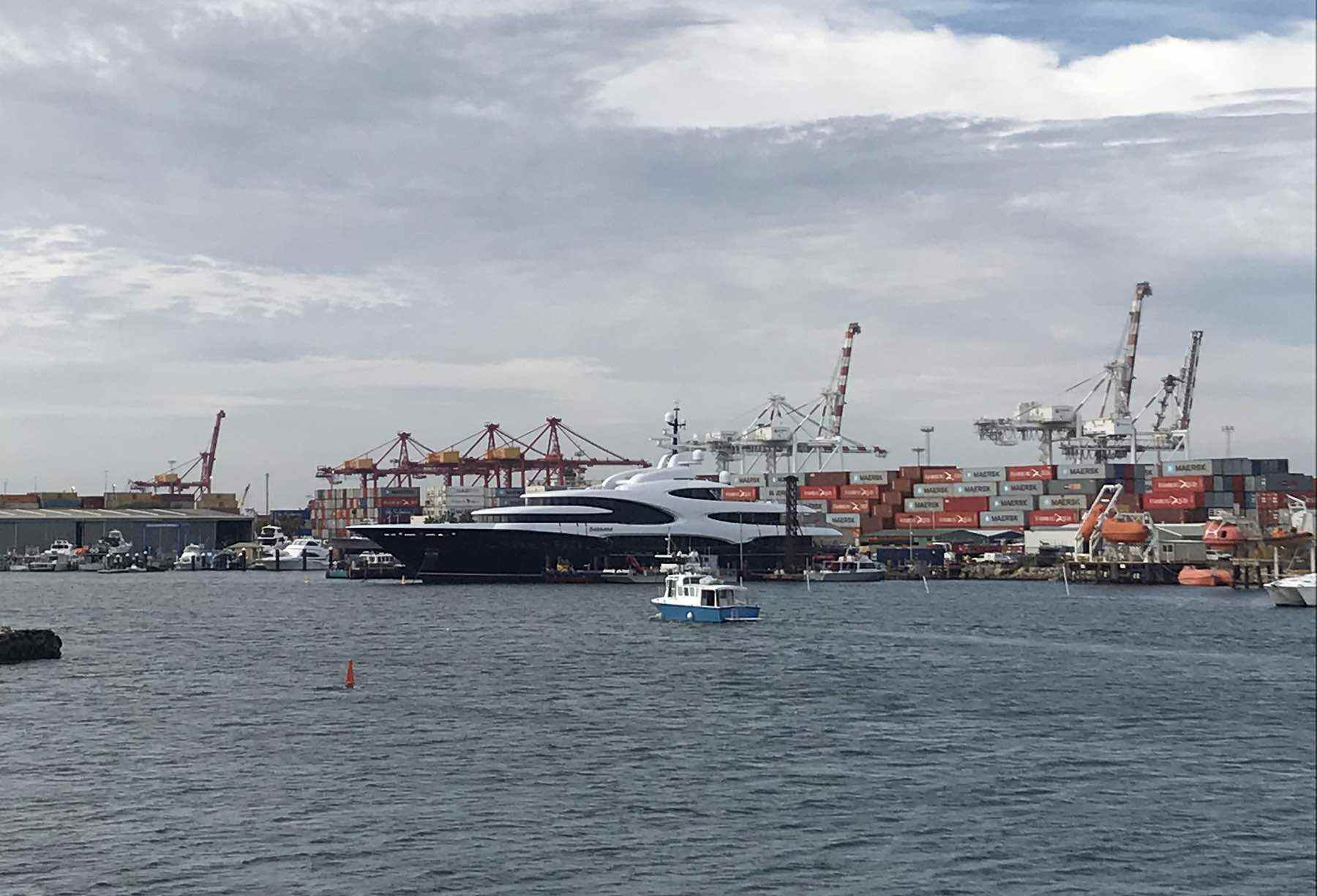 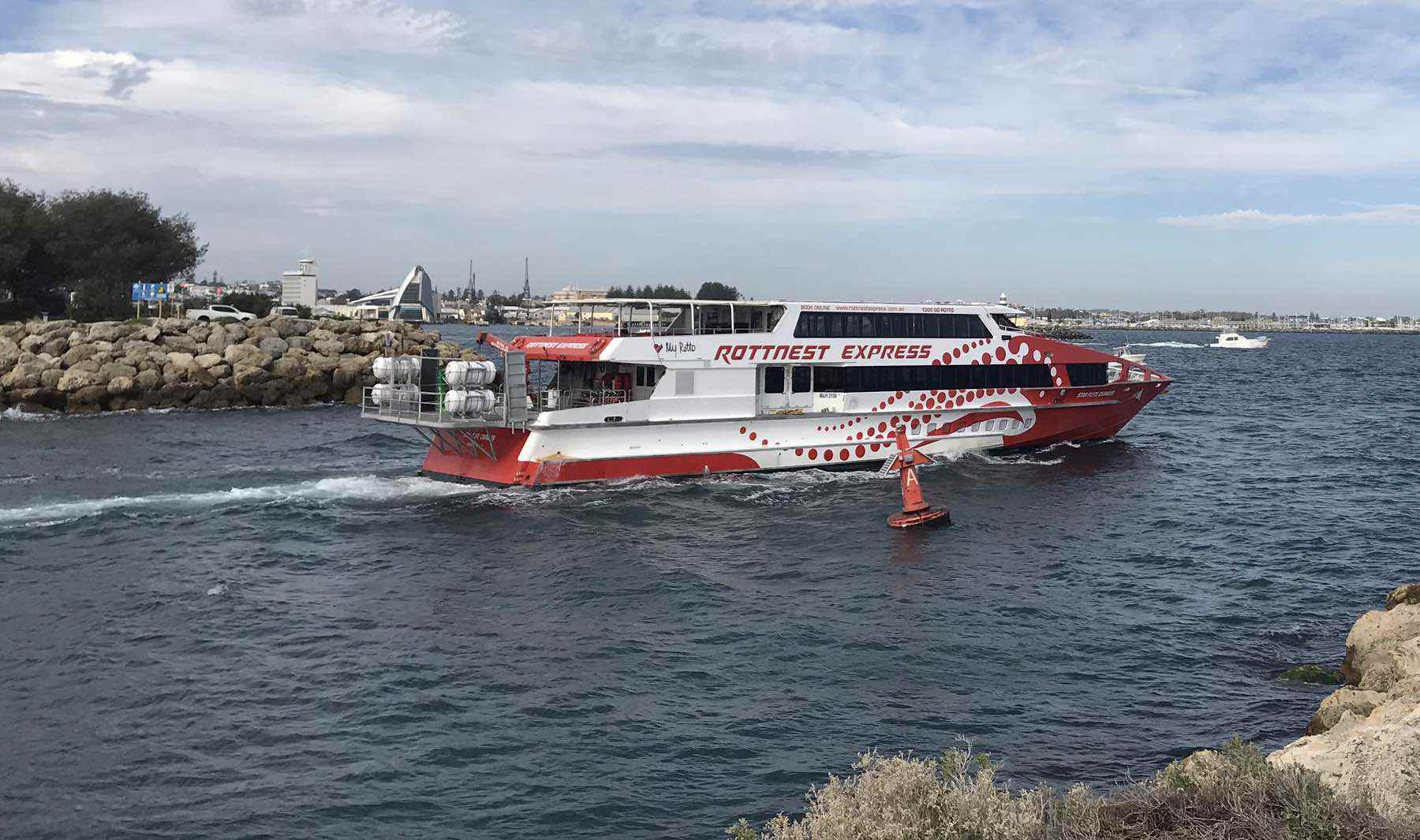 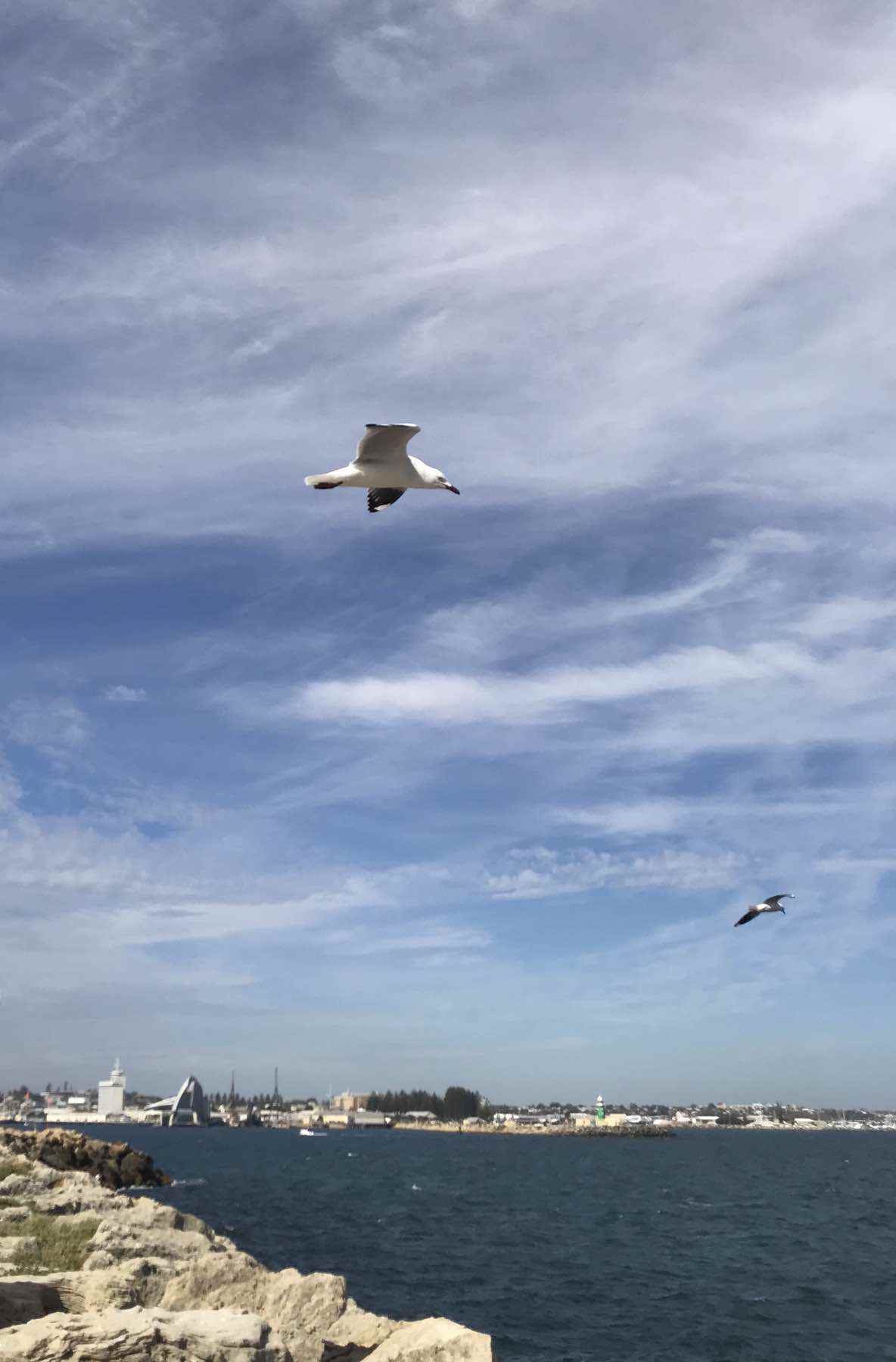 The green lighthouse is only 1 kilometre from the Roundhouse. It’s a popular fishing spot at high tide and for watching sunsets.
Crowds love to gather on the moles to give a Freo send-off to cruise ships. In February this year, the QM2 visited Fremantle for 6 days and received a huge send off. The thousands who gathered on the moles and the trailing armada of small boats and jet skis was a talking point onboard for days afterwards.
This weekend, I joined a subdued crowd on the South Mole to give a heartfelt farewell the Artania, the Coronavirus-plagued cruise ship that has been in port for over 3 weeks. The captain, crewmembers and a few remaining passengers in facemasks waved goodbye beneath a banner ‘Thank you Fremantle, We love you’. Members of the public and health care workers waved, people held homemade signs with inspiring messages of hope as the ship departed.
Out on the moles, I can escape for a while. It’s the nearest thing to being on a boat in the ocean. I love the sea breeze and enjoy breathing in the salty air. On a hot day it’s always cooler than onshore, and during winter I like to watch storms roll in from the ocean.
If you are at home and unable to get out onto the Moles, check out Fremantle harbourcam 1, this camera is mounted on the top of the Signal Station and gives panoramic 360-degree views of the harbour. It is updated every 4 minutes. www.fremantleports.com.au. Lighthouses have always made me think of security and continuity whether viewed from land or sea and now more than ever in our constantly changing world.
Share this
Related Articles