Words and photographs by Jean Hudson @jeansodyssey – our resident traveller

Listening to Beatles music from the safety of my home, I think, at the moment, we all live in a pandemic submarine and I’d much rather be “under the sea, in an octopus’ garden in the shade”.

I dream of being under the sea, and snorkeling amongst marine life. I enter the water via a steel staircase, put on my flippers and snorkel – and off I go. Have you ever tried walking backwards into the ocean wearing flippers without falling over or looking silly?

Coogee Beach, just south of Fremantle, is home to the Omeo. She is a protected historic shipwreck and WA’s only shore-based shipwreck.

A cormorant perches on the rusted bow, which juts out of the water. I snorkel over submerged sections of the wreck that are covered with sea plants, sponges, shellfish and coral.

I swim through shoals of tiny fish. Shy black and white stripy fish hide in the swaying plant life and some big fish lurk deep on the seabed.

The Omeo has a colourful history. She was built in Newcastle (UK) in 1858, and was used to lay the Bass Straight telegraph cable, linking Australia to Britain via Singapore. She then became a trade ship transporting people between New Zealand and Adelaide. In 1881, she collided with and demolished the Swan Spit lighthouse in Port Philip. After that she became a coal hulk anchored in Cockburn Sound. In 1905, she dragged her mooring anchors and ended up on Coogee Beach. 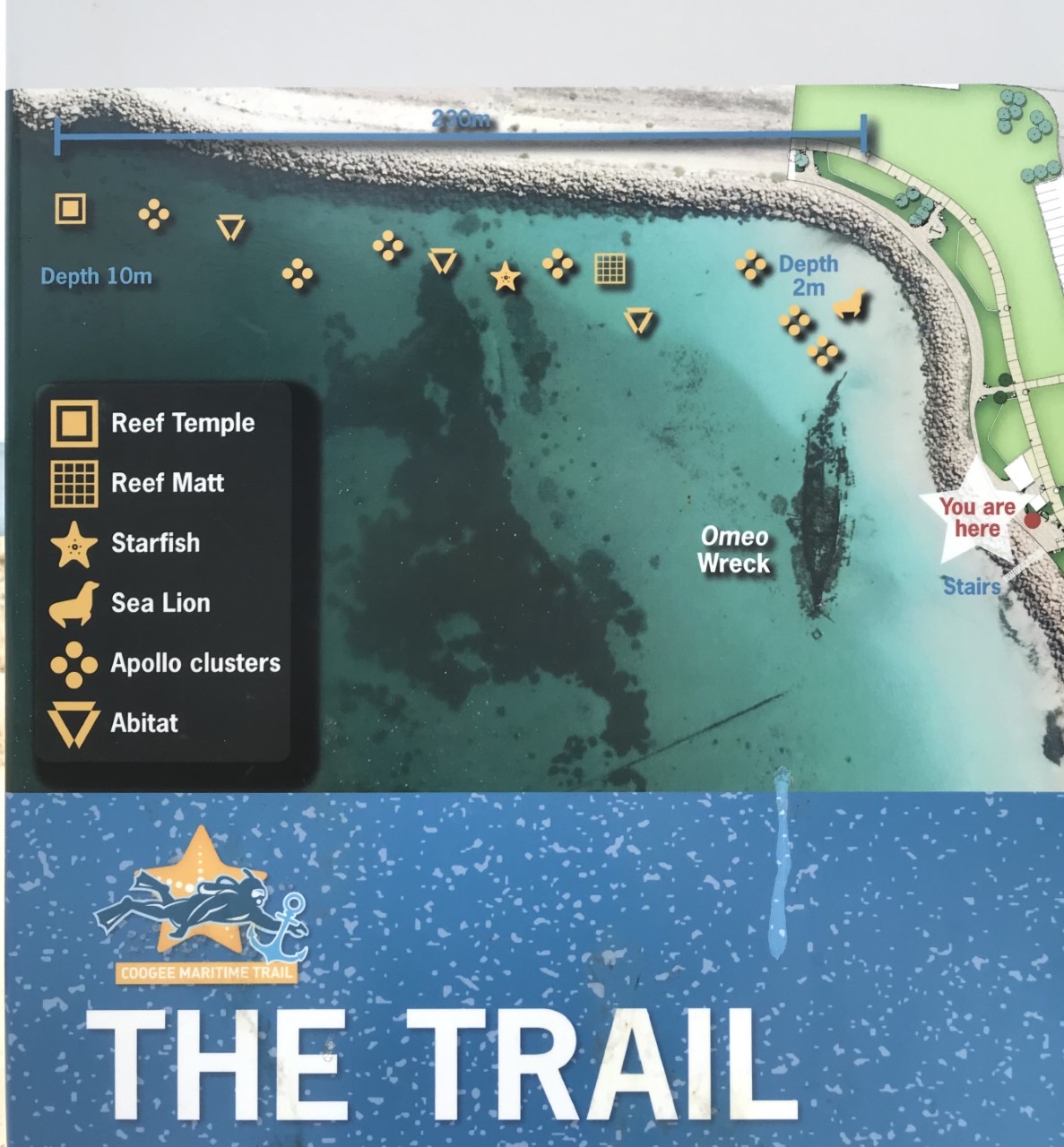 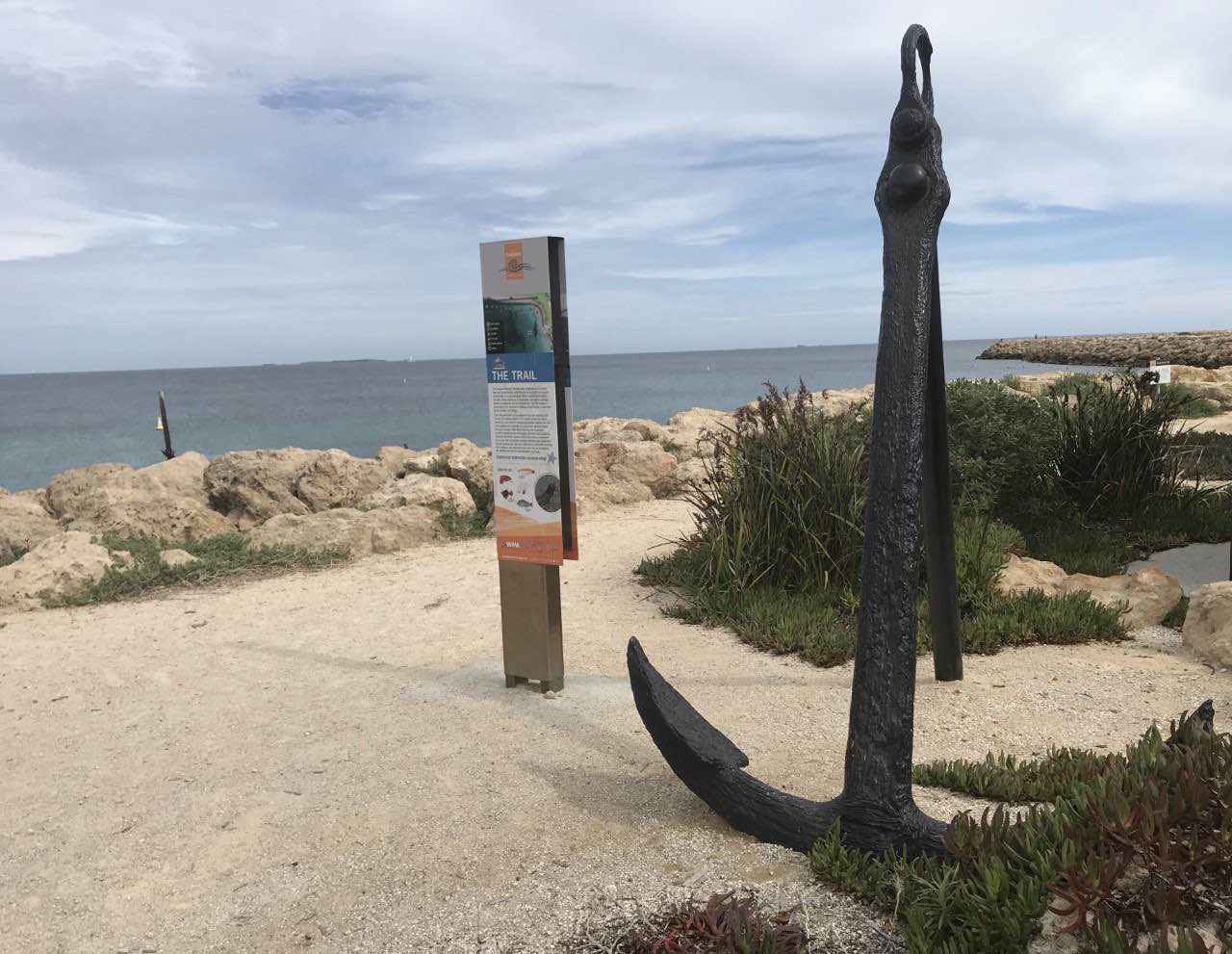 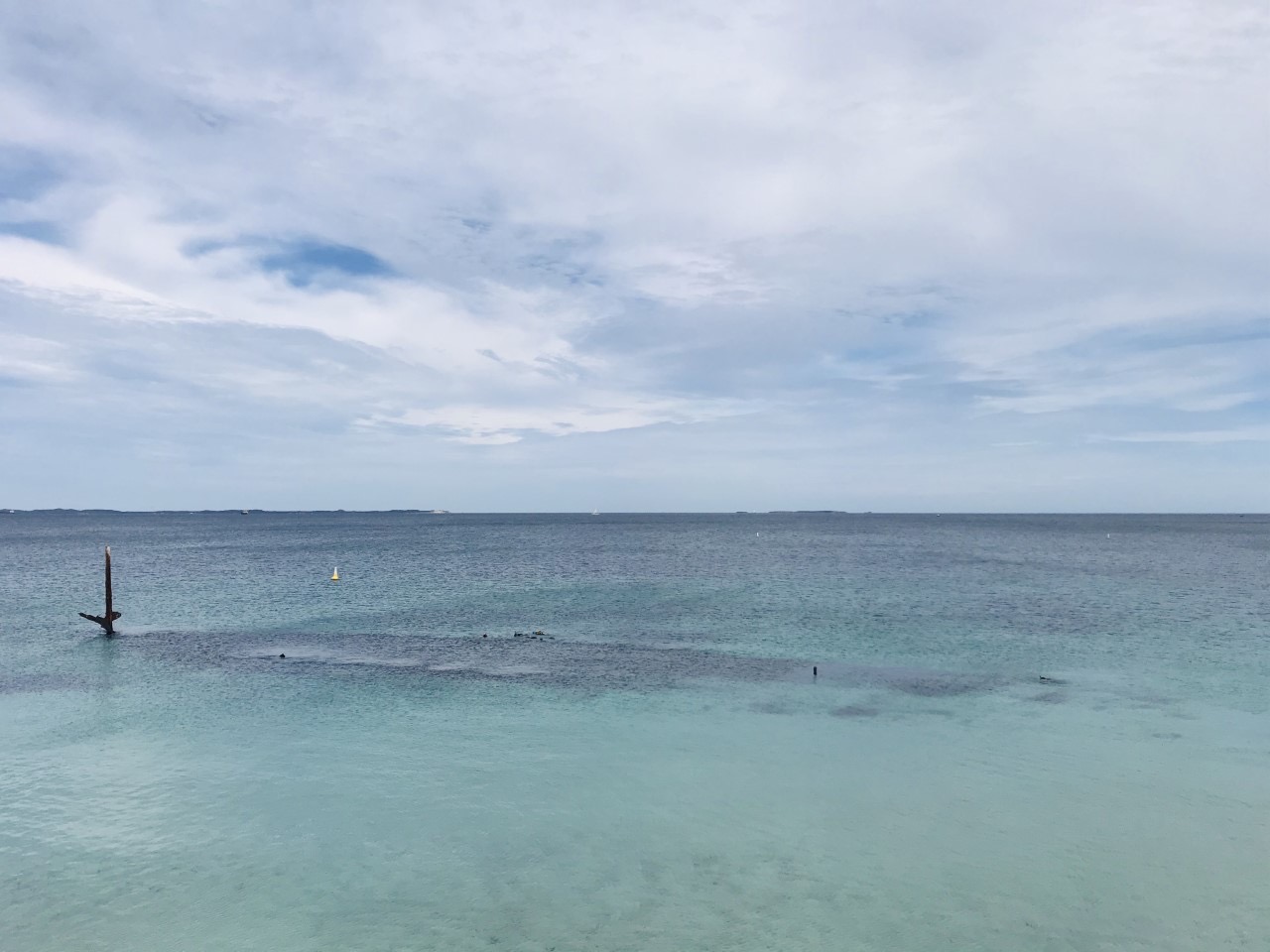 Having explored the wreck, I follow the Coogee Maritime Dive Trail that opened in 2016. The trail starts at the wreck and continues 300 metres west following the breakwater of Port Coogee. There is an underwater art gallery with 33 pieces ranging from small concrete structures to a 5m tall reef temple. An old railway wheel and anchor discovered when Elizabeth Quay was being constructed are part of the gallery.

I duck-dive to look at some of these structures and their developing aquatic ecosystems.

As I snorkel towards shore, a large ray glides beneath me. The area is a no fishing zone and boating is prohibited within 100m of the shore. 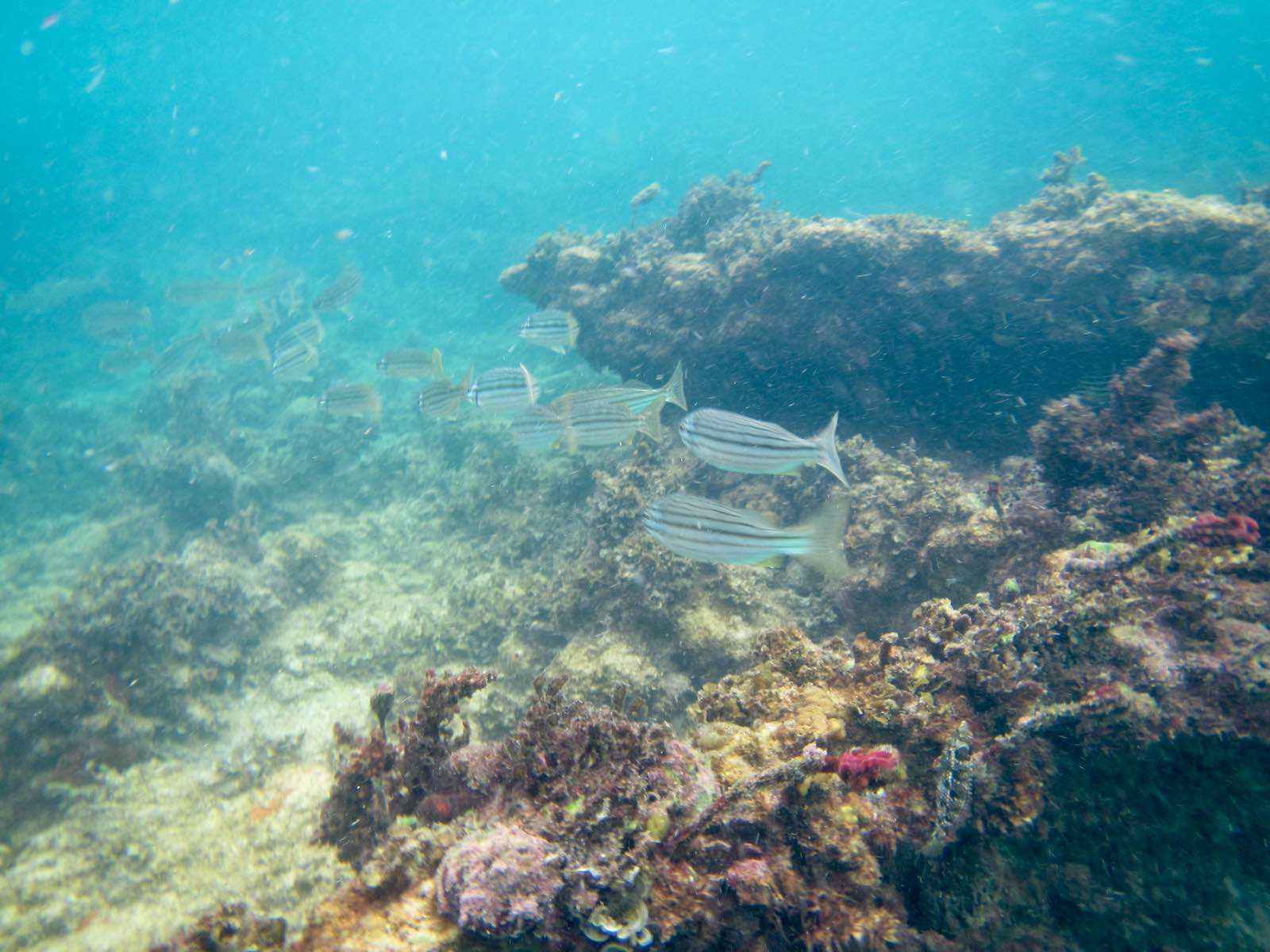 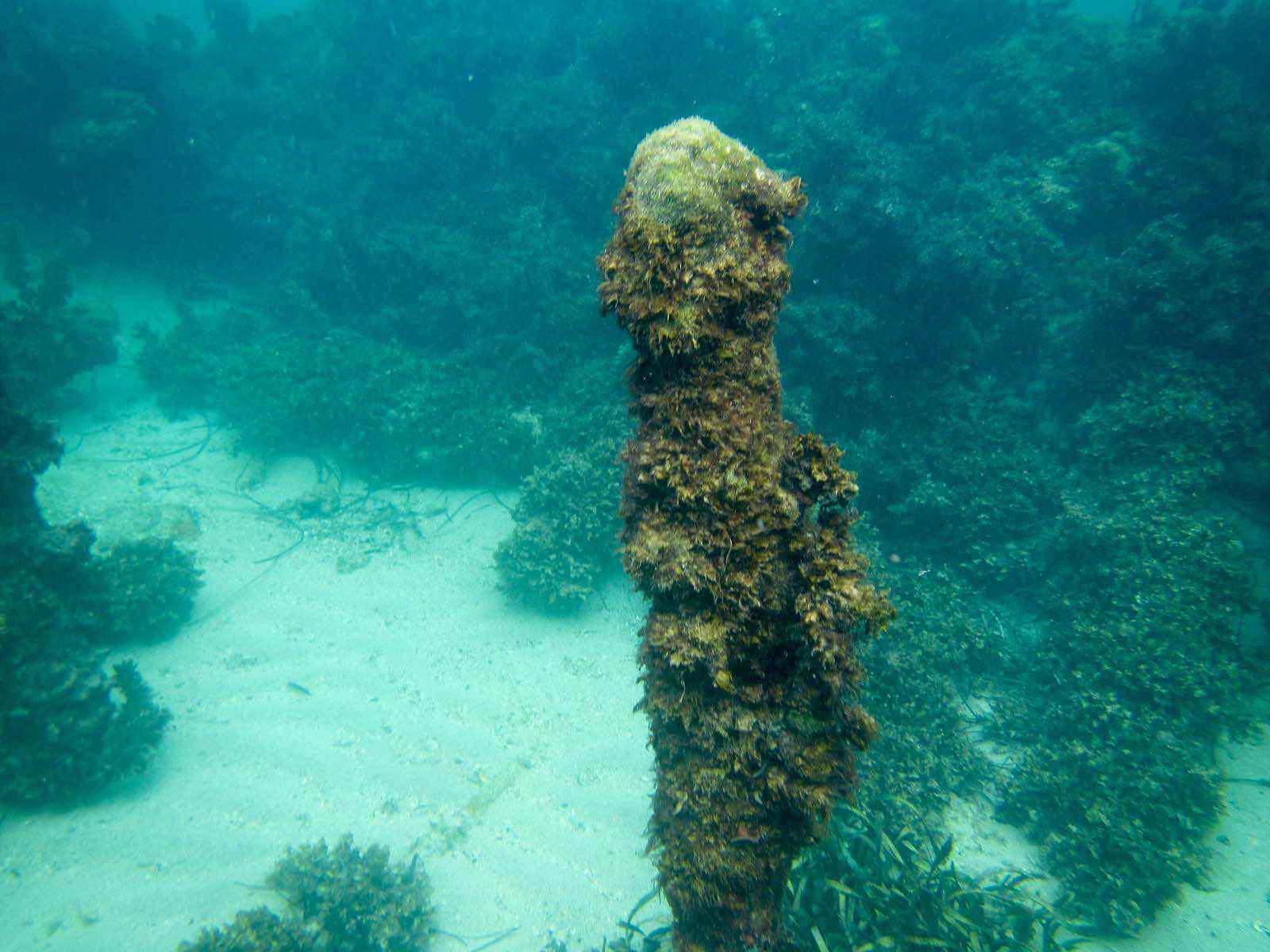 There is a land based walk trail along the Port Coogee pathways for landlubbers with restored Omeo anchors and information signs about maritime history and aquatic life.

Hopefully, you will be able to snorkel on the Omeo before too many months pass. Let’s hope so.

In the meantime, there are other undersea options.

Busselton Jetty Underwater Observatory is currently closed but also offering online tours of the marine life that live outside the observatory windows. Viewing is by donation.

And finally, for when you emerge in a post-Covid space, something to add to your travel bucket list and mine – a stay at Australia’s first underwater reef-suites on the Whitsundays, where you can sleep under the sea!