Home 2020 February 10 How Big Is Your Carbon Footprint?

How Big Is Your Carbon Footprint?

February 10, 2020February 12, 2020 in Life, Law & Culture
Everyone’s talking about carbon footprints at the moment.  Countries, large companies, small ones are all taking up the challenge. During the week the CEO of Telstra, Andy Penn reminded us that we also need to look at our personal footprints too, see here.
If you go on the www you’ll find a range of ways to calculate your own footprint. Personal carbon footprint calculators abound. You can soon assess your own practical and moral worth as a clean planetary citizen! Using some of the calculators requires advance research by pulling out your last energy bills and the like. But they’re not too complicated.
I quite like the World Wildlife Fund one, even though it’s UK focussed. It is a super-slick online questionnaire that you can complete quickly without too much prep, have a look here.
While it is UK focussed it is still relevant to a Fremantle-based person. The UK per capita footprint is a little less than Australia’s. You can use the calculator result bearing that in mind. See the country averages chart that follows. 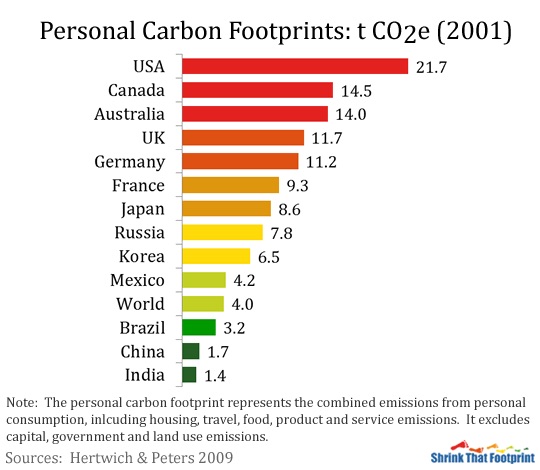 On that note, while some of the published statistics look only at CO2 emissions, others include all greenhouse gas emissions as well. The stats often date from before the 2011 Paris Agreement, but even so they permit a reasonable averaging of personal footprints in major countries that remain relevant for this discussion.
As Lindsay Wilson at shrinkthatfootprint.com and many other analysts have said, the personal footprints we are talking about are the sum of housing, travel, food, product and service emissions, so they exclude the capital, government and land use emissions that don’t result from personal expenditure.
Other research suggests that in 2018, CO2 emissions per capita for Australia was much higher, at 16.77 metric tonnes, and that Australia’s CO2 emissions per capita has fluctuated substantially in recent years.
So the final figure would appear to depend on whether the per capita calculation includes the capital, government and land use emissions that Lindsay Wilson mentions.
Bearing all that in mind, the average person in countries like the US, Canada and Australia has great potential to shrink their personal footprint.  Someone with a footprint as big as 14 (or 17) tonnes, like us in Australia, should be able to reduce it significantly just by acting on the major parts of our footprint. A recent article from the BBC neatly illustrates the proposition. 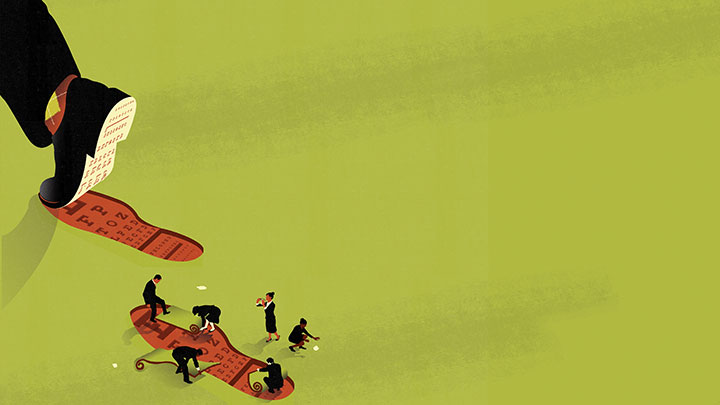 This might typically be achieved by reconsidering our practices in relation to car travel, heating, electricity use, meat eating and flying. Less of it in each case!
When I did the WWF questionnaire I found my carbon footprint was about a third more than the 14 tonne Aussie average (and just above the 17 tonne figure). And a long way from the World average of 4!
In my case, the largest contributing factor was my flying, including domestic and international travel. Even with offsetting my flights by paying money to support reforestation projects, it was still a good half of my total footprint on the 14 tonne average.
Try the the calculator for yourself. It’s both fun and informative. Like all such things, the inputs determine the output. Being honest about your inputs is the greatest challenge!
The point of these calculators though is not complete accuracy but to get you thinking about how we individually contribute to CO2 emissions and so how we might collectively have a real impact in reducing carbon emissions.
The point is this: seemingly small changes in human behaviour can make a big difference to our overall integrity and performance as a species. As someone once said, from little things big things grow!
Let’s know how you go and what you think!
Share this
Related Articles