October 29, 2019October 30, 2019 in Fremantle People
Bruce Menzies has lived an interesting life. From the Western Suburbs of Perth. Private school educated. UWA Law. Overseas Australian Government posting. Married with two boys. Lawyer in Fremantle and Perth. Then the taking of the ‘Orange’ and the name Anand Murti, a communal life at Poona, India, and then at ‘The Ranch’ in Oregon, USA, as a disciple of Osho, as the Bhagwan Shri Rajneesh later came to be known.
As Bruce asks in his most recent, highly readable and wonderfully informative book, Whirlpool – In & Out of a Spiritual Washing Machine, published by Write-Read-Yarn, 2019, why would a thirty-something football-playing, cricket-loving, agnostic lawyer abandon a comfortable suburban existence in favour of an Indian ashram? How would he, his wife and the two small boys manage that radical transition? What would be the reaction from family and friends affected by this move in 1978 from Perth to Poona? And how would it all pan out?
To find the answers to these, and other, questions you may have always wanted to ask Bruce and those who became Sanyassins way back in the 70s, you must read this book.
Bruce covers his own history and background before heading to Poona in a very open way. His story will resonate with so many baby boomers, and especially the male ones.
Then he talks about life in a commune both at Poona and at The Ranch, the infamous Ranch, where Ma Anand Sheela figures in the story.
(And, yes, it appears there was free love!)
In 2018, Netflix took many back to these times with their documentary Wild Wild Country. In a Guardian article on the Netflix series, the Orange people or Rajneeshee, as they were often known in the world outside the commune, were described as ‘The free-love cult that terrorised America’. Well, Bruce was there, and much of his book reflects on what ultimately happened when the organisation collapsed and Ma Sheela and some close to her were convicted of some quite bizarre offences.
Osho passed away 20 years ago, this coming year 2020. But the debate still goes on, especially amongst Osho’s former devotees, as to whether he shares direct responsibility for what happened.
Bruce Menzies deals with that question, and also about what the responsibilities of a spiritual leader are. His prescription is relevant not just to Oshos, but spiritual leaders wherever they are to be found.
Since those days, Bruce has had a further rebirth as a writer. His books include The Warp & the Weft (a family history), The Denmark Seduction (about life in a small town), Percolating in Provence (a photo-journal), and three novels – Absence Makes, Ascending Sideways, and Dreaming South Terrace. As I say, Whirlpool, a non fiction is his latest. To find Whirlpool, and Bruce’s other works, go to www.brucejamesmenzies.com
In the interview that follows, I asked Bruce many questions around the Whirpool time in his life, as well as his introduction to writing. He is, as you will hear, a deeply thoughtful, inquiring and open person who is, one suspects, even more so because of his encounters with Osho.
Direct Download 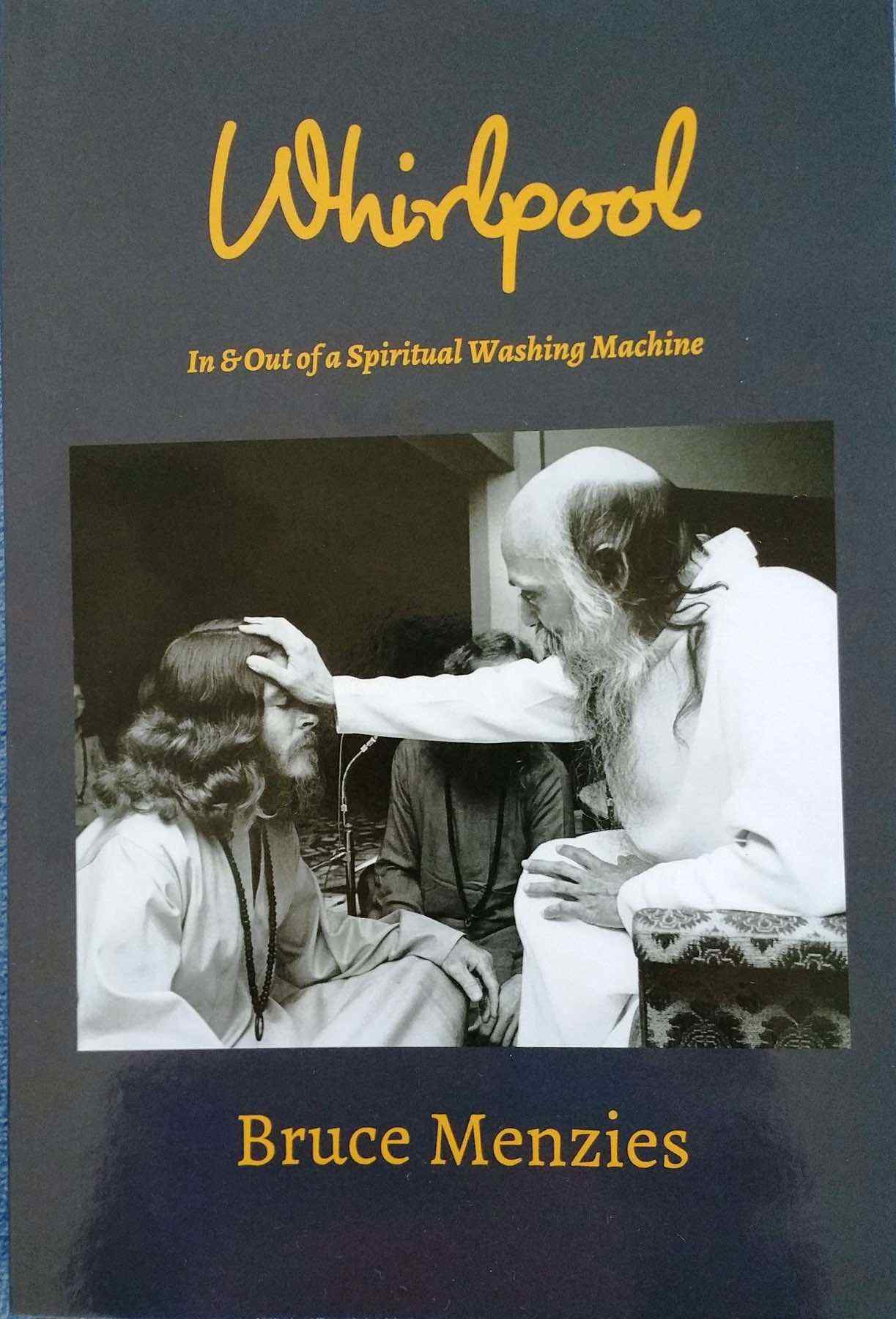